The original article appeared in the VRScout.com on January 17, 2019 –  https://vrscout.com/news/vr-ford-co-pilot360-technology/

Arguably one of the most alluring selling points of a current Ford Motor Company brand vehicle is the inclusion of the companies advanced driver assist system, a.k.a. their Co-Pilot360 technology. Featuring a suite of features, from a Blind Spot Information System to Pre-Collision Assist, the platform is capable of detecting a wide range of potential hazards while on the road. But just how well does it stack up against an actual human driver? 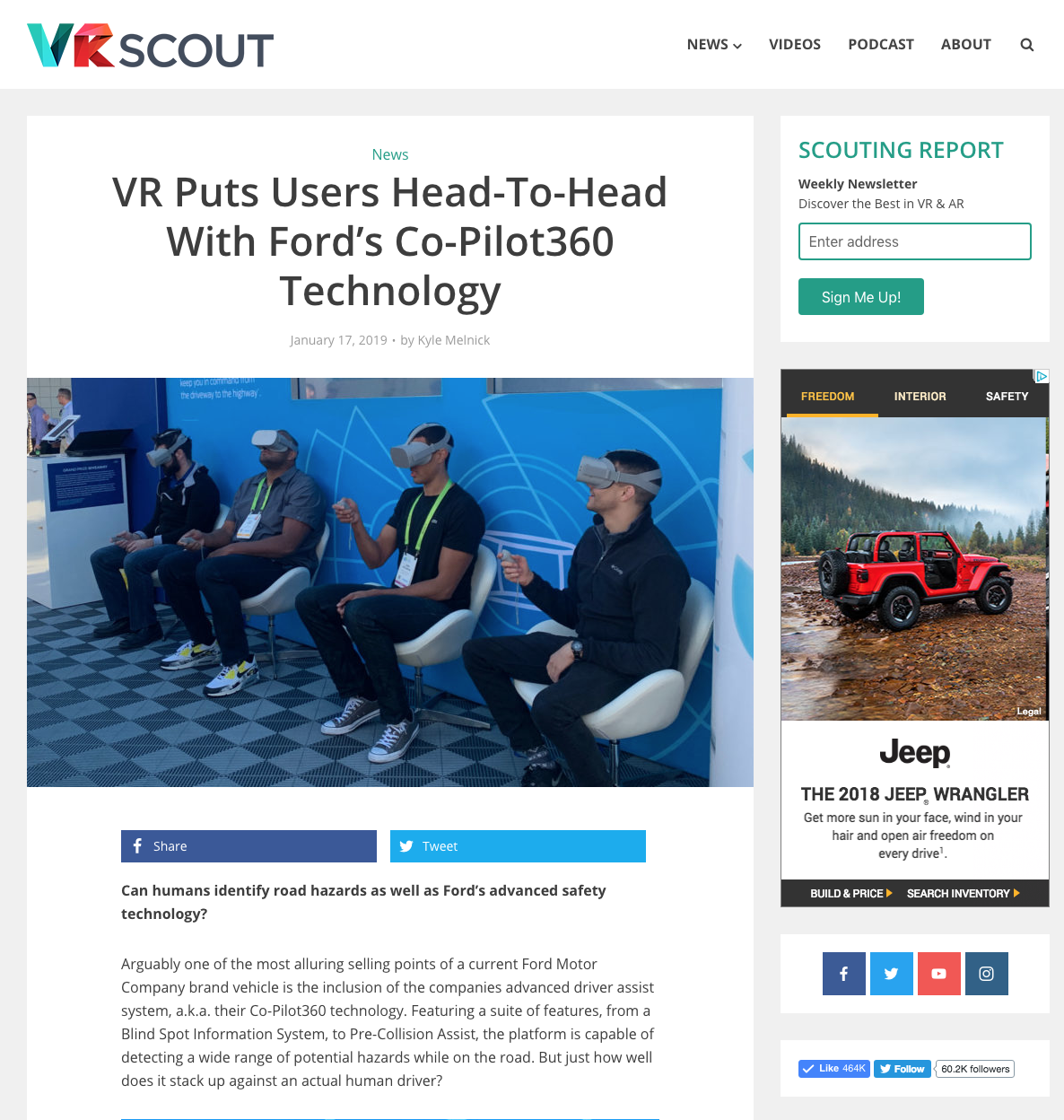 Ford went to work conducting this exact experiment themselves during this year’s recent Consumer Electronics Show in Las Vegas, Nevada, offering show attendees the opportunity to go toe-to-toe with Co-Pilot360 in a one-on-one fight for the title of “Most Vigilant Driver.” Users strapped into Oculus Go standalone headsets and were transported into the driver’s seat of the 2019 Ford Edge tasked with navigating a range of real-world road hazards meant to showcase the capabilities of their various driver-assist applications. Throughout the 6-minute interactive experience, users traveled from their home to a highway, and finally into a bustling city, each fraught with dangerous real-life scenarios.

As users navigated the various obstacles that lay before them during their virtual commute from hell, the application tracked where they were looking throughout the experience and determined a score based on their percentage of correctly-identified threats. The Oculus Go controller could also be used to identify hazards by simply pointing and clicking on specific instances throughout the experience. Once completed, scores were then wirelessly uploaded to a leaderboard system attendees could view on-site.

After the experience, players who had opted into Ford’s CRM app then received an email including a 360-panoramic image taken directly from their experience embedded with their overall score percentage. By having participants utilize their CRM tool, Ford was able to provide an engaging immersive experience that effectively demonstrated their driver assist system, while simultaneously collecting data on attendees car buying interests.

With multiple companies having offered their own car-related immersive content at CES, such as Audi’s Holoride backseat VR entertainment technology or Intel and Warner Bros. Batman-themed self-driving car with “augmented” windows, it’s clear the automotive industry has found plenty of use for immersive technology, both in entertainment and safety.