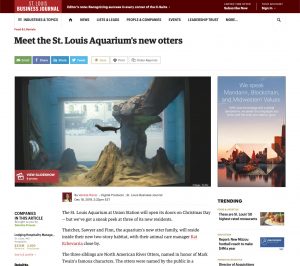 The St. Louis Aquarium at Union Station will open its doors on Christmas Day — but we’ve got a sneak peek at three of its new residents.

Thatcher, Sawyer and Finn, the aquarium’s new otter family, will reside inside their new two-story habitat, with their animal care manager Kat Echevarria close by.

The three siblings are North American River Otters, named in honor of Mark Twain’s famous characters. The otters were named by the public in a Facebook contest in September.

Their habitat is located in the aquarium’s Changing Rivers gallery and the upper otter area includes a waterfall and slide, dig pits and a sleeping den. The lower level of the otter area is a water play environment where the three otters can swim and chase each other, offcials said. After arriving in St. Louis in September, the three otters lived at the World Bird Sanctuary in St. Louis while their habitat was being completed. The three siblings — two are female and one is male — came from Flamingo Gardens in Florida. 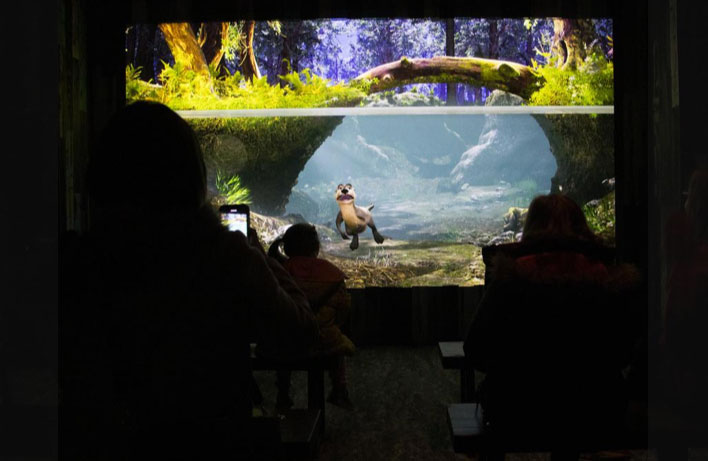 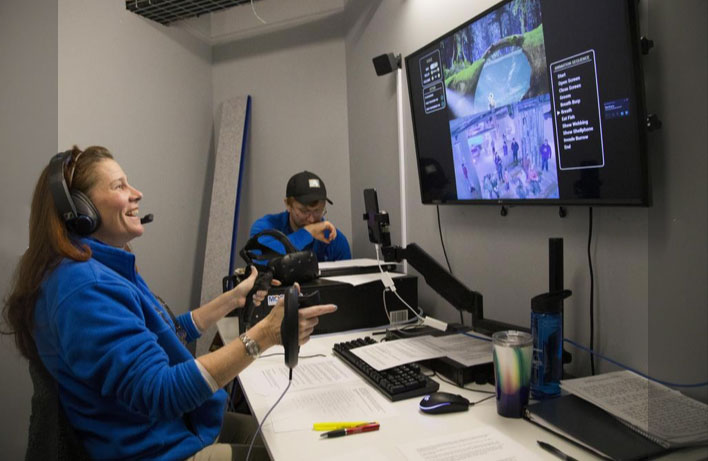 The team operates the controls behind the scenes for Tommy the animated North American River Otter at the St. Louse Aquarium at Union Station.

For more information on the #KrisStops campaign, click here.