Ever Wondered What it’s Like Inside a McDonald’s Happy Meal? 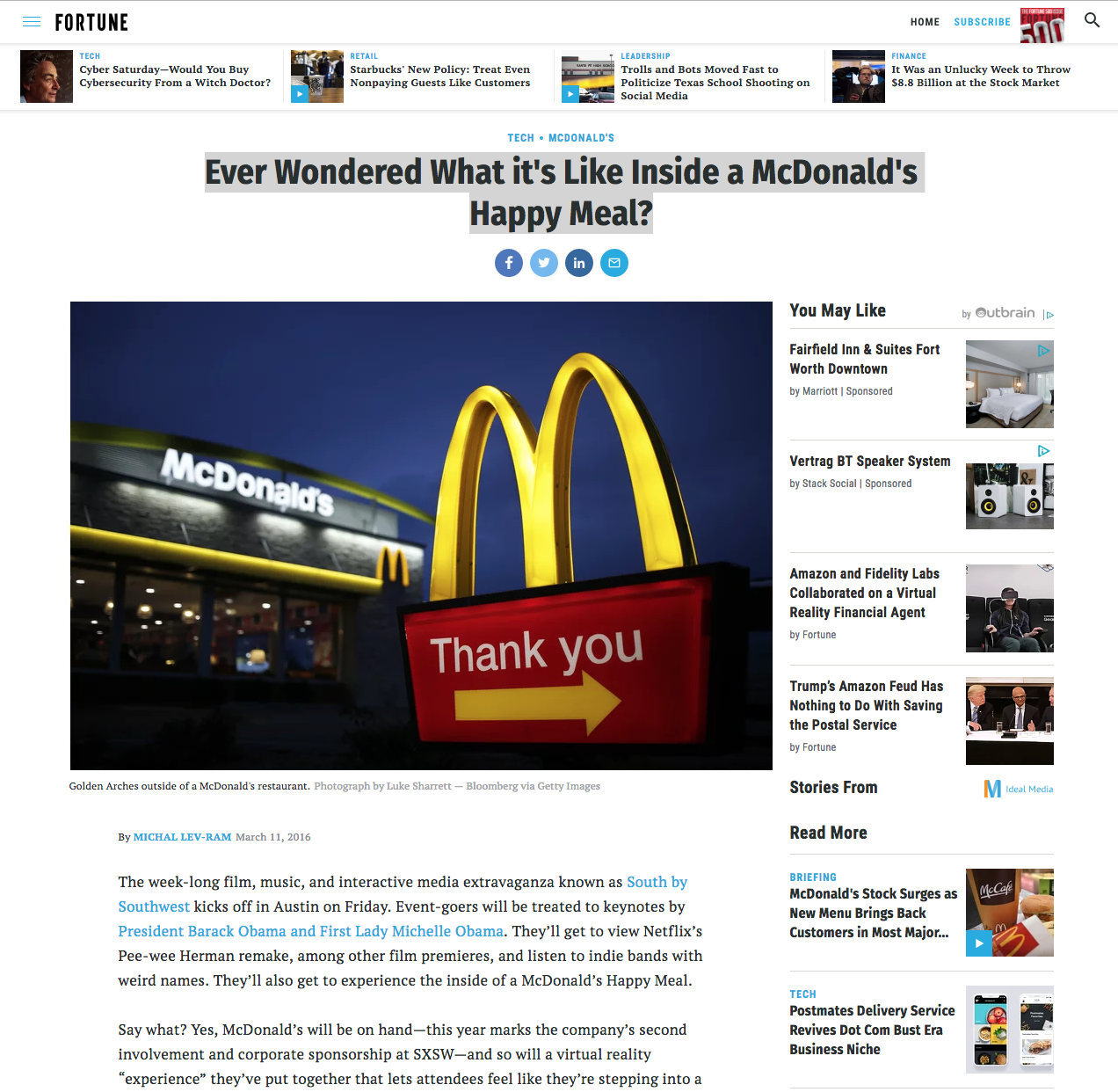 The week-long film, music, and interactive media extravaganza known as South by Southwest kicks off in Austin on Friday. Event-goers will be treated to keynotes by President Barack Obama and First Lady Michelle Obama. They’ll get to view Netflix’s Pee-wee Herman remake, among other film premieres, and listen to indie bands with weird names. They’ll also get to experience the inside of a McDonald’s Happy Meal.

Say what? Yes, McDonald’s will be on hand—this year marks the company’s second involvement and corporate sponsorship at SXSW—and so will a virtual reality “experience” they’ve put together that lets attendees feel like they’re stepping into a giant Happy Meal. According to the fast food chain, users will get to custom design the interior of a Happy Meal Box with virtual paint brushes, balloons, and lasers.

Here’s how it works: Users wear HTC Vive virtual reality goggles and step inside the “experience.” Using two hand-held controllers, they can then pick their brush or other tool and decorate away. When done, they’ll be able to share their creation across social media. The gimmicky exhibit, which was co-developed with a VR studio named Groove Jones, is just one example of the company’s recent efforts to transform its image (and offerings) via a new digital strategy, part of which is being more open to collaborations with smaller, more innovative companies. And, apparently, sponsoring SXSW.

“The main driver for our presence [at SXSW] is to demonstrate that we’re open for business with the tech ecosystem,” says Atif Rafiq, McDonald’s first chief digital officer, who joined the company about two years ago. “Being at SXSW makes that clear.”

In addition to the VR experience, McDonald’s has another, more practical techie demo at SXSW: self-service kiosks that let attendees order their own McNuggets. (The machines don’t actually make the food, which needs to be picked up at a nearby counter.)

“We see our mission as bringing a new level of everyday convenience and fun to the world,” says Rafiq. “We know where we have strength and what people know us for. We’re not trying to get into something that’s foreign for us.”