Western Union wanted to highlight their partnership with the Denver Nuggets this season through an interactive AR (augmented reality) mural experience installation at the Pepsi Center. Groove Jones was tapped to bring the mural to life.

The AR experience is part of a fan engagement campaign that takes place on-site.

The mural art was created by local Colorado artist Pat Milbery. Pat has worked on several murals throughout the Denver area and was selected to create the “Our Home. Out Team.” mural, which incorporated the Denver skyline, the new Western Union building, and the Rocky Mountains. 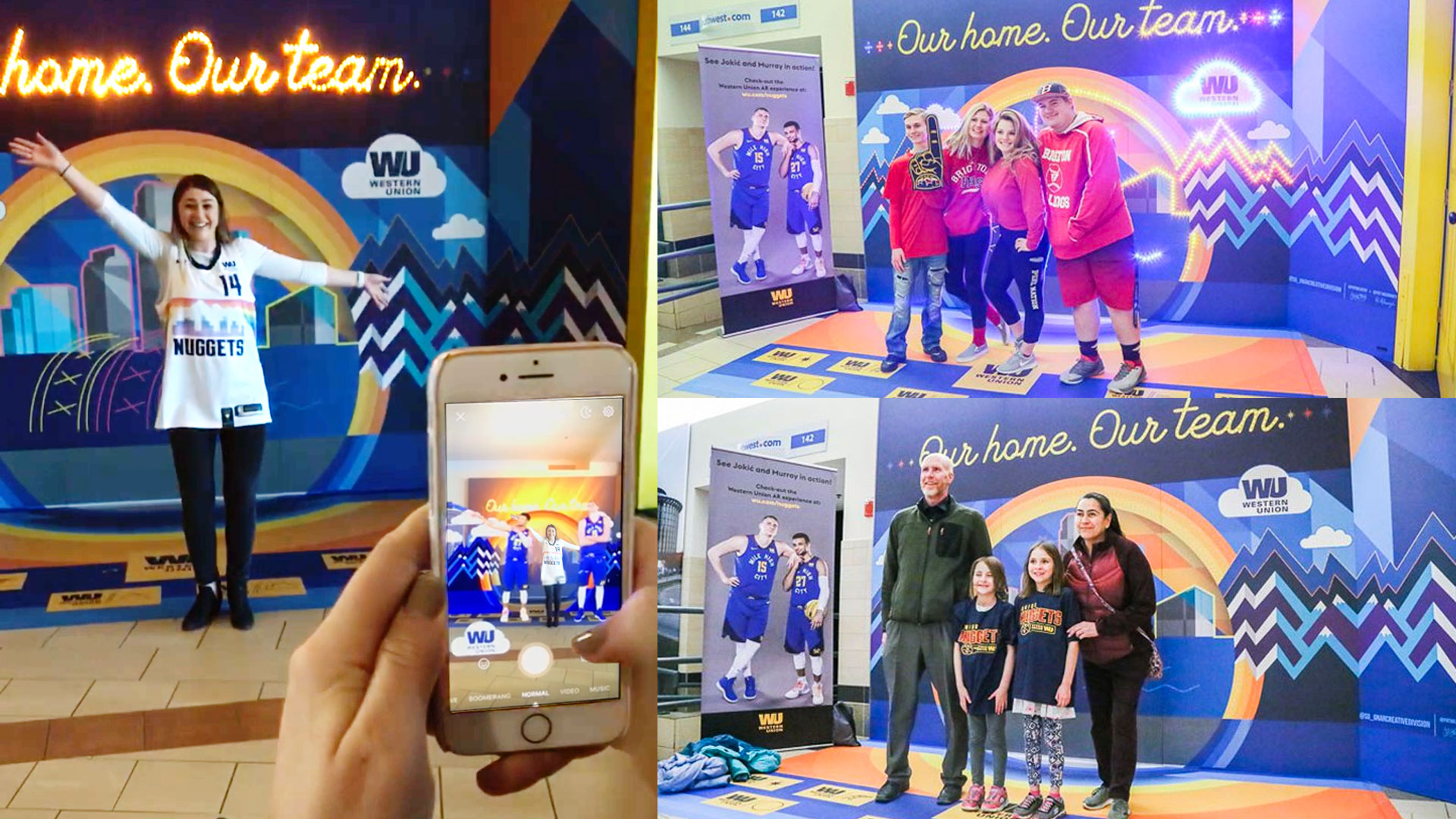 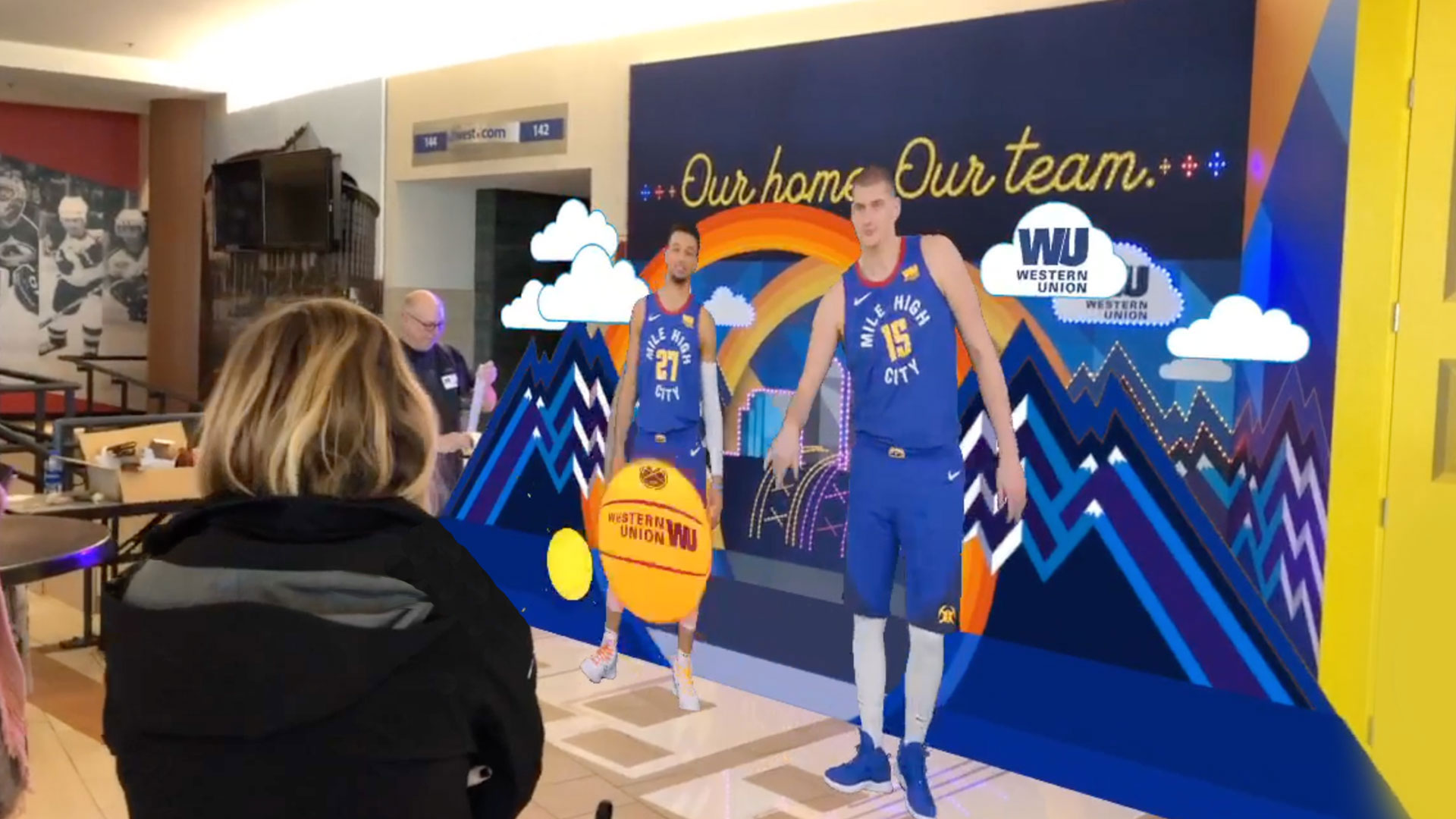 The interactive mural is located within the Pepsi Center, outside of Section 142 seating. The activation area includes the mural as well as the giant yellow door used in the traveling “Yellow Door” campaign throughout the summer months – https://www.groovejones.com/western_union_social_ar/. 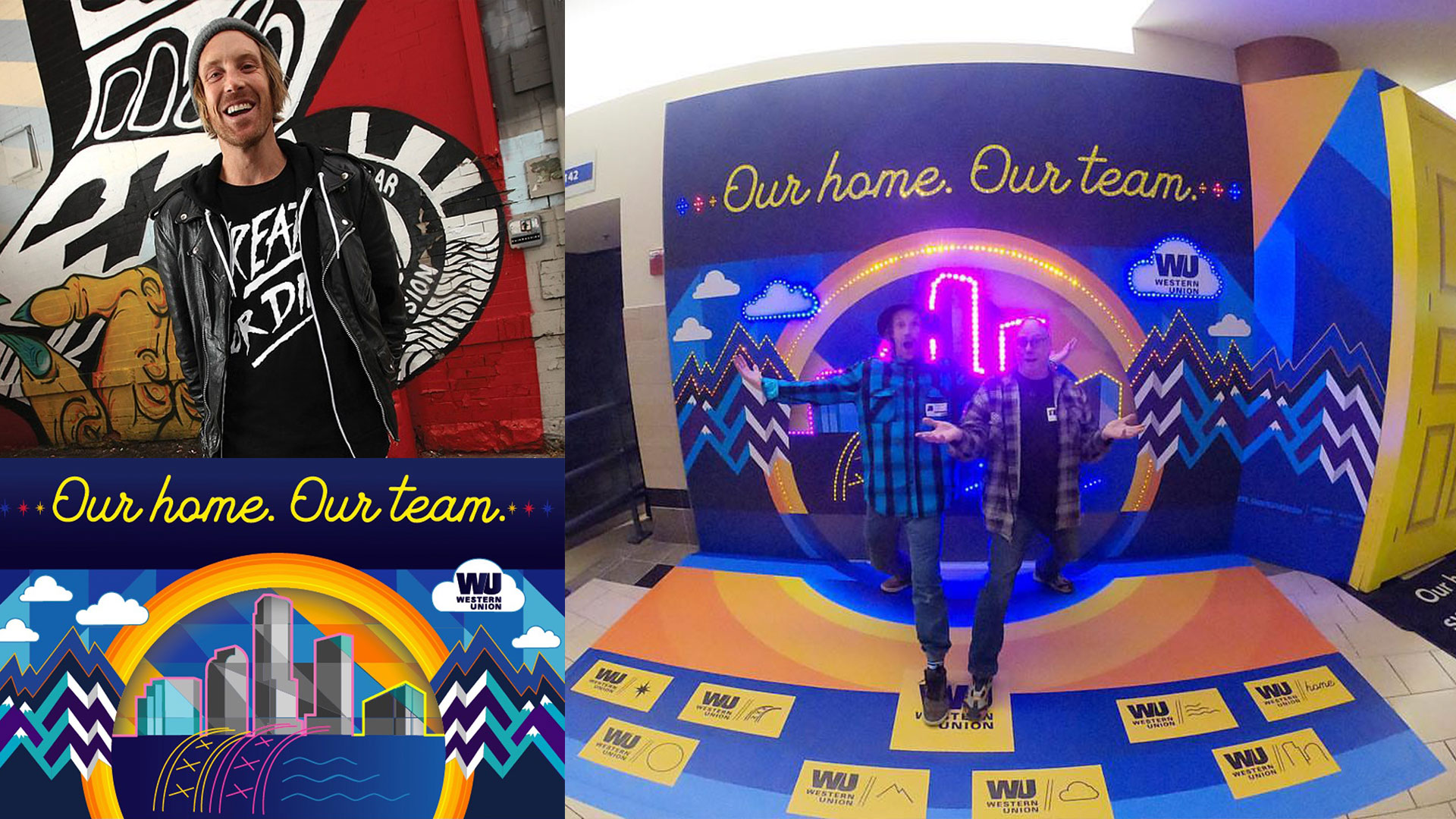 The mural also features an interactive floor, which illuminates various graphical elements with LED lights built into the structure. Tigris Marketing helped coordinate the efforts of the team which consisted of Pat Milbery, Groove Jones and the mural installation partner, Activate. 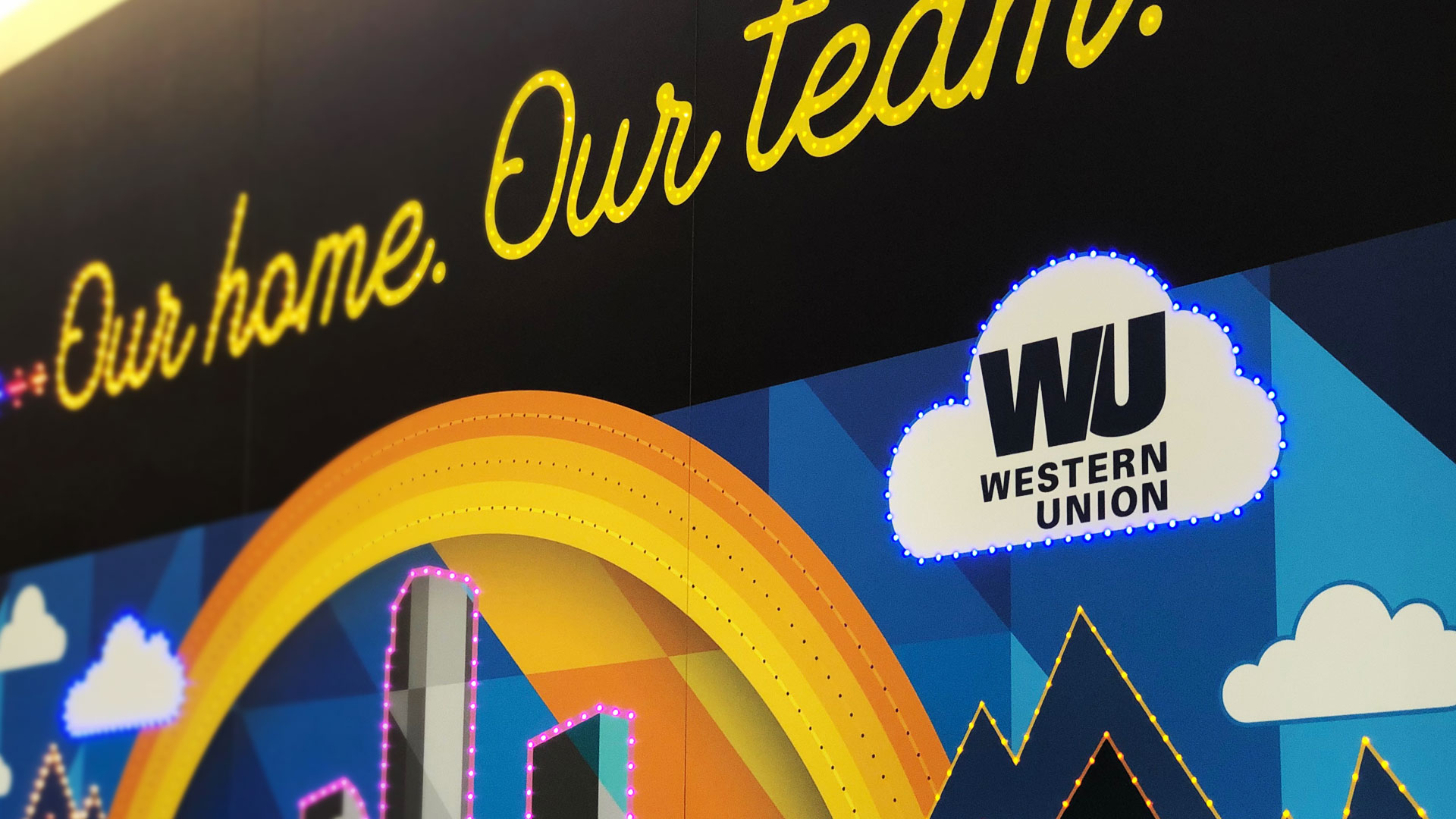 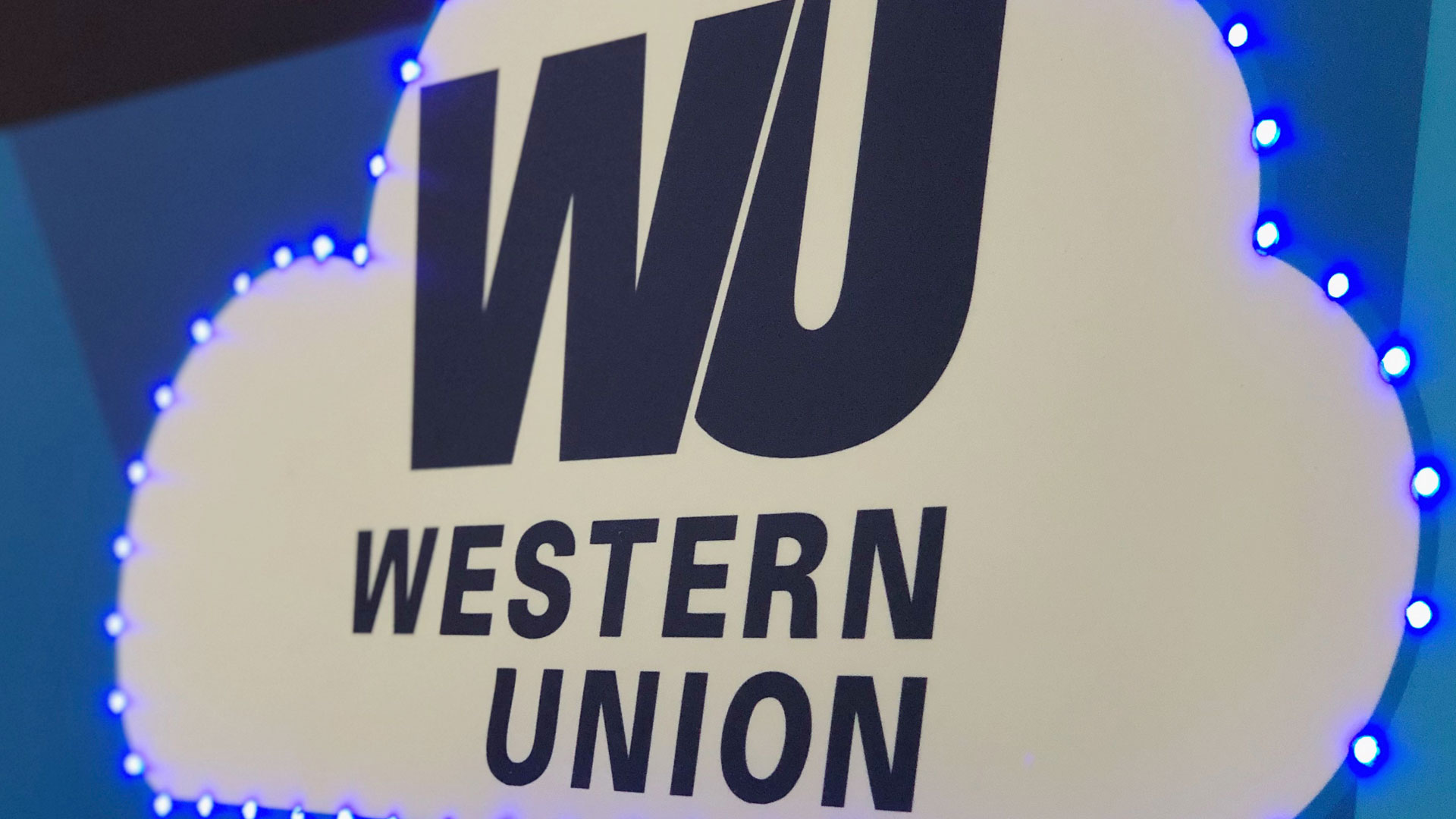 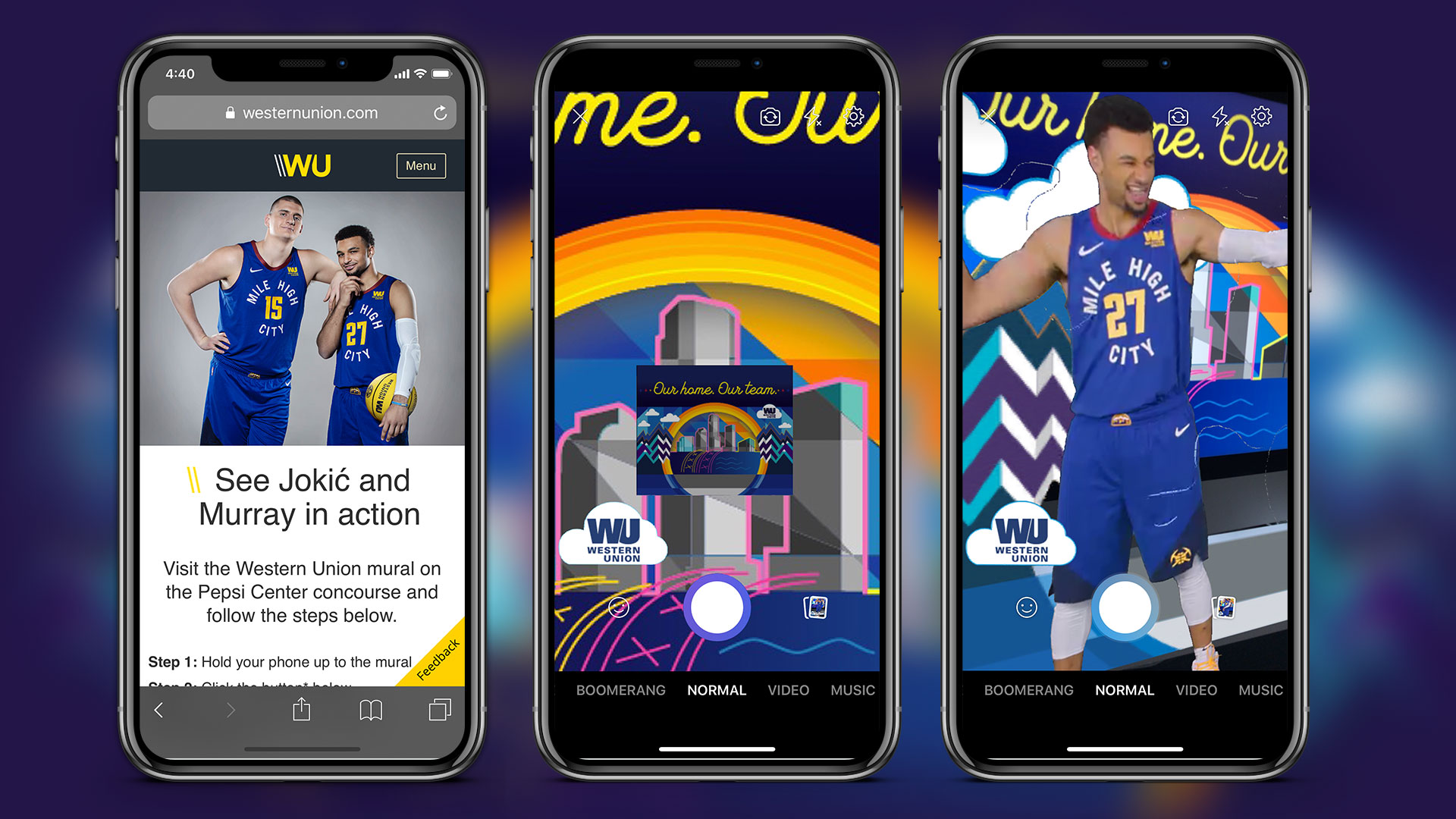 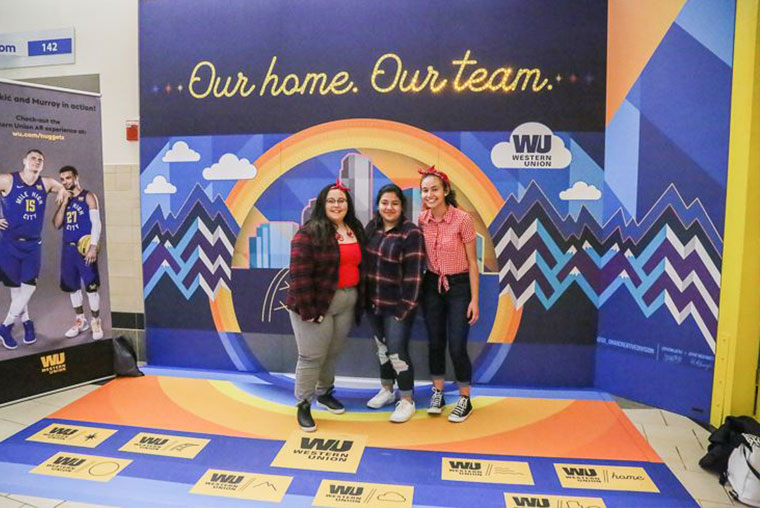 In order to launch the experience, we directed fans through a specially built landing page that connected them to the correct filter. 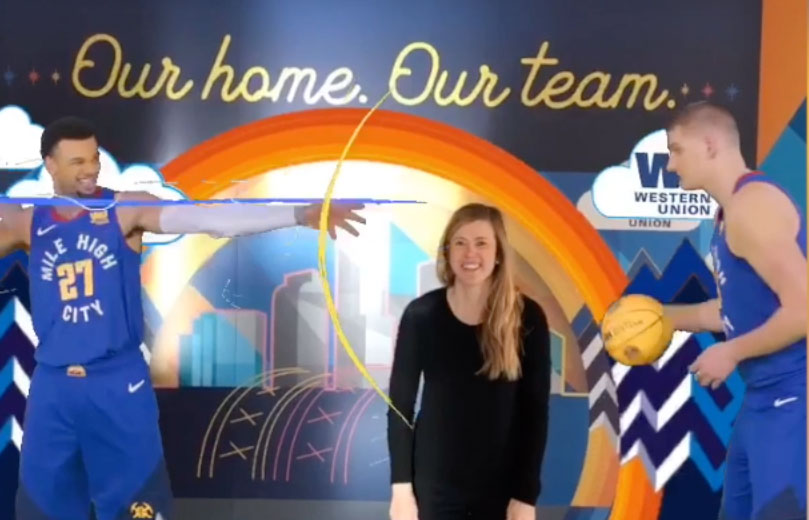 The filter was developed using IR (Image Recognition) to activate when it sees the wall mural. Once activated the Denver skyline animates and raises out from the wall. Then Jamal Murray and Nikola Jokić appear on opposite sides where they pass the ball to each other. Then Jamal Murray breaks out his signature “Blue Arrow” celebration shot, accompanied by fun visuals.

The filter is available through Facebook and as developed using Spark AR. 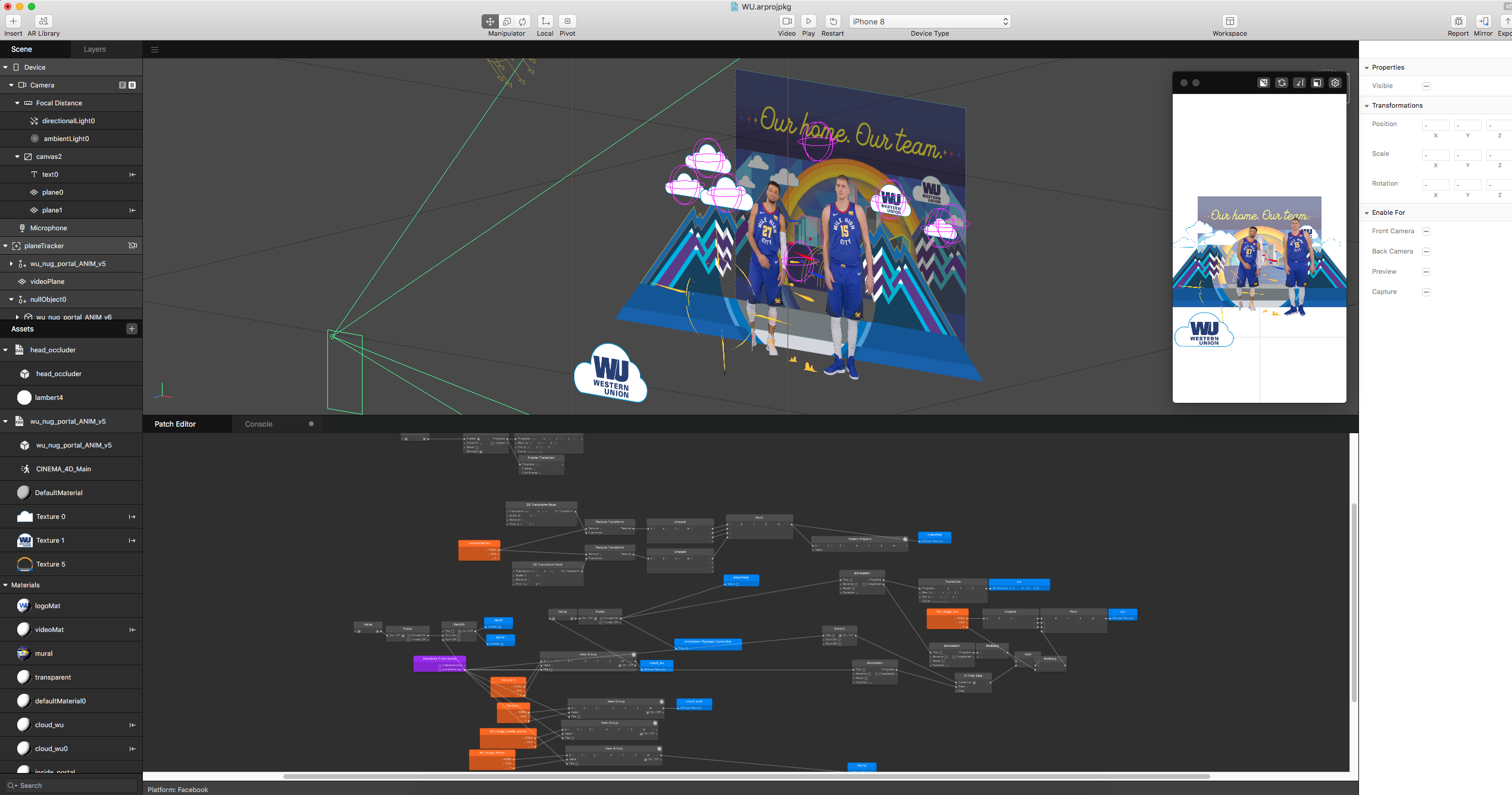 Not in Denver? You Can Still See the Denver Nuggets in Augmented Reality on Your Phone.

In order to participate, you’ll need to have two devices available – a computer/tablet and a mobile device. 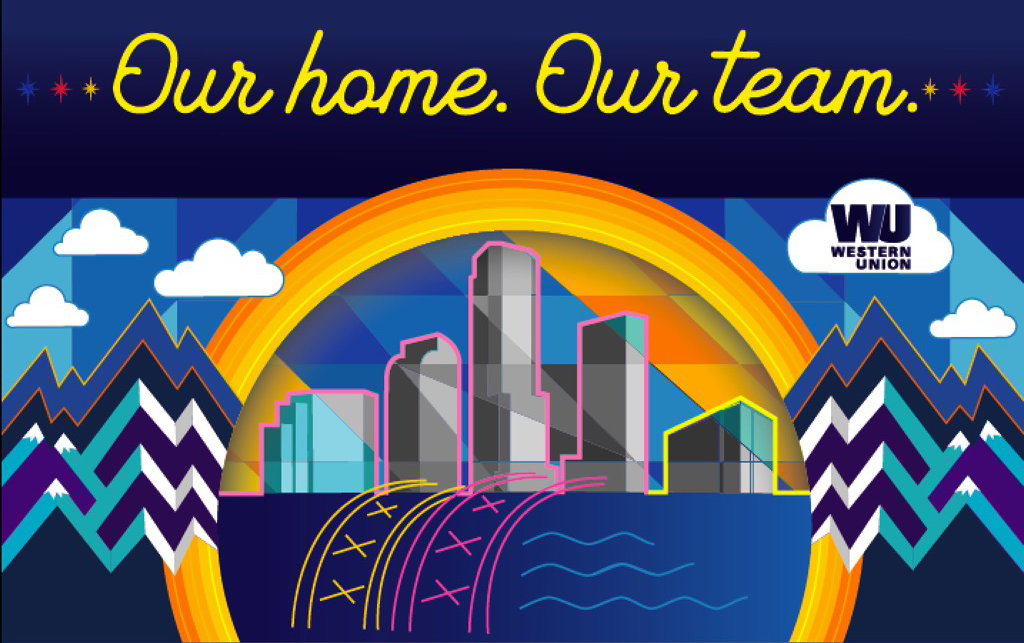 The production was launched via a social media campaign on both Western Union and Denver Nuggets Twitter and Facebook pages as wells as onsite at the Pepsi Center via a brand ambassador team that helps run the experience during games. 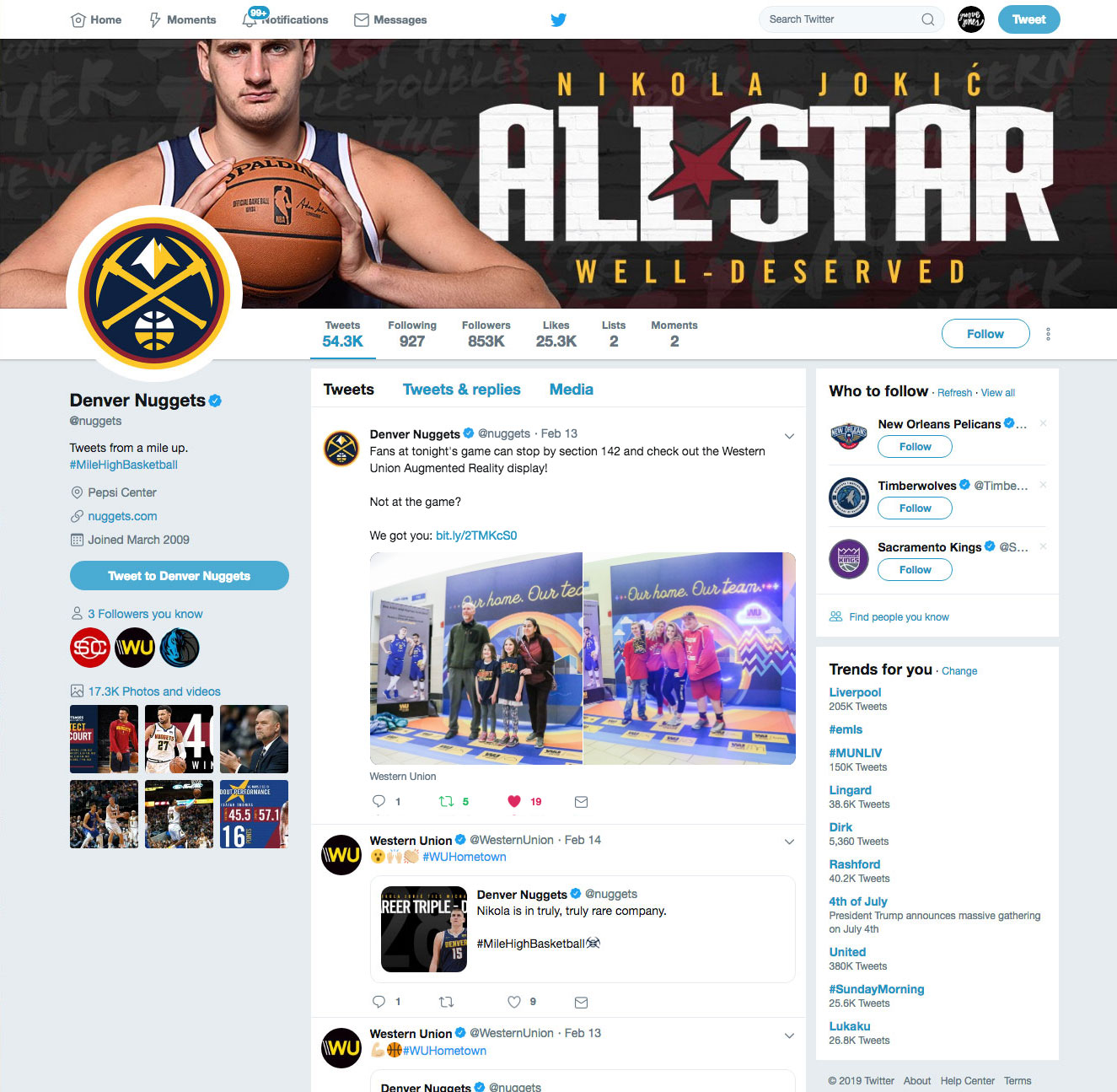