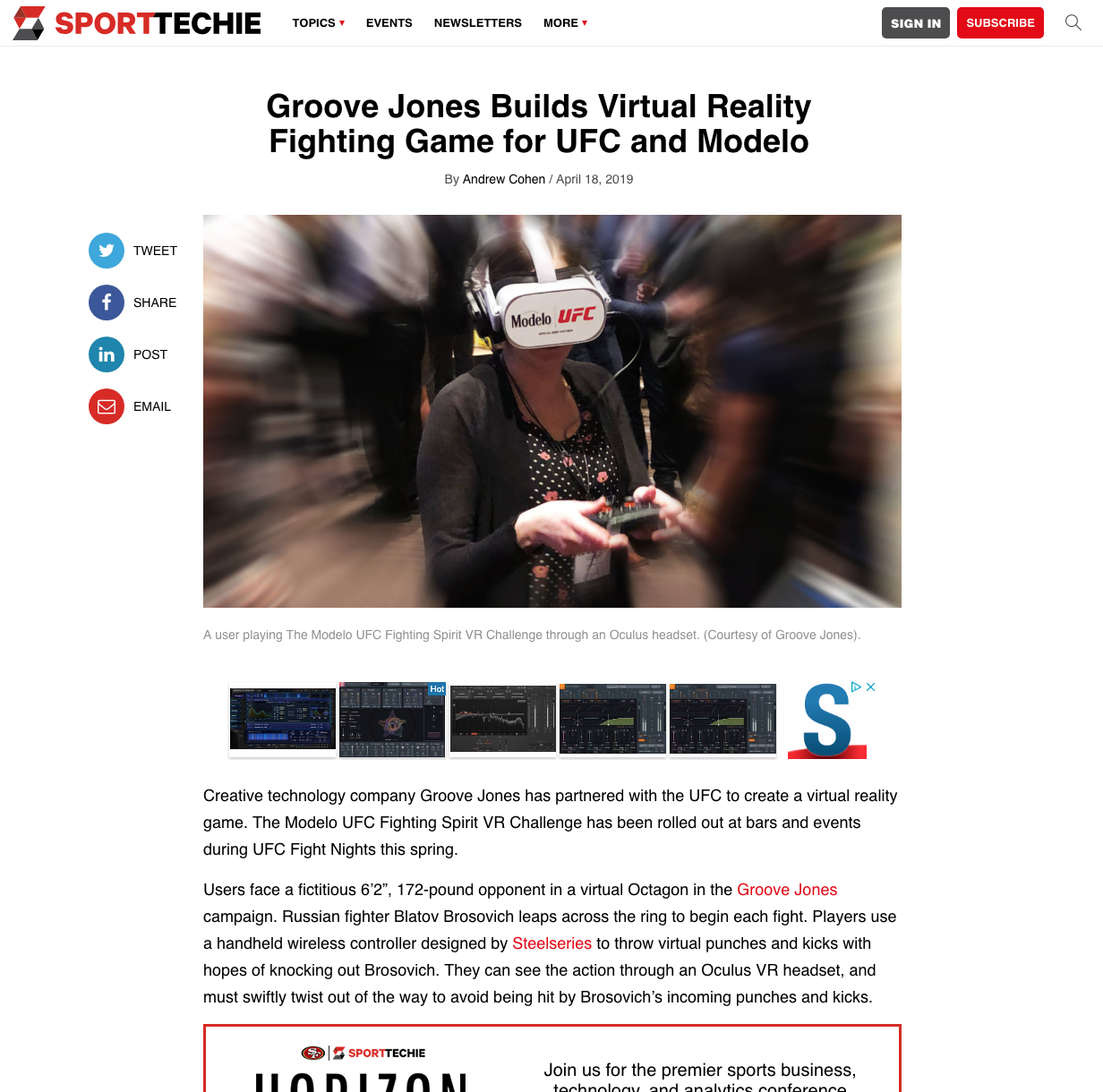 Creative technology company Groove Jones has partnered with the UFC to create a virtual reality game. The Modelo UFC Fighting Spirit VR Challenge has been rolled out at bars and events during UFC Fight Nights this spring.

Users face a fictitious 6’2”, 172-pound opponent in a virtual Octagon in the Groove Jones campaign. Russian fighter Blatov Brosovich leaps across the ring to begin each fight. Players use a handheld wireless controller designed by Steelseries to throw virtual punches and kicks with hopes of knocking out Brosovich. They can see the action through an Oculus VR headset, and must swiftly twist out of the way to avoid being hit by Brosovich’s incoming punches and kicks.

The VR challenge iPad app also collects each user’s name, email, and phone number. When the experience is over, a 360-degree panoramic image from the center of the Octagon ring is sent to the user, which he or she can share to their social media.

Groove Jones previously made a giant mural of former Mavericks guard Dennis Smith Jr. in downtown Dallas come to life for a virtual slam dunk. Once Smith was traded midseason to the New York Knicks, the Groove Jones team worked to update the mural with an augmented reality experience featuring rookie sensation Luka Dončić. The Dallas-based company also created a mixed reality experience at the 2019 AT&T Pebble Beach Pro-Am to give fans inside info on Jordan Spieth’s golf clubs.