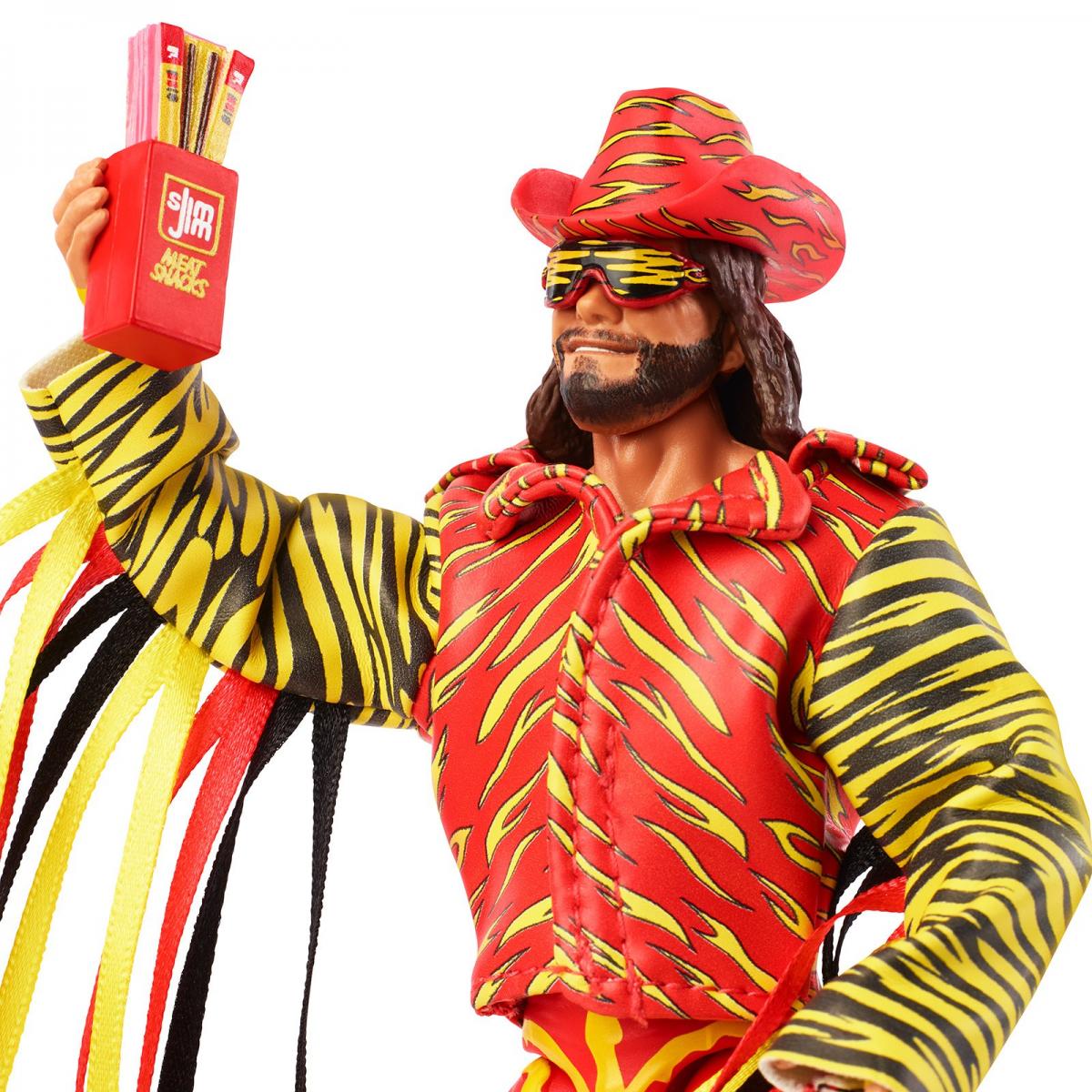 The legend of the Randy “Macho Man” Savage continues. Mattel, WWE, and Conagra are celebrating Savage’s time as a spokesperson for the Slim Jim brand and their memorable television commercials with a new action figure that is being released at Comic-con San Diego.

Groove Jones was brought on board by the agency B.I.O.S. to help them with the launch of this momentous, retro nostalgia event by creating a digital camera experience which turns fans into Randy “Macho Man” Savage!

How popular is retro pop culture in today’s world? Well, the action figure sold out online immediately after Sports Illustrated announced it. OH YEAH!!! The only way you can now get the action figure is at the Mattel booth at Comic-con.

Comic-con was the right place to promote this as one of Mattel’s exclusives this year since this is the place to release exclusive collectibles. Especially ones that have mass appeal and retro vibes. 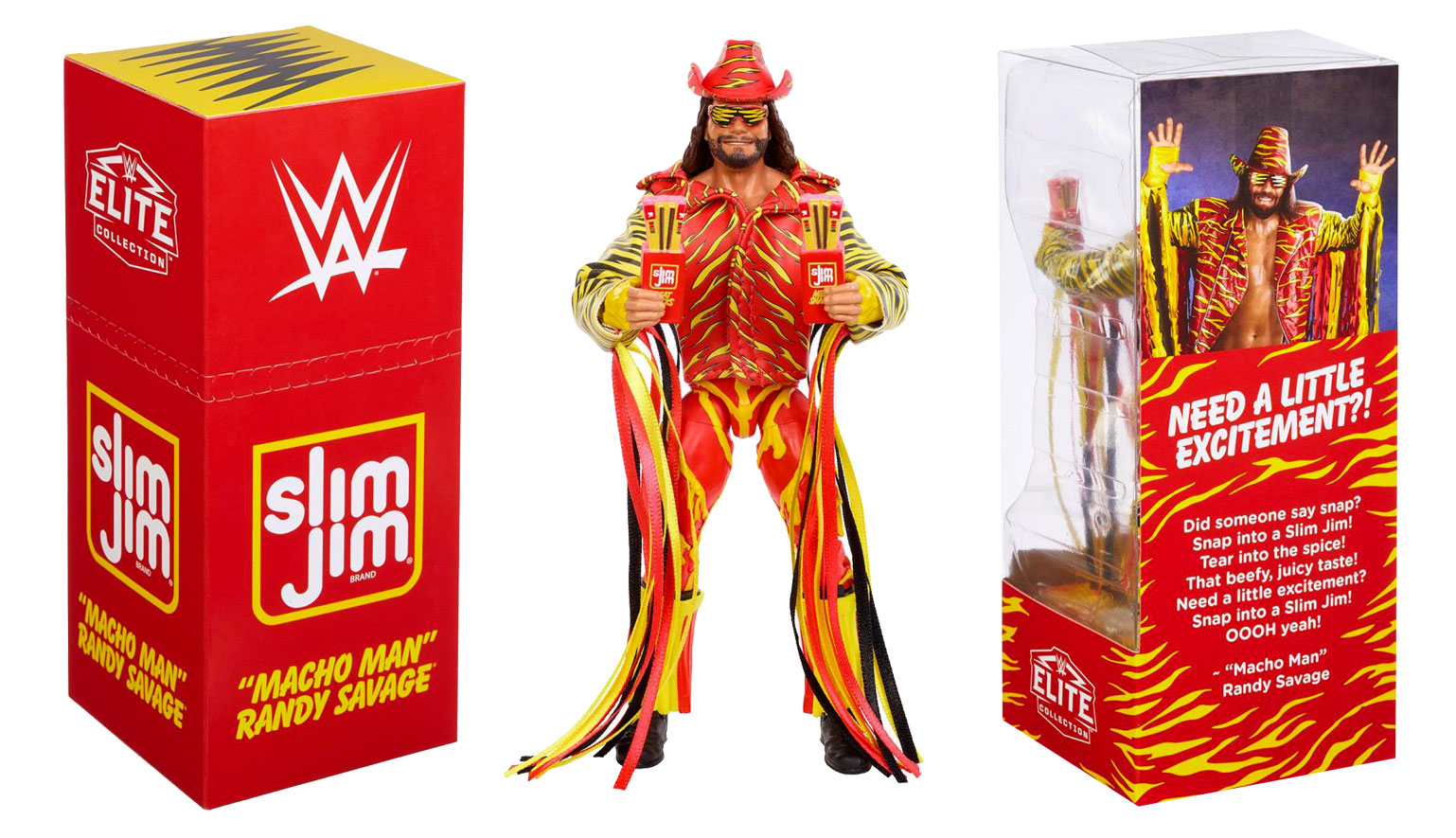 From 1993 until 2000, Randy Savage was the spokesperson for the meat snack, recording many unforgettable and highly quotable commercials. The advertisements featured Savage in his iconic gear while emanating his signature energy and attitude. He always closed out the spot with “SNAP INTO A SLIM JIM!”.

The packaging is a replica of the Slim Jim meat snack box you’d see sitting on a counter at 7-11.

We knew tapping into a fan base that imitated Randy “Macho Man” Savage from the Slim Jim commercials would work great as a camera effect. Connecting that nostalgic memory through today’s technology was a sure-fire hit. Fans are always looking for a unique way to express themselves and connect to a brand and personality that they love. 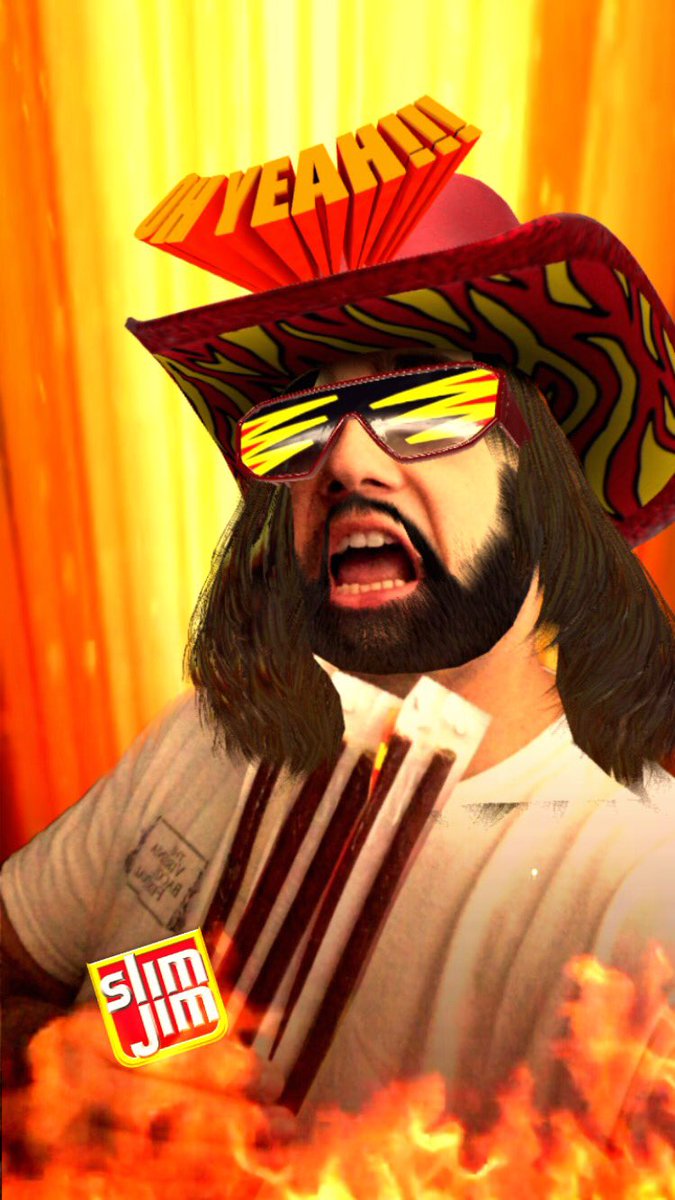 Groove Jones created the “Savage Selfie” using Snapchat. It was easily activated onsite at Comic-con using preprinted Snapcodes that can be scanned to activate the camera effect.

Turning fans into Randy “Macho Man” Savage needed to look real, and that takes skill. The camera lens effect was modeled by carefully matching the look of the action figure and the original Slim Jim commercials. 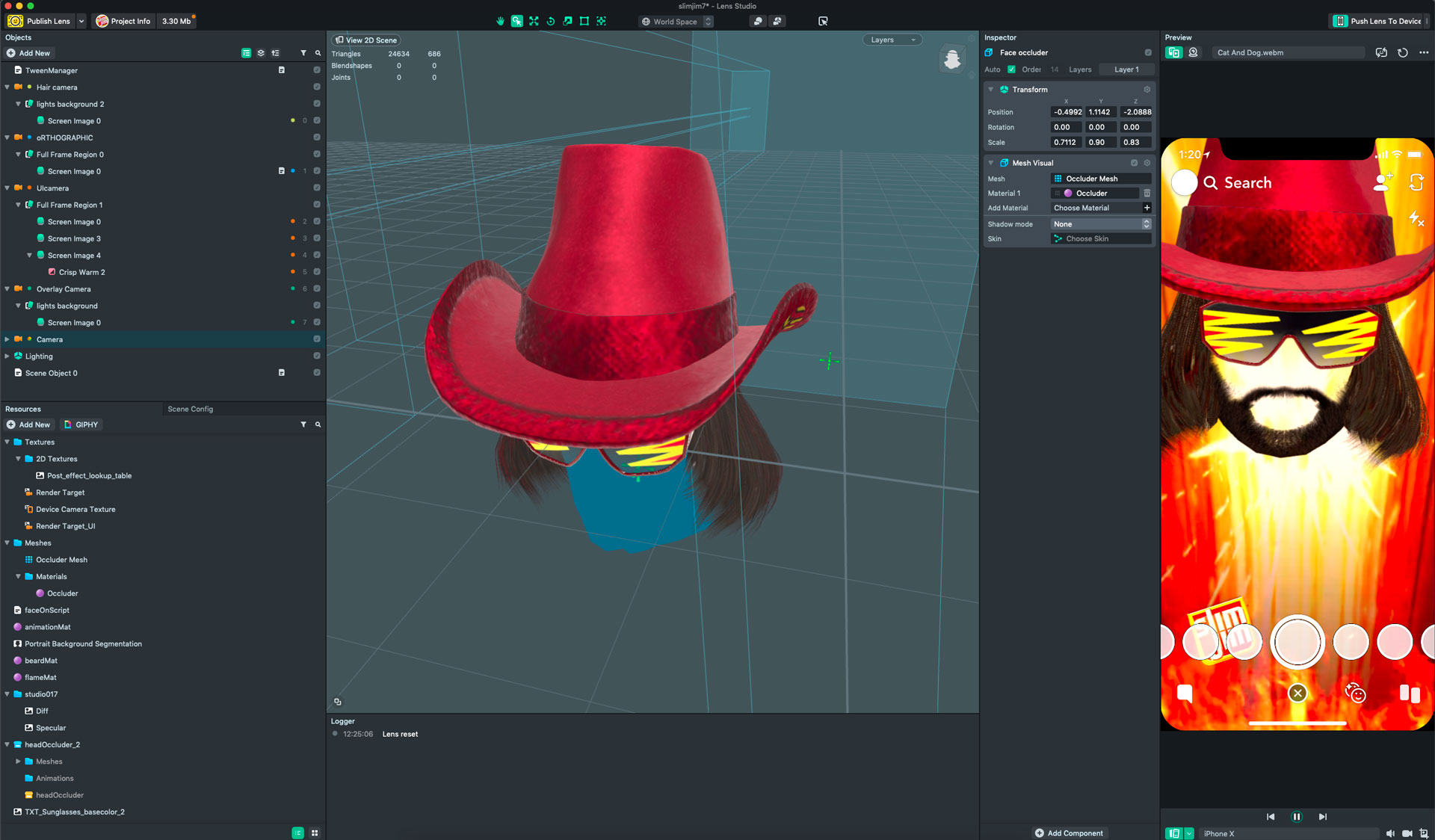 The Groove Jones team needed to create 3d models that matched the memorable wrestler. To achieve realistic hair and beard textures, we arranged layers of geometry planes with a realistic hair texture on each, to achieve depth and overlap as the user turns their head. 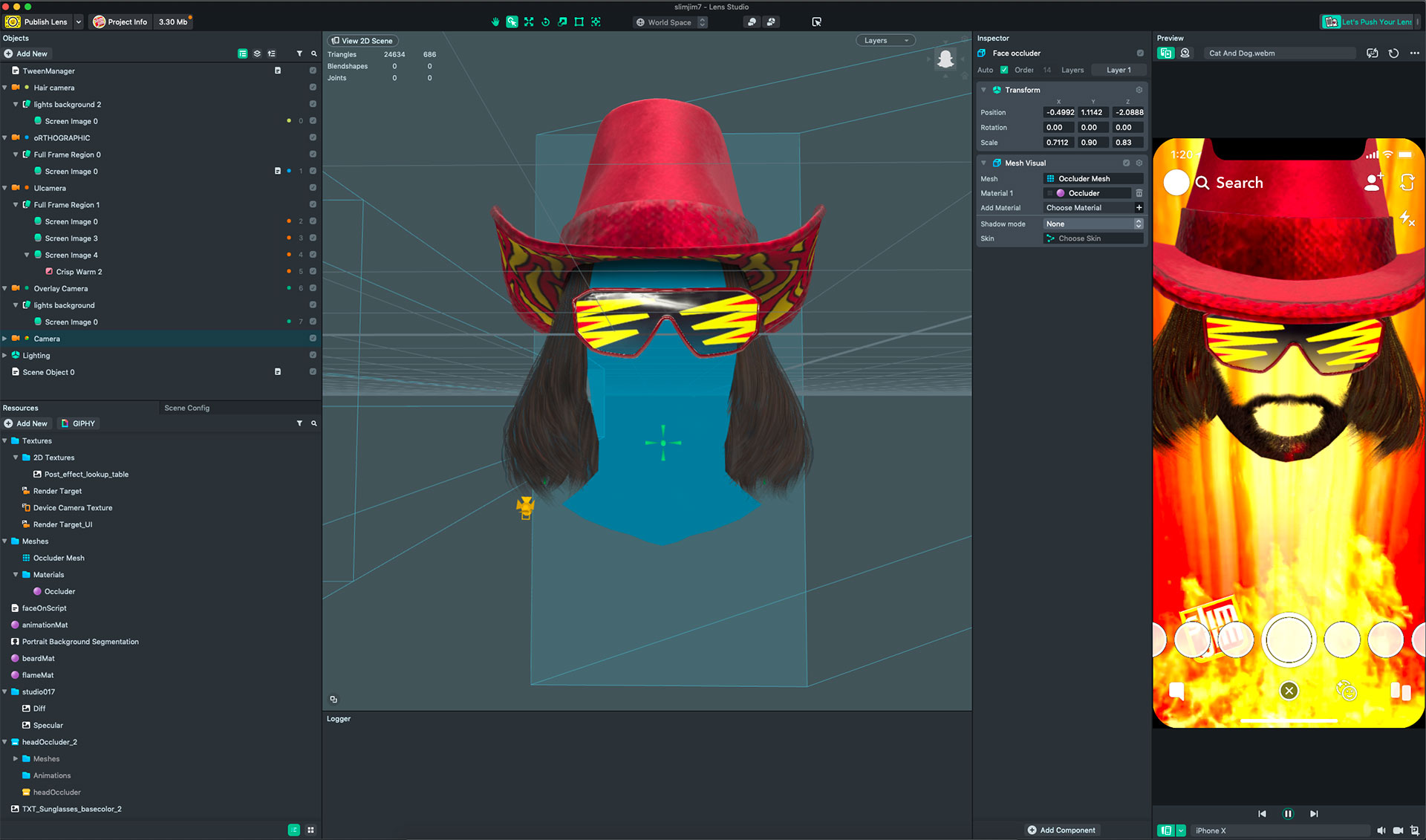 The hat had a unique challenge aside from making it LOOK realistic; we had to make it FEEL good. We modeled geometry around the hat brim to add a shadow so that hat felt like it was sitting on the user’s head.

Posting a video of yourself as the Macho Man on Twitter with the #savagesweepstakes enters you in for the chance to win an epic prize pack. Fans have been tagging their videos with the hashtag along with @SlimJim and @Mattel since the launch.

After the first day of the Comic-con show, Slim Jim’s twitter feed was filled with videos of fans doing their best to imitate Randy Savage. See image to the right.

The AR camera effect is a great way for the fans to create their own content and share it with their friends. Since the effect was created for Snapchat, users could easily access it. The effect was singled out by the Snapchat lens team and was selected to be featured on the AR Lens carousel that Snap users see when they launch the camera.

As of April of 2019, Snapchat boasts that they have a daily user base of 190 million users, with a US penetration rate among 18-24 year olds – 94%. Being promoted on the camera lens carousel definitely drives usage.

Groove Jones is a certified Snapchat Lens Partner and was able to publish the lens for Slim Jim.

In order to try out the lens yourself, click on the link below to launch Snapchat and it will automatically load the Savage Selfie lens.

Or you can scan the SNAPCODE below. 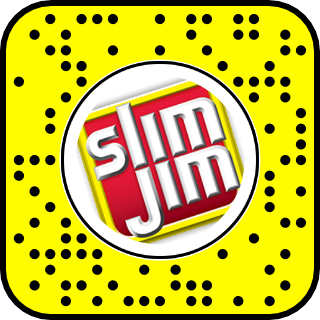 The Action Figure Sold Out

The Macho Man is back with an outfit matching his look from the ’80s Slim Jim commercials complete with an animal print faux leather jacket (with tassels), matching cowboy hat, super rad sunglasses and not one but two epic Slim Jim accessories that he can hold. The figure has deluxe articulation, TrueFX enhanced facial detailing for life-like authenticity. 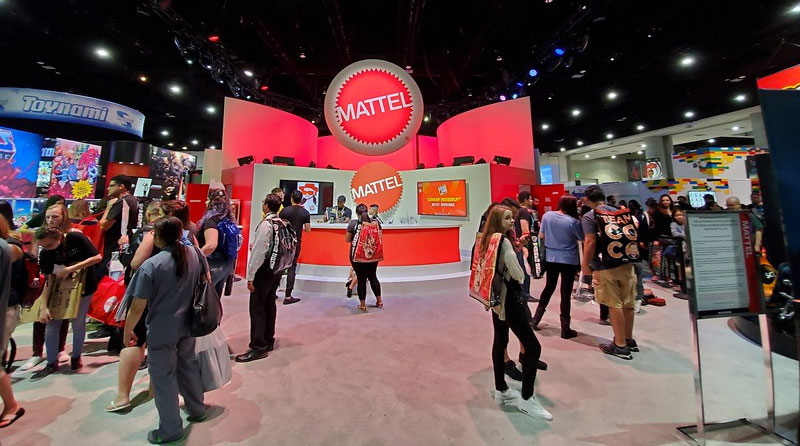 The action figure became one of the most sought after collectibles at Comic-con. The action figure made it to the top of everyone’s list and the news picked it up. From SYFY Wire to Newsweek to Gamespot, every press outlet was covering the frenzy. The Snapchat Lens was a great way to connect the fans with the property.

Brand ambassadors were all around Comic-con promoting”Savage Selfie” with the iconic Snapchat Snapcode printed on the back. Fans could walk up and scan the code to activate the filter immediately.

Step into the ’80s and Watch the Commercial

If you grew up in the ’80s you would see this commercial playing during the Saturday morning cartoons.