Fans of all ages got the chance to step out onto the 50-yard line and compete in the biggest VR Football game ever seen. This was all part of the 10 day Super Bowl Live event leading up to the big game in Minneapolis, MN. The experience is part of Sleep Number’s fan engagement at the game. 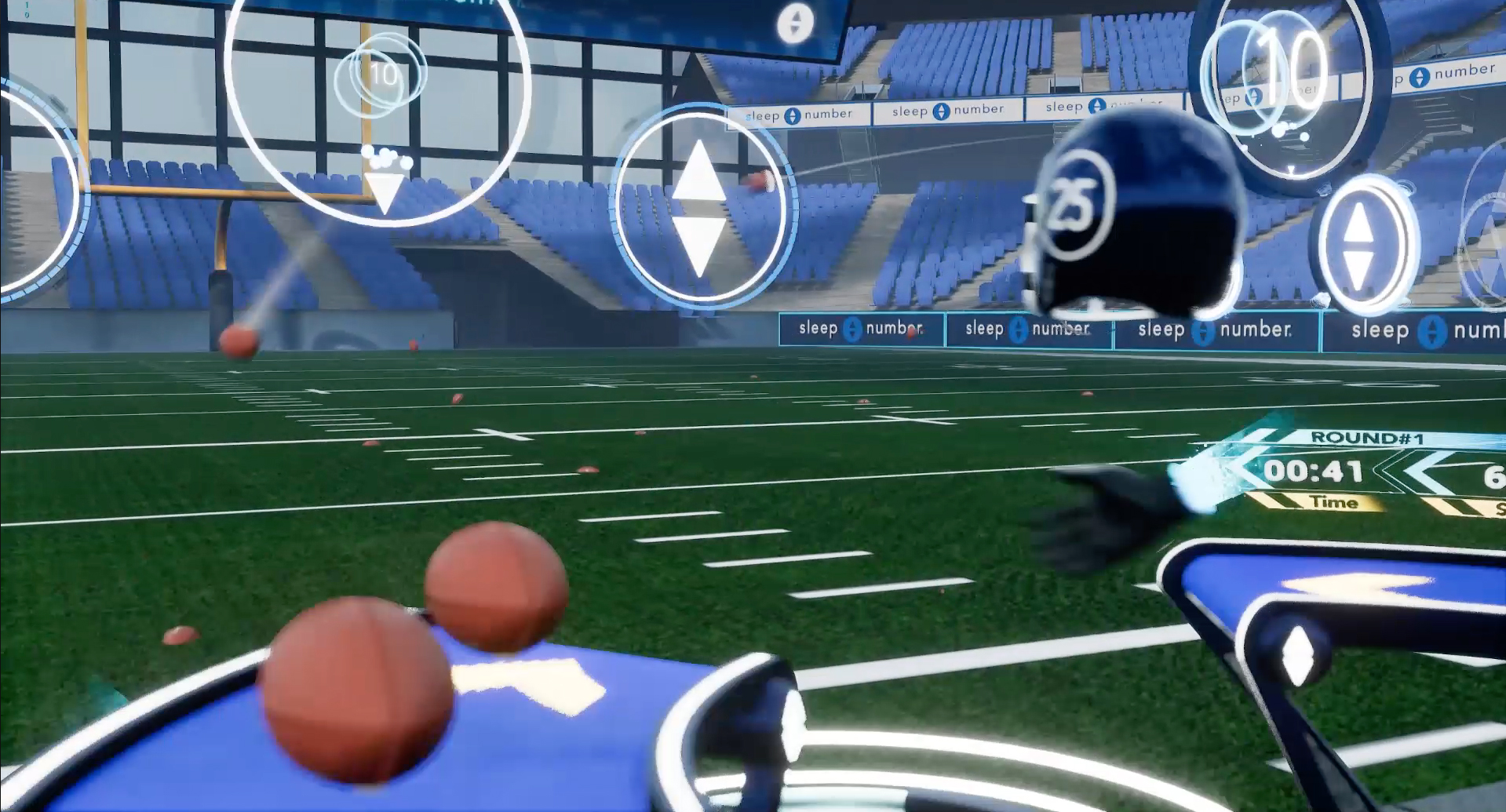 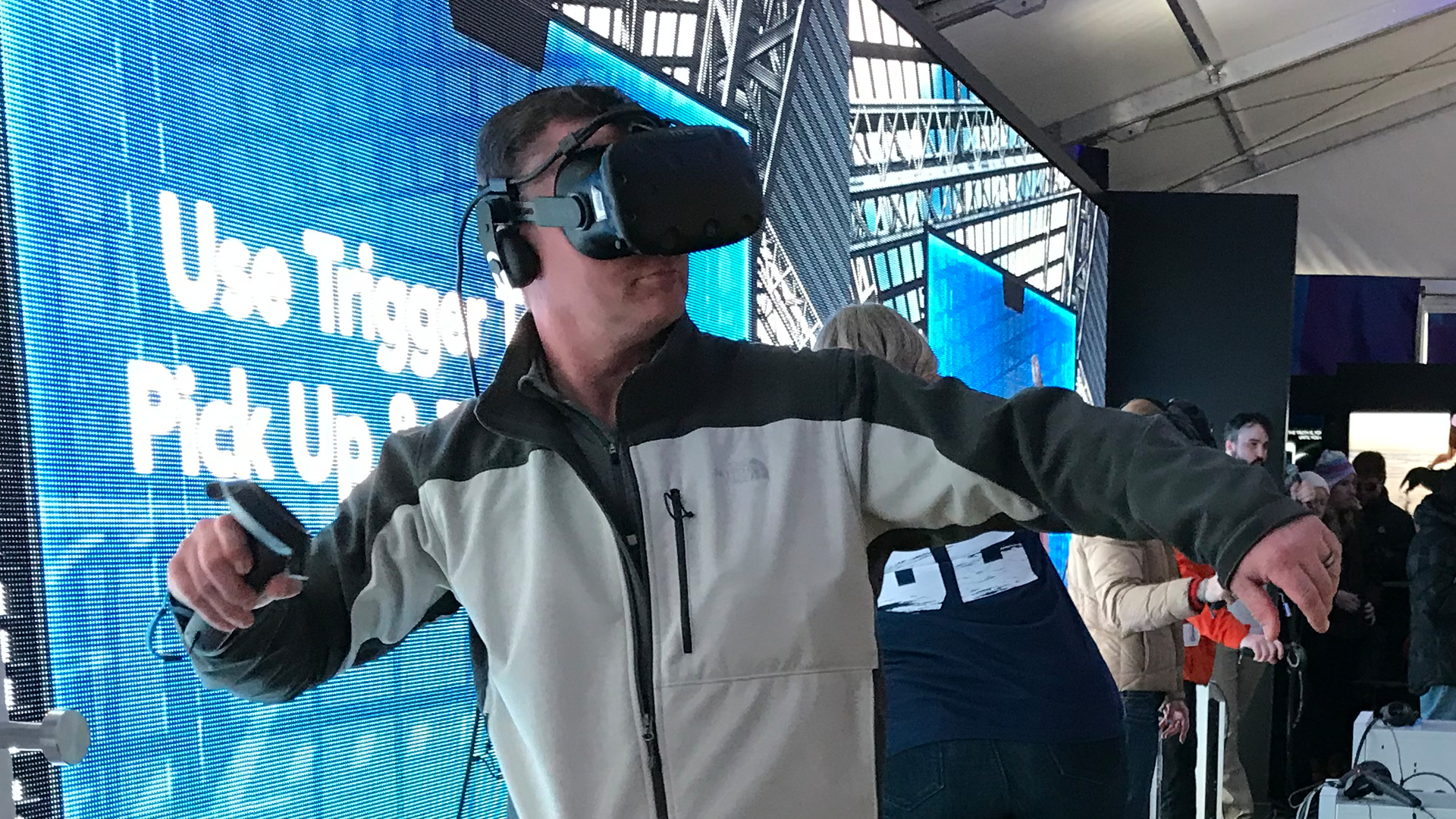 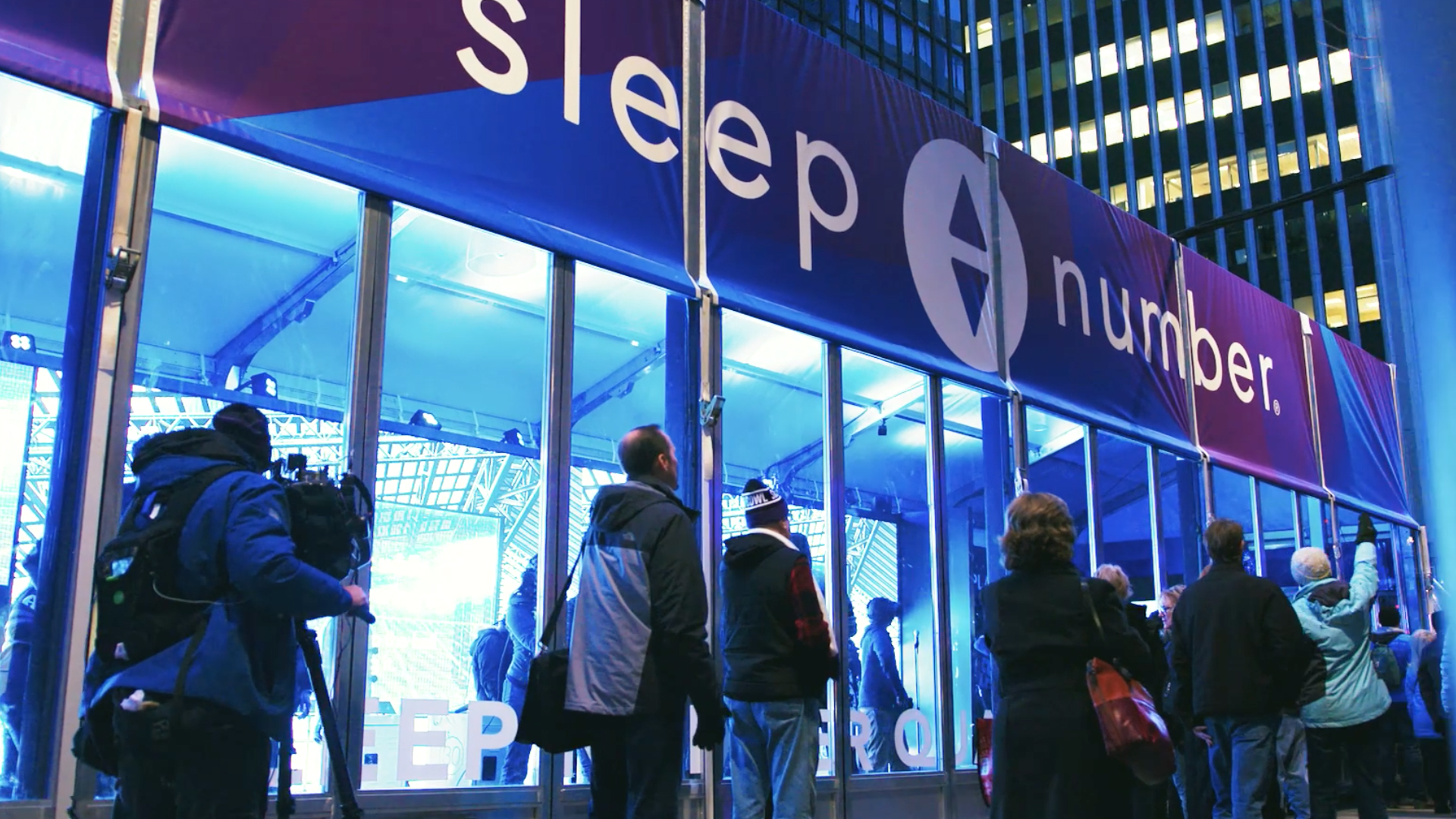 Located in the heart of Minneapolis and just steps away from where the Patriots and the Eagles battle it for the championship at Super Bowl LII. The Sleep Number engagement is the must-see spot this year. Nearly 6,000 people took part in the VR experience, while countless others look on through the glass front. A huge 30-foot video wall displays a spectator mode view of the VR experience. 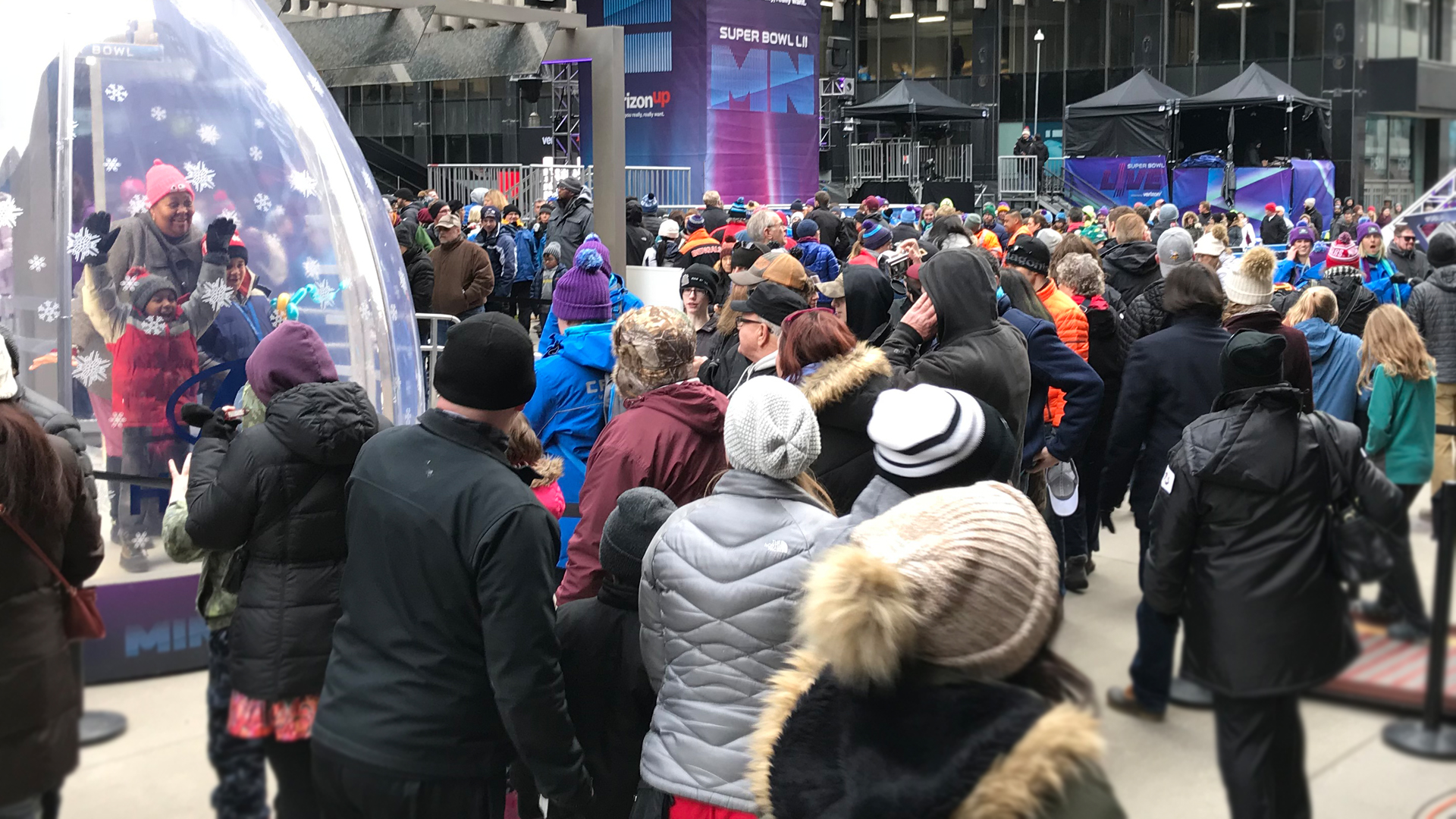 Whether you’re an athlete or an everyday all-star, up your game with better sleep every night. The game demonstrates how everyone from parents to pros is achieving their goals with great sleep.

The game experience is fun but it has a message. The first part of the game sets the stage, you have 60 seconds to throw as many passes as you can at targets down the field. The further the target, the higher the points. The first half of the game you are at peak condition after just having a great night’s sleep. The second half becomes more challenging, as the game simulates what it is like after having a poor night’s sleep. 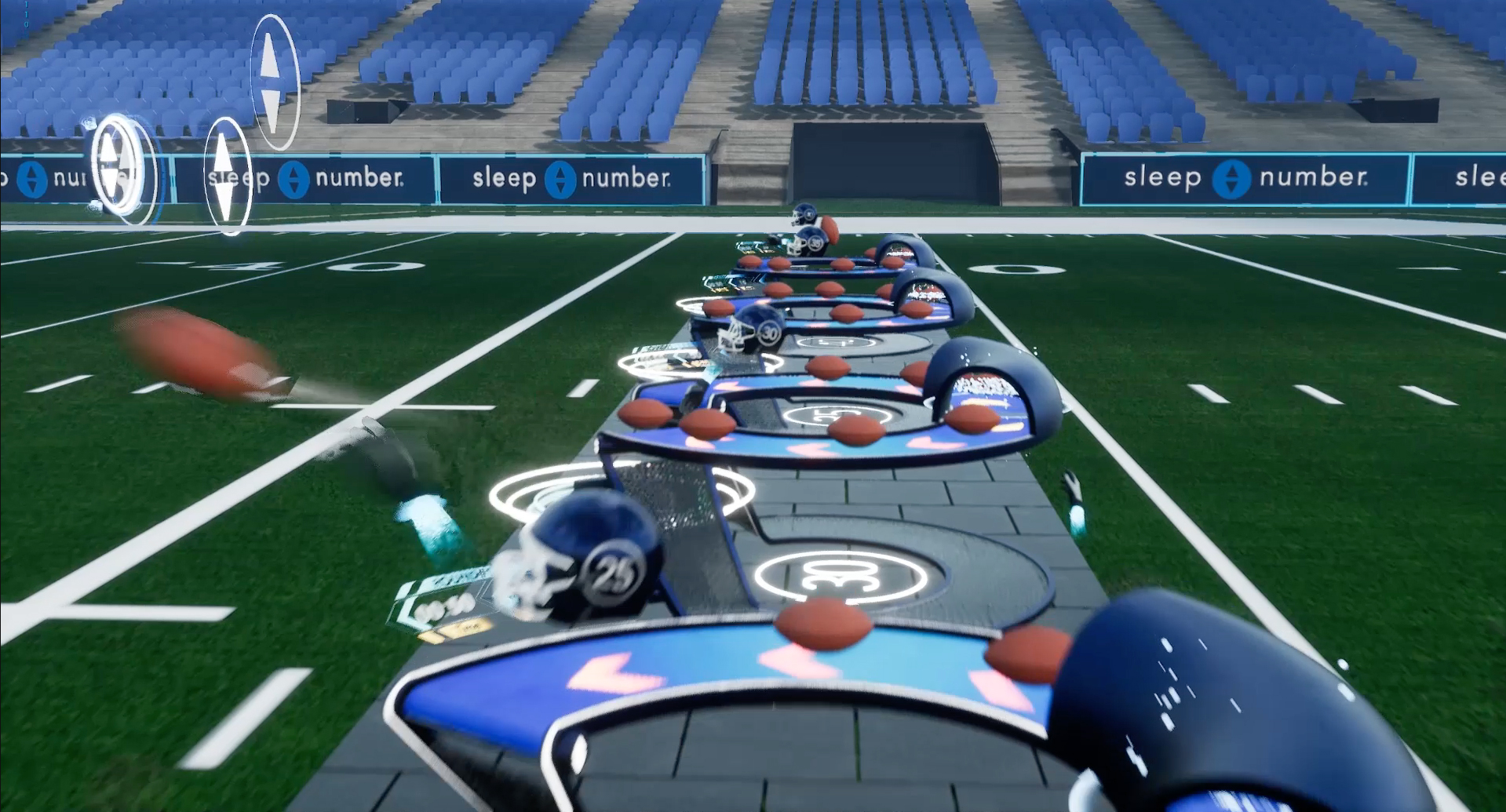 Fans Love to See Their Name on the Big Leaderboard

One of the highlights of the experience is seeing the names of the top scorers. The leaderboard is viewable high above the players in the virtual stadium when they are in the VR game. So they know how they are doing while playing. Everyone outside the VR experience can see live updates on the oversized video wall displaying the leaderboard and gameplay as they are happening. This leaderboard system shows off the Daily and All-Time high scorers at the event.

At the end of each round, the displays show the results. Below, a fan captures their ranking on the leaderboard. 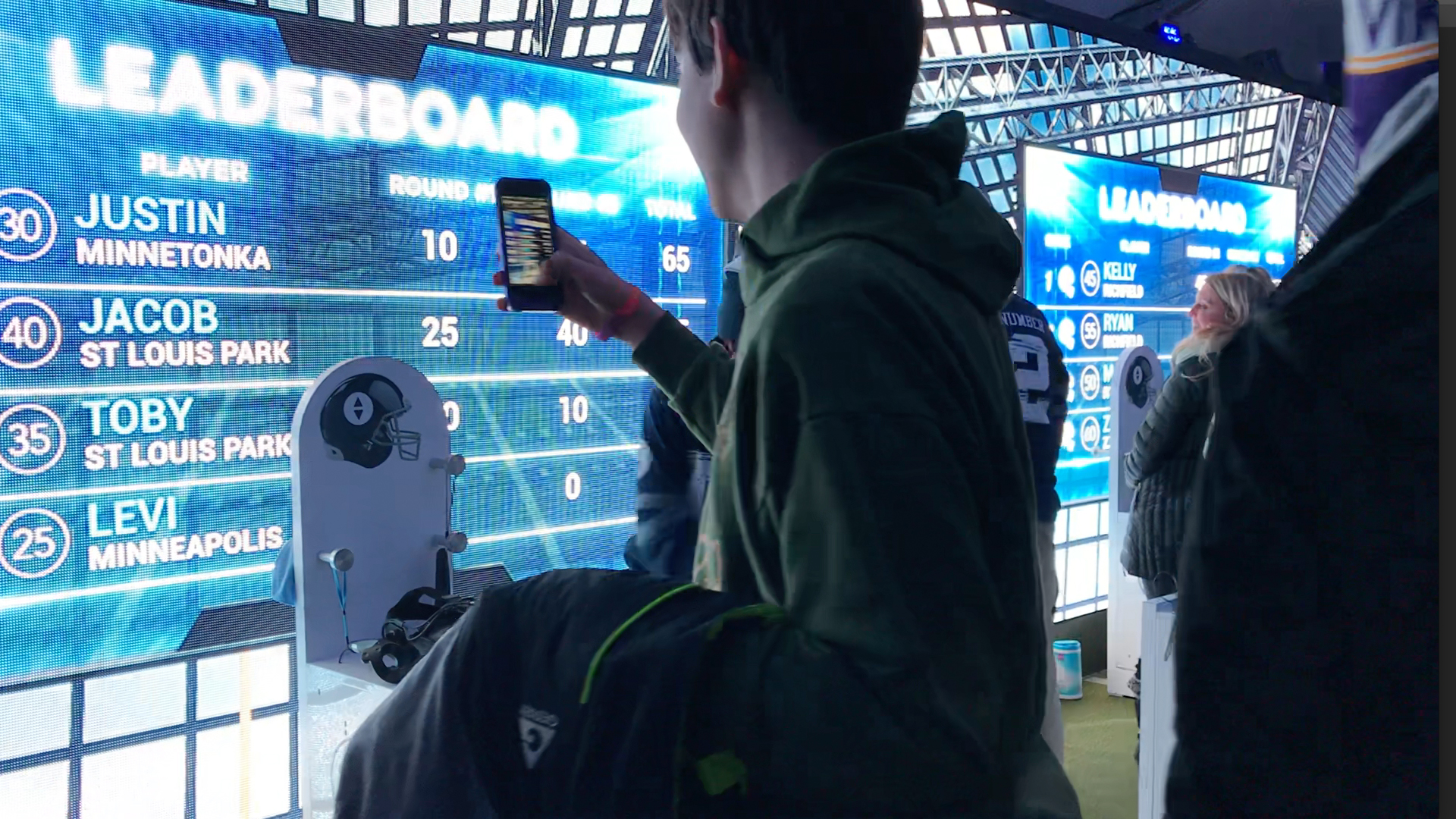 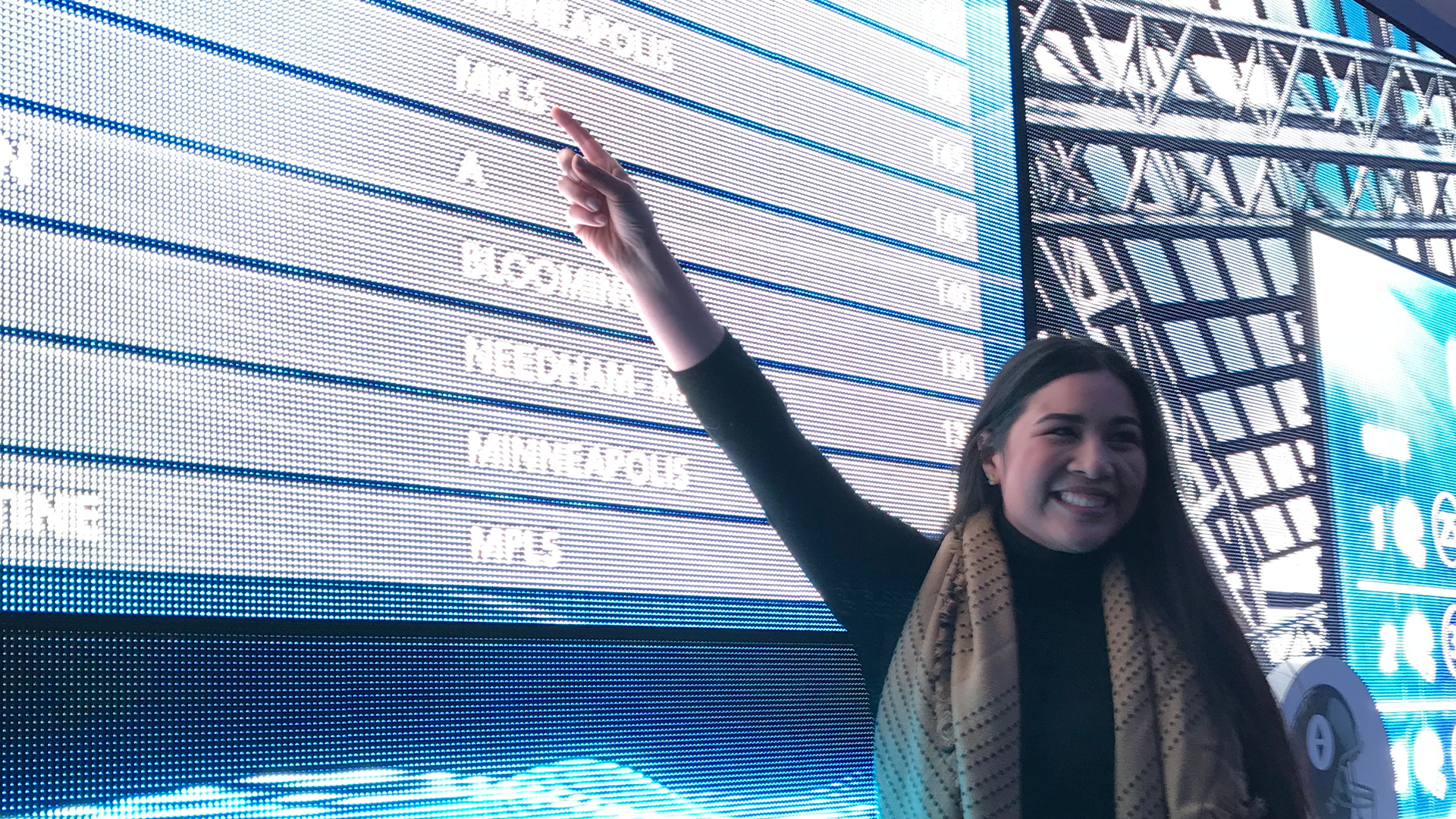 Because the game is built for multiple people (8 people) at the same time, you get to see your fellow players in the game. The space was designed to maximize throughput, averaging 8 people at a time every 90 seconds. 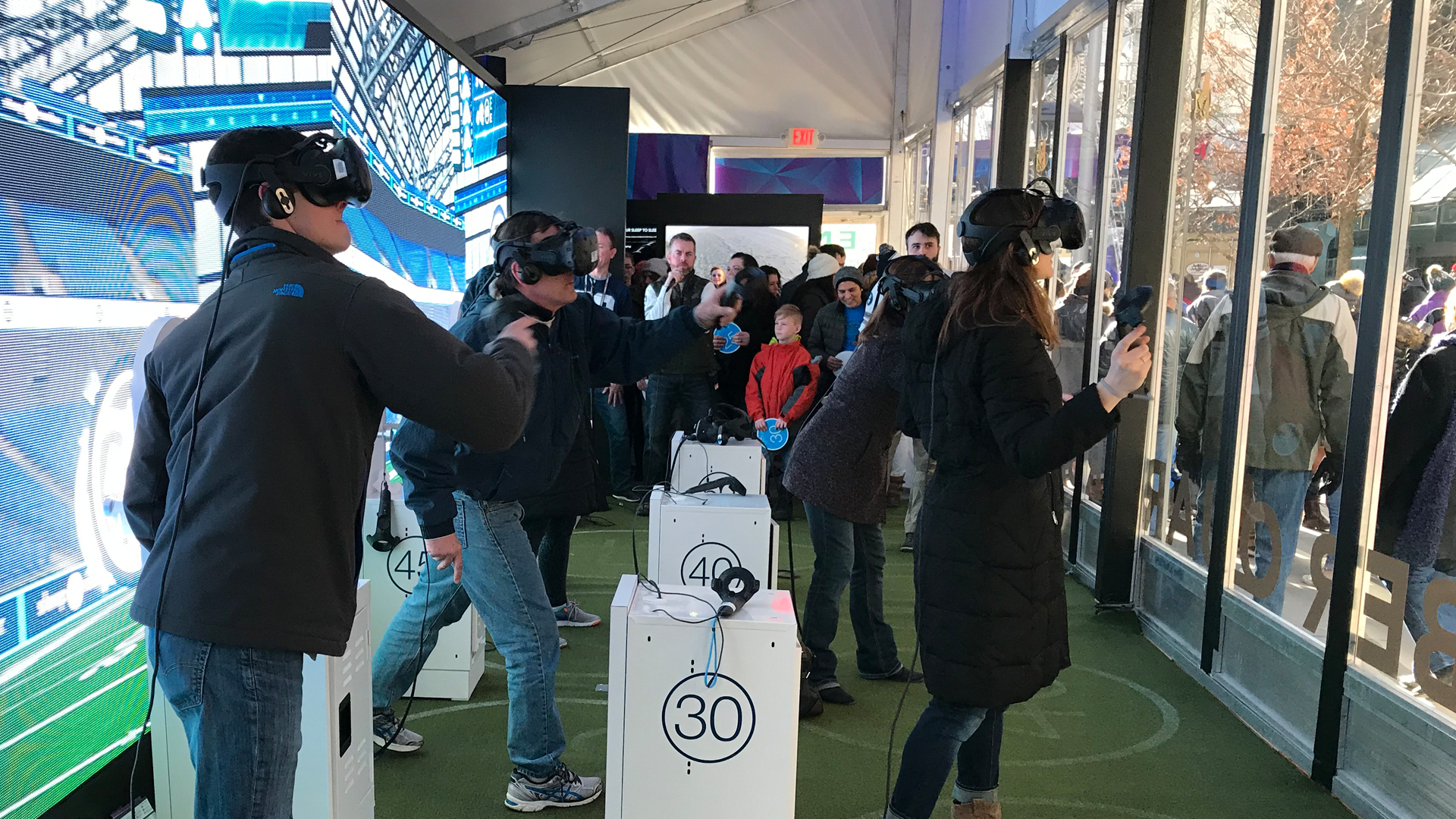 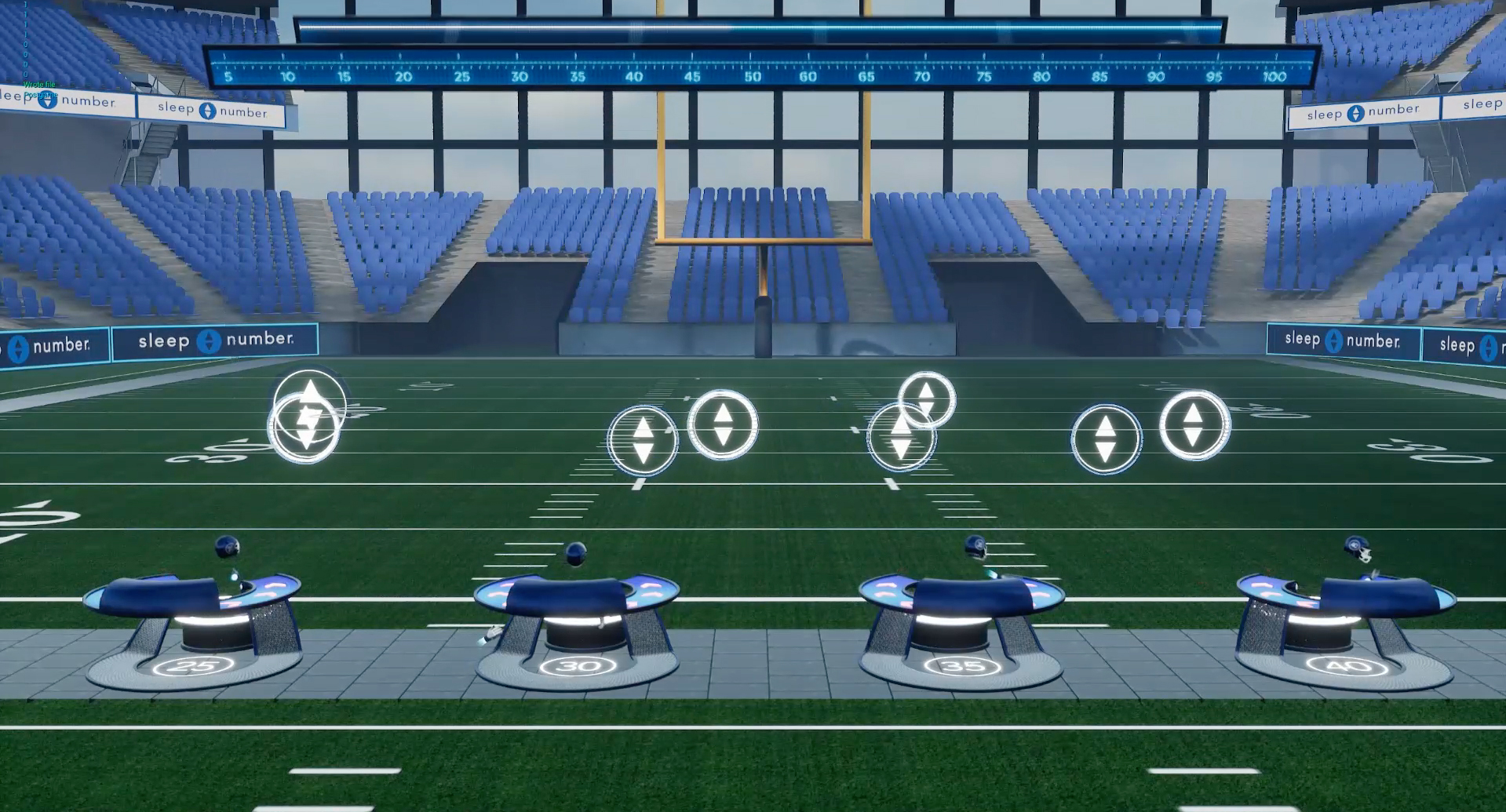 On the 50 yard line, you see all the other players competing against you. 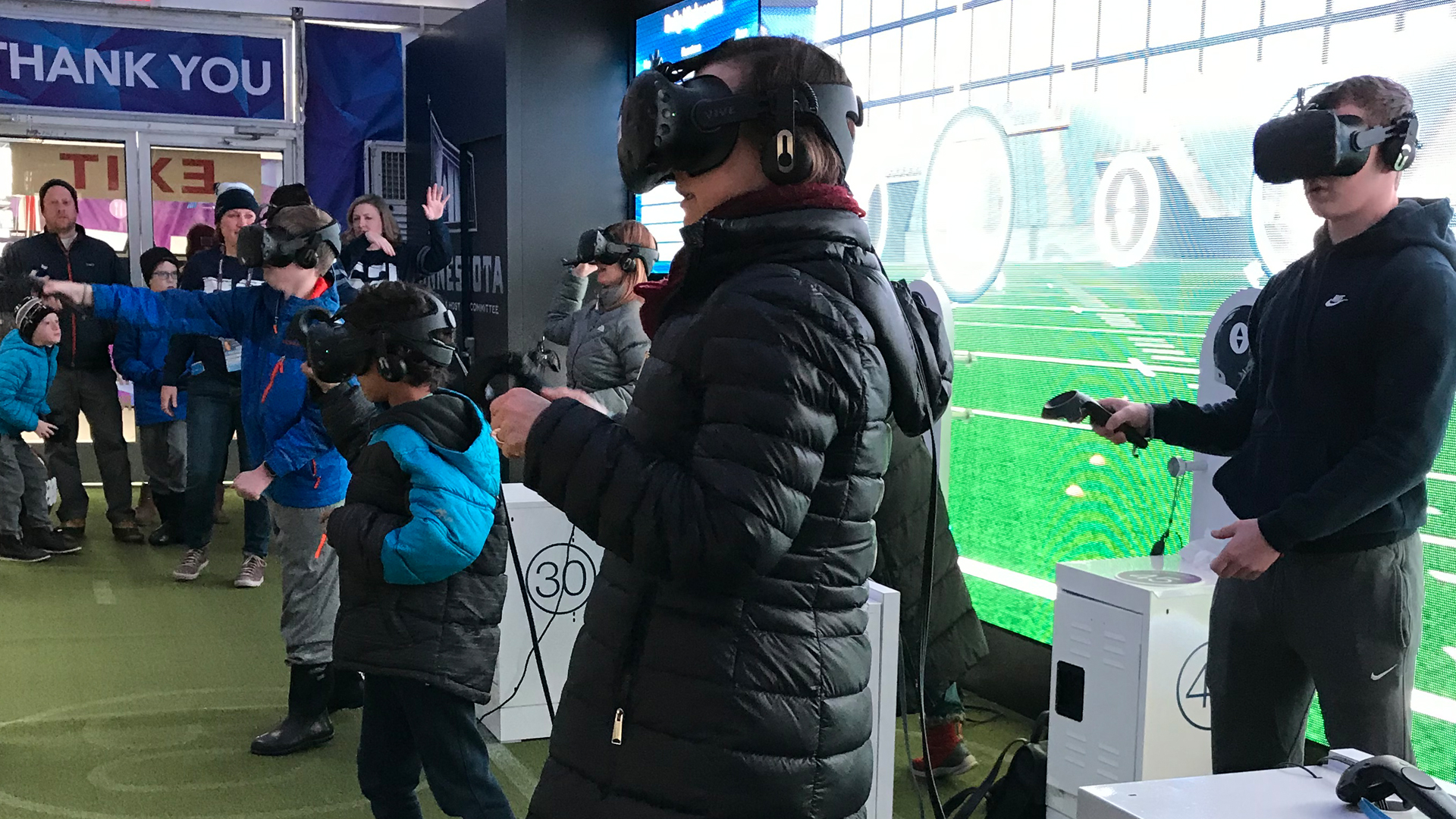 Everyone wanted their photos taken while playing the game or right afterward, for a posed show in front of the 10 foot by 30-foot displays that showed the gameplay in action. 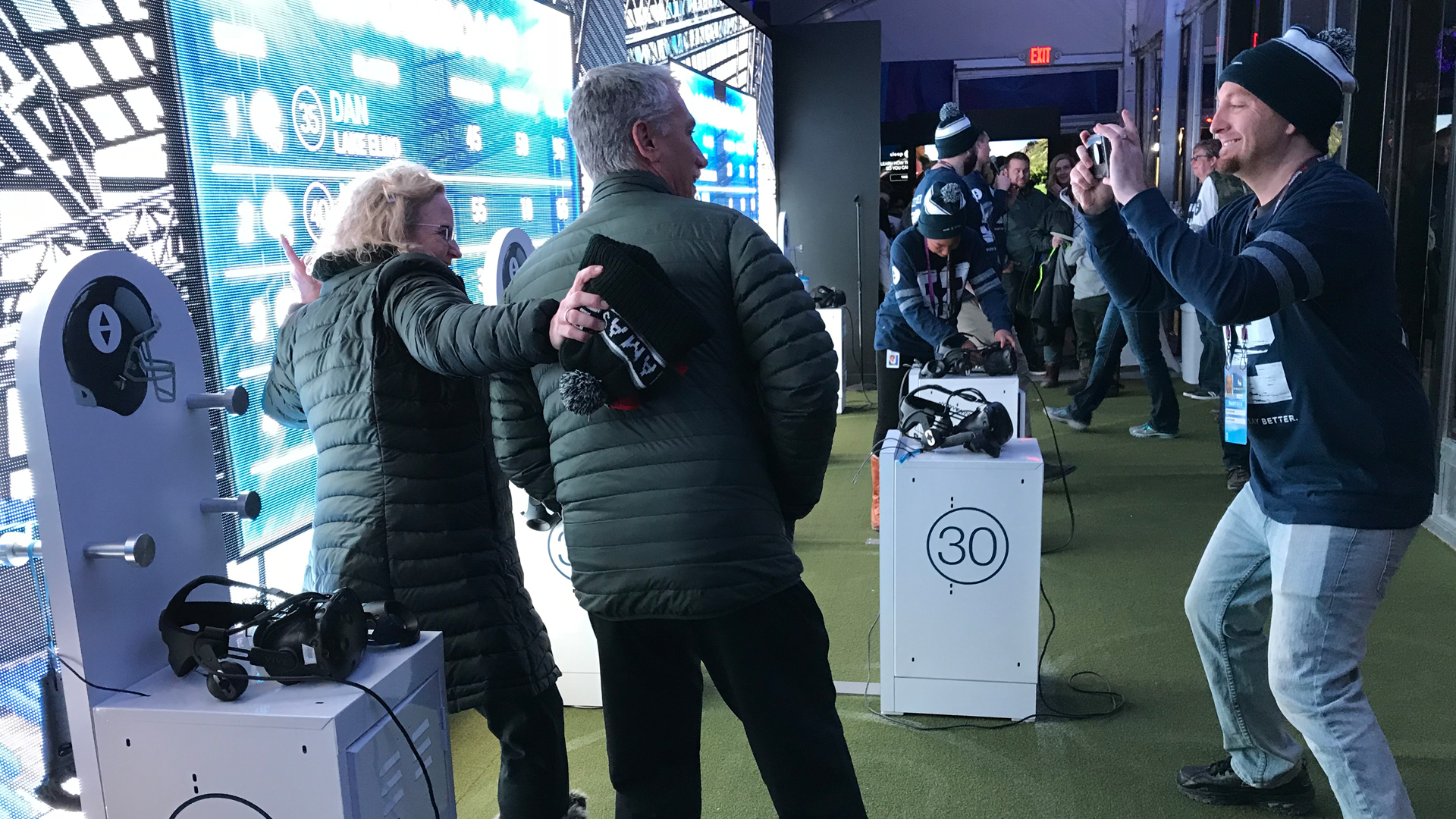 We also provided the lead generation App that was used at the activation to collect data from everyone that attended an opted into Sleep Numbers mailing lists. This App was integrated with the official NFL Fan Mobile Pass. By integrating the two Applications, people who registered also entered for the chance to win tickets to the Super Bowl. 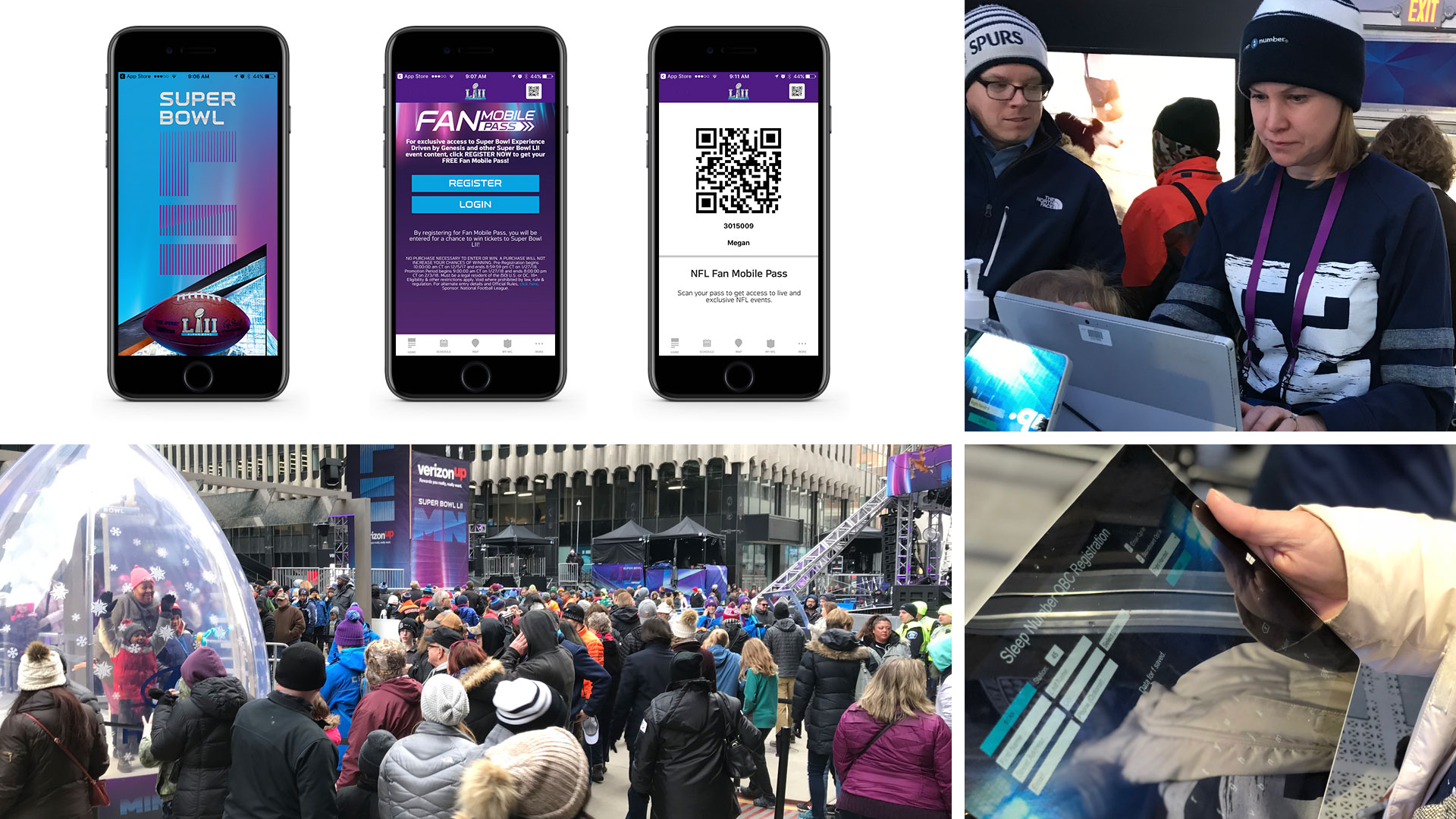 Brad Paisley Stops By to Play

Country music superstar Brad Paisley surprised shoppers at the Mall of America for a popup music event in the Sleep Number store. Paisley performed several songs during the performance to an overflowing crowd. But prior to his music event, he stopped by the Super Bowl Live event to test his skills on the gridiron. Afterward he took time to take photos with fans and the Groove Jones team that was onsite. 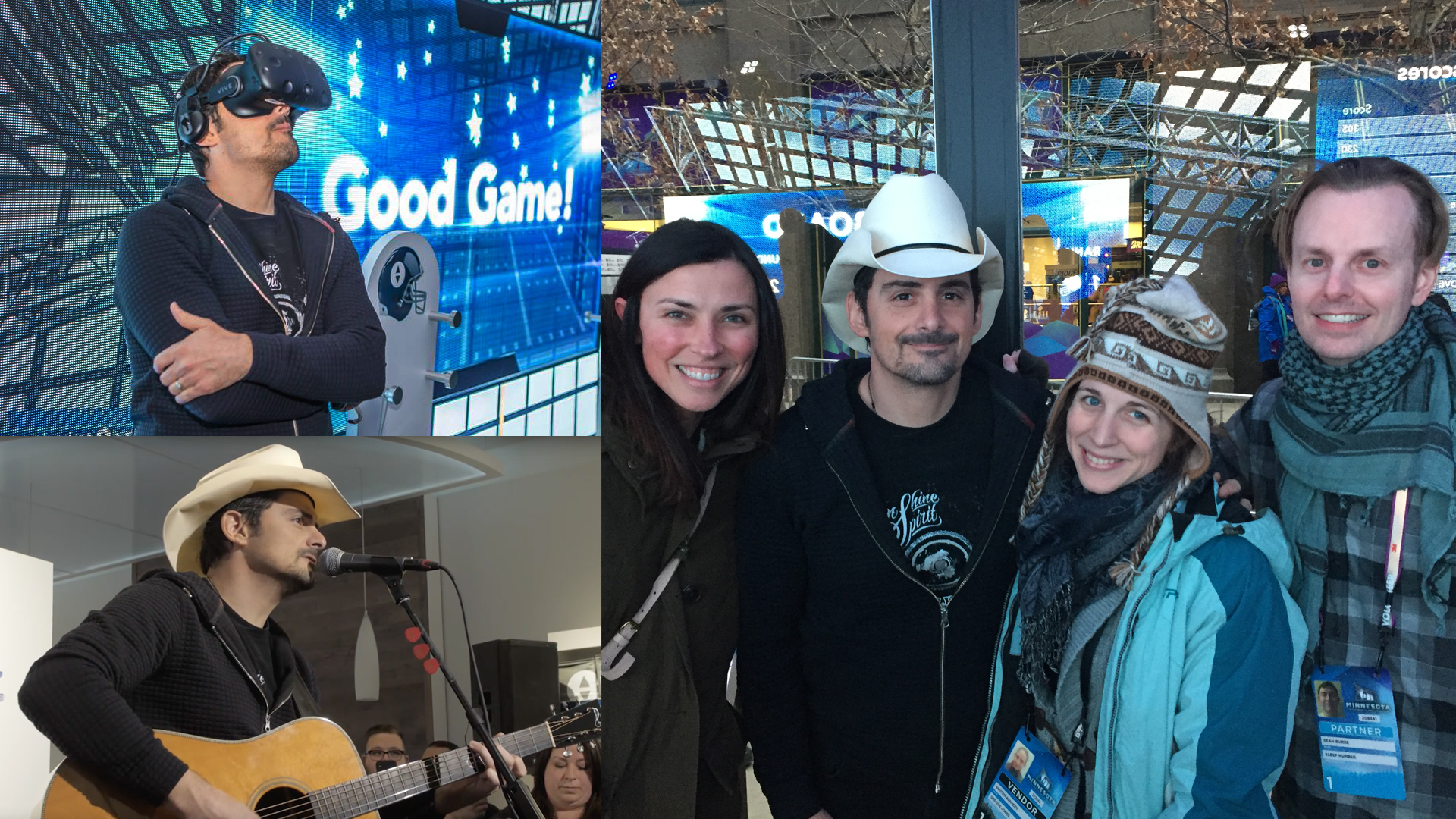 The overall campaign generated a lot of excitement, awareness as well as lead generation for new Sleep Number customers. 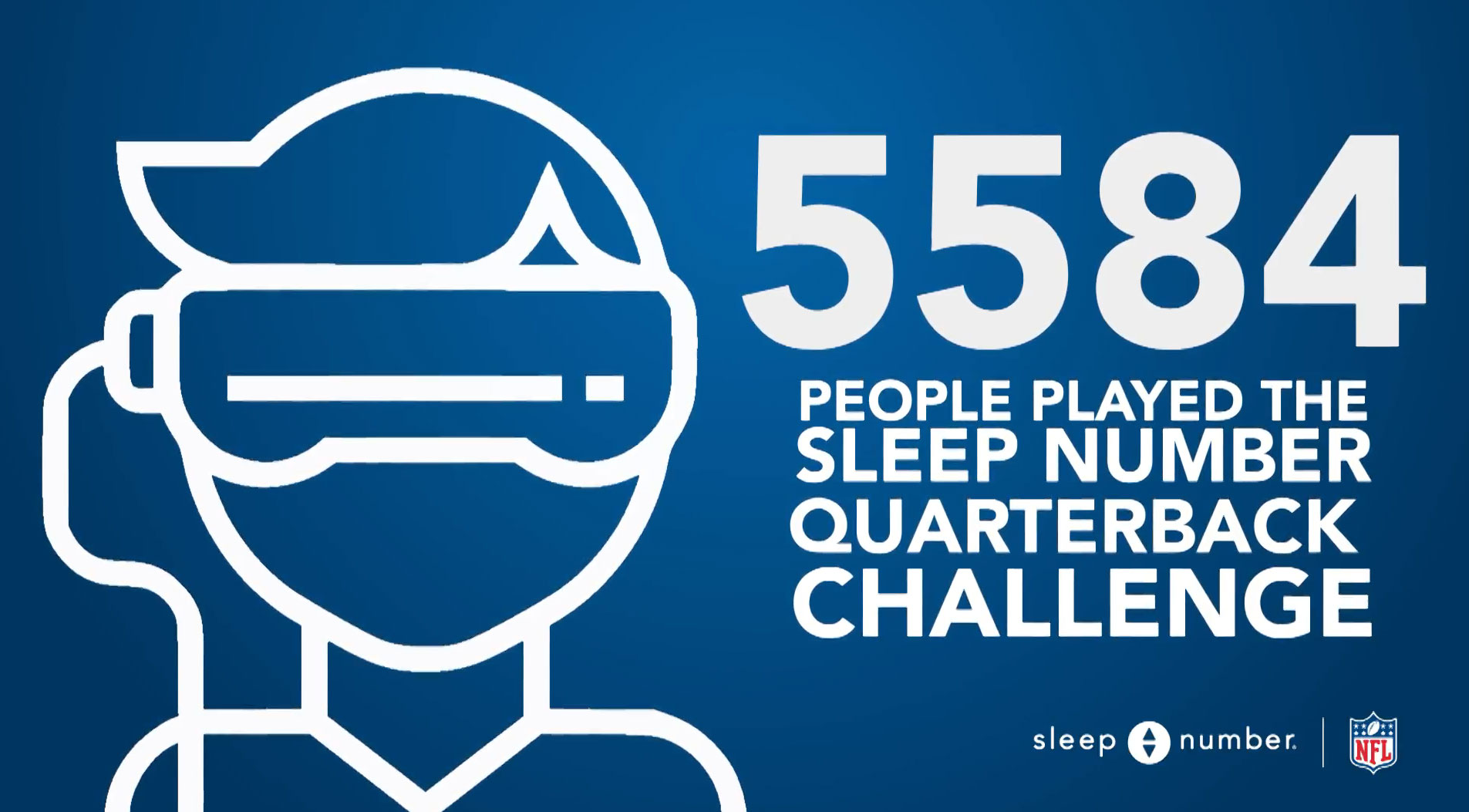 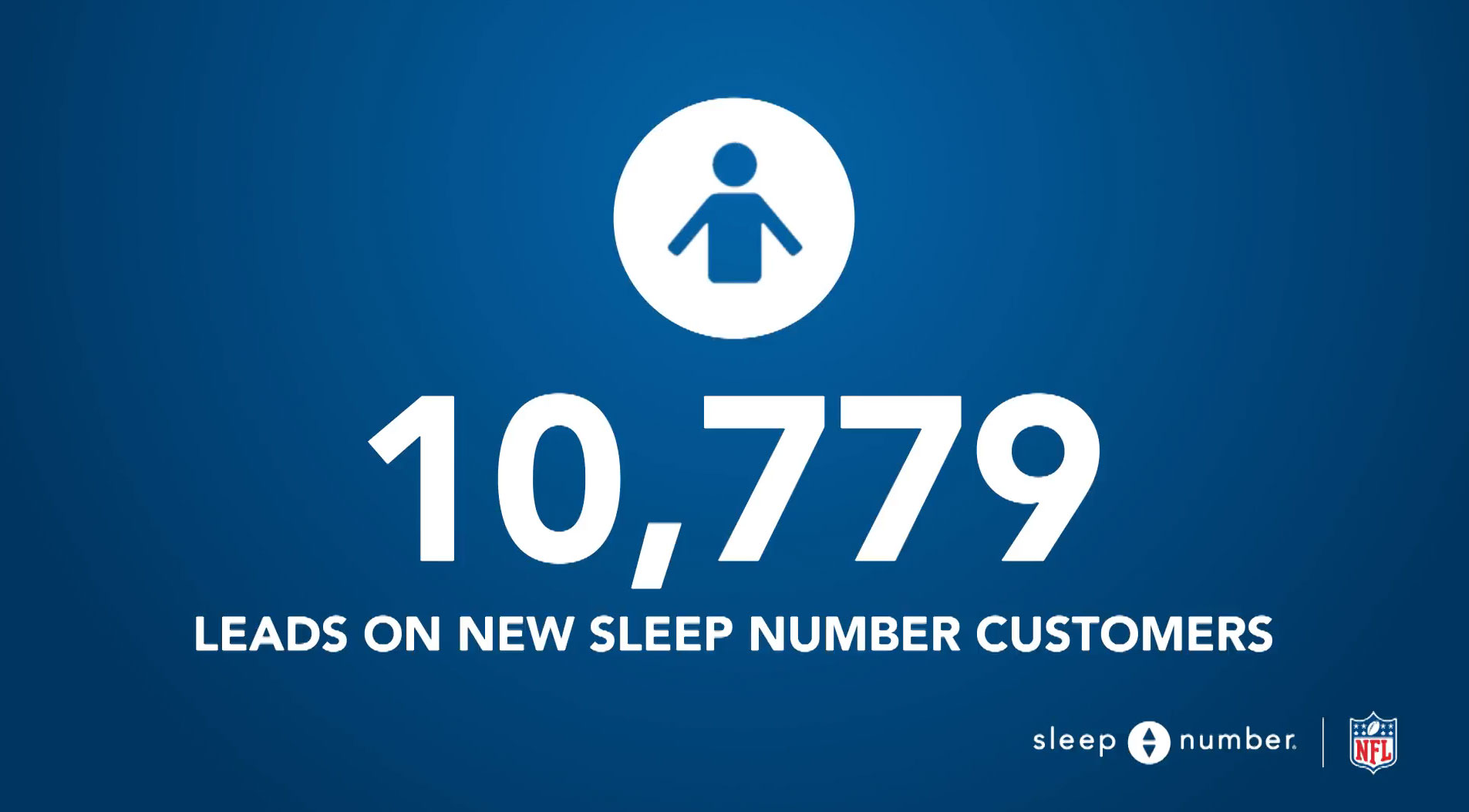 The ICX Association’s 2018 Elevate Awards were handed out in 12 categories; Top awards went to Panera Bread—ICX Influencer of the Year and Sleep Number—ICX Deployment of the Year.

The Association’s annual Elevate Awards recognize and honor the individuals and organizations setting the pace in using technology to elevate the customer experience.  The Super Bowl deployment we helped Sleep Number with was part of the overall campaign for Sleep Number which won them Top Honors as the 2018 Best Deployment of the Year.