In 2006, Dallas paleontologist Anthony R. Fiorillo, Ph.D., the Perot Museum’s chief curator and vice president of research and collections, excavated a fossil from a field site in northern Alaska that would eventually become a new species of dinosaur. Through research with colleague Ronald S. Tykoski, Ph.D., director of the Perot Museum paleontology lab, they discovered the fossils belonged to the northernmost horned dinosaur known to science and named it Pachyrhinosaurus perotorum. Fast-forward to 2018 and visitors to the museum can now interact with “Pachy” using the social sharing App Snapchat with a new Pachyrhinosaurus AR Lens. 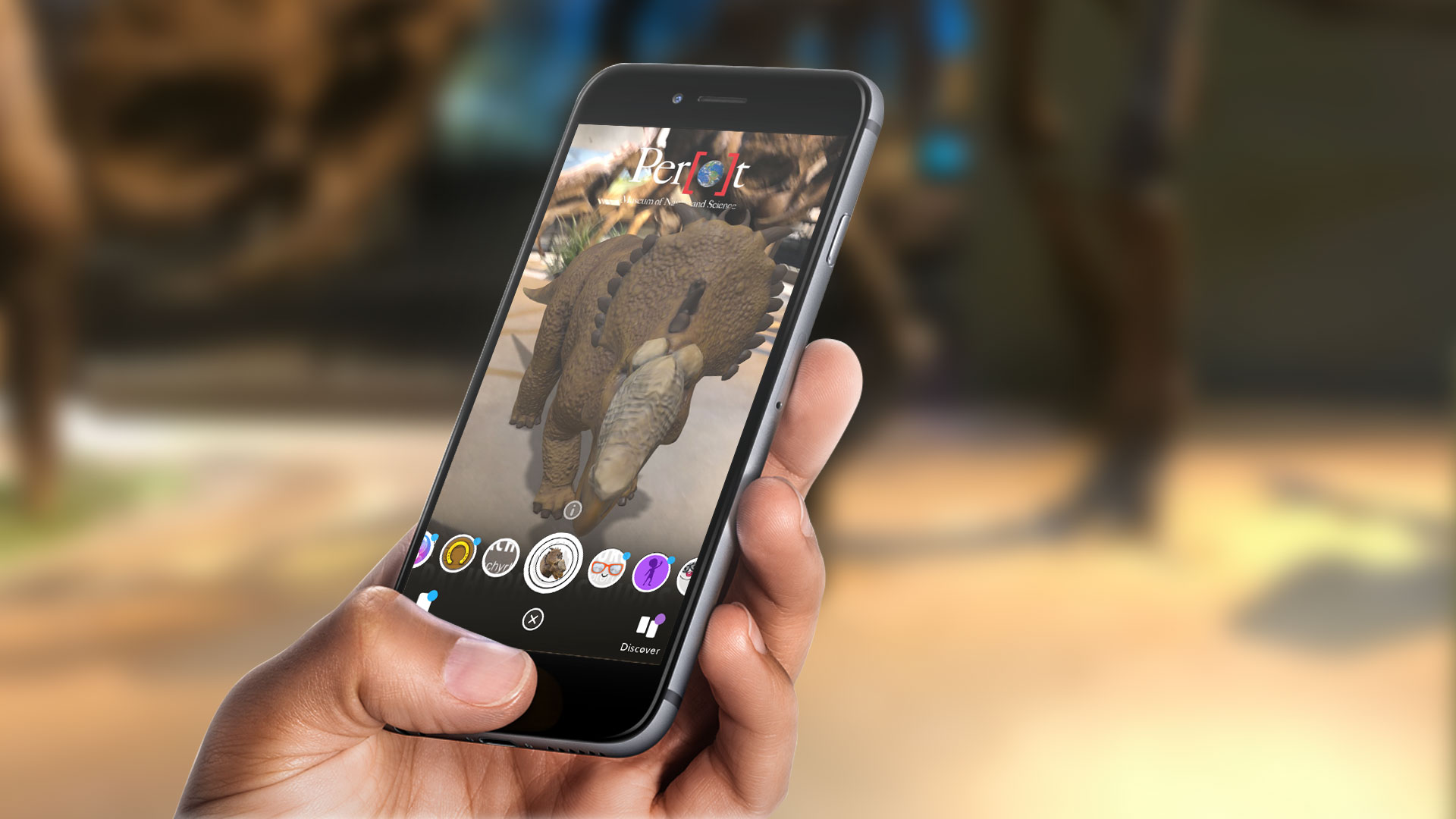 A display featuring the adult Pachyrhinosaurus perotorum currently is installed in the T. Boone Pickens Life Then and Now Hall, a 14,000-square-foot dinosaur hall in the Perot Museum of Nature and Science. On view are the actual skull and grill fossils that Dr. Fiorillo found on Alaska’s North Slope along with a 3D model of the animal and a richly colored, wall-sized illustration created by artist Karen Carr. 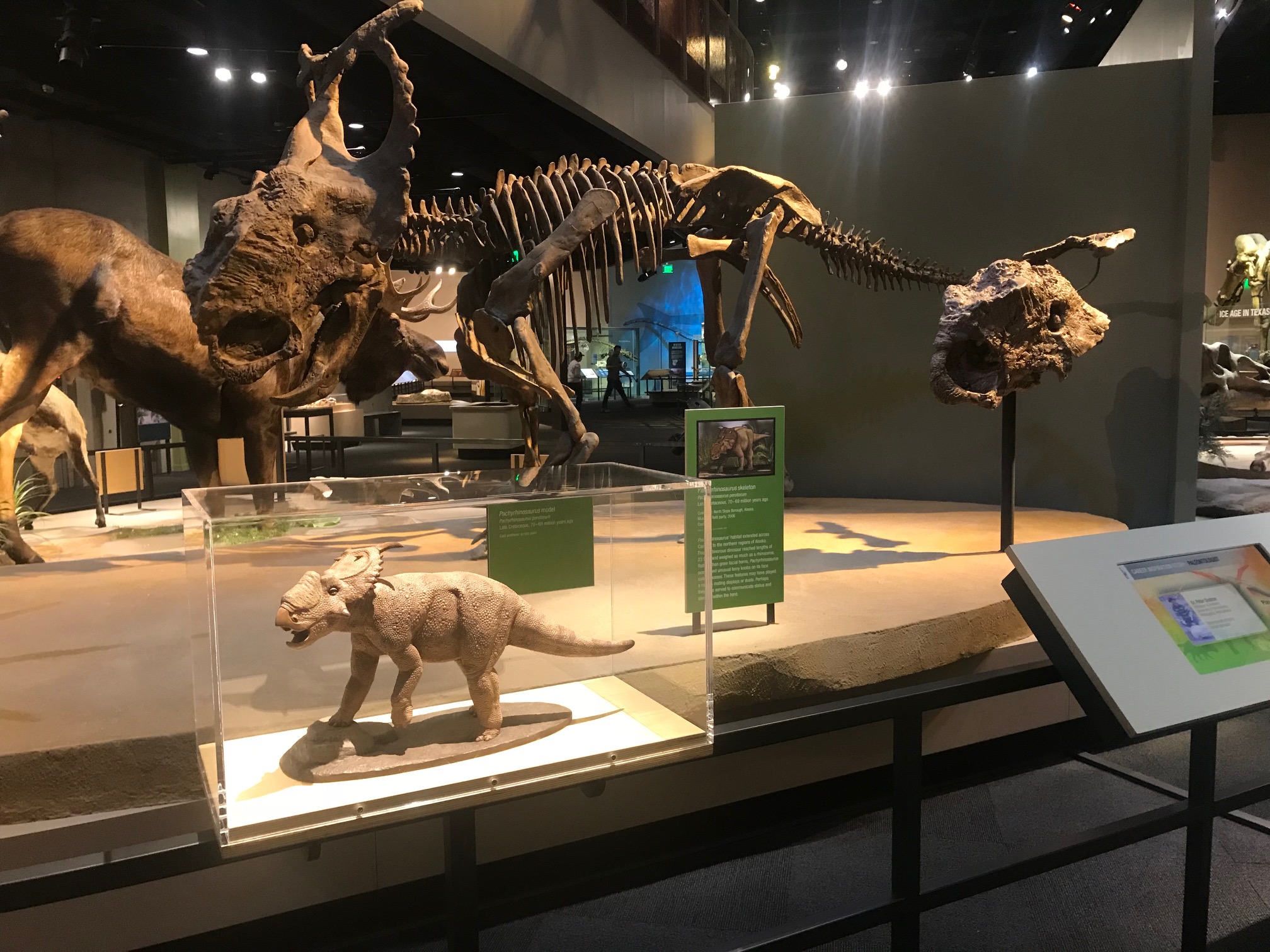 Dr. Fiorillo and Dr. Tykoski named the dinosaur Pachyrhinosaurus perotorum in honor of the family of former presidential candidate H. Ross Perot. In 2008, Perot’s children donated $50 million to the Dallas Museum of Nature & Science to help build the new Perot Museum of Nature and Science. The dinosaur is unique and can only be seen at the Perot Museum. That is until now. 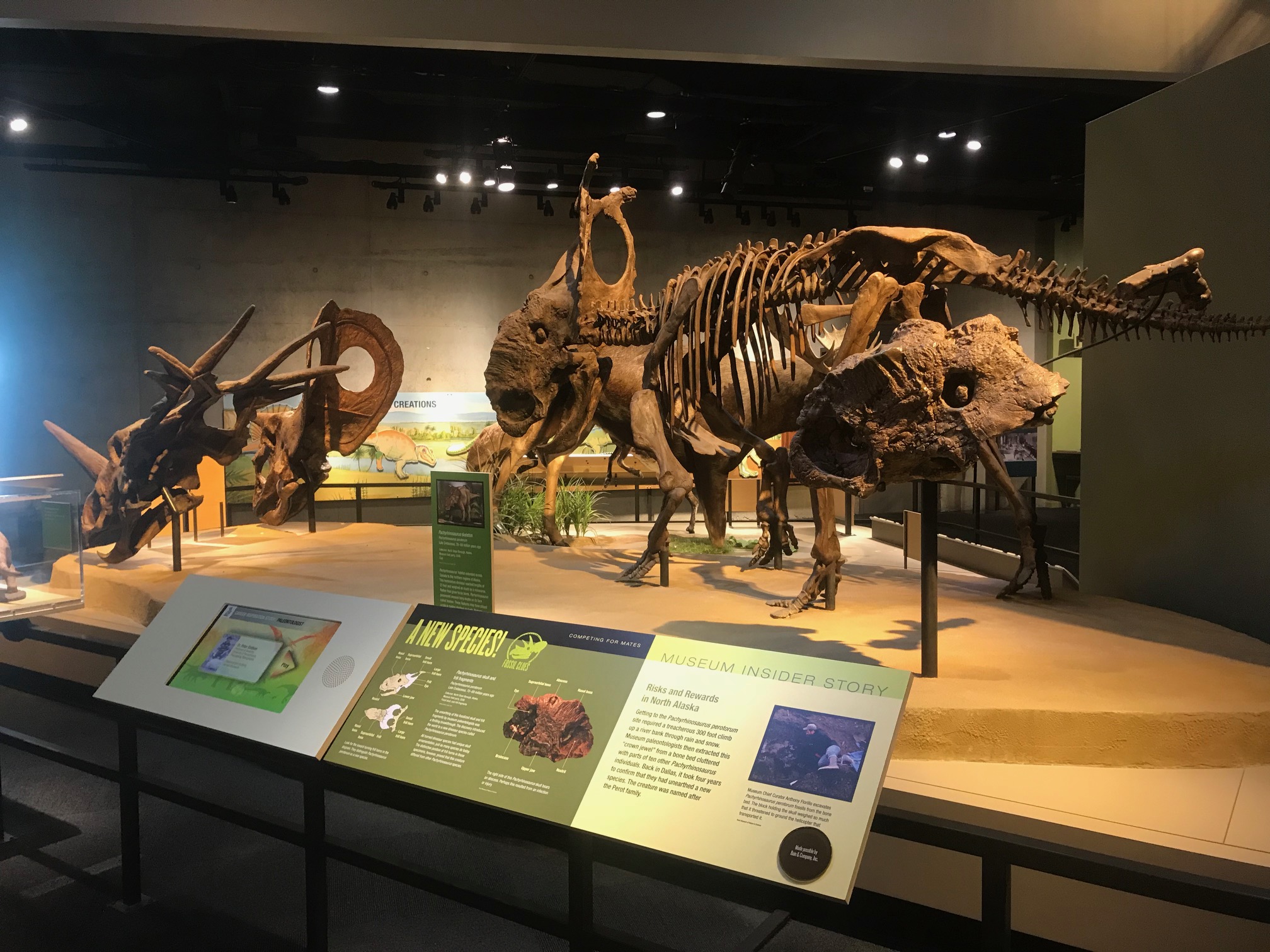 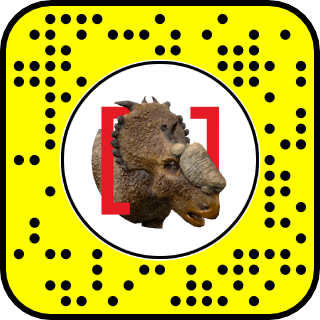 Visitors to the museum can activate the AR experience in several ways. One of the easiest ways to activate the lens is to scan in the specially marked Snapcodes of the dinosaur found in the museum. Once the App recognizes the Snapcode, the user has 24 hours to engage with it.

People can have fun by taking a selfie with “Pachy” or they can simply tap and draw a line on their screen and watch the dinosaur come to life and walk along the path they drew. At the end of the line, “Pachy” will stop and eat some vegetation as a reward.

After taking a photo or recording a video, they can save or share it through their social media channels. Friends that receive the post on Snapchat will then have access to the AR lens as well.

“We wanted to create a new way for our audience to engage with our exhibits,” said Gary Frank, Director of Marketing at Perot Museum of Nature and Science. “With the launch of our new Ultimate Dinosaurs exhibit, we felt it was time to bring some new and exciting technologies to create shareable moments.”

Below is an overview of the interactions that can be experienced through the lens. 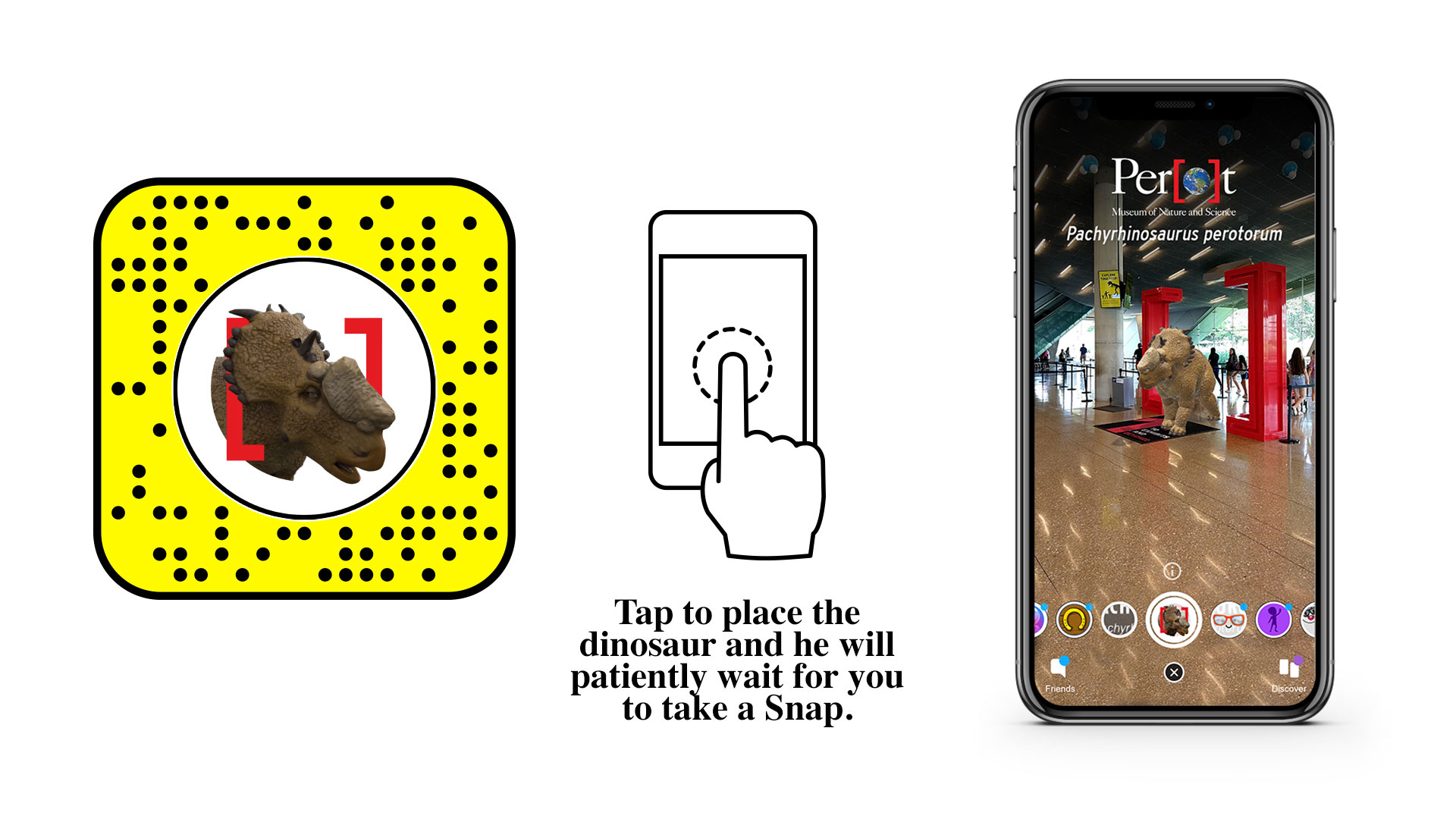 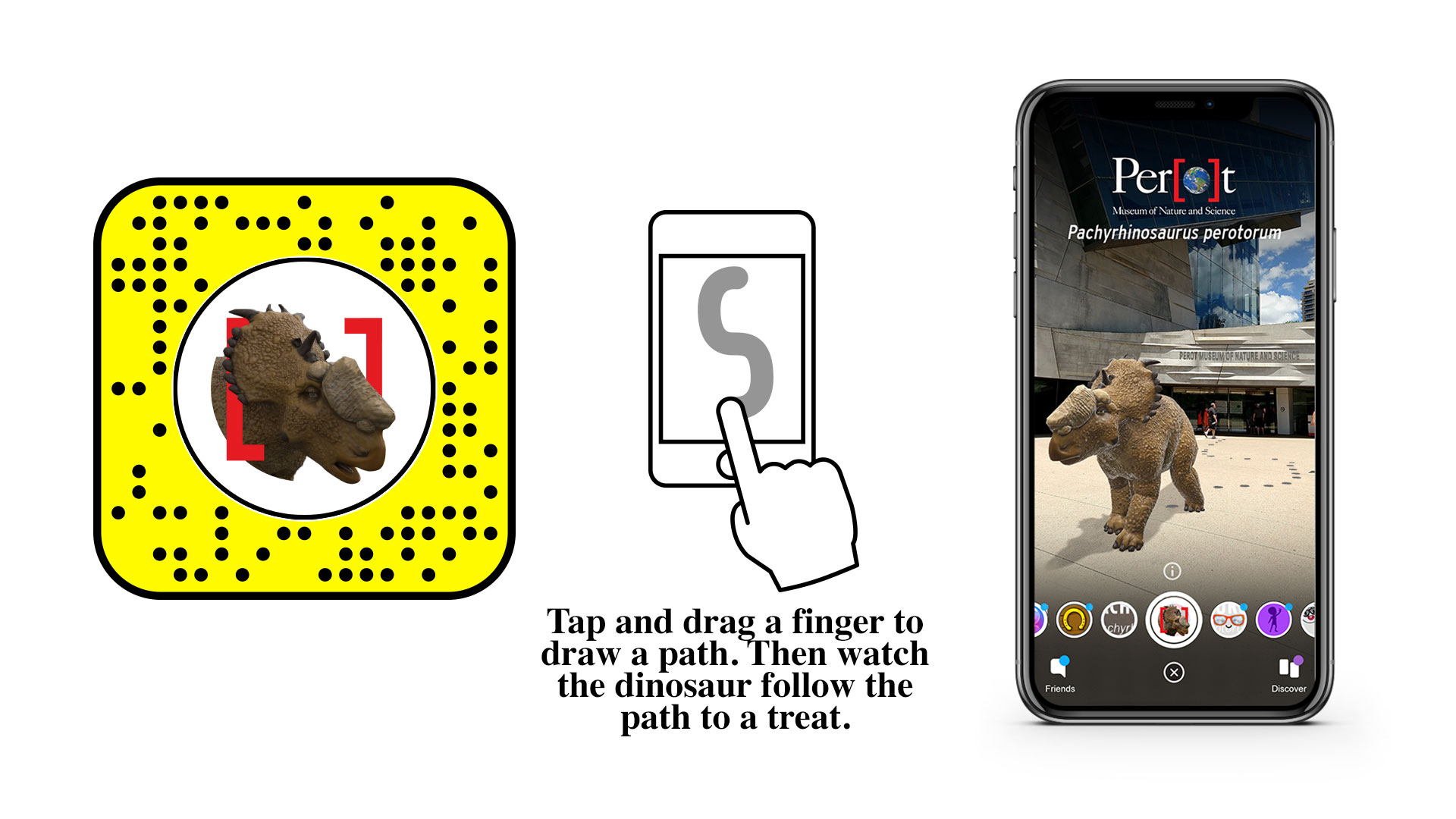 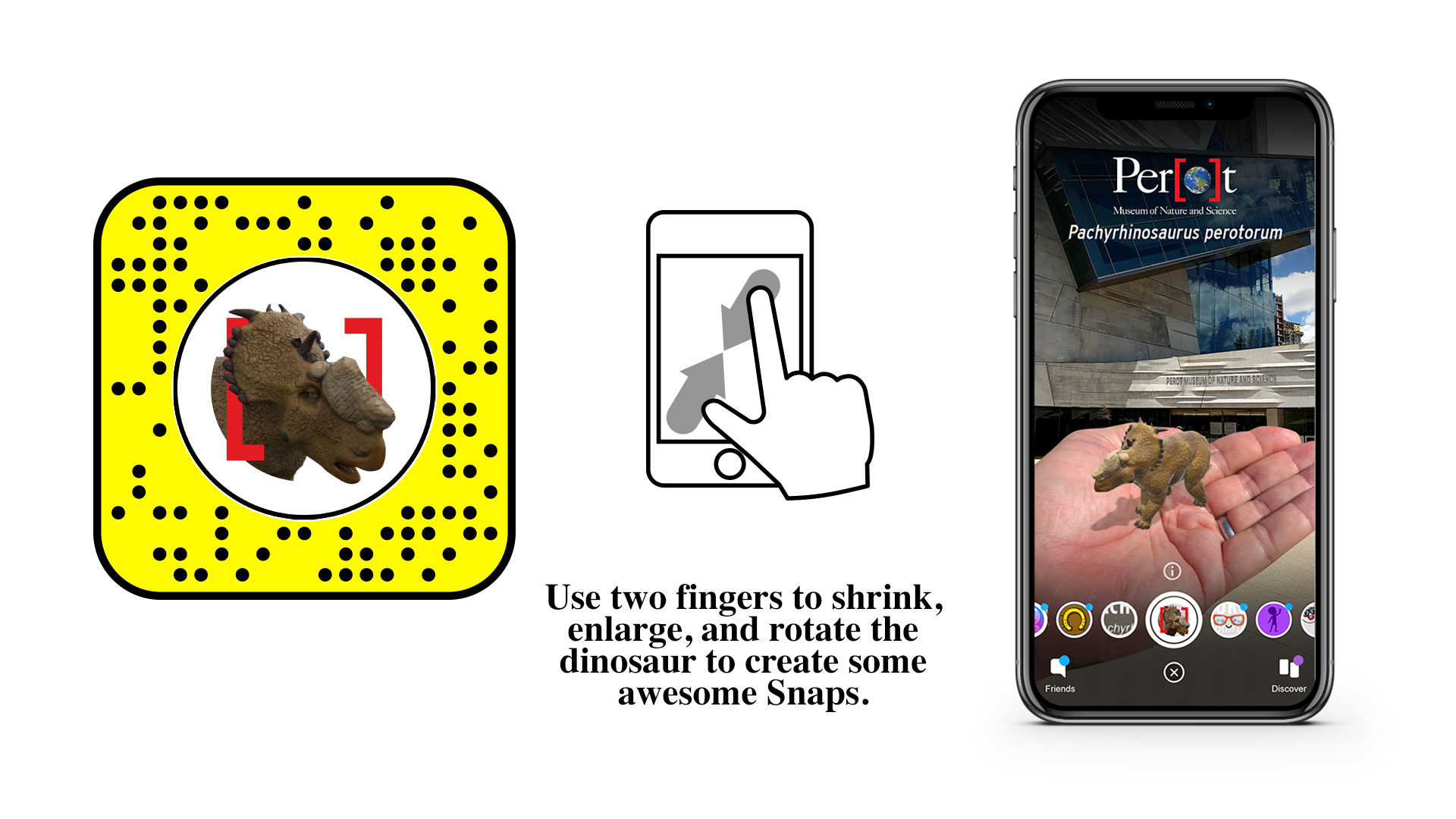 Behind the Scenes of the Production

The Groove Jones team worked with Dr. Ronald S. Tykoski on the actual model and animation to ensure it was scientifically accurate. Tykoski was involved in the research and naming of the original Pachyrhinosaurus perotorum fossils found on Alaska’s North Slope. Below are samples of the model creation throughout the production process. 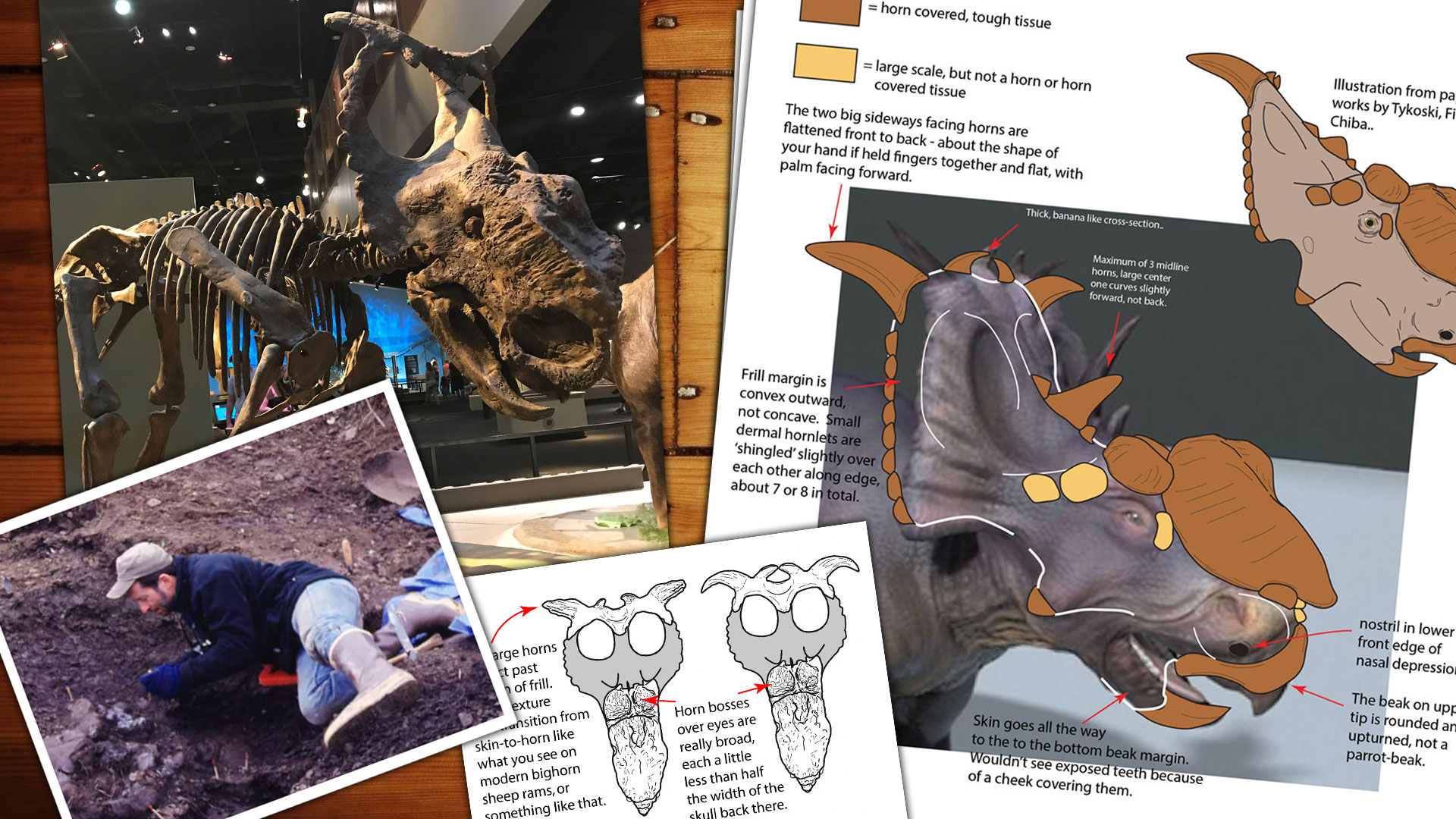 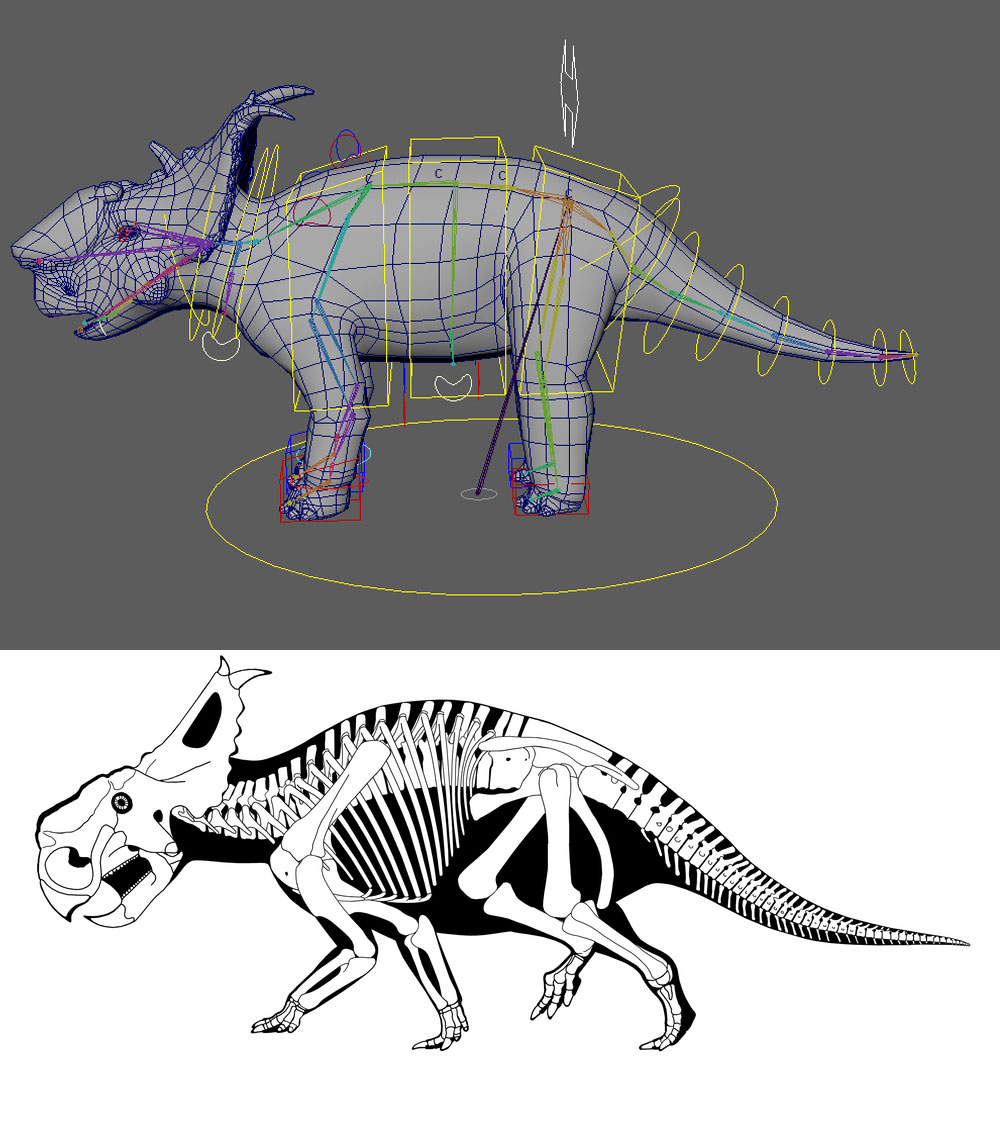 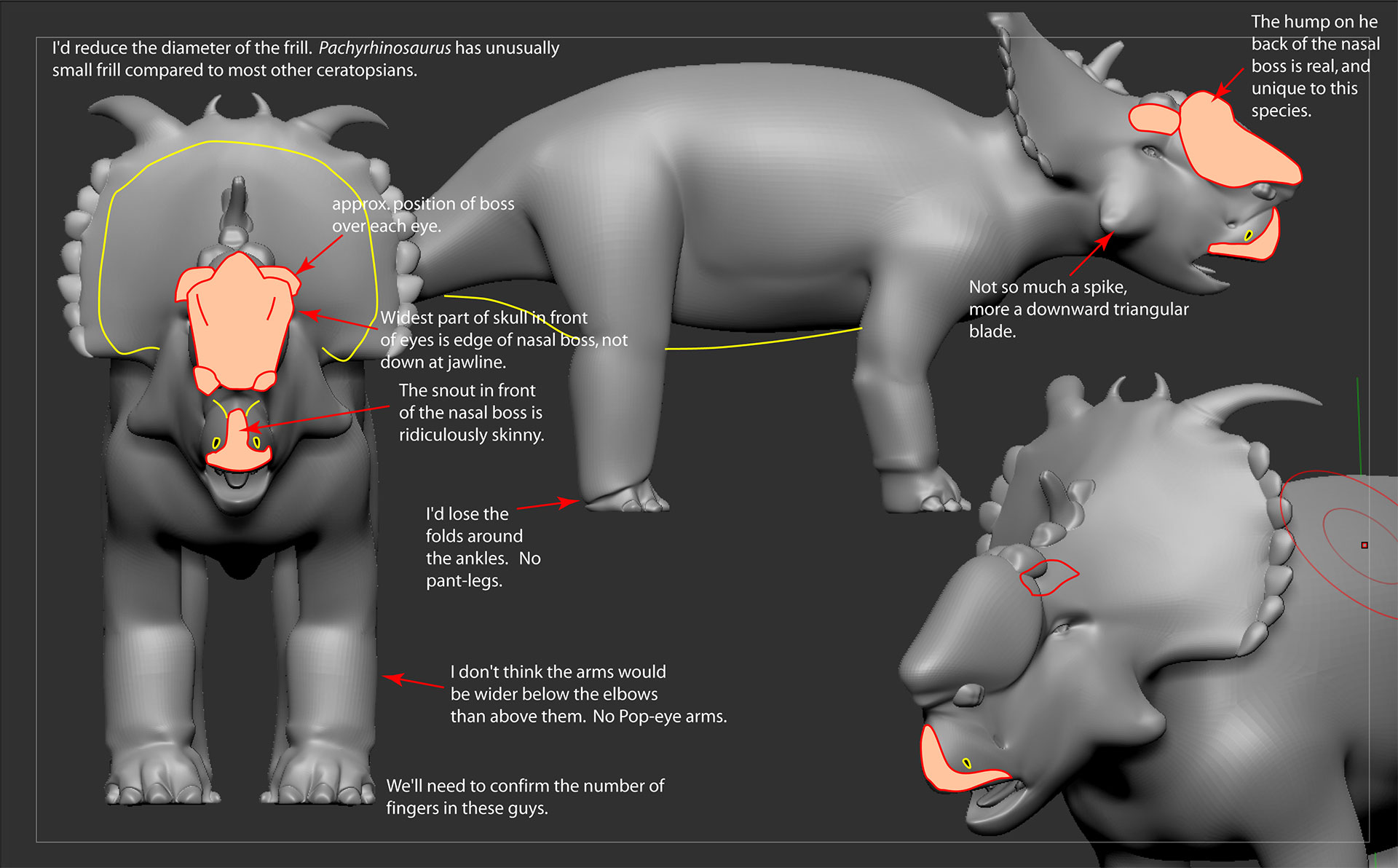 The real paleontologist that discovered the actual Pachyrhinosaurs perotorun fossil in Alaska used the Snapchat lens we created to take an AR photo of the Pachyrhinosaurs perotorun walking in Alaska. I don’t know if this is the exact slope he discovered the original fossil years ago, but it is pretty surreal. Special thanks to the Perot Museum for sharing. 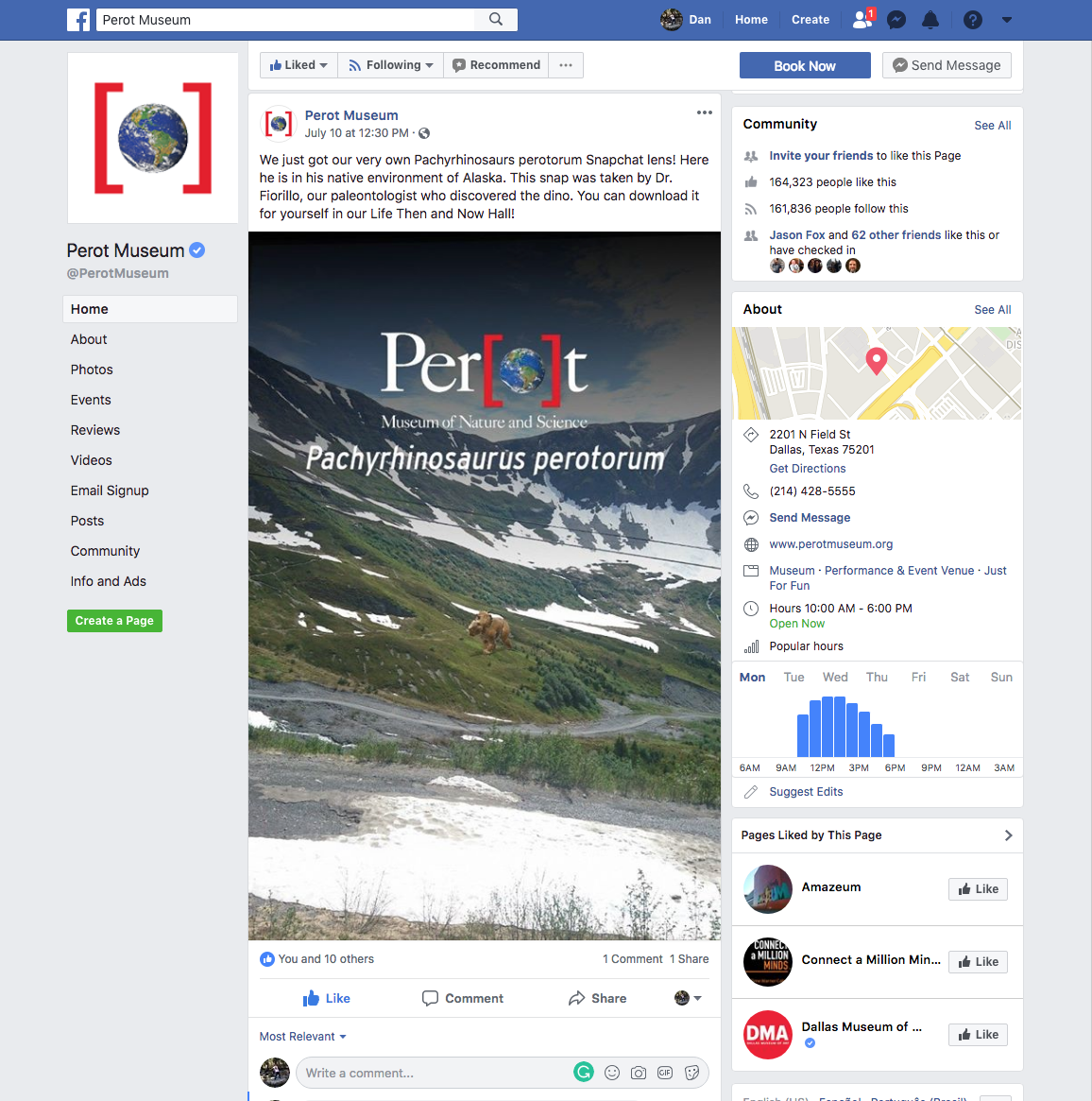 After 6 weeks the filter had been viewed over 50K. This was 100% organic growth. 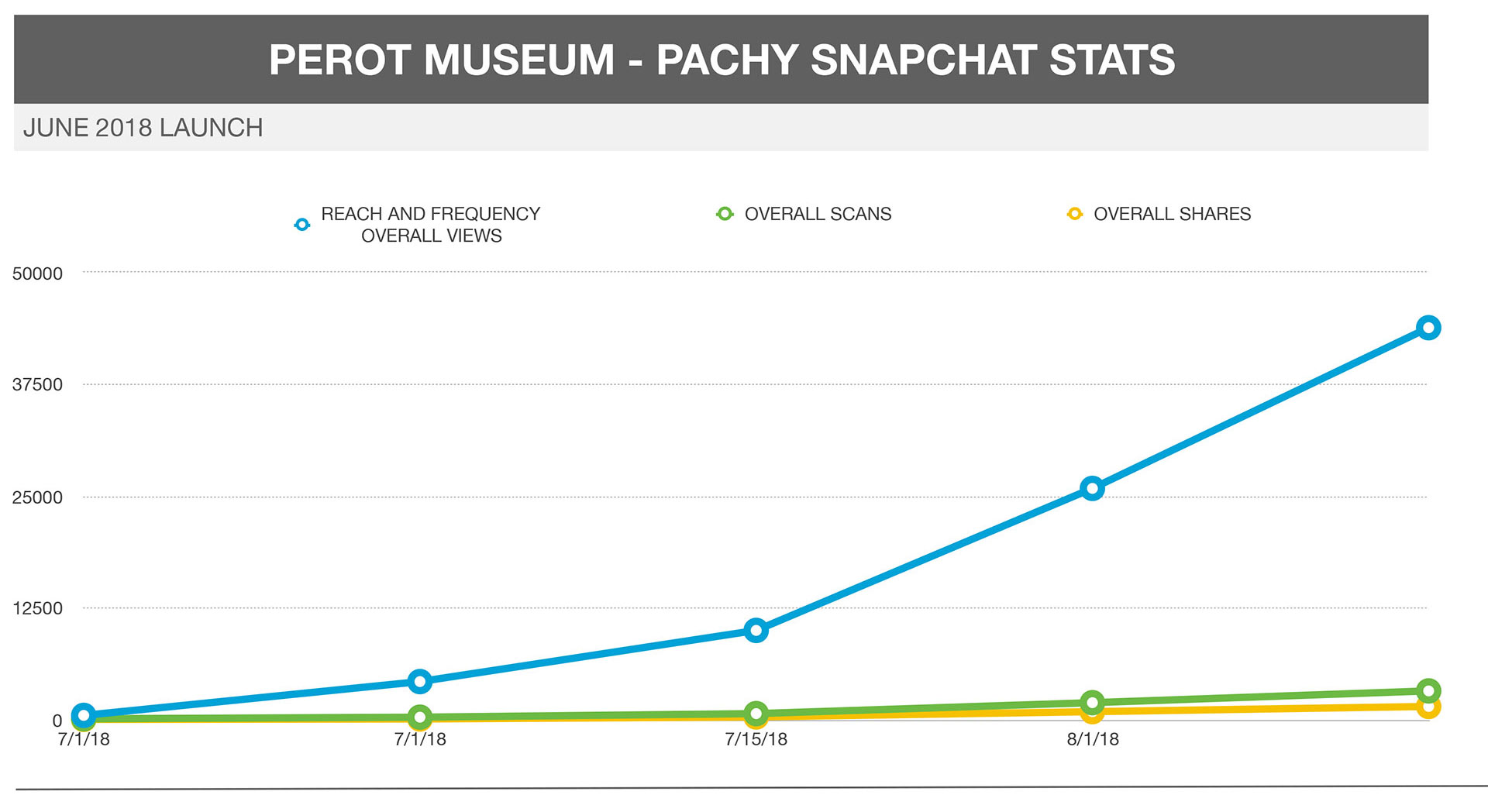