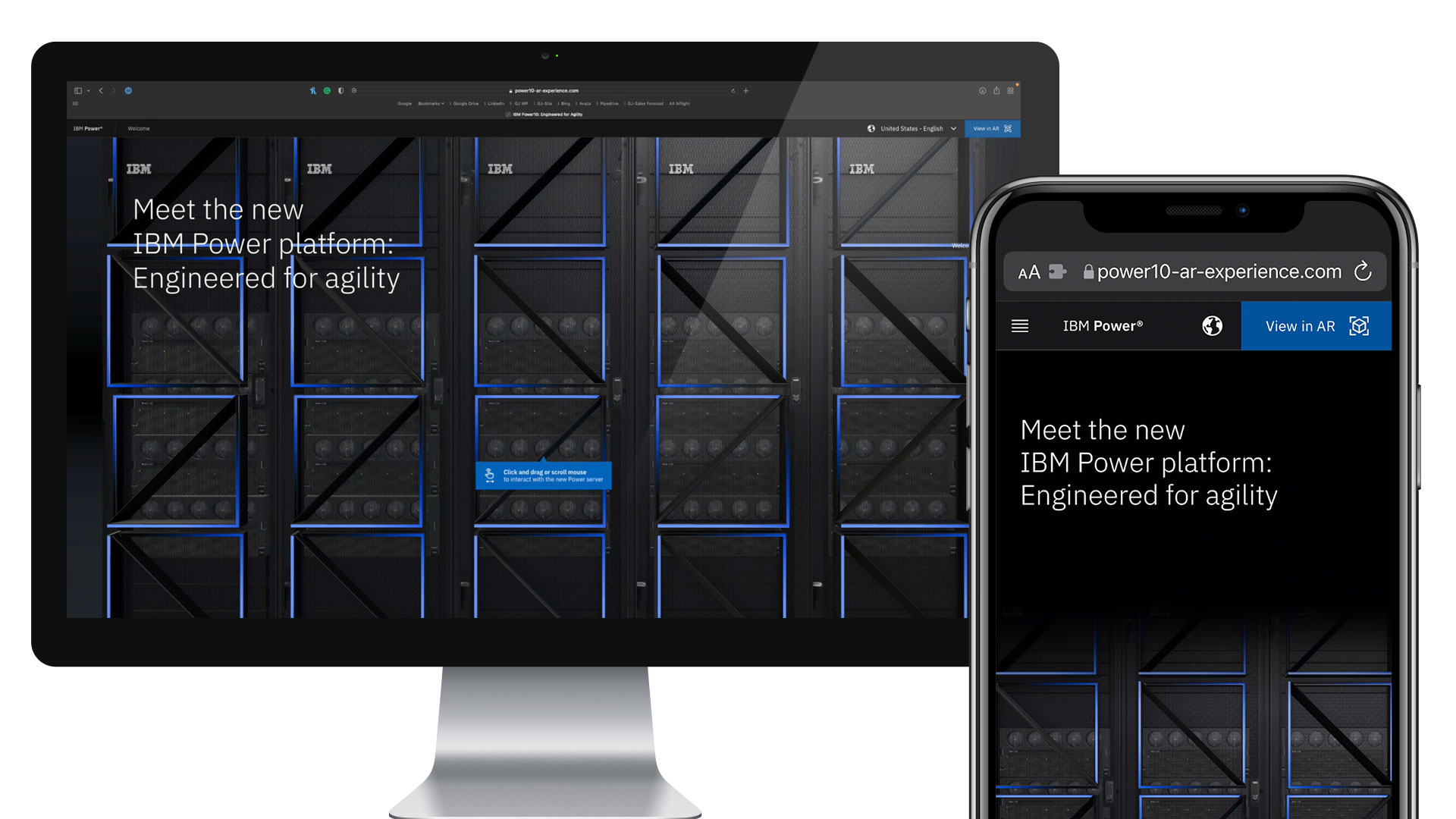 IBM partnered with Groove Jones to develop an Augmented Reality and WebGL experience introducing the IBM Power E1080 server, the first in a family of servers based on the IBM Power10 processor.

The IBM Power E1080 server is designed to support a hybrid cloud infrastructure, built with a 7nm processing chip at its core to keep data secure, process AI algorithms with the efficiency, and ensure workloads and applications can run across cloud and on-premises environments seamlessly, with the reliability and scalability IBM Power is known for.

The companion site can be experienced here – https://power10-ar-experience.com 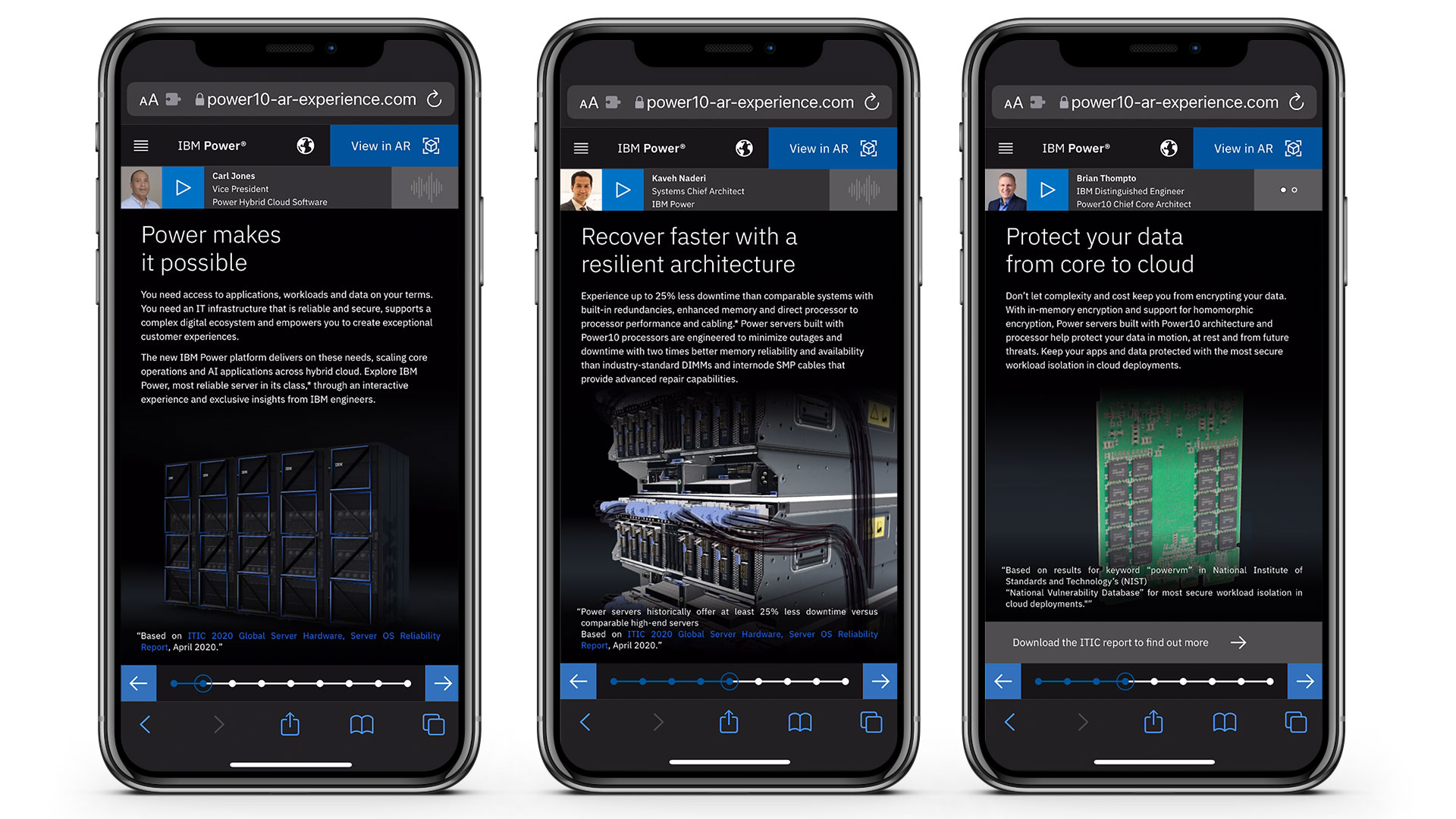 The site doubles as an interactive walk-through of the IBM Power E1080 server and can be explored on desktop or mobile devices.

The site includes dynamic 3D models and animations of the hardware with audio insights from Distinguished Engineers on the IBM Power10 team. Both speaker audio and closed caption text are played along with a synchronized animation on the webpage. 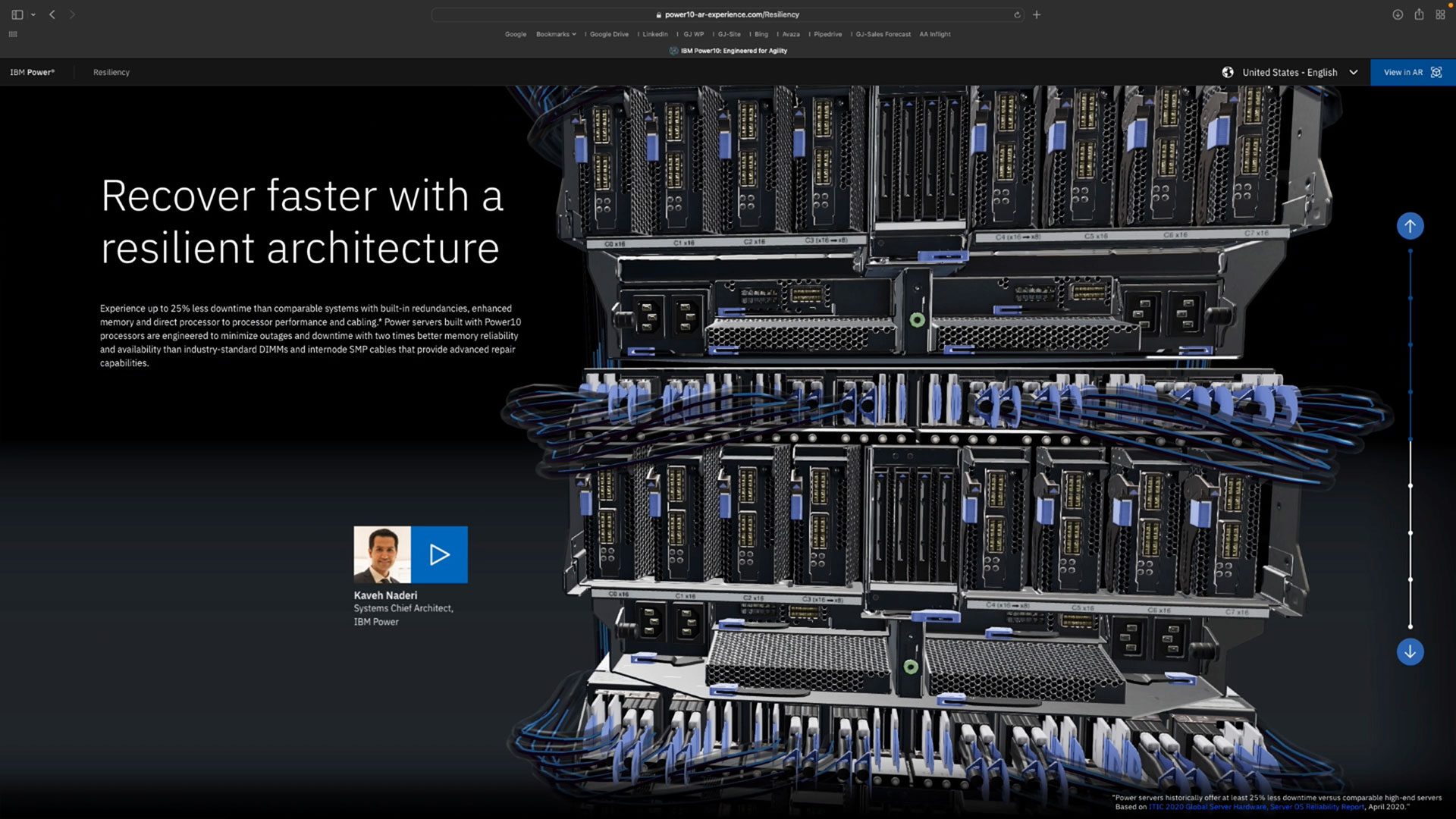 Leveraging interactive 3D models of the IBM Power E1080, the user can tap and explore the hardware from any angle. 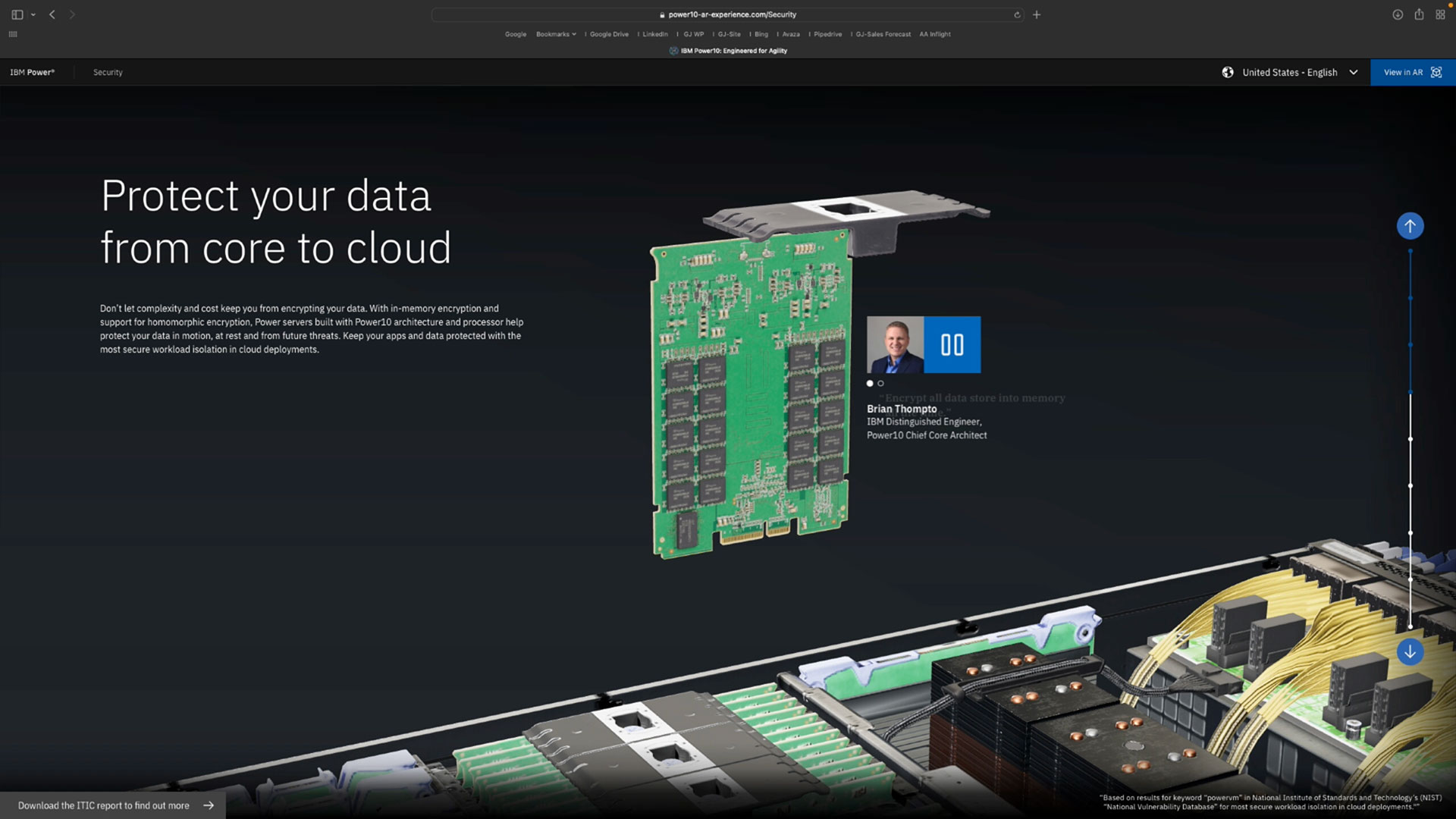 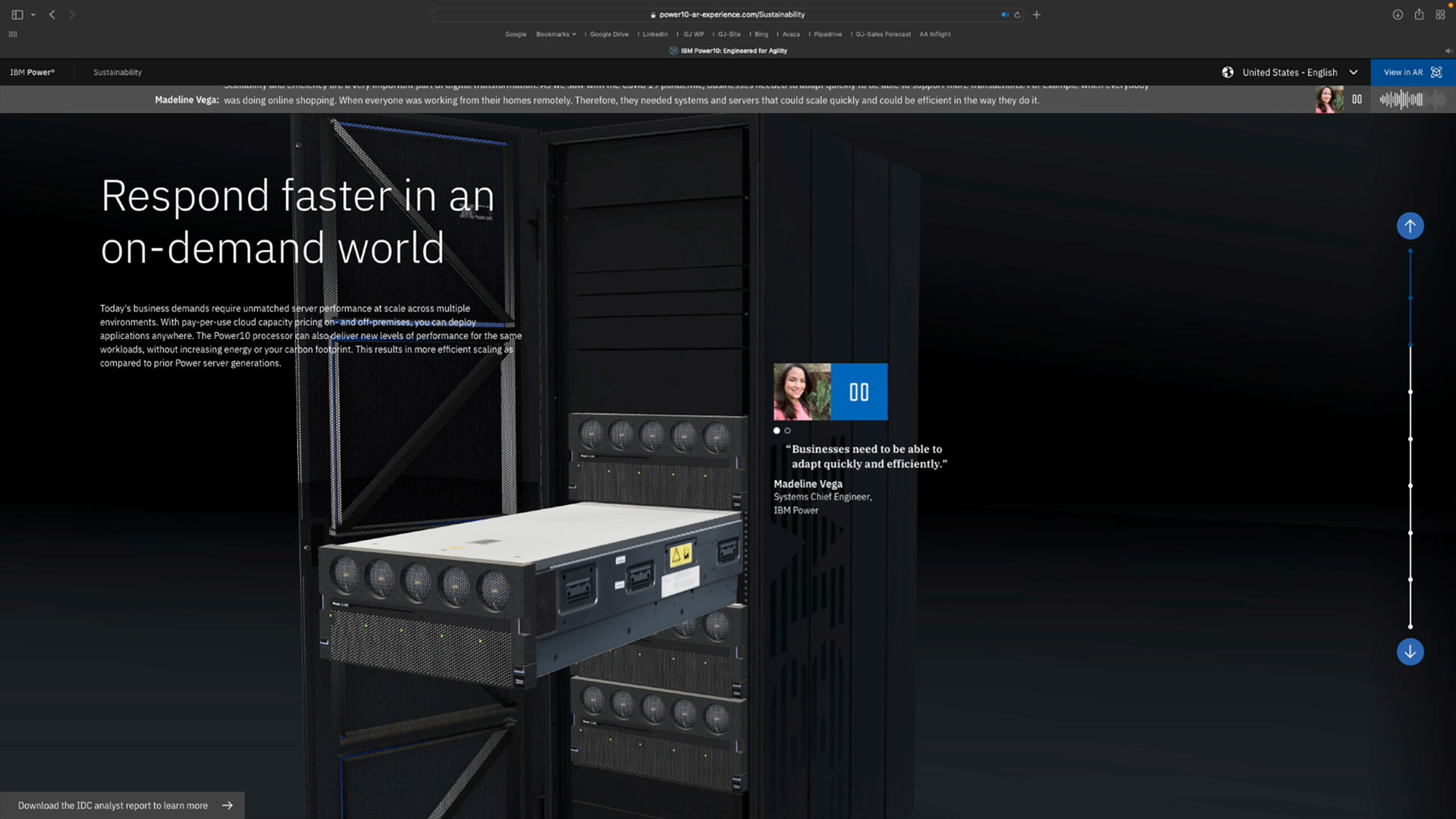 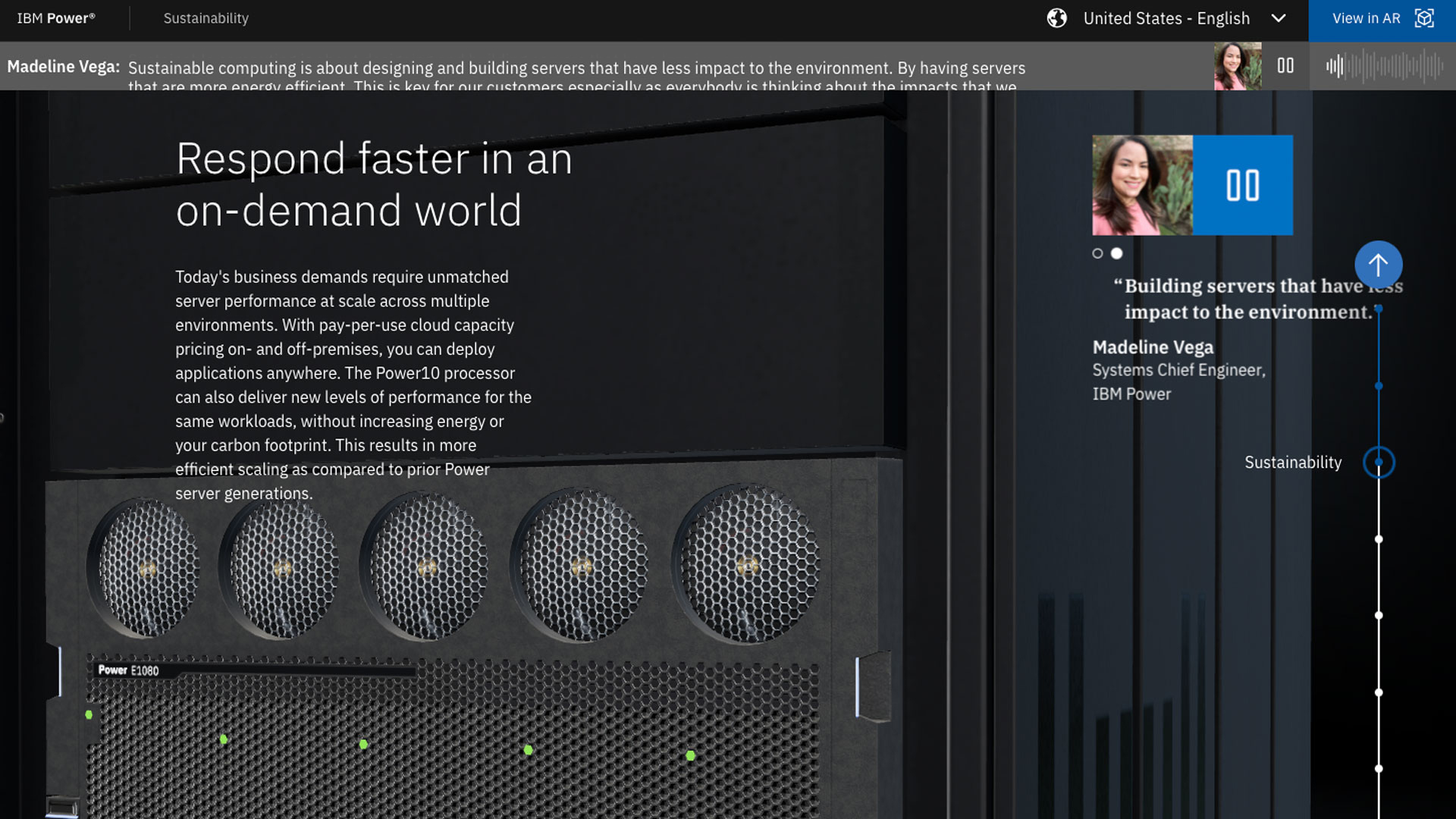 For deeper exploration, users can open panel doors and zoom in to view the hardware, power cables, and processing chip details.

The site was designed for an international audience and can be explored in English, German, French, Spanish, Korean, Chinese, and Japanese languages. 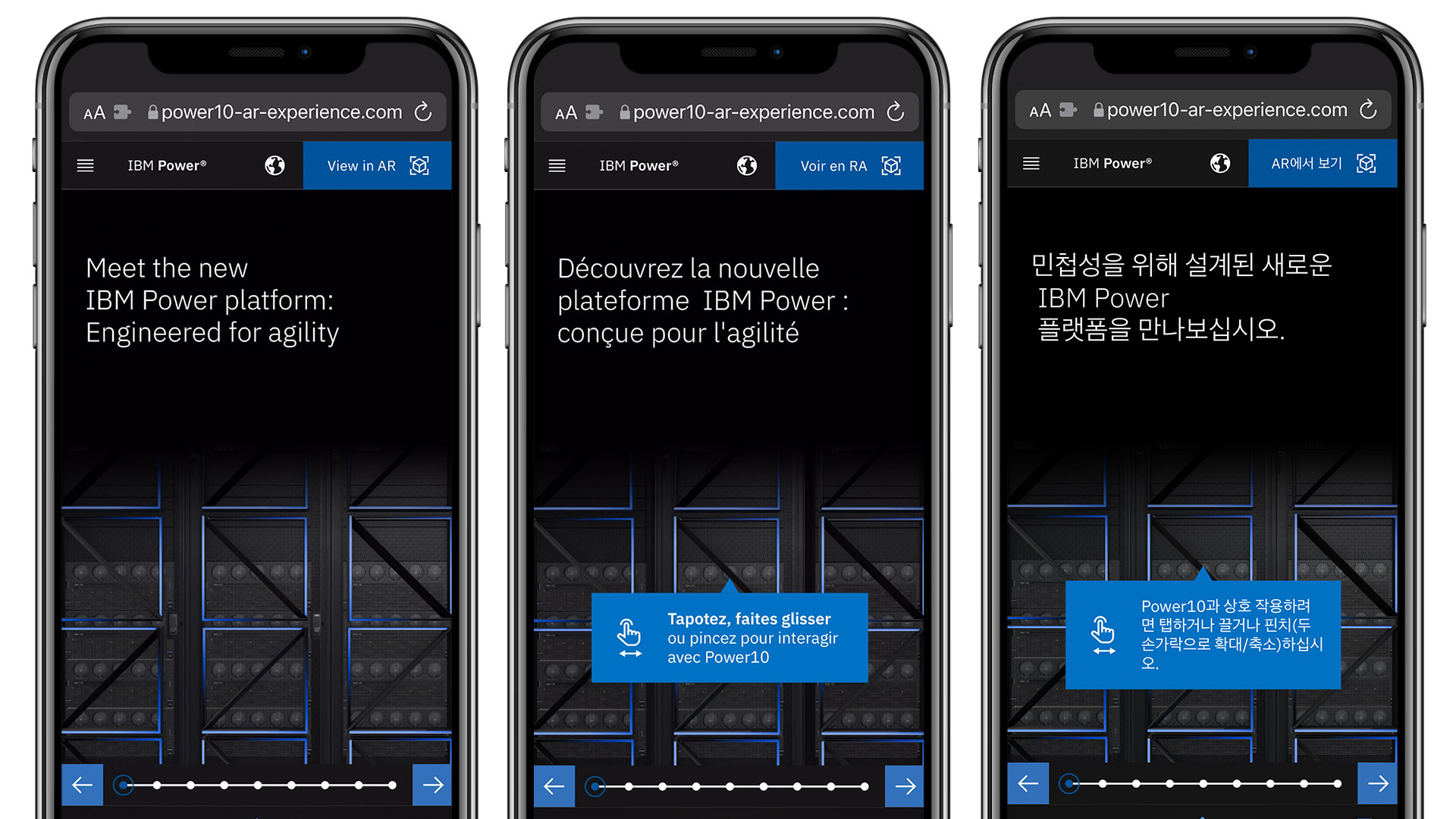 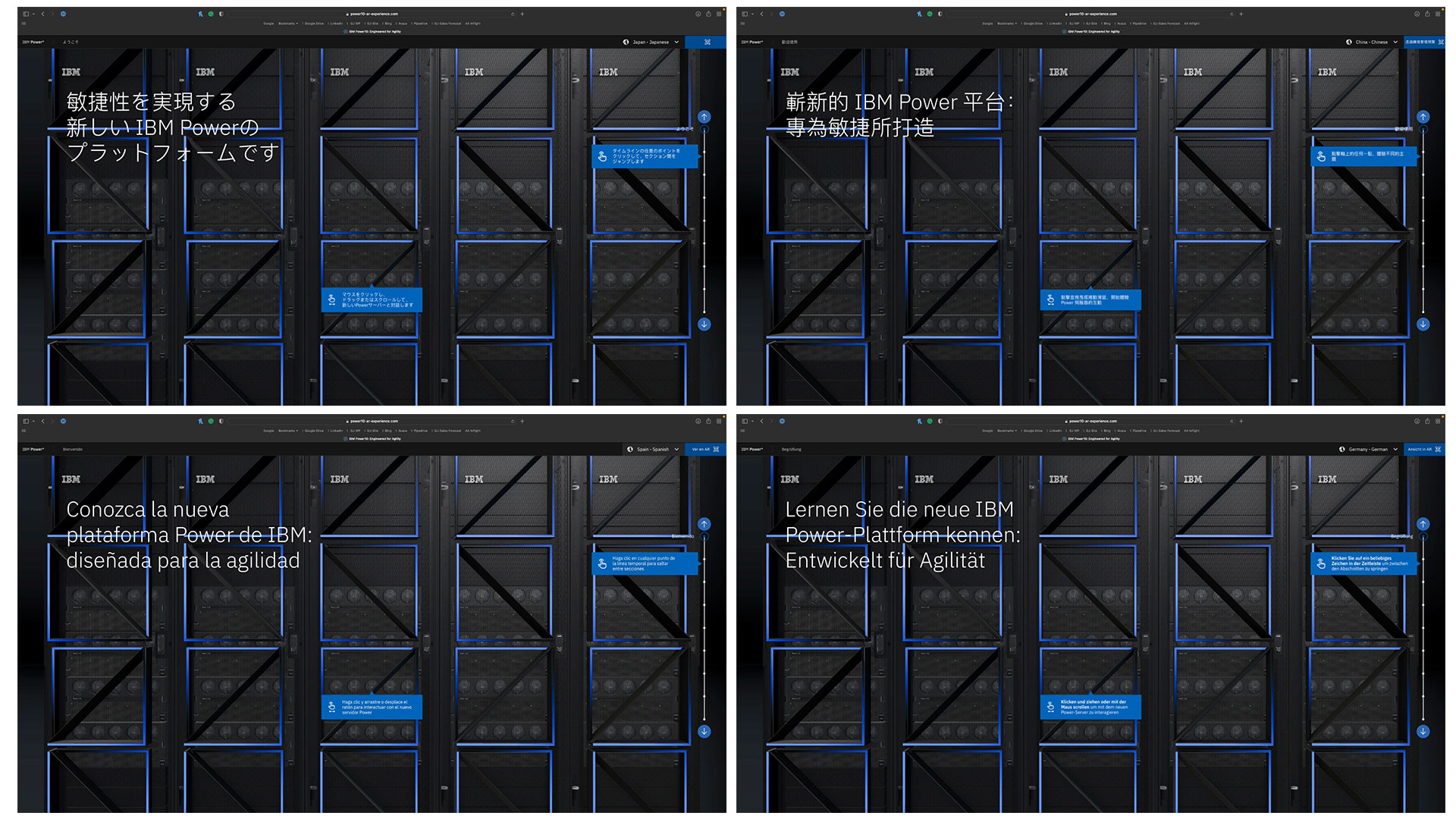 Previously, IBM has worked with Groove Jones on other WebGL and AR experiences for their Think Conference. 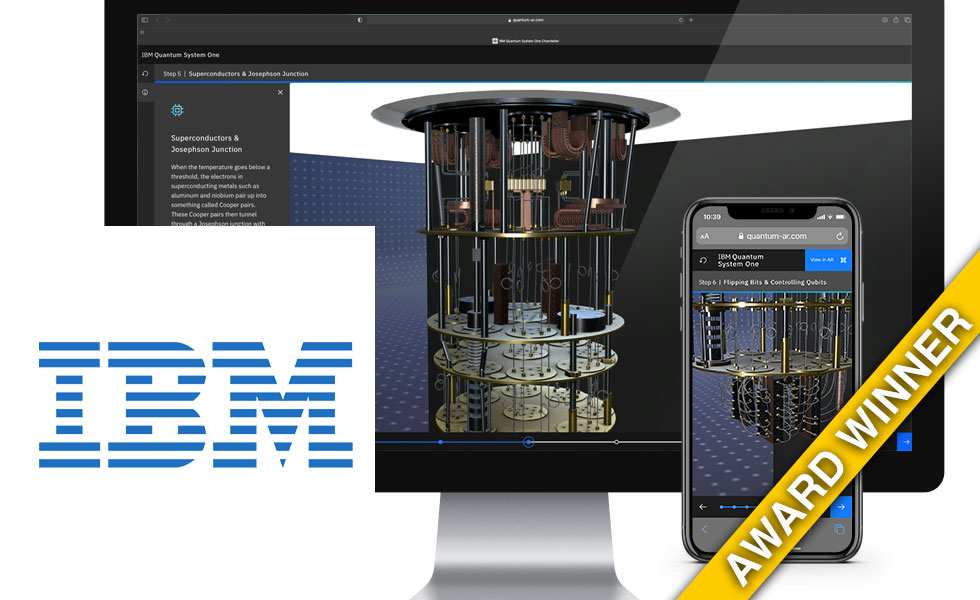 Check out the case study – https://www.groovejones.com/ibm-leverages-ar-at-think-event/