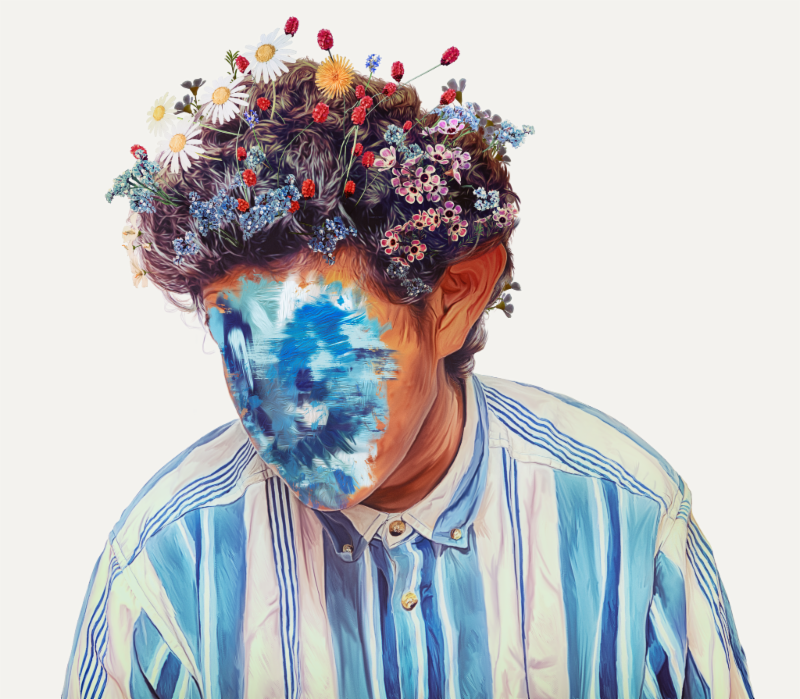 The album artwork features an abstract portrait of Hobo, his face covered in a collage of blue and white paint, and wildflowers in his hair. Groove Jones recreated this effect for the Snapchat and Facebook platforms, so fans and social media users can become the album cover.

We used both platforms’ face-mapping technology to cover the user’s face with the same white and blue paint, and anchor wildflowers in their hair, all while a clip of Hobo’s song ‘Typical Story’ plays in the background.

With the filter applied, a user can open their mouth and the face paint dissolves away, leaving just the flowers.

Bringing the Filter to Life 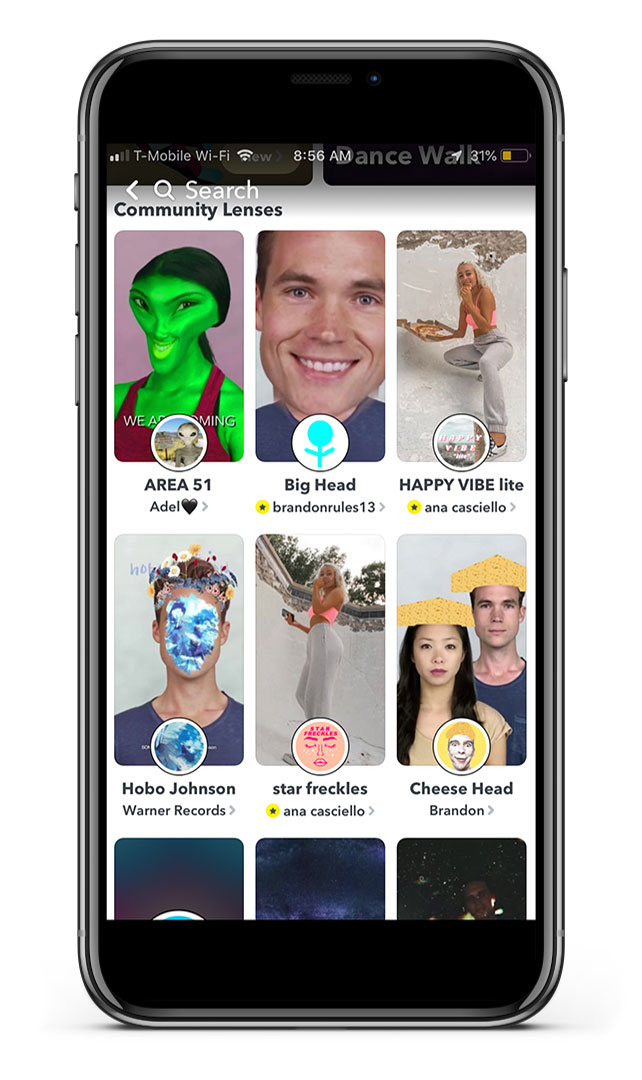 Taking a static image and bringing it to life was great fun. Both social platforms provide effective face-mapping technology; we just needed to add more fun and enjoyment to the filter. Those elements came in the form of the paint dissolving effect and the motion of the flowers.

For the face paint, recreating the abstract style was the easy part.

Groove Jones worked with Warner Records to realize the dissolving effect when a user opens their mouth. Face filters tend to be more fun when there is interactivity, especially those where you can’t see the user’s face. Iterating through the dissolve effect, we employed an effect that resembles a paintbrush removing the paint from the face.

Bringing the flowers to life presented a few opportunities to make the face filters more magical. We wanted them to move, as if blowing in the wind or reacting to a user’s head movement. Each flower was rigged, animated and placed in the filter to simulate the desired movement effects.

The end result is a pair of face filters that are fun and whimsical, and something Warner Bros. Records is really excited about. The filter was also featured as the Snapchat Lens of the day! Watch out for the new Hobo Johnson and the LoveMakers album coming in September, and look for the Hobo Johnson face filters on Snapchat and Facebook now.

Snapchat Community Lens of the Day

The Warner Records were really excited about the filter, and when it went live, Snap selected it to be featured on the Snapchat lens of the day screen. Exposing the filter to millions of Snap users.

“Groove Jones took the vision I had and perfectly executed it. The lens was a huge success and Snapchat featured it on their community lens section with over 600k views in 24 hours.” 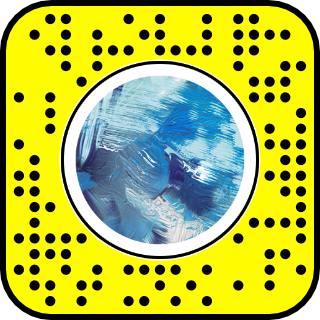 Their video was viewed on YouTube over 15 million times. “The Fall of Hobo Johnson” is their second album and is due for release on September 13.

Below is the video for “Typical Story” the first single off of the new album.