The Dallas Mavericks commemorated the retirement of the legendary Dirk Nowitzki on April 9, 2019, by releasing four unique augmented reality experiences at Dirk’s last home game at the American Airlines Center in Dallas Texas. Groove Jones was asked to take part in this huge event in Dallas sports history, making it the 3rd AR campaign with the Dallas Mavs this season.

+10K fans, over 1/2 of the audience attending Dirk’s final game at the American Airlines Center, activated the AR ticket onsite! 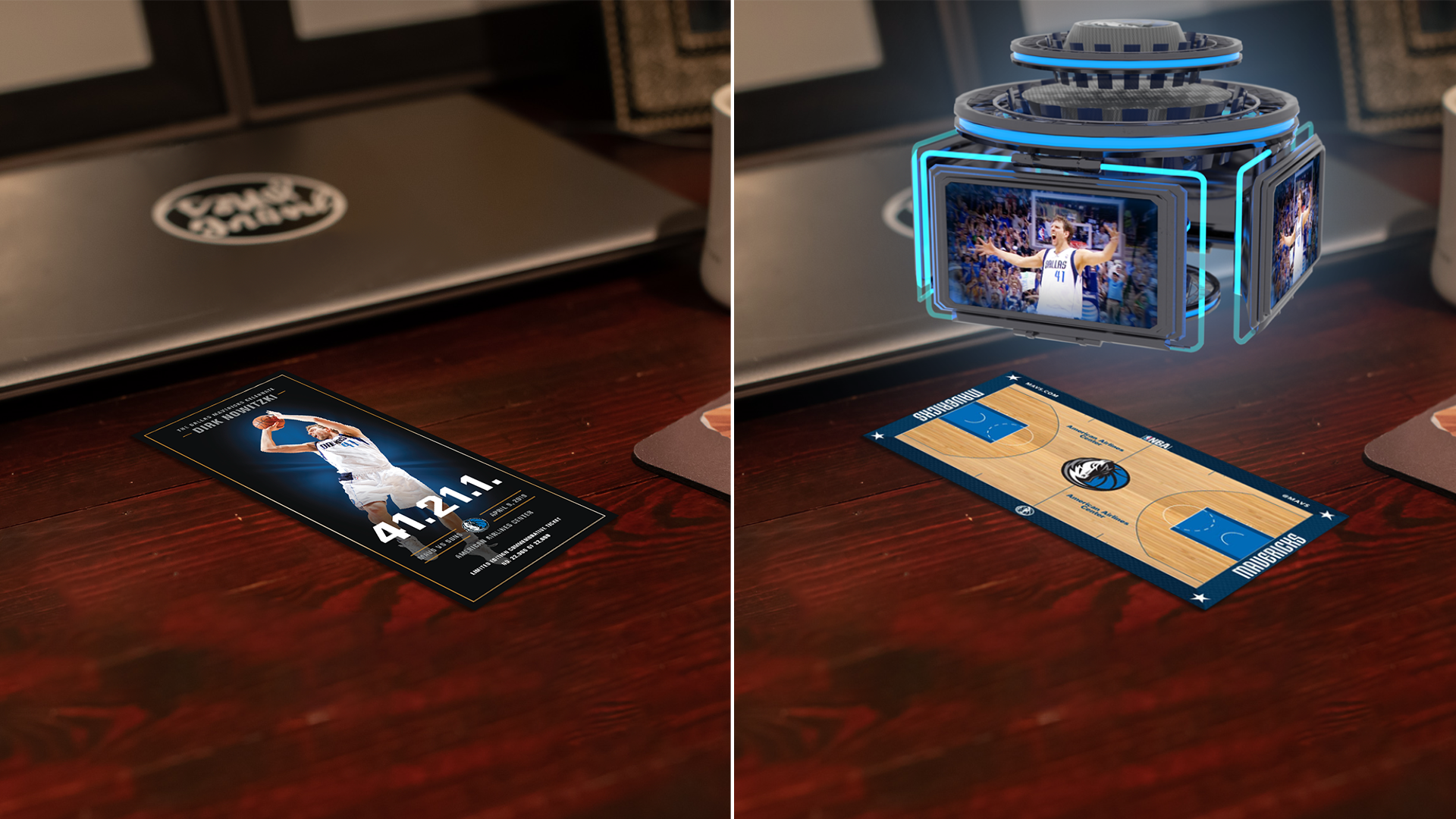 The celebration started with the release of a new AR mural on the largest outdoor wallscape in the Dallas Fort Worth area. 41 – his jersey number, 21 – legendary seasons, and 1 – is for one team!

The back of the YMCA building (601 N Akard), which can be seen from the intersection of Field Street and Ross Avenue, has been taken over with an incredible 68’ x 193’ Dirk Nowitzki mural and augmented reality activation. 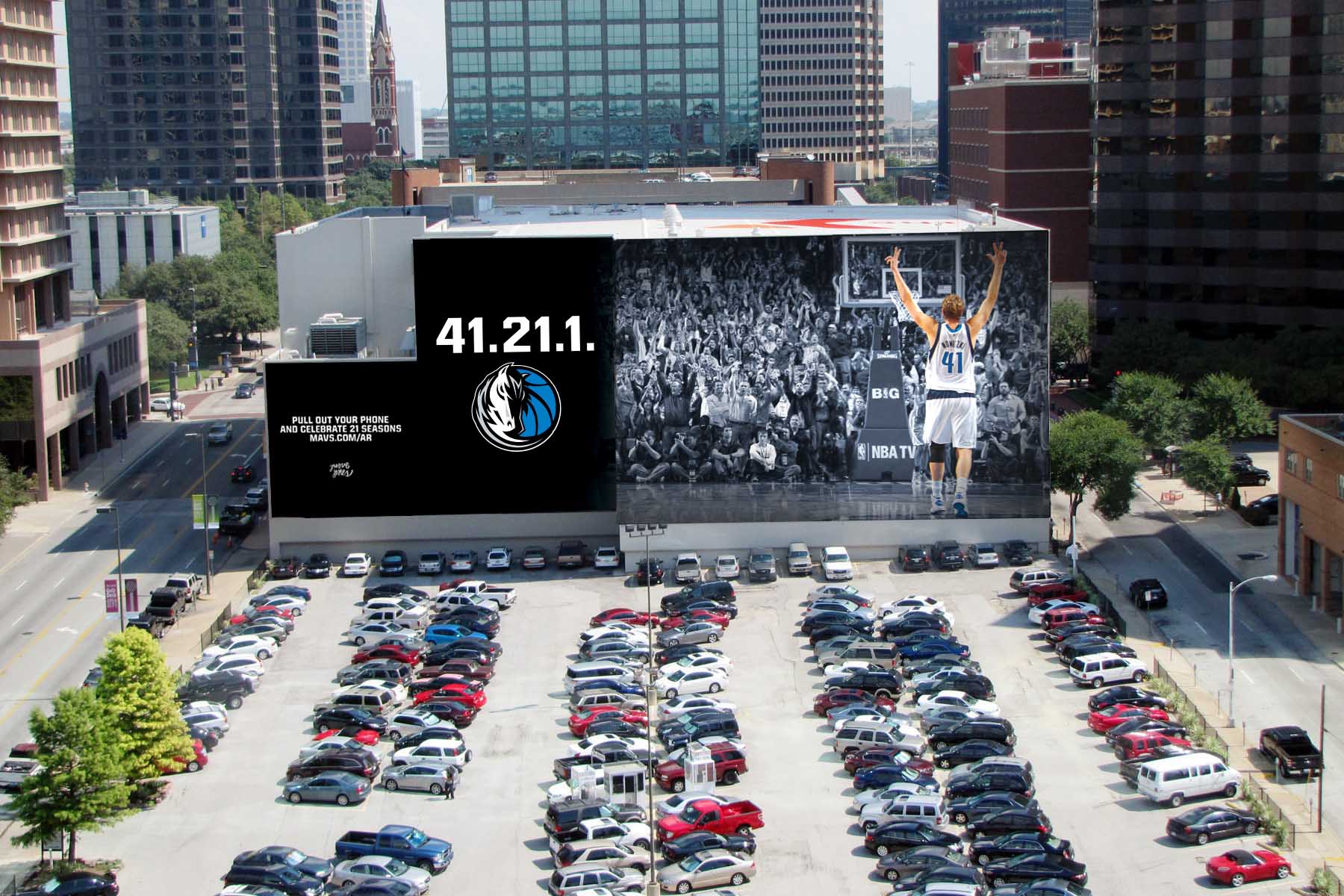 A week before Dirk’s retirement announcement, the mural was unveiled.  The mural, which is a few blocks away from where the Dallas Mavericks play, was the location where fans were instructed to unlock the initial AR experience. By pointing their phones at the mural, they could see Dirk come to life with 21 shots from all 21 of his historic seasons. 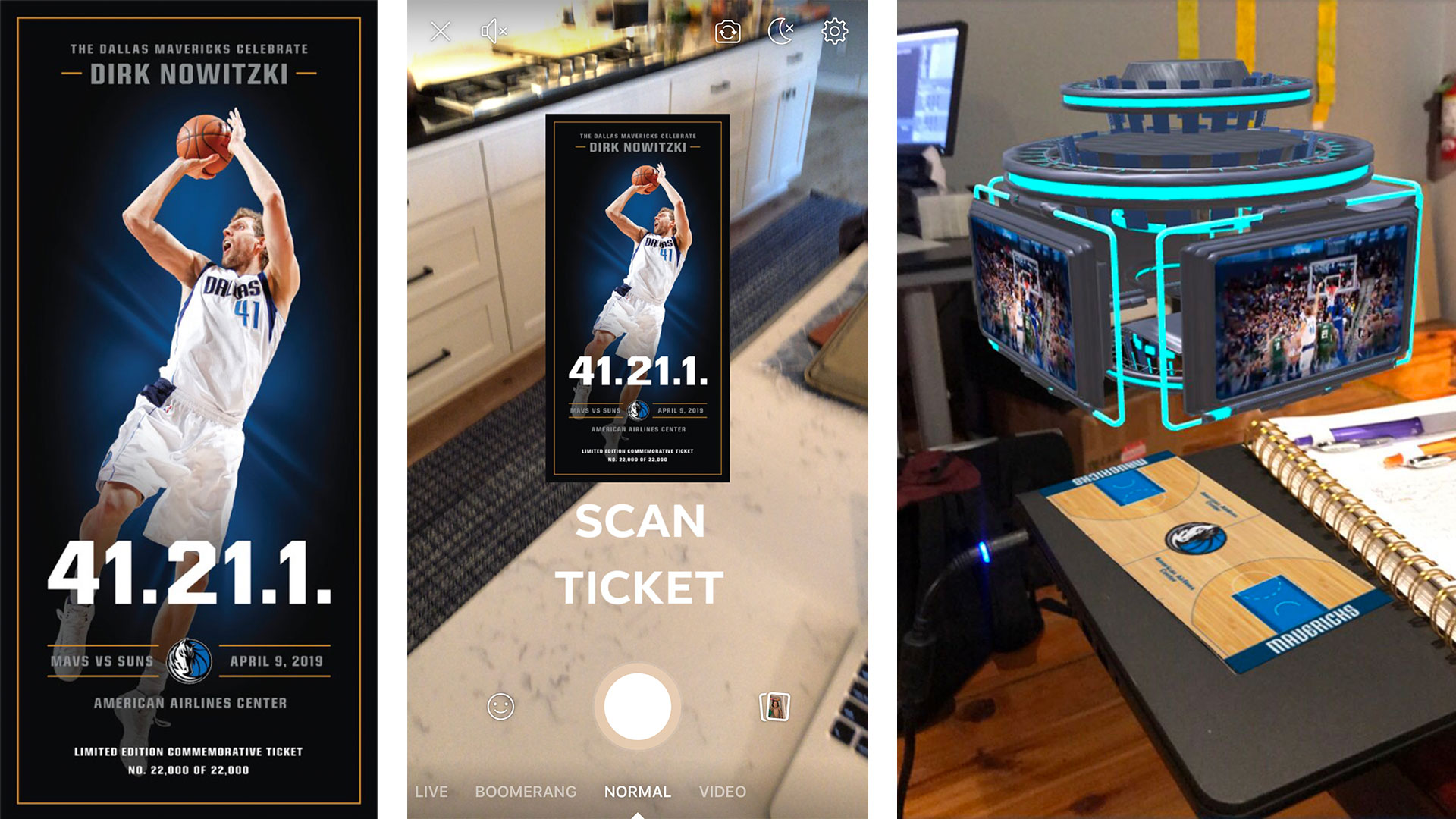 For the final home game on April 9, 2019, the Mavs created a commemorative ticket (22,000 printed) that fans can scan with their phone to unlock the AR experience. Once scanned, the ticket turns into a Dallas Mavericks branded basketball court and a giant 3d video screen appears playing highlights from of Dirk across all 21 seasons. Over 10K fans engaged with the ticket at the game.

Fans that attended the game also received a 41.21.1. poster and game clapper that was AR-enabled as well. The game clappers were distributed at every seat at the final game and the posters were handed out as fans left the American Airlines Center after the game.

Each printed collectible could be activated with the Dallas Mavs App through both Facebook and Snapchat social platforms. Fans were encouraged to post and share videos with the hashtag #MavsAR.

Below is an image of the game clapper that was given to fans. 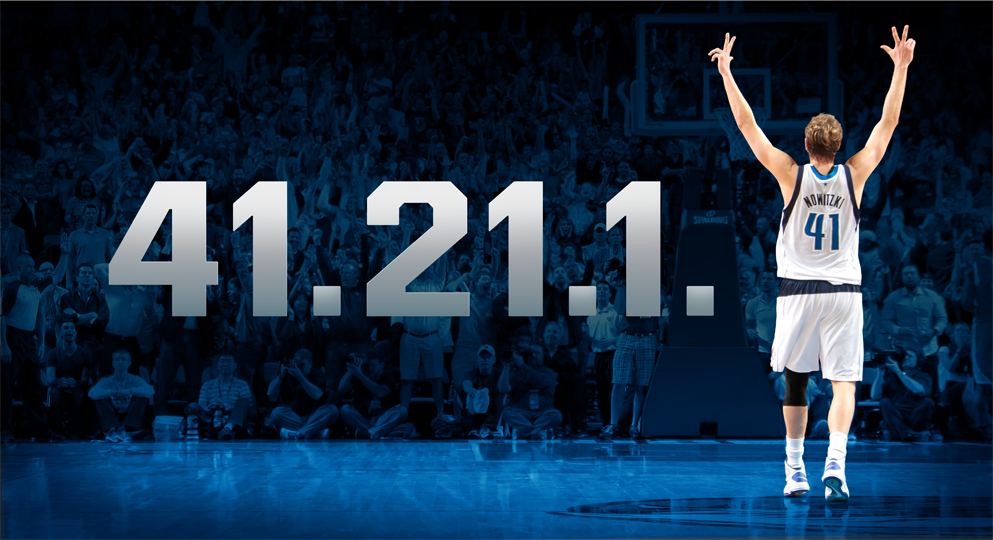 Check Out All Four AR Experiences

For those that were not able to attend the momentous event, we have included Snapcodes and the images to scan activate. Have fun! 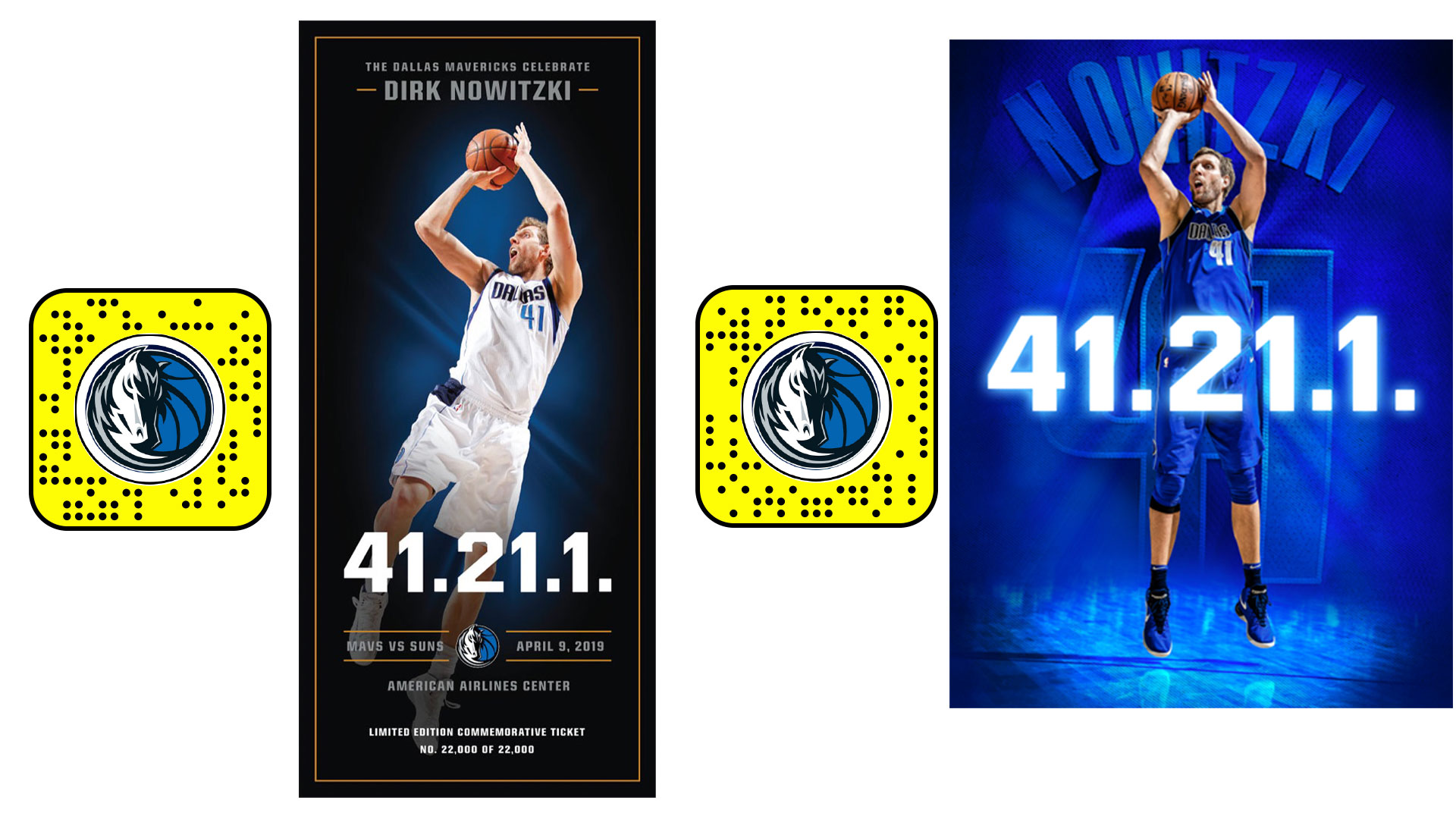 About the Dallas Mavericks

The Dallas Mavericks are a first-class global sports and entertainment organization providing memorable experiences for fans worldwide. The Mavs compete in the National Basketball Association as a member of the Western Conference and play at American Airlines Center under the direction of Coach Rick Carlisle, General Manager Donnie Nelson, Chief Executive Officer Cynt Marshall, and Owner Mark Cuban. Since the inaugural season in 1980-81, the Mavs have won three division titles, two conference championships and one NBA championship in 2011. In addition to on-court success, the Mavs are committed to making a difference in North Texas through community outreach programs and the Mavs Foundation. For more information on Dallas Mavericks players, staff, stats and tickets, visit mavs.com.