AR Consumer Journey: A Use Case demonstrating why Augmented Reality is a game changer. 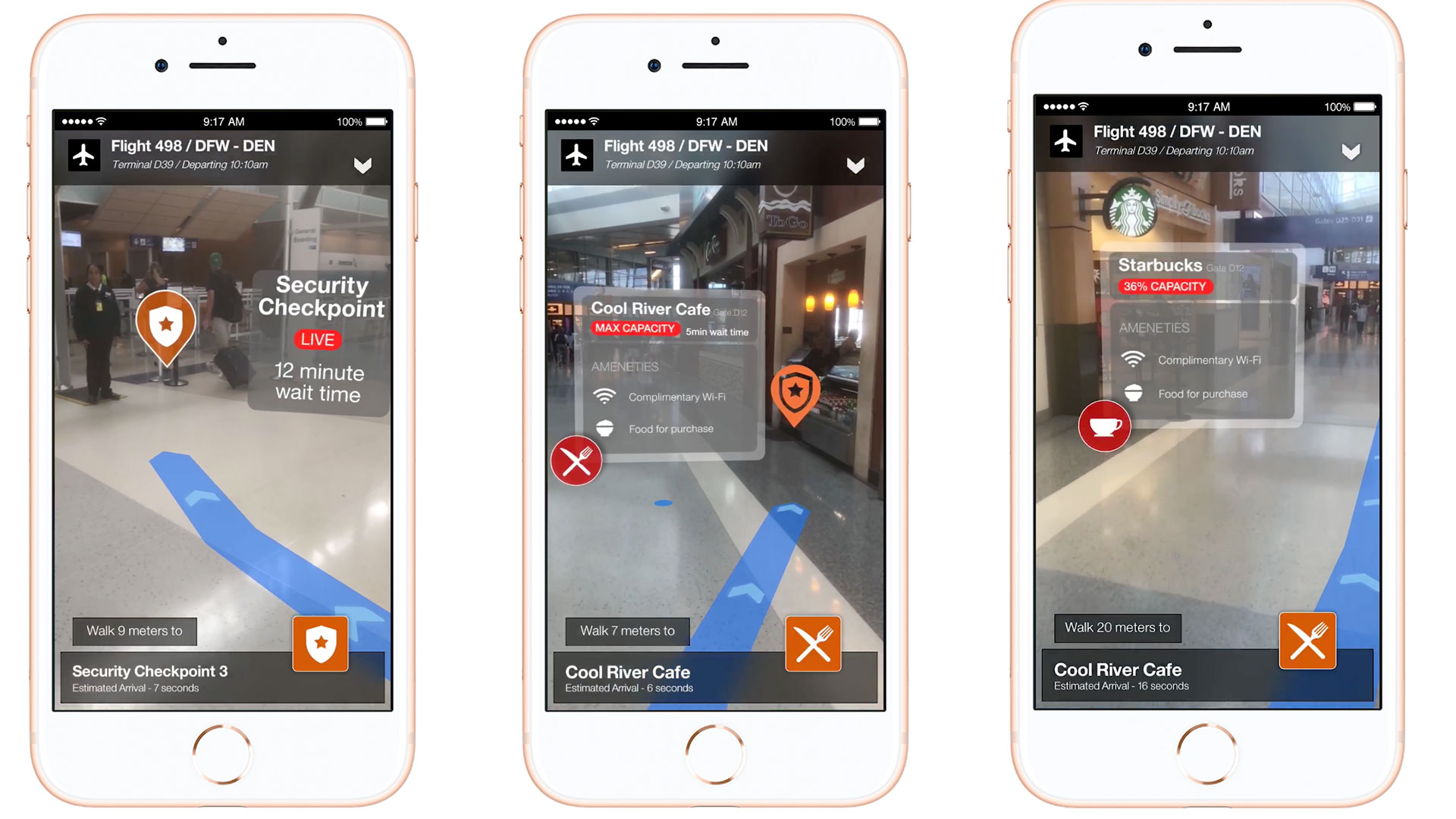 Walking through the technology implementation. Below we show how the App transitions from the traditional 2D map view in the AA App. The existing mapping technology is provided by Locus Labs. 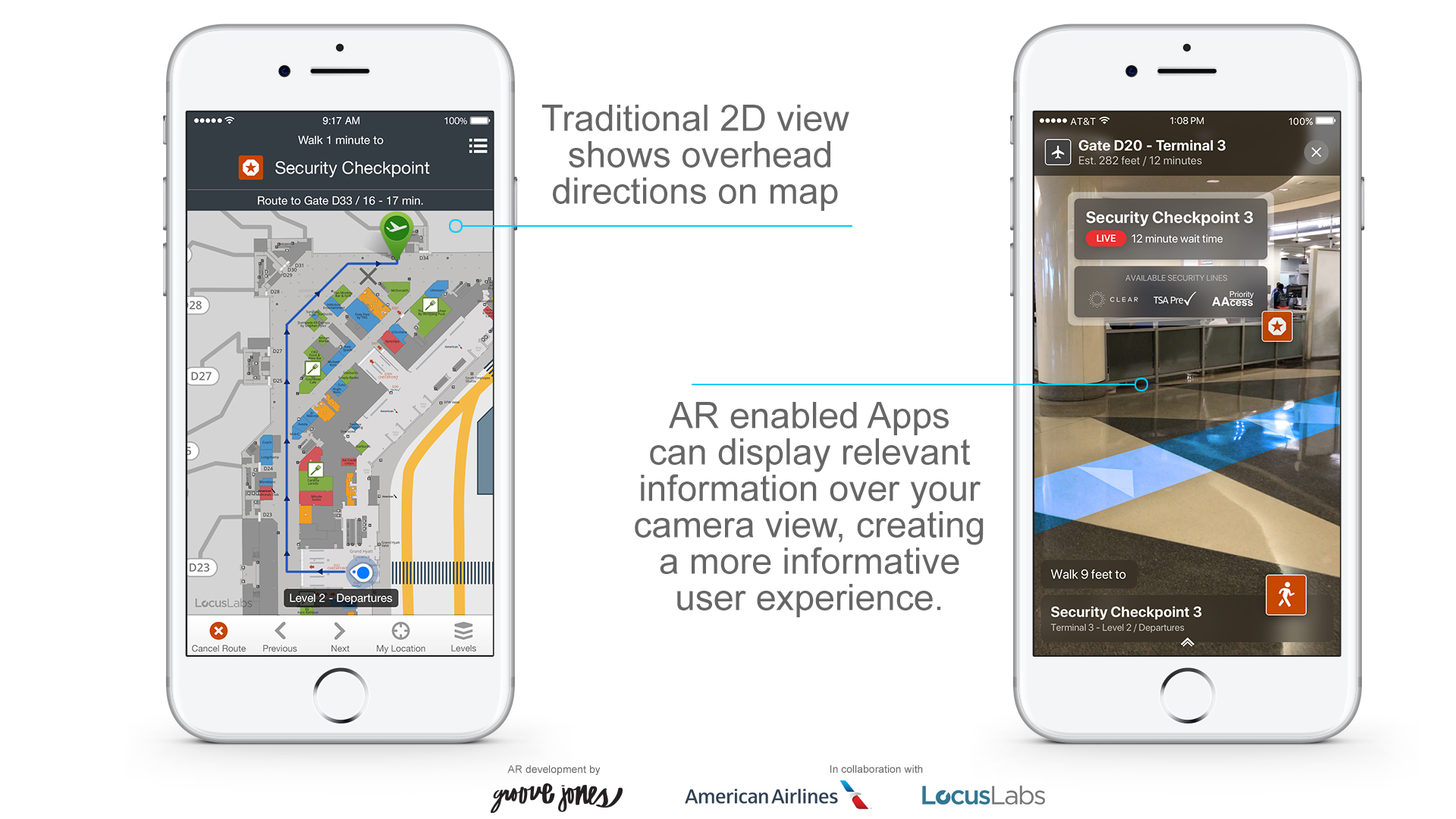 Location-based data can be provided to App based on what is available. The AA App can deliver this data and by using AR, we can display it on screen over your camera view. IOT sensors provide other data like wait times or capacity. 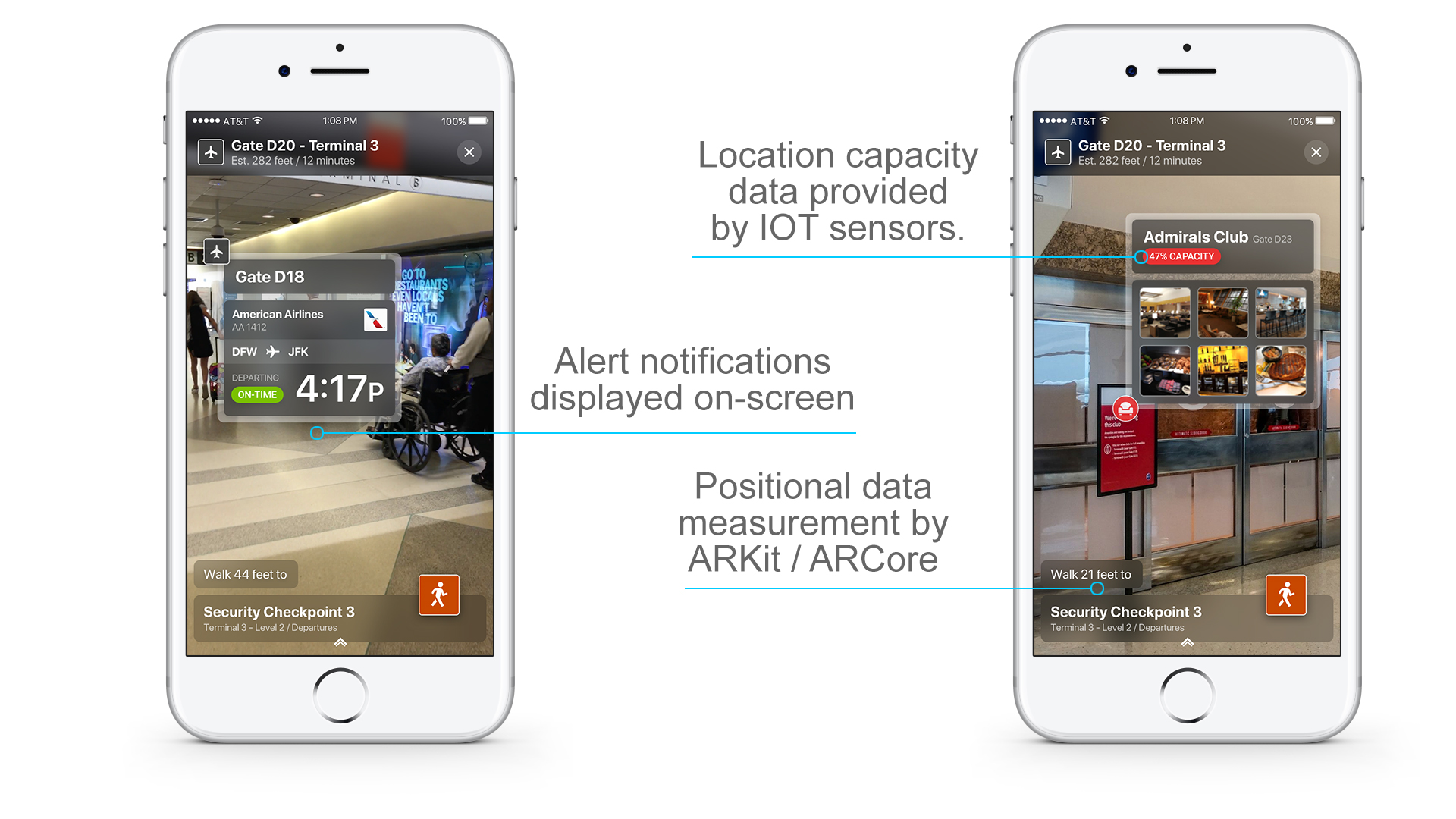 Beta testing involved field testing onsite which we had to do at DFW airport. Below is a video we captured while we were actually traveling.

This experience was shot on location at DFW Airport.

A little bit about AR.

On June 5th 2017, Craig Federighi, head of Software @ Apple announce “When you bring the software together with these devices, we have hundreds of millions of iPhones and iPads that are going to be capable of AR (Augmented Reality). That’s going to make overnight the AR kit the largest AR platform in the world.”

Not to be outdone, on August 29th Google announced their SDK — ARCore, bringing a similar platform to Android devices later in the year. Our studio began working with these new technologies early in the beta program, testing the capabilities of the potential of going to market with some applications.

That is roughly one device for every nine people on Earth today and nearly half of the current smartphone market. Analysts predict that Apple is currently ahead of the game with over 500,000,000 AR-enabled iPhones. Android users will launch with about 100,000,000 devices. Combined this is a vast audience.

We appreciate all groups that were involved in this production. For more information or a demo, please visit www.groovejones.com or email info@groovejones.com.