The Nevada Division of Tourism (TravelNevada.com) kicked off a mobile tour in California cities as part of its first-ever “Don’t Fence Me In” 360-degree video and experiential disruptive installation tour. The live-action video production took a crew of 20 people, traveling 750 miles across the state of Nevada over a 7 day period. Groove Jones managed and directed the video production as well as the mobile App production. 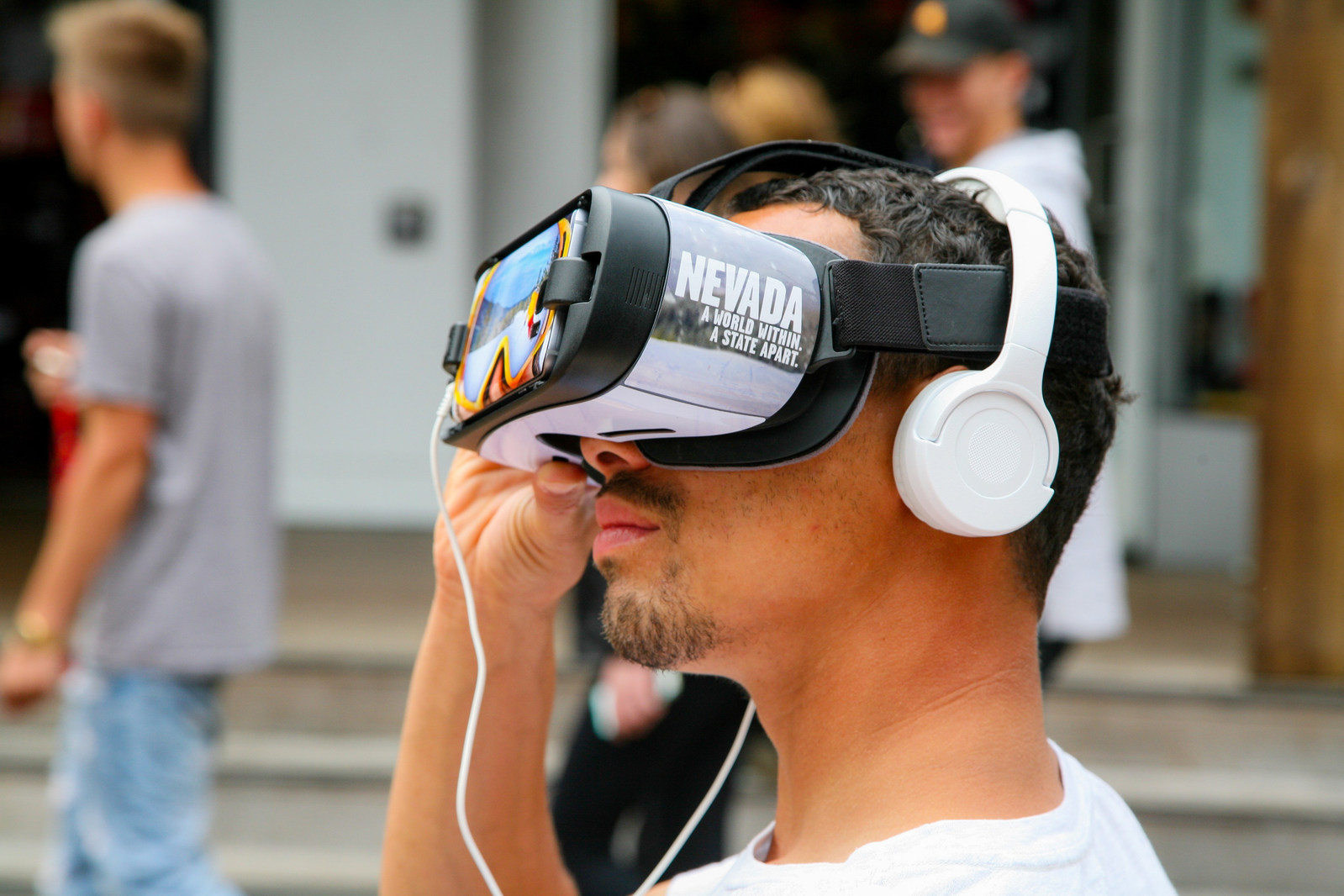 The theme of  Nevada’s “Don’t Fence Me In” attitude gave people in San Francisco, Los Angeles, and San Diego areas the opportunity to experience a 360-degree virtual road trip throughout Nevada. The experience follows a group of young adventurers as they climb, kayak and drive across, around and through the state’s epic landscapes. Groove Jones worked with the agency Fahlgren Mortine on the commercial video production and Evolve Concepts on the mobile tour.

“California is one of Nevada’s main drive and fly markets, so we want to bring residents an unmatched Nevada experience, knowing the virtual scenery will be a complete contrast to their current physical surroundings,” Claudia Vecchio, director of the Nevada Department of Tourism and Cultural Affairs, said. “We want to unleash people’s adventure mindset by transporting them from a bustling city with crowds of people to wide-open spaces and the most breathtaking landscapes in the country.”

Visitors to each installation saddle up to a saloon-style set put on a Nevada character-themed VR headset, and are instantly transported from their crowded metropolitan setting into awe-inspiring, wide-open locations such as Lake Mead, Valley of Fire State Park, Hoover Dam, Sand Mountain, Virginia City, and Lake Tahoe.

Fun Fact: The ad agency found that Baby Boomers interact with travel content the most out of any generational group at a total rate of 20.37%.

Notably more than the runner-up – Gen X’ers who interacted at an average rate of 16.07%.