Comic-con San Diego is the largest convention of its kind in the world with nearly 400,000 people in attendance. FX Networks’ goal with its “American Horror Story” activation at San Diego Comic-Con was to scare and excite the series’ fans without revealing spoilers of the upcoming season. What materialized was a mysterious, sneak peek of what was to come, fueled by an augmented reality-enabled tour of the “American Horror Story Eccentricities Collection.”

The collection, containing a series of artifacts inspired from the folklore of the show, was experienced through the guidance of actors playing docents—as if presenting a true museum exhibit to interested spectators—and augmented reality technology experienced through iPads. 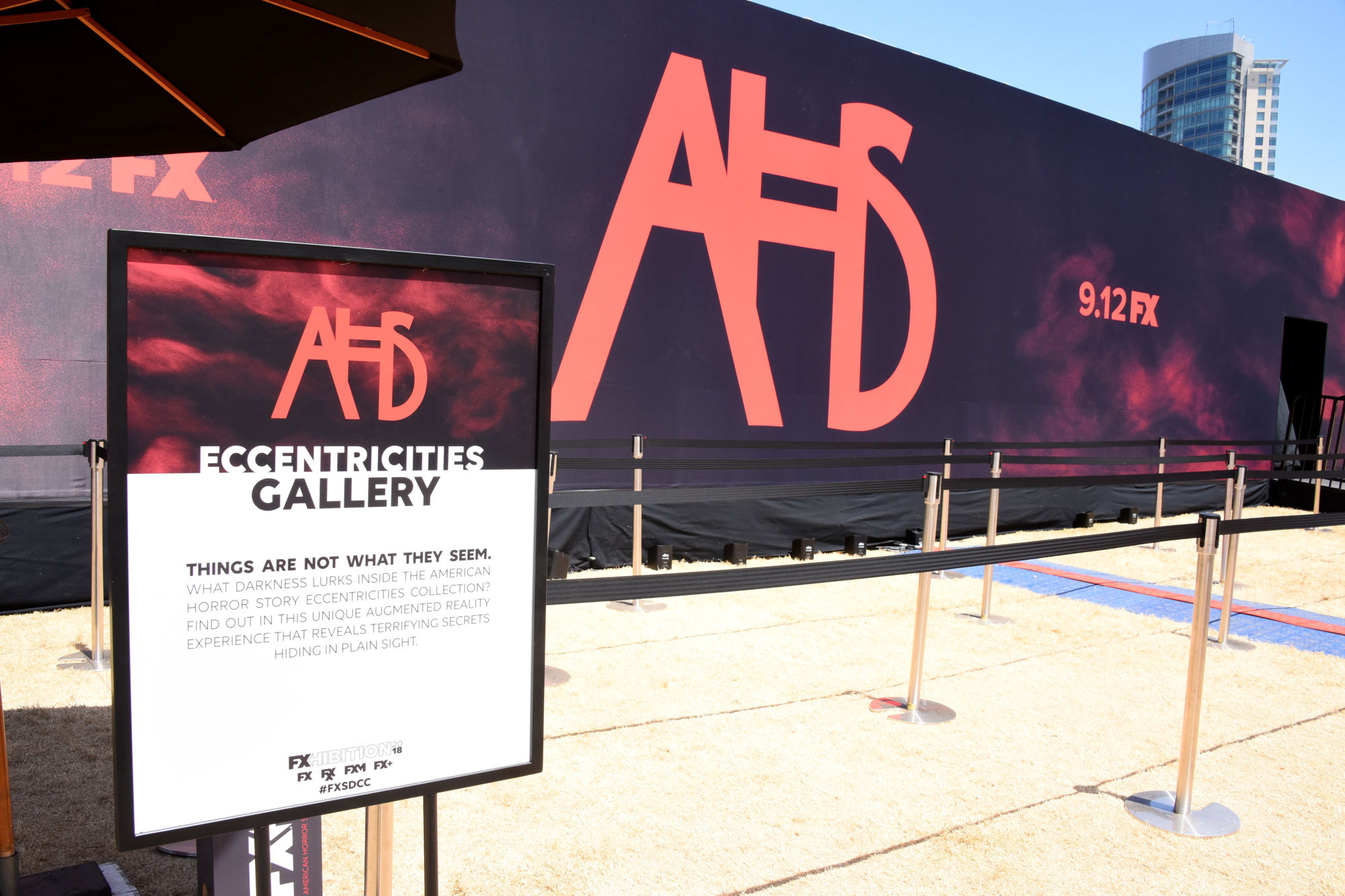 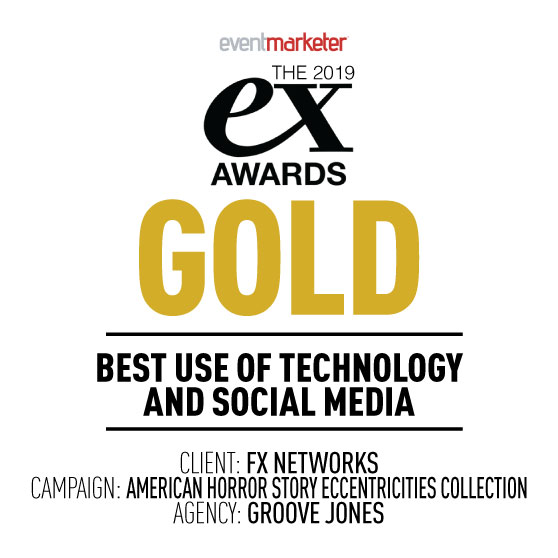 The American Horror Story Eccentricities Gallery is a collection of art and oddities inspired by AHS lore. The experience is aided by Augmented Reality (AR) technology, which reveals clues to the series’ upcoming installment.

Step Inside the Eccentricities Collection

Every participant that entered the experience received an iPad and put on a pair of headphones to help guide them through the gallery. The iPad became their window into another realm, allowing them to see what is really waiting at each exhibit.

Guests were told that they were receiving a first-time view of a strange and unusual collection of objects possessed by unseen forces. As docents guided attendees through the 10-minute experience, eerie secrets behind the installations were revealed. Particularly terrifying was the Judge of Ipswich, a part goat, part man, who came to life with a heaving chest and eyes that continued to follow guests as they moved through the room. Other artifacts included a gilded cage, a chandelier and a statue of a bust. 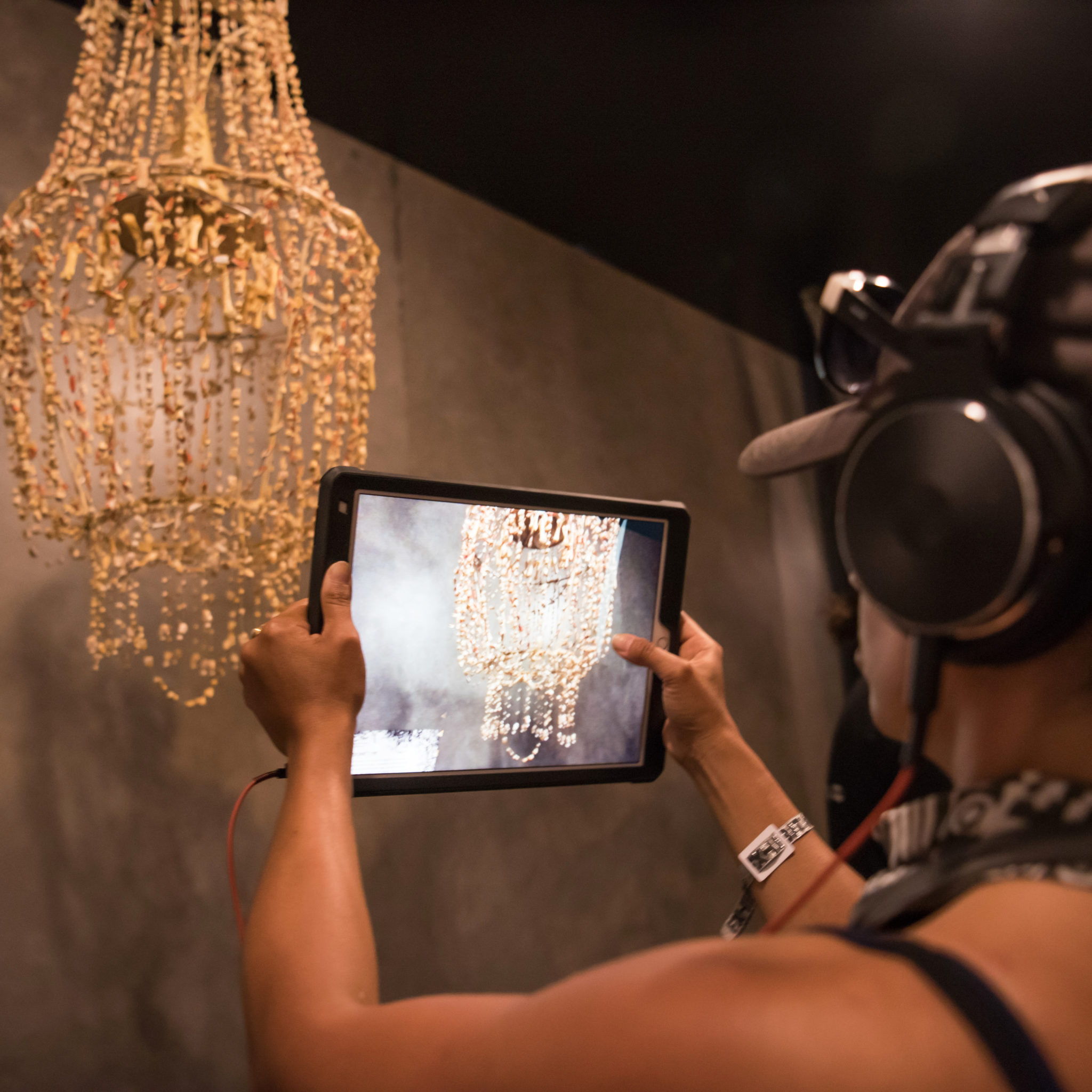 Below are images of the physical object installations as well as the enhanced digital AR moment when the objects came to life. 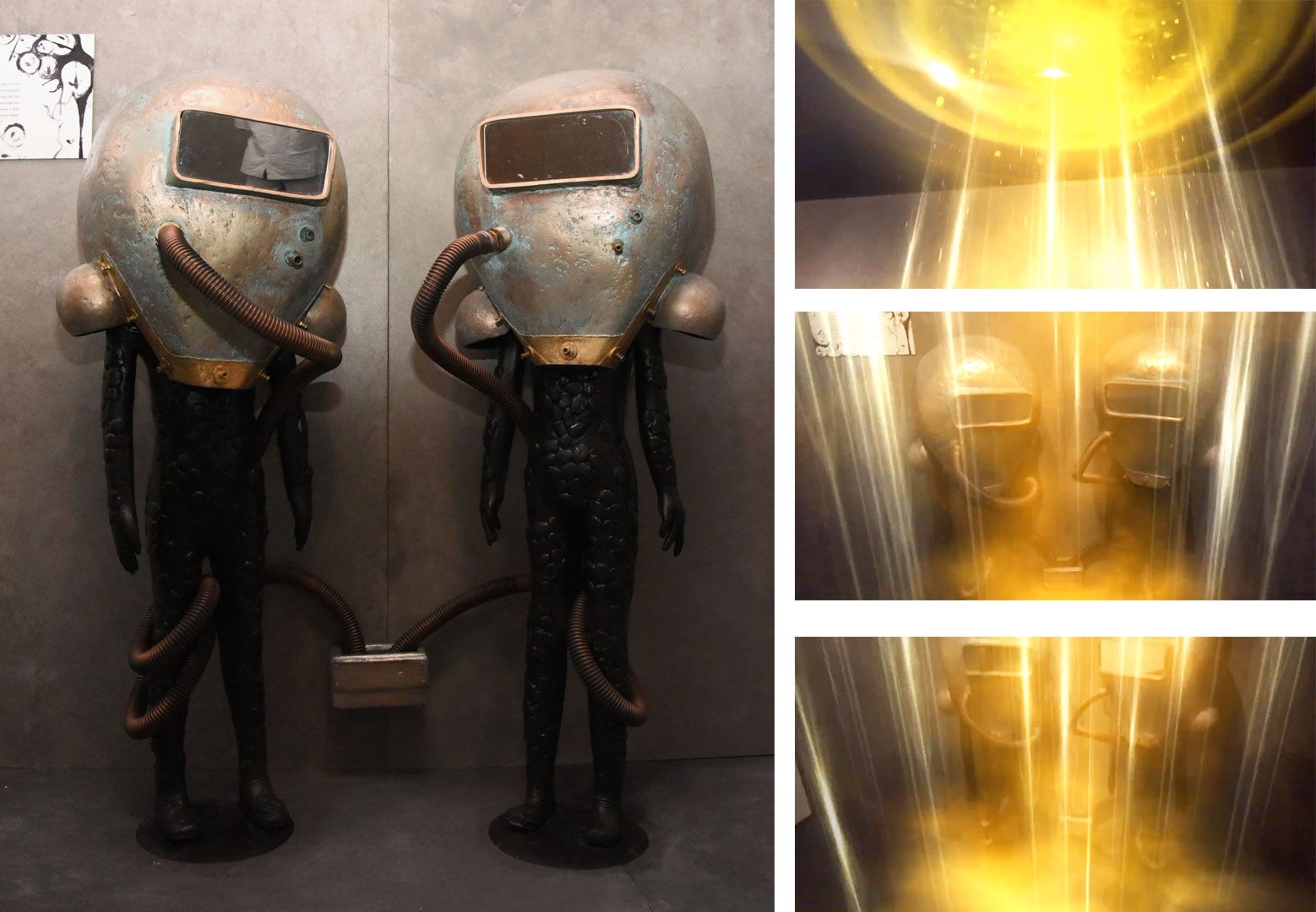 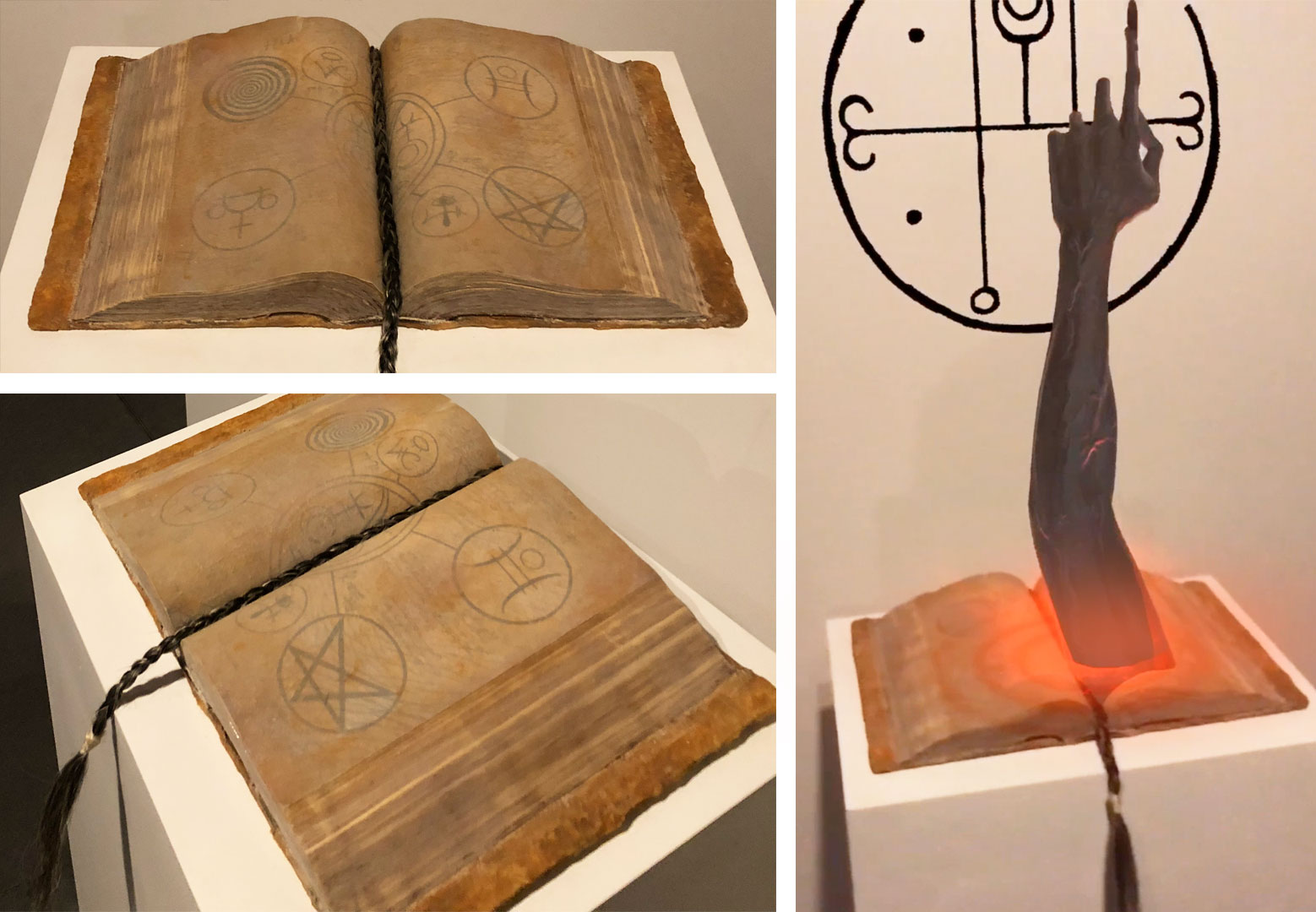 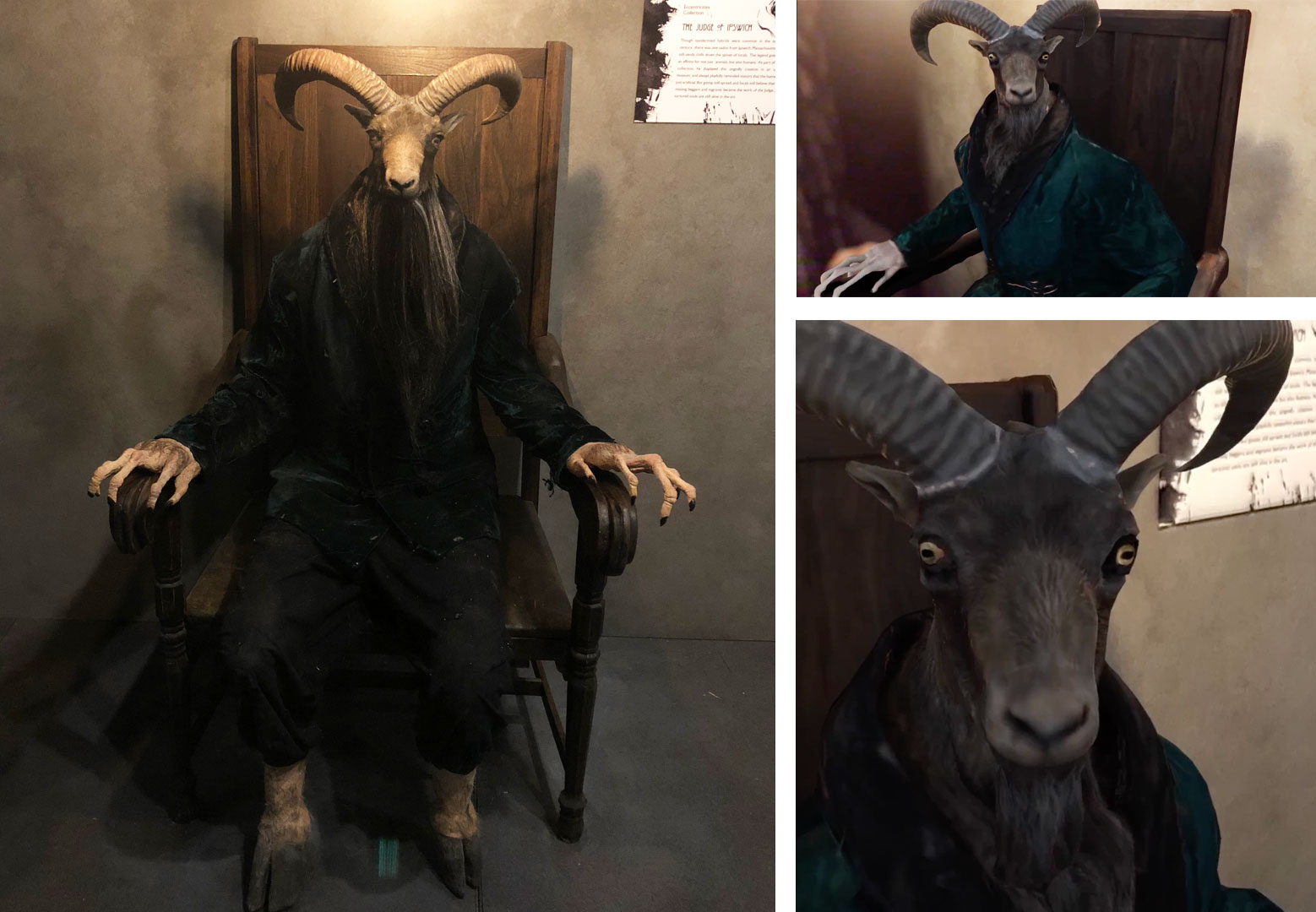 Installation Titled – The Judge of Ipswich 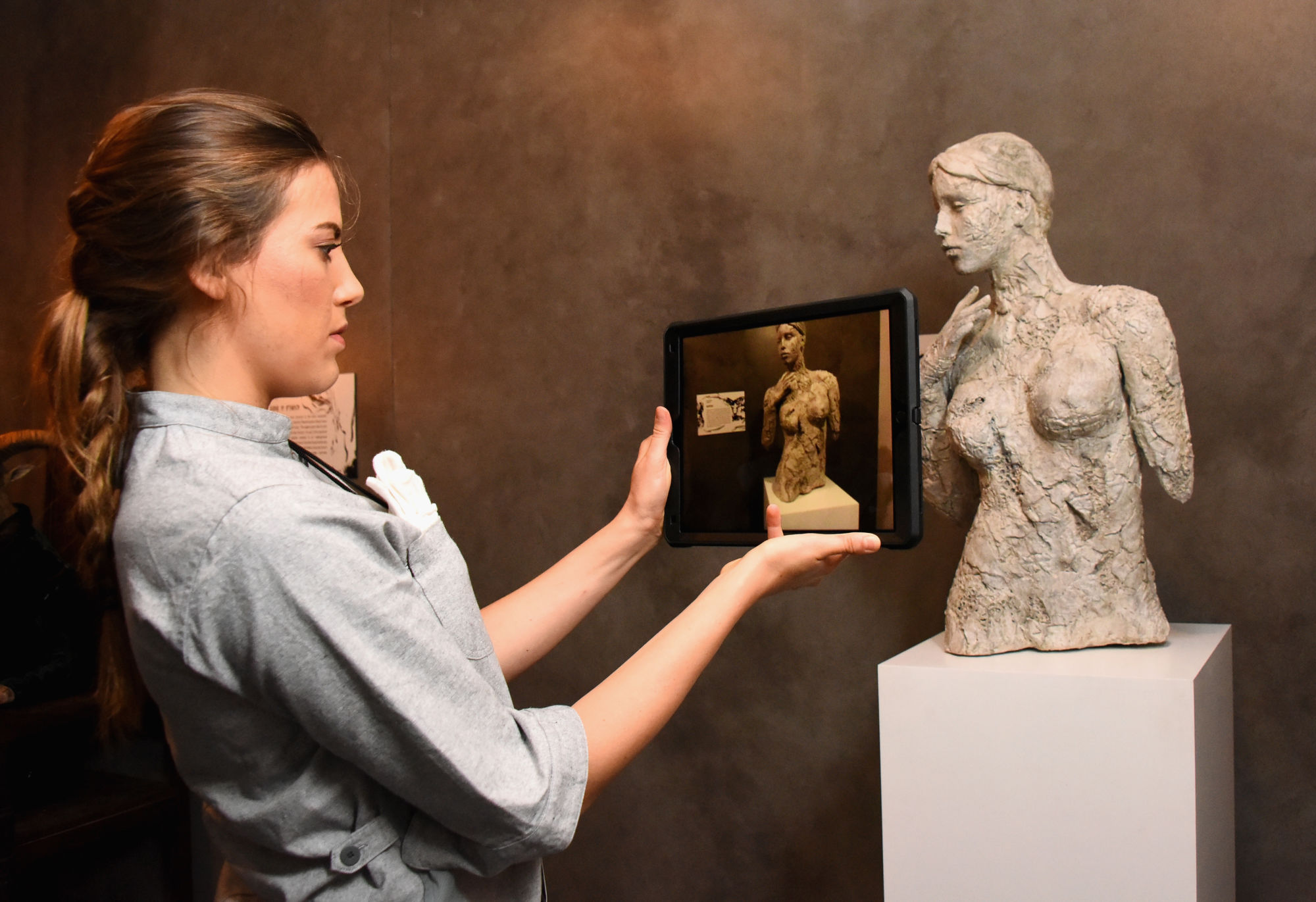 Above you see one of the “Docents” holding an iPad tablet that would reveal and AR treatment of each of the physical pieces in the exhibit. 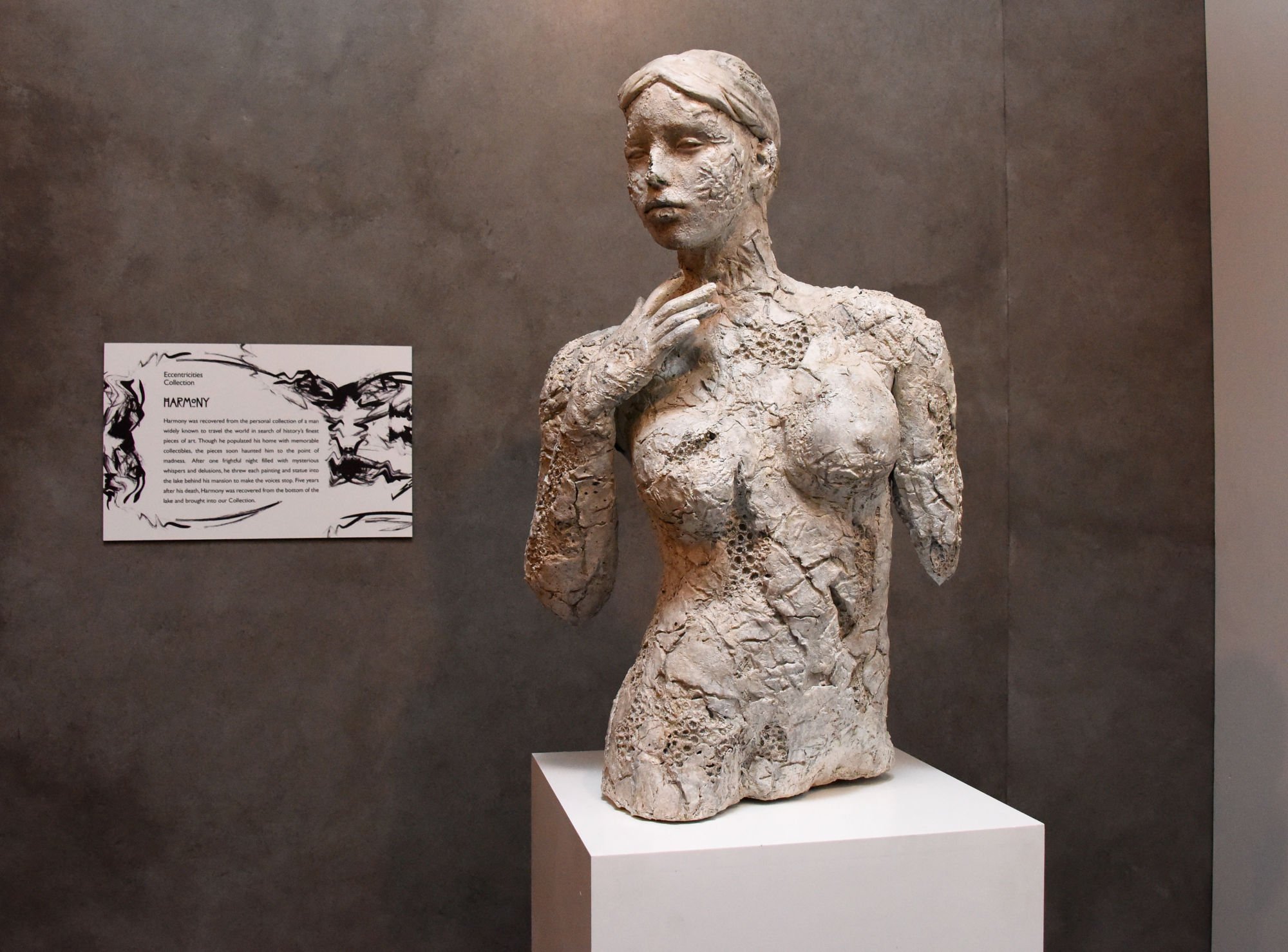 Groove Jones designed and fabricated all of the physical exhibit objects in the exhibit and created the digital AR experience.

Spatial Audio is a core part of the experience. From the moment you walk through the first doorway, visitors were immersed in sound that surrounds and envelops them creating an isolating atmospheric world. Custom SFX were triggered based on the position of the viewer.

Sound design was another important part of the experience. The AR animations were married with a soundscape heard through a pair of headphones and timed to maximize the scare factor. At the close of the experience, fans swiped their wristbands to receive a photo of them within the activation. Only this particular photo had an AHS filter applied to it that distorted attendees’ faces with burn marks. The horror!

At the end of the experience, we created a photo AR filter that every visitor had the chance to create a takeaway photo that they could then be shared on their social channels. 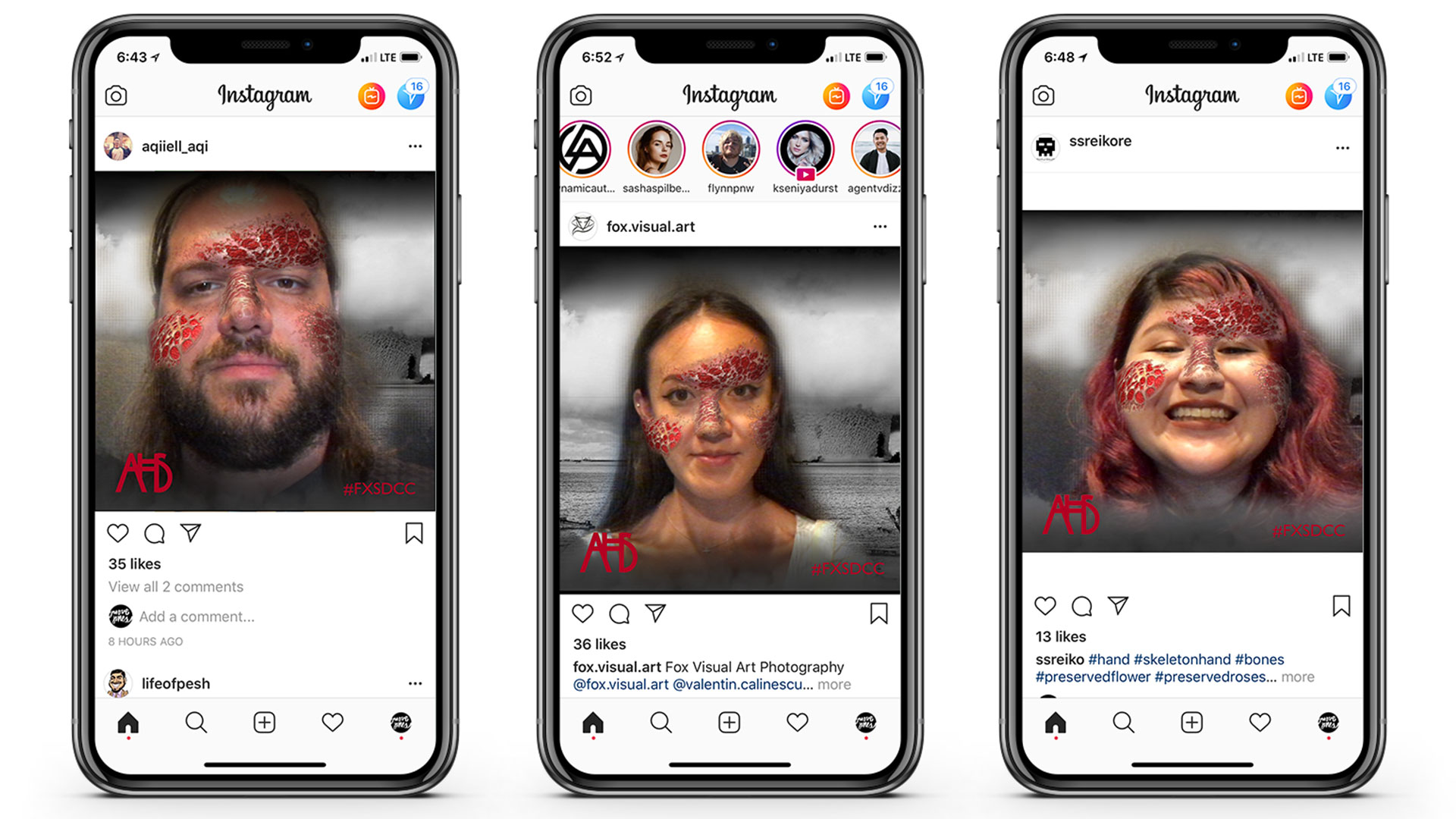 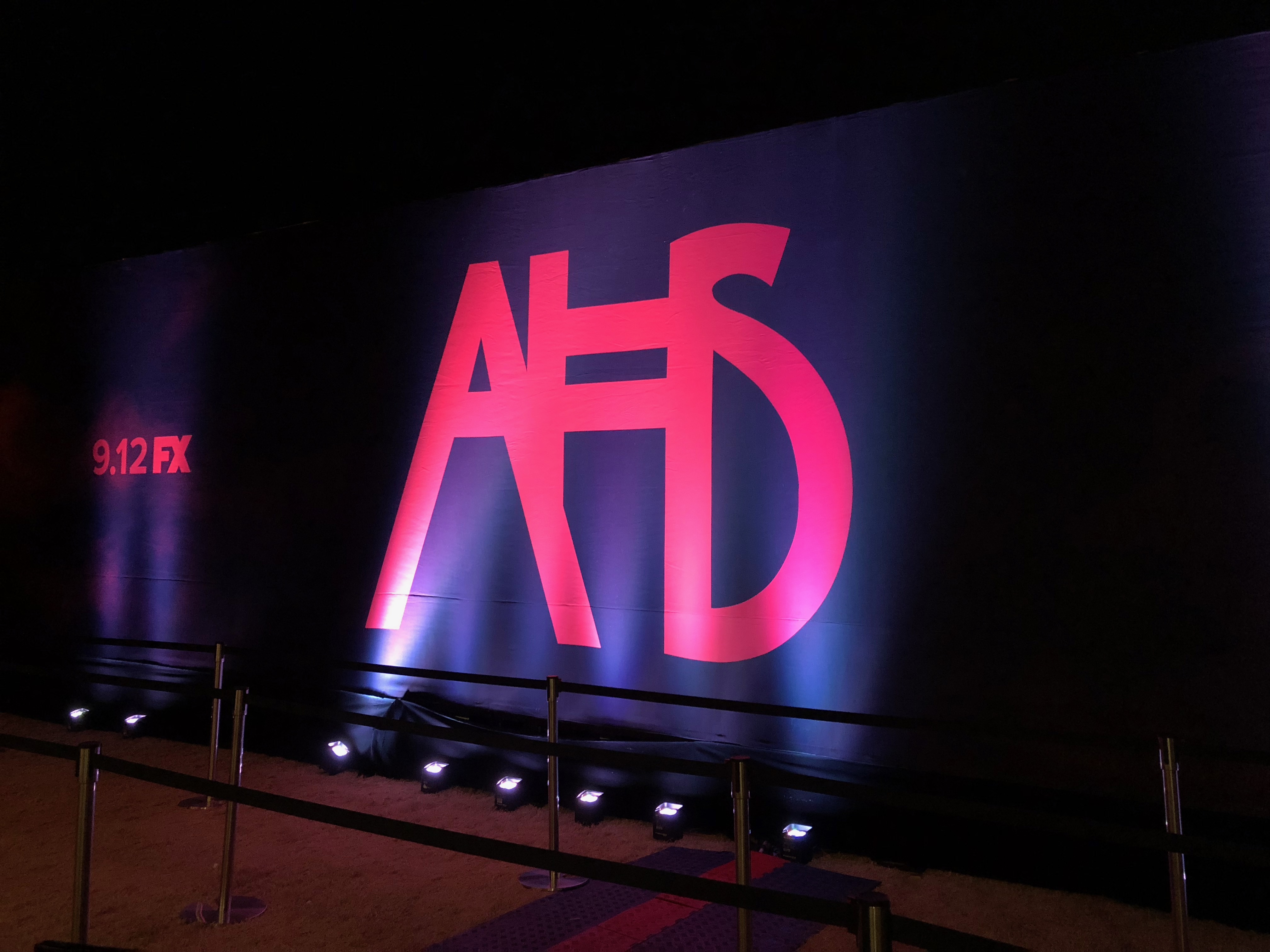 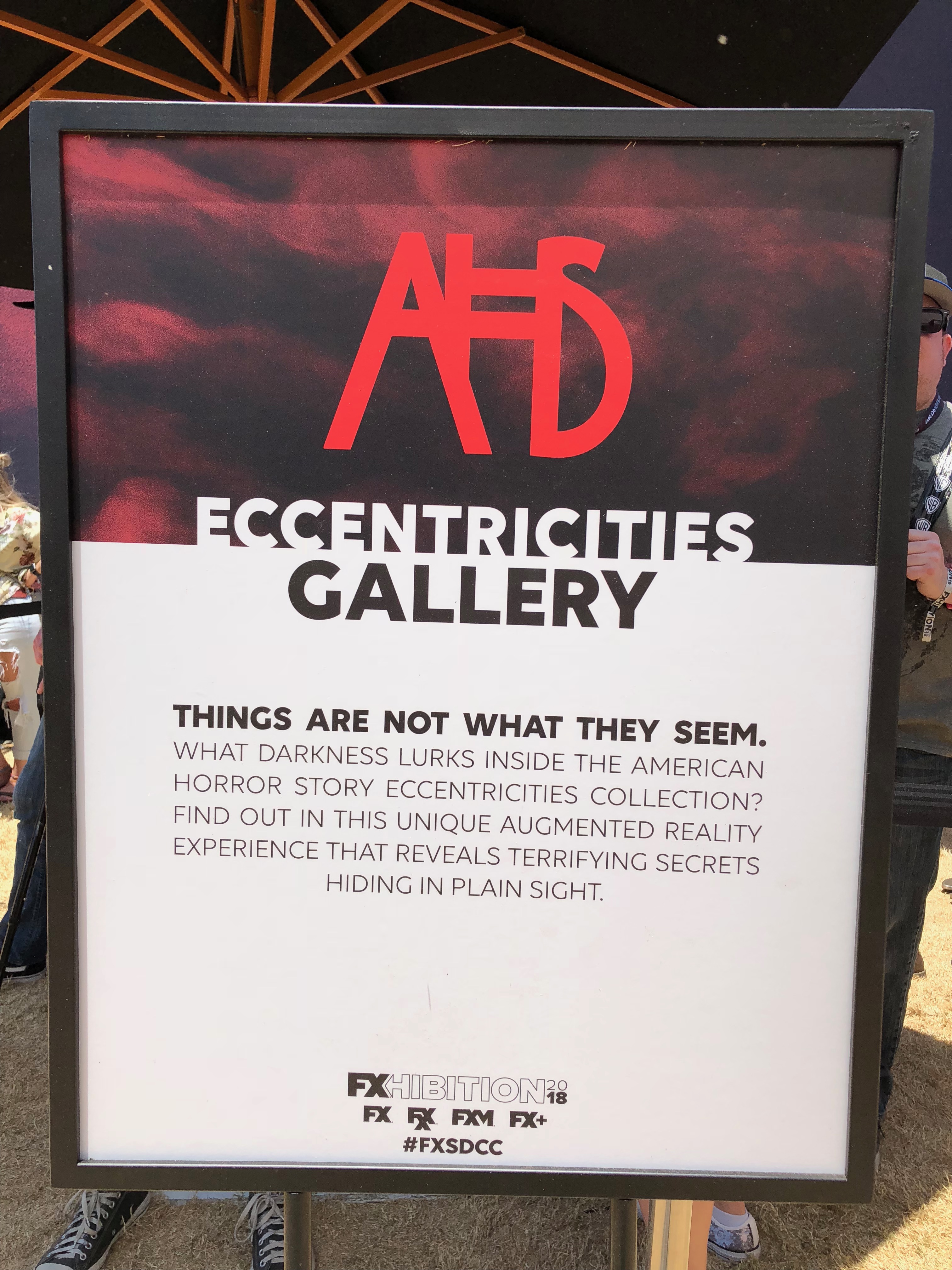 The experience won the GOLD at this year’s EMS Awards – https://www.eventmarketer.com/ex-awards-winners-19/?q=winner-176. All told, the activation garnered 695 social posts, amounting to a reach of 783,000 and 956,000 impressions.