Flavor Fans are the Stars in Our Latest Ad 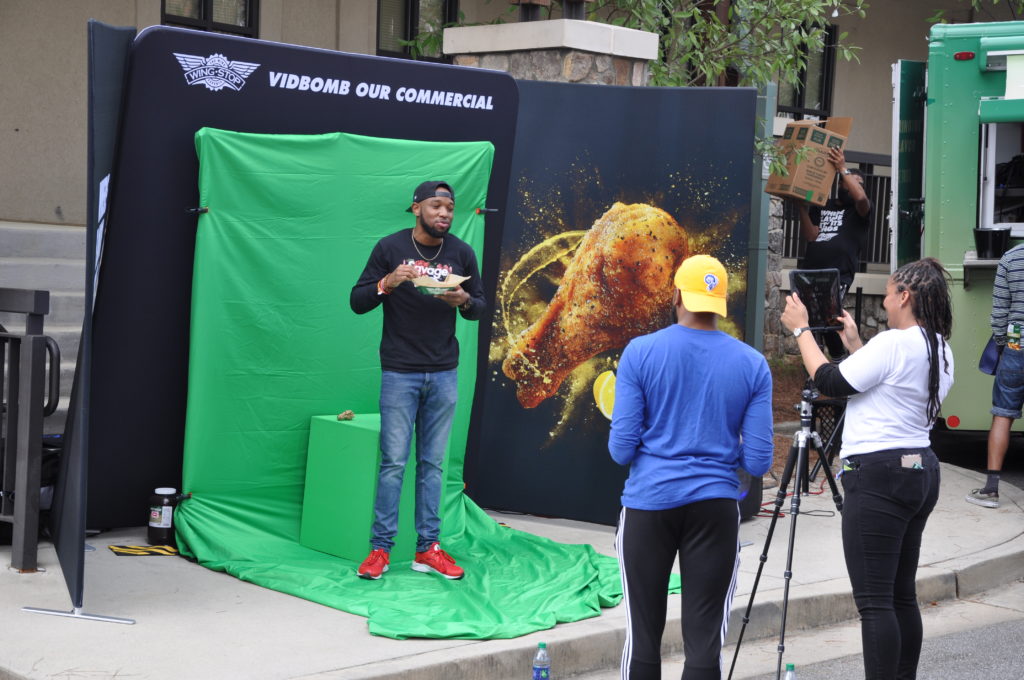 Nothing is more fun than photobombing your bestie’s selfie – at least, until now. With custom VR, you can now (video) bomb your favorite brand’s (wink, wink) commercial. If you’ve seen it, you know what happens when Louie or Lisa take a bite of our flavor. We wanted to bring that experience to life for our fans, so we took the concept on the road with our “Flavor World” tour, a countrywide Wing Truck expedition to 11 cities. 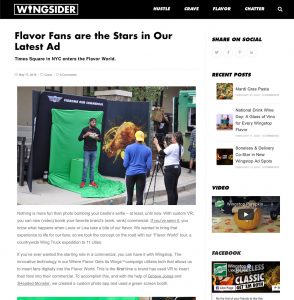 If you’ve ever wanted the starring role in a commercial, you can have it with Wingstop. The innovative technology in our Where Flavor Gets Its WingsTM campaign utilizes tech that allows us to insert fans digitally into the Flavor World. This is the first time a brand has used AR to insert their fans into their commercial. To accomplish this, and with the help of Groove Jones and 3Headed Monster, we created a custom photo app and used a green screen booth.

The process was seamless. As the fan stepped into the booth, the operator-led them through three scenarios: They took a whiff of our flavor, took a bite into a wing, and then “fell” through to the Flavor World, wings raining all around. Within seconds of entering real-time rendering, the footage transformed into a 15-second ad sent straight to the user’s email. The almost instantaneous end product was completely customized for each participant, with their unique poses and name appearing on our Wingstop bag. The effect was often hilarious. Who wouldn’t laugh after seeing themselves tumbling through the Flavor World in silly poses surrounded by mouthwatering wings?

See below for a compilation of the best reactions and renderings of the VidBomb. Additionally, this video also played as an ad in Times Square in NYC until May 19. Check it out and let us know what you think in the comments below!