With 2400 member companies Virtual Reality Marketing is the World’s biggest business directory of VR, AR, and 360 video studios. We keep a close eye on all things XR and help connect brands with the right studio for their marketing and corporate training projects.

Last week we showed you our favorite examples of great VR marketing over the past year. This week it’s all about AR. We hope you enjoy it! 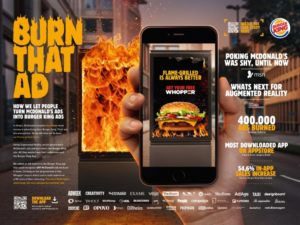 With a past history of using competitors to develop marketing actions on, VZLab created Burn that Ad: an app-based augmented reality campaign that uses the ads of Burger King’s biggest competitor as a trigger, and offered a free Whopper to each user that partook in the campaign. In addition to being a major hit worldwide, the campaign earned VZLab the Grand Prix of WAVE Festival 2019 in the mobile category, nine Cannes Lions, and three Clio Awards. 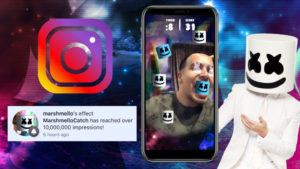 On October 2nd, Marshmello joined Kane to perform their hit song “One Thing Right” on The Ellen Show. During the show, Marshmello pushed a video and a link to the game on his Instagram and Twitter feed. It was inevitable that it would become a hit! Within the first 24 hours, the game was viewed nearly 1 million times. After the first 48 hours, the game played 1 million times and received over 2.2 million story impressions. 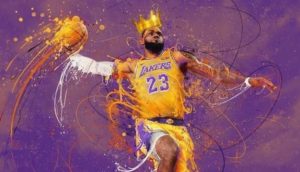 Fishermen Labs was approached by Nike to create a one of a kind AR experience to welcome LeBron James to Los Angeles. The Client asked to create a unique moment for shoppers at the Foot Locker House of Hoops in Hollywood by bringing LeBron to life through the use of a Snapchat Marker Tracking Lens. 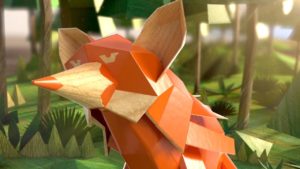 Applying the principle of social responsibility towards business partners and the community, and prioritizing the continuous search for ecological processes and materials that contribute to the conservation of the planet, Faber-Castell put out a line of eco-friendly pencils made of 100% reforested wood. To advertise the product, the company launched an app called “Endless Forest,” created by David agency and developed by VZ Lab. 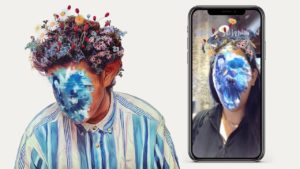 Imagine walking into a new restaurant, viewing the menu, and having any questions about the food items answered at the push of a button. With 3D Food And Drink, restaurants, hotels, caterers, and other hospitality professionals can provide their customers with interactive 3D AR experiences that elevate the dining experience while increasing their bottom line. 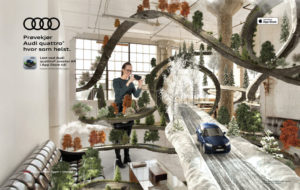 Audi Norway has released the Audi quattro coaster AR app, making it possible for anyone to have an Audi quattro model in their driveway at any time. The app provides an interactive experience triggered by its latest television commercial. 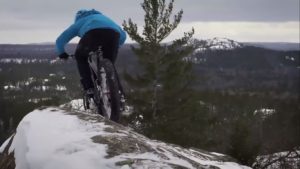 Trek is a cycling company that thrives on innovation and precise technical performance. Seeking a way to further its branding by streamlining the bike purchasing experience and abbreviate an often lengthy and costly bike fit process, the professional sporting powerhouse reached out to NEXT/NOW to create a one-of-its-kind Augmented Reality (AR) tool that would disrupt this process and reduce it to a comfortable, touch-and-go service that instantly connects buyers to their ideal bike match. 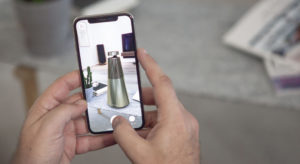 The Bang & Olufsen AR Experience app, available now on iOS devices, is a visually striking AR experience that seamlessly integrates the real and the virtual world by letting users place any Bang & Olufsen product in their own space, transforming their universe and letting them look into the future.