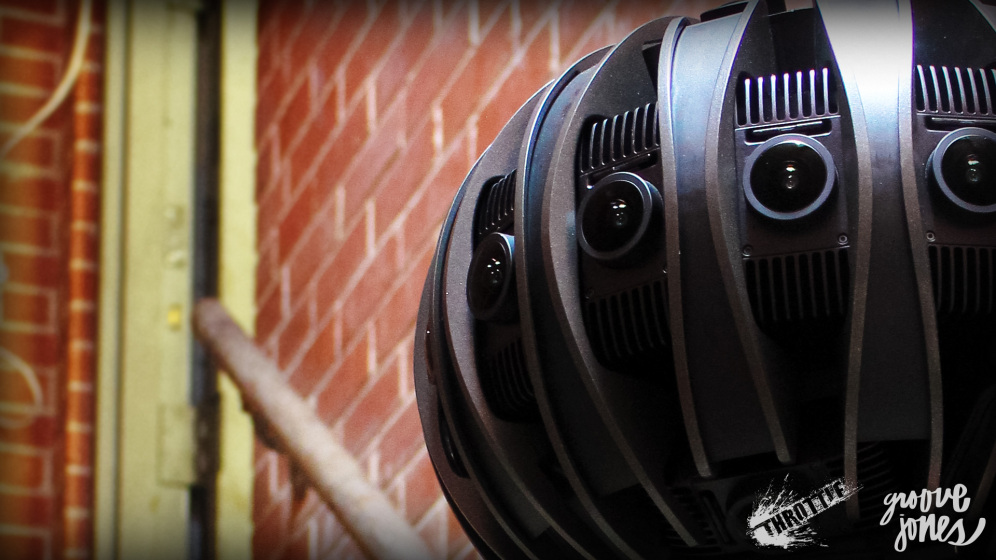 Groove Jones – the Dallas-based, virtual reality (VR) studio specializing in the production of 360º commercials and interactive software – along with DAYLIGHT’S END’s theatrical Director and Writer, announced the planned release of a VR Edition of the film in conjunction with the theatrical release of the movie when it hits theaters on August 26th. 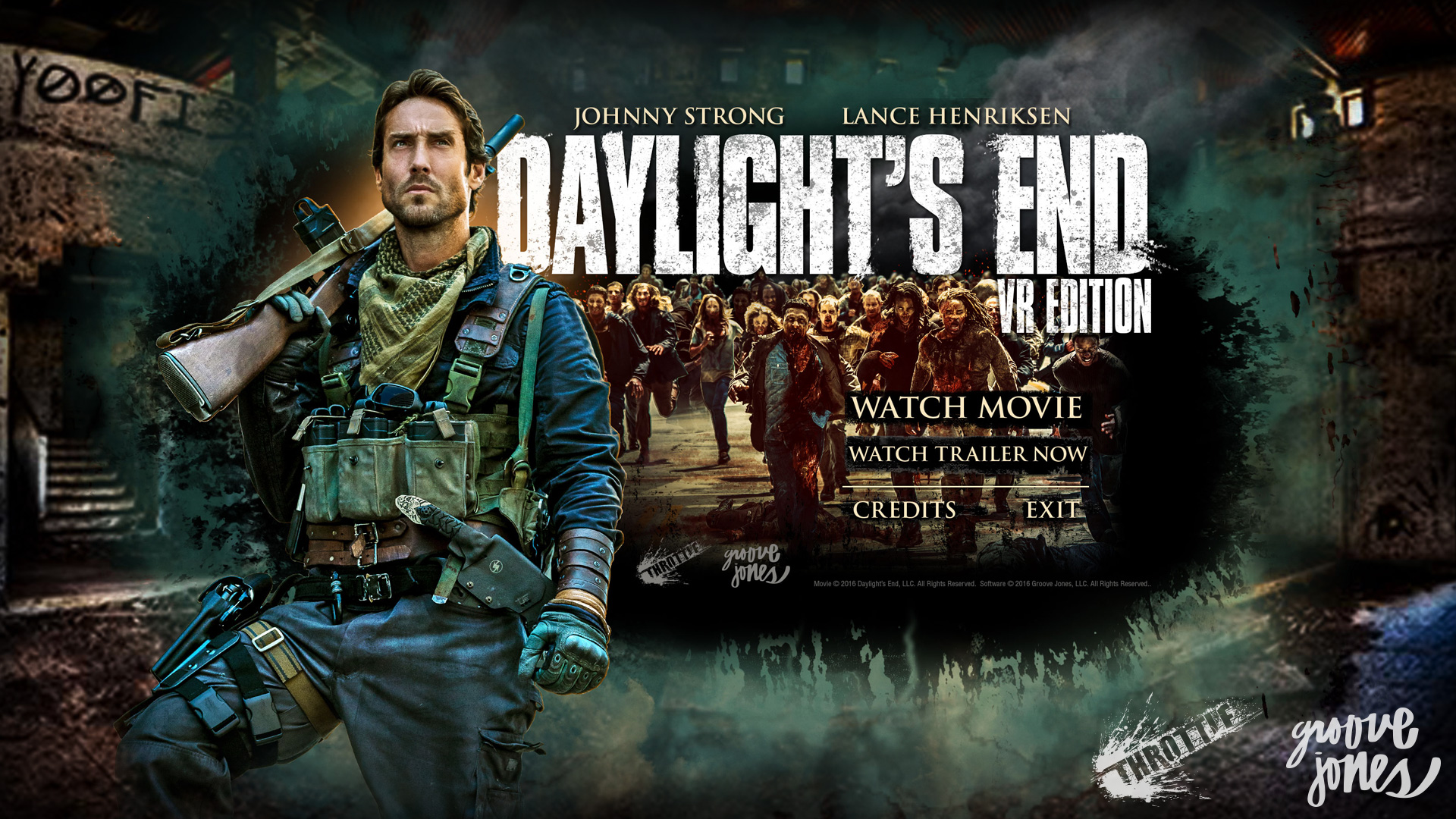 This is the first time a movie has been simultaneously released in theaters, as a digital download on iTunes, and as a VR experience. The movie will be available on all major VR platforms including the HTC Vive and Samsung Gear VR. The virtual reality chapter of the film was directed by Dale Carman, Partner & Executive Creative Director of Groove Jones. 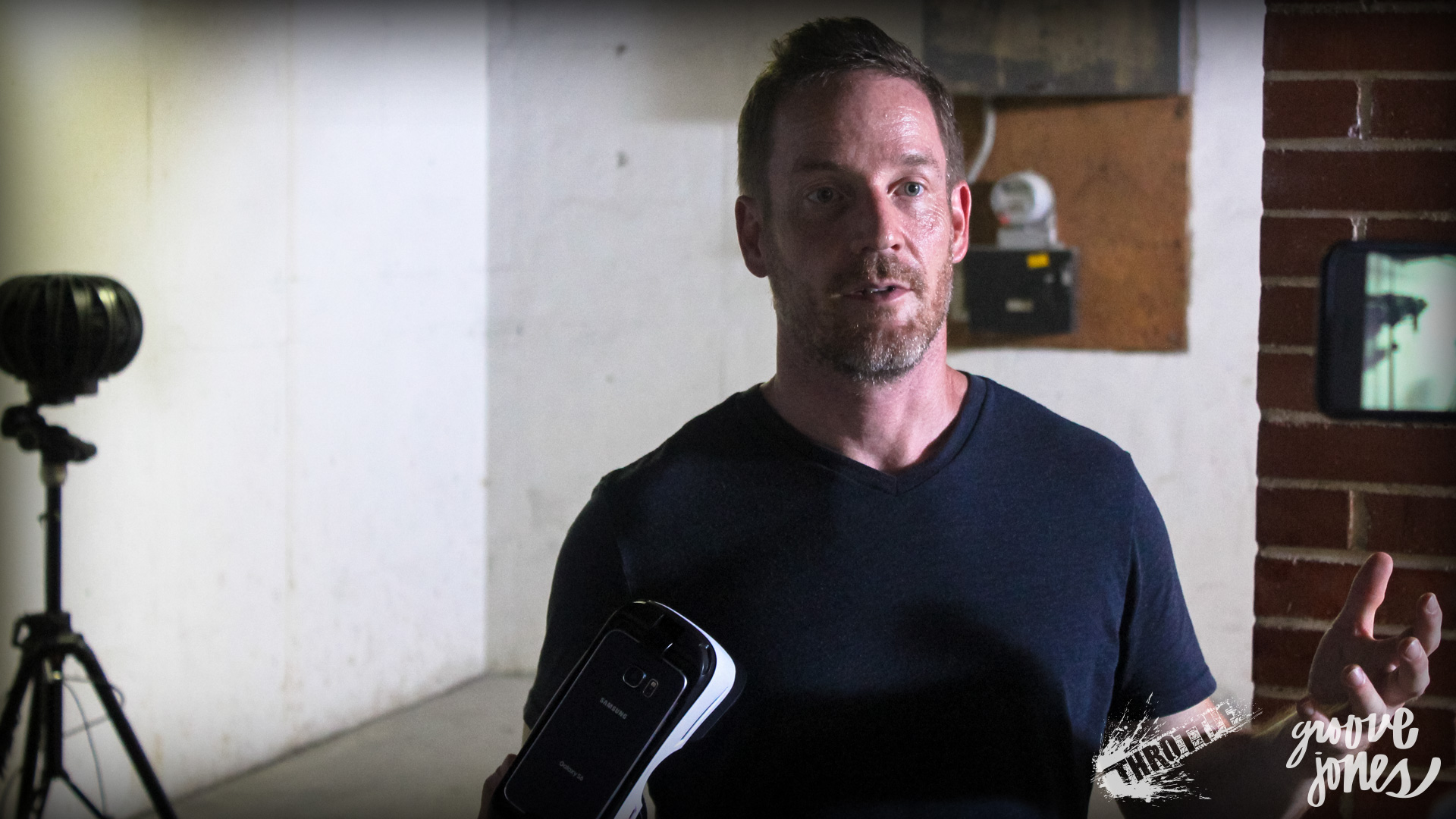 “We think VR is a powerful storytelling medium and we knew this movie had the right elements to show it off,” said Dale Carman. “It was an amazing shoot and we know that people will want to see what we created. Once movie audiences get the full VR experience we believe this will be the first of many for the industry. We think the timing is right to release a virtual reality movie.”

DAYLIGHT’S END was shot in Dallas and points ranging from East Texas to the west Texas town of Rio (pop. 3) along the famed Route 66, the film is a hard driving action-horror-thriller starring Johnny Strong (THE FAST AND THE FURIOUS, BLACK HAWK DOWN), Lance Henriksen (ALIEN, TERMINATOR) and Louis Mandaylor (MY BIG FAT GREEK WEDDING, SINNERS AND SAINTS). The movie focuses on a rogue drifter who’s on a vengeful hunt, years after a mysterious plague has devastated the planet and turned most of humanity into blood-hungry creatures. 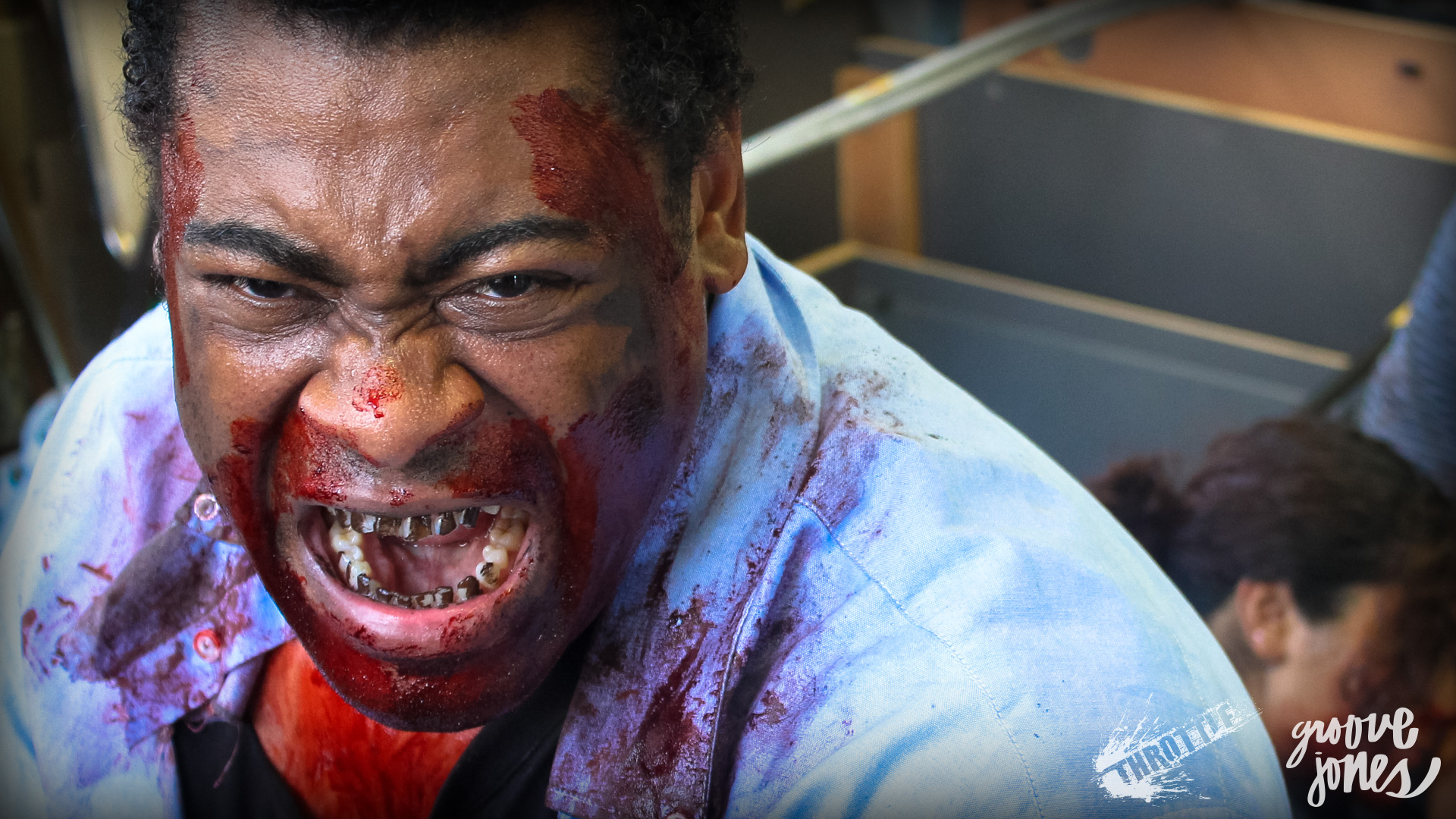 The cast and crew of the movie DAYLIGHT’S END, regrouped to shoot some special scenes recently in Dallas. These scenes will appear in the VR Edition of the film. Carman collaborated with both William Kaufman (THE PRODIGY, SINNERS AND SAINTS, and THE HIT LIST) the DAYLIGHT’S END’s theatrical Director and Chad Law (THE HIT LIST, ISOLATION, and 6 BULLETS) the Writer of the film on the post production of this edition.

“Seeing what Dale pulled off with this shoot in 360º turned out to be a great experience. He comes with a long resume of directing VR productions and really understands what will and will not work,” Kaufman said. “The look and feel and energy falls right in line with the film.” 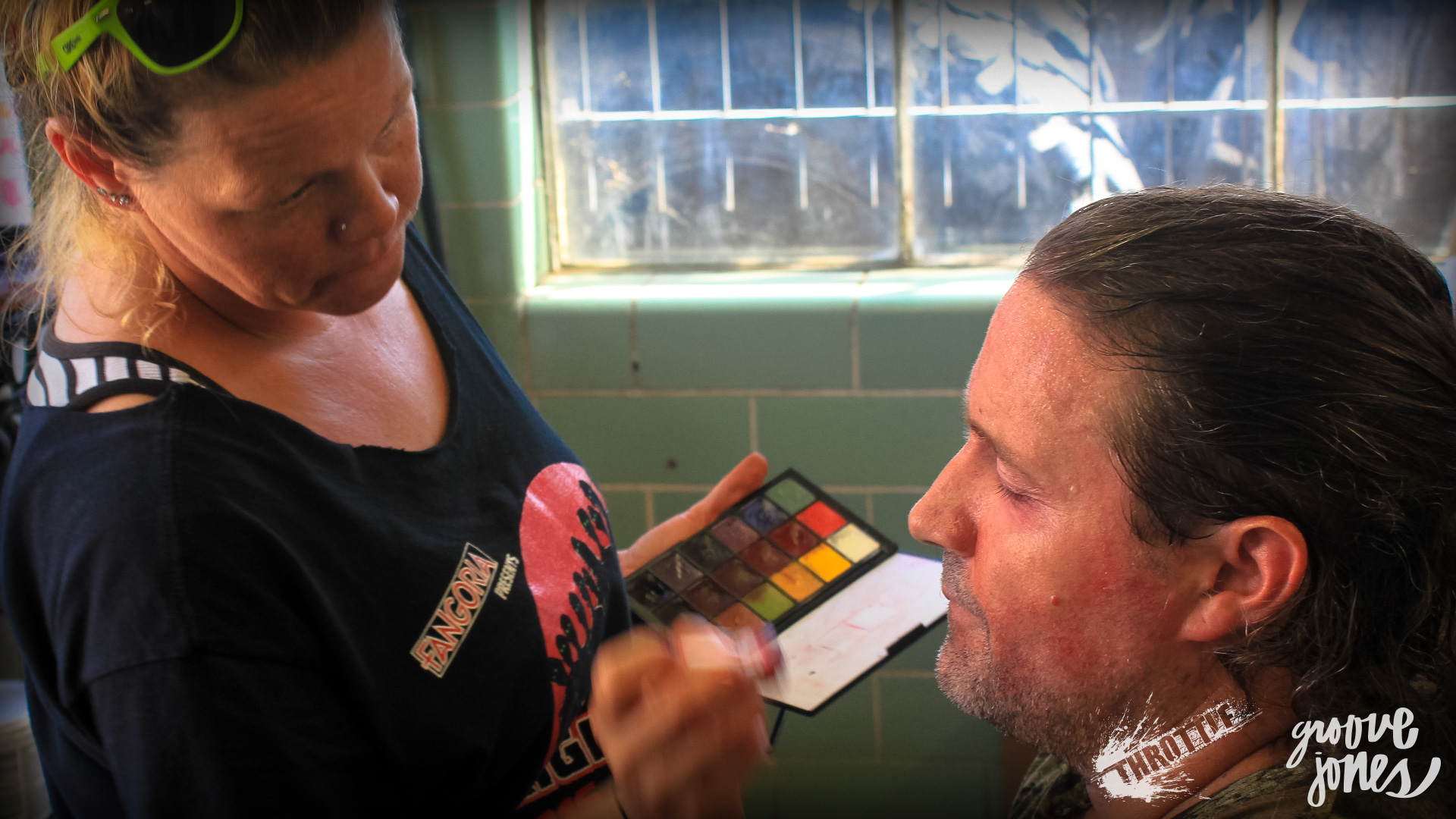 Chad Law wrote the story for the vignette, which movie fans will be able to recognize some friendly and unfriendly faces. The VR chapter is a prequel storyline that stars Johnny Strong, returning as “Thomas Rourke”, the dark and dangerous anti-hero in the feature film. Strong has appeared in BLACK HAWK DOWN, THE FAST AND THE FURIOUS, and GET CARTER. Strong was named “2012’s Breakout Action Star” of the year in William Kaufman’s “Sinners and Saints.” 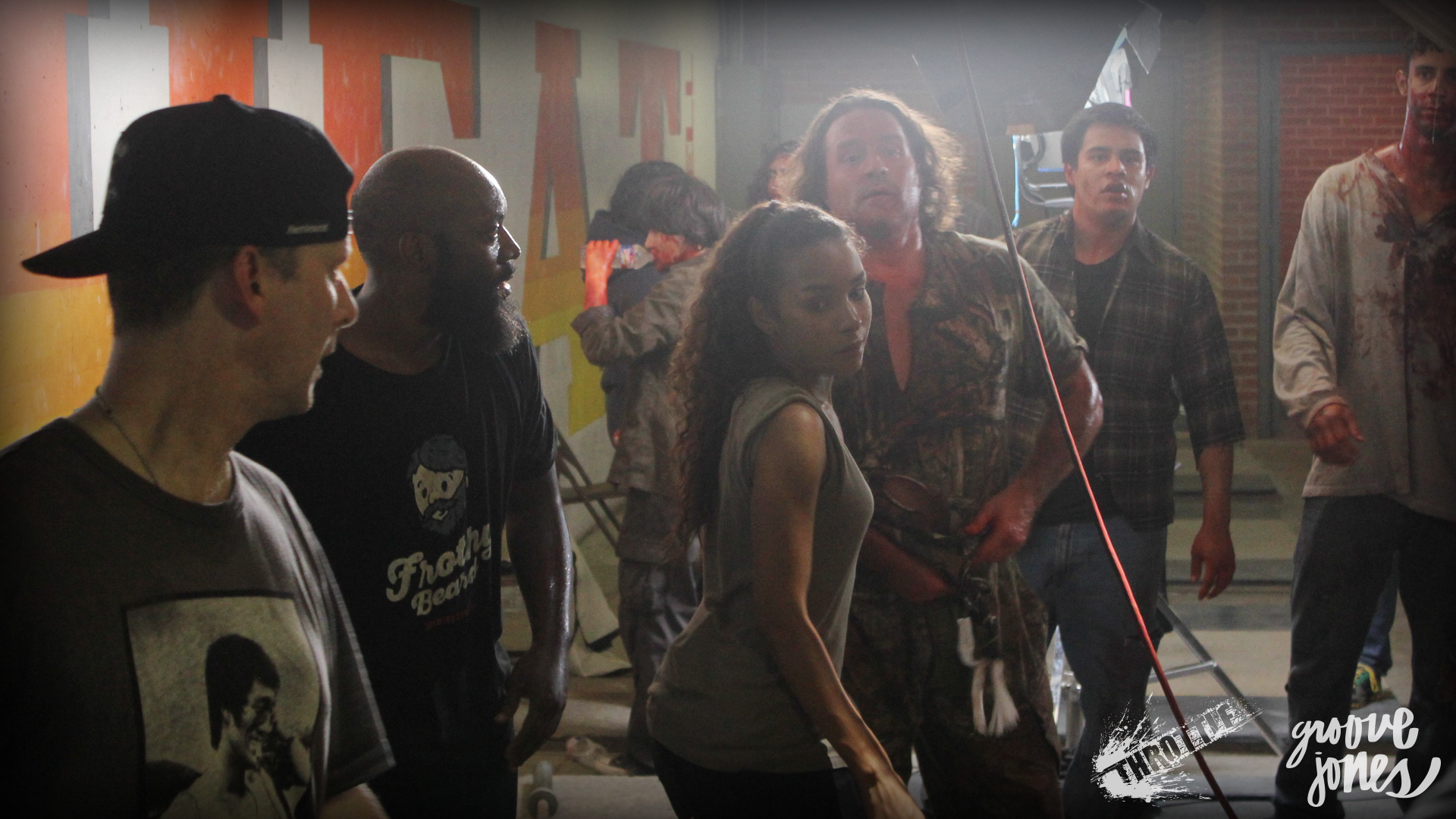 The scene also features the worked of noted industry Stunt Coordinator, Clayton Barber, who helped the actors with physical scenes that included escaping the undead for both the movie and the VR release. Clayton has worked on stunts for such films as, OLYMPUS HAS FALLEN, THE BOURNE LEGACY, and the upcoming JOHN WICK 2 and THE FAST AND THE FURIOUS 8. 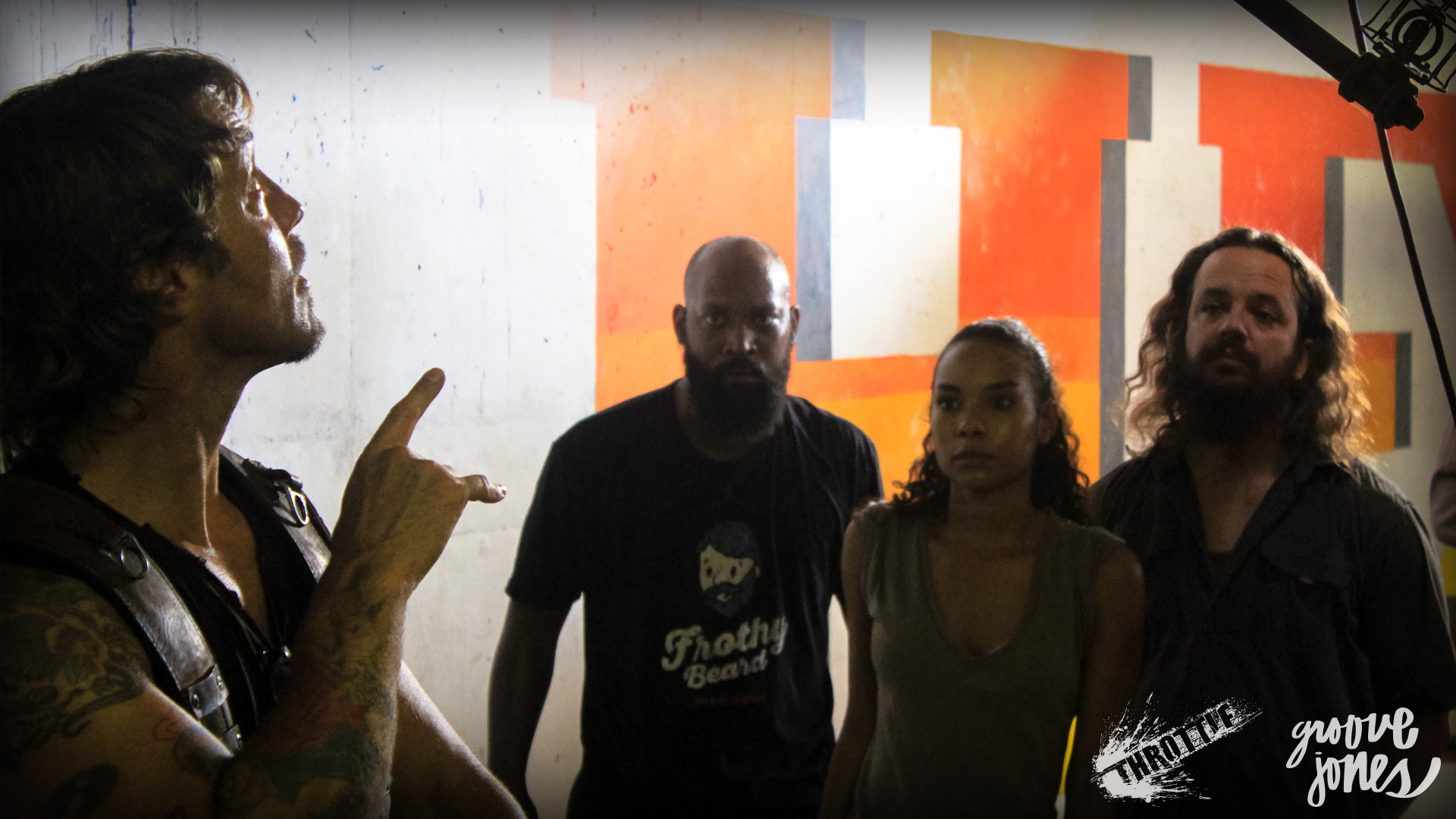 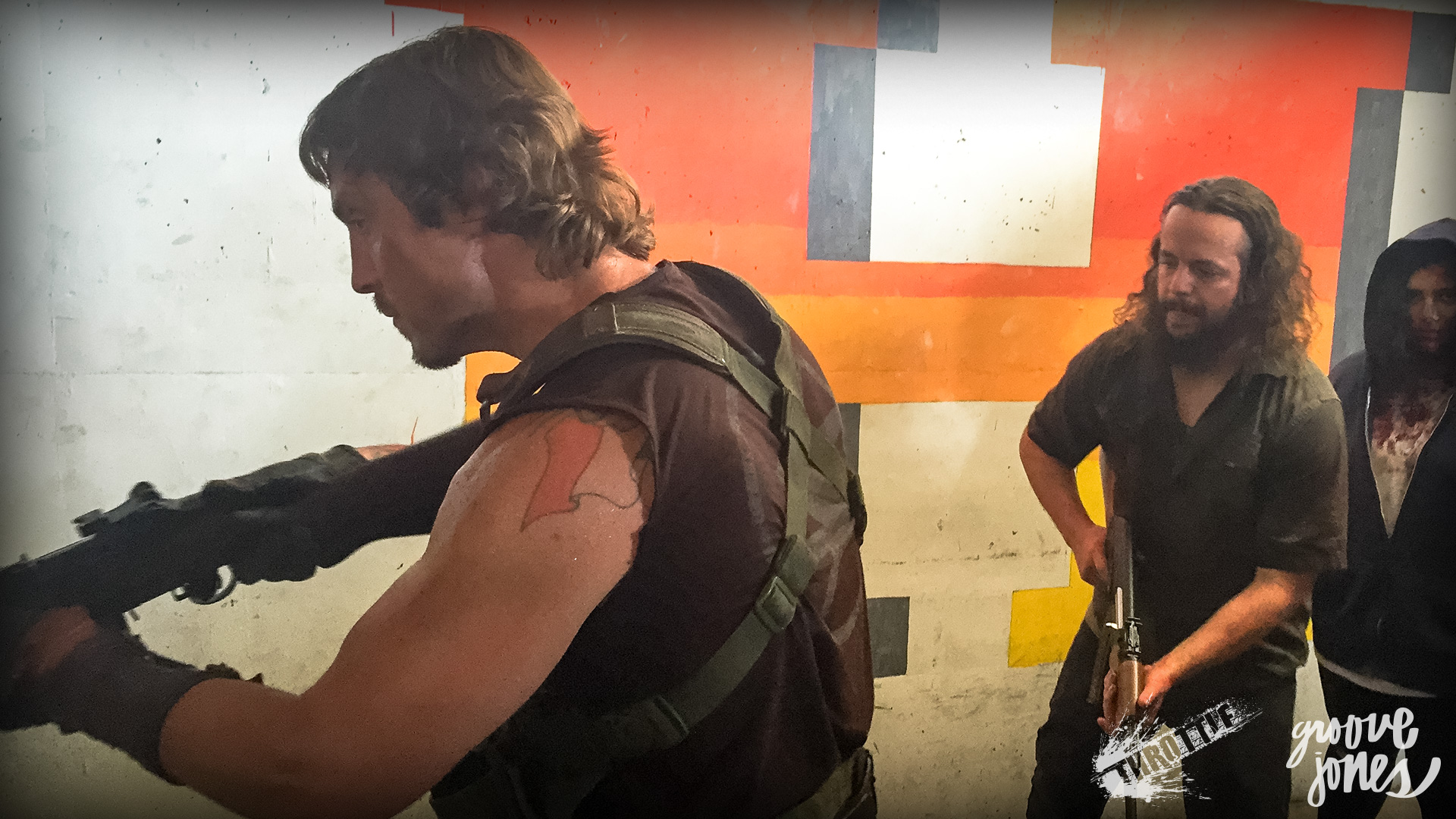 The VR Edition scenes were shot with the Jaunt ONE camera system, which includes 24 separate camera lenses to capture the 360º action. 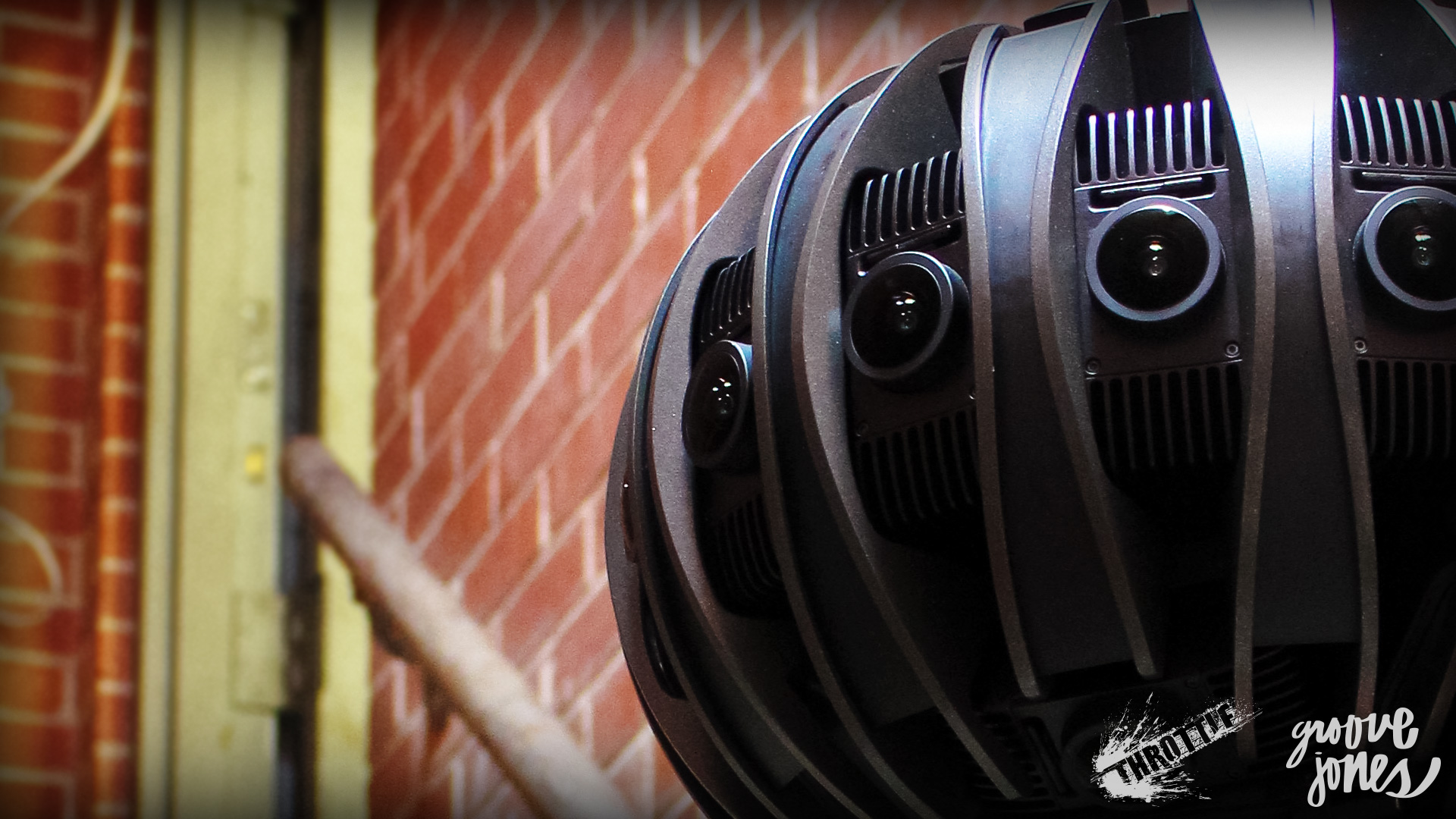 “We are thrilled that we were able to get the theatrical team together for this virtual reality experience,” said Dale Carman. “Being agile and forward thinking, we’ve pulled off something that everyone talks about, but rarely delivers.”

Groove Jones leveraged their GrooveTech™ platform for the experience that works across all VR devices. The technology allows for the rapid development of VR applications that can utilize HD stereo video content in a 3d environment as well as real-time rendered objects within a 360º space. Several of Groove Jones’ commercial clients have licensed this technology for their brand activations. Leveraging this technology reduced the development time and allowed the team to focus on the story and creative. 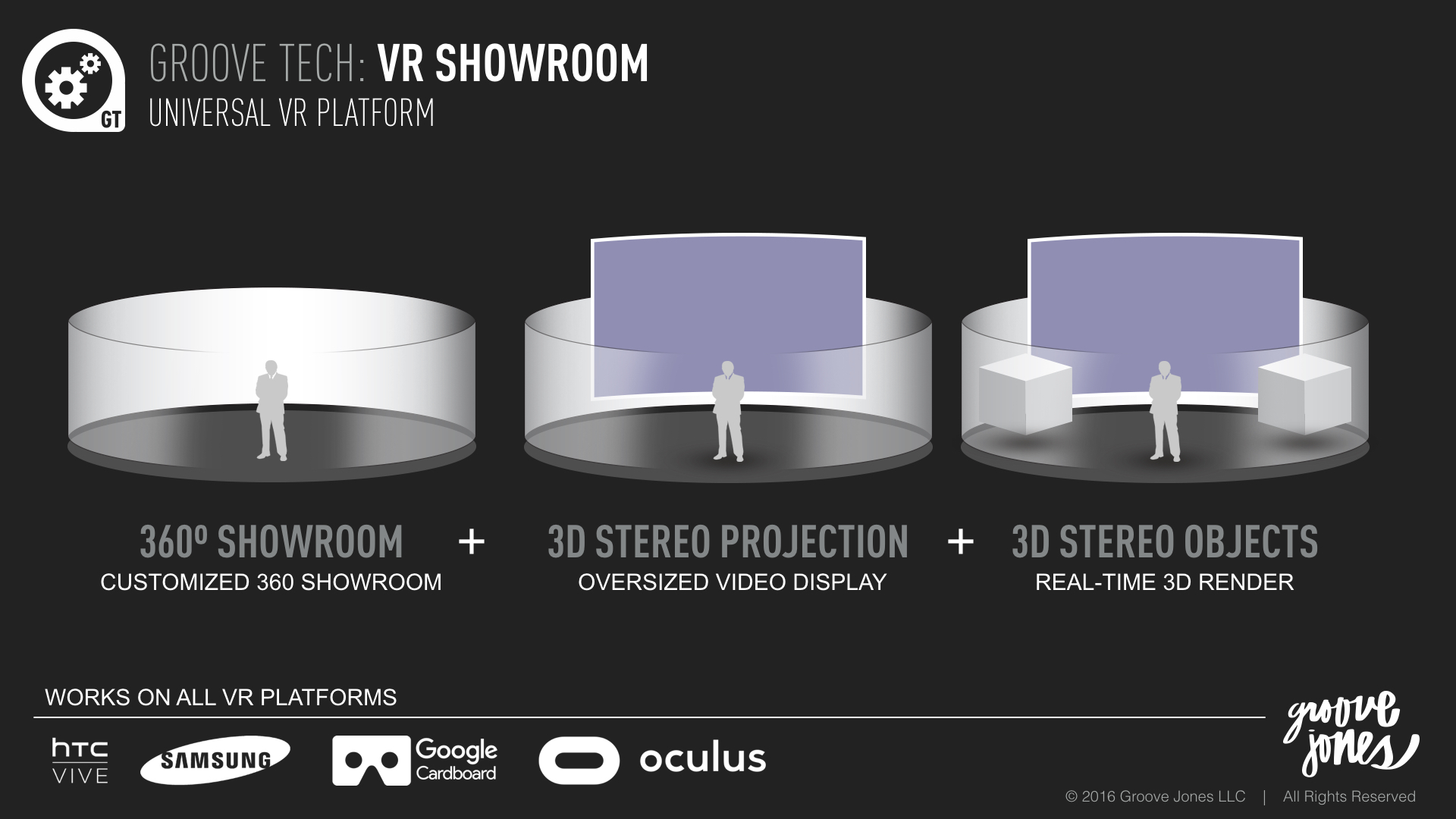 William Kauffman and Chad Law have teamed up again to create the film – DAYLIGHT’S END, which is a hard driving action-horror-thriller starring Johnny Strong. After a very successful Comic-Con and film festival run DAYLIGHT’S END is being distributed by Vertical Entrainment and Lionsgate. Theatrical release for the film is August 26, 2016. For more information visit www.daylightsendmovie.com. 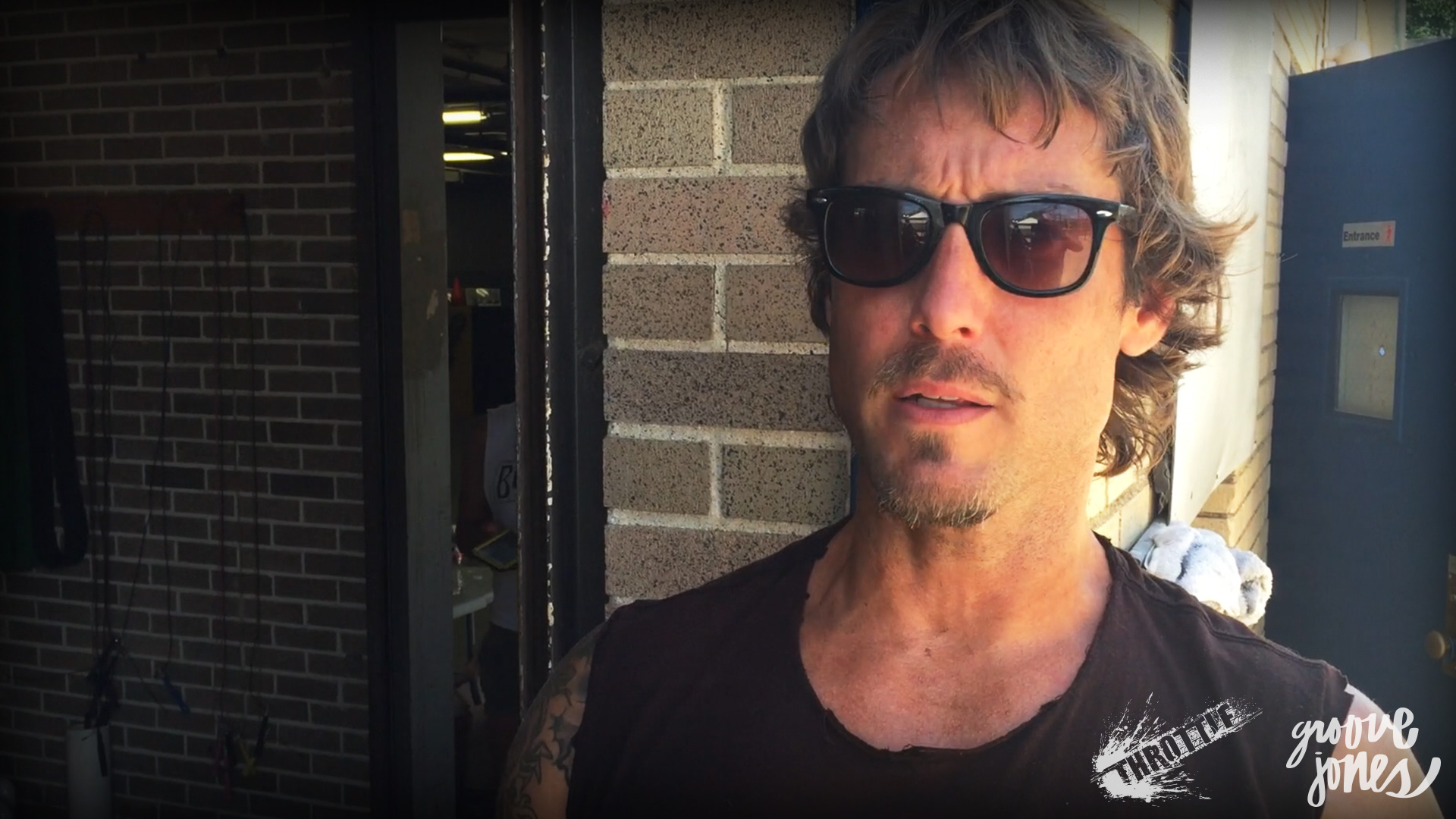 Both the film and the virtual reality vignette stars Johnny Strong as Thomas Rourke.