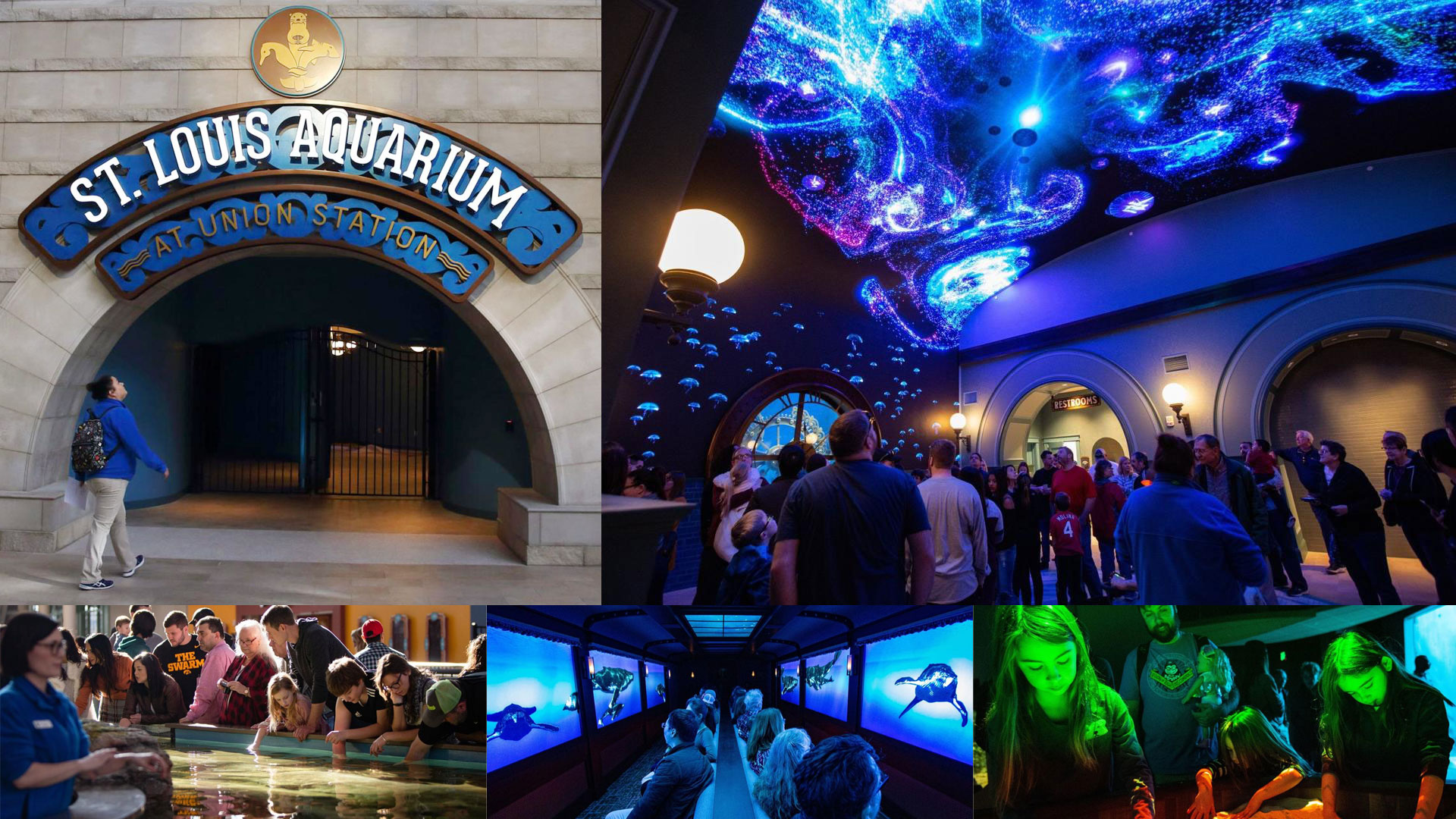 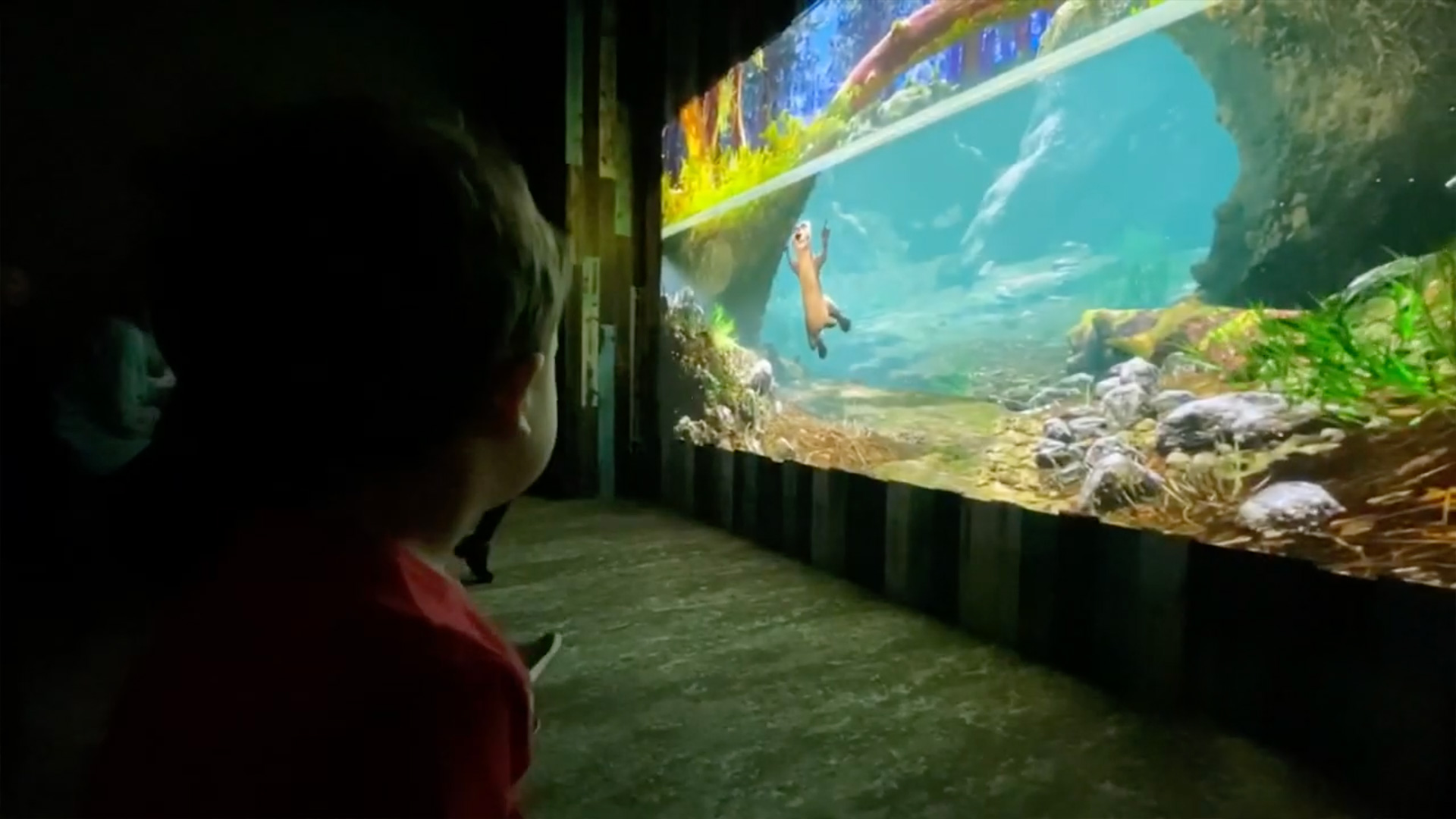 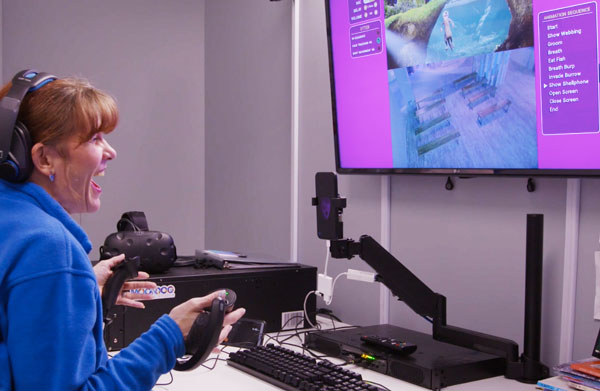 “Otter Chat” is an interactive talk show attraction featured at the new St. Louis Aquarium at Union Station. Designed by Groove Jones in collaboration with Moondog Animation, the attraction consists of an interactive improvisational conversation with Tommy the Otter, a North American River Otter, and the star of the show. The technology allows the aquarium to teach guests about otters, conservation and educational fact about how they live.

Guests to the aquarium can experience a fully interactive experience and engage with Tommy the Otter. Tommy asks questions and responds to the audience’s reactions in real-time. The show is a blend of computer graphic techniques, educational content, and comedic improvisation by staff behind the scenes. 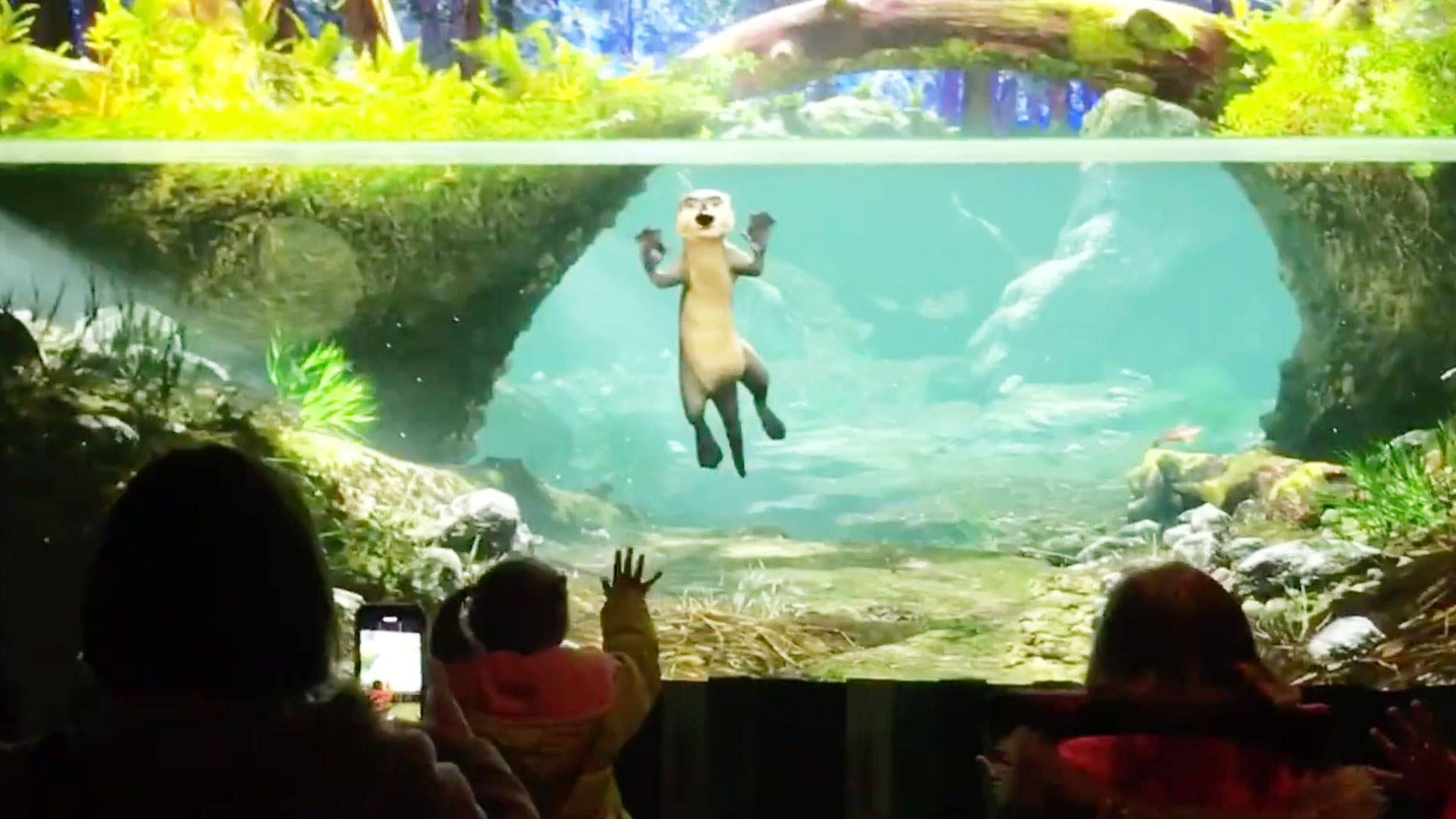 How Tommy the Otter was Brought to Life

Video below showcases the various elements of the production.

The show consists of an oversized screen view of Tommy the Otters habitat. This is similar to what visitors see throughout the aquarium. However, this view is computer-generated, portraying a CGI environment. The animated image of Tommy the Otter is a computer graphic avatar controlled by an actor backstage, whose performance is captured in real-time.

“Otter Chat” uses our GrooveTech™ Performance Capture System, a system that allows actors to control the fully animated character in the theater attraction area. The tool consists of a facial tracking camera system that allows the actor to talk to the audience and automatically lip-sync their voice and movements to the animated character. This tracking and animation are rendered on the fly and are projected at 60 frames per second. Making Tommy the Otter’s mouth move in synchronization with the actor’s voice. 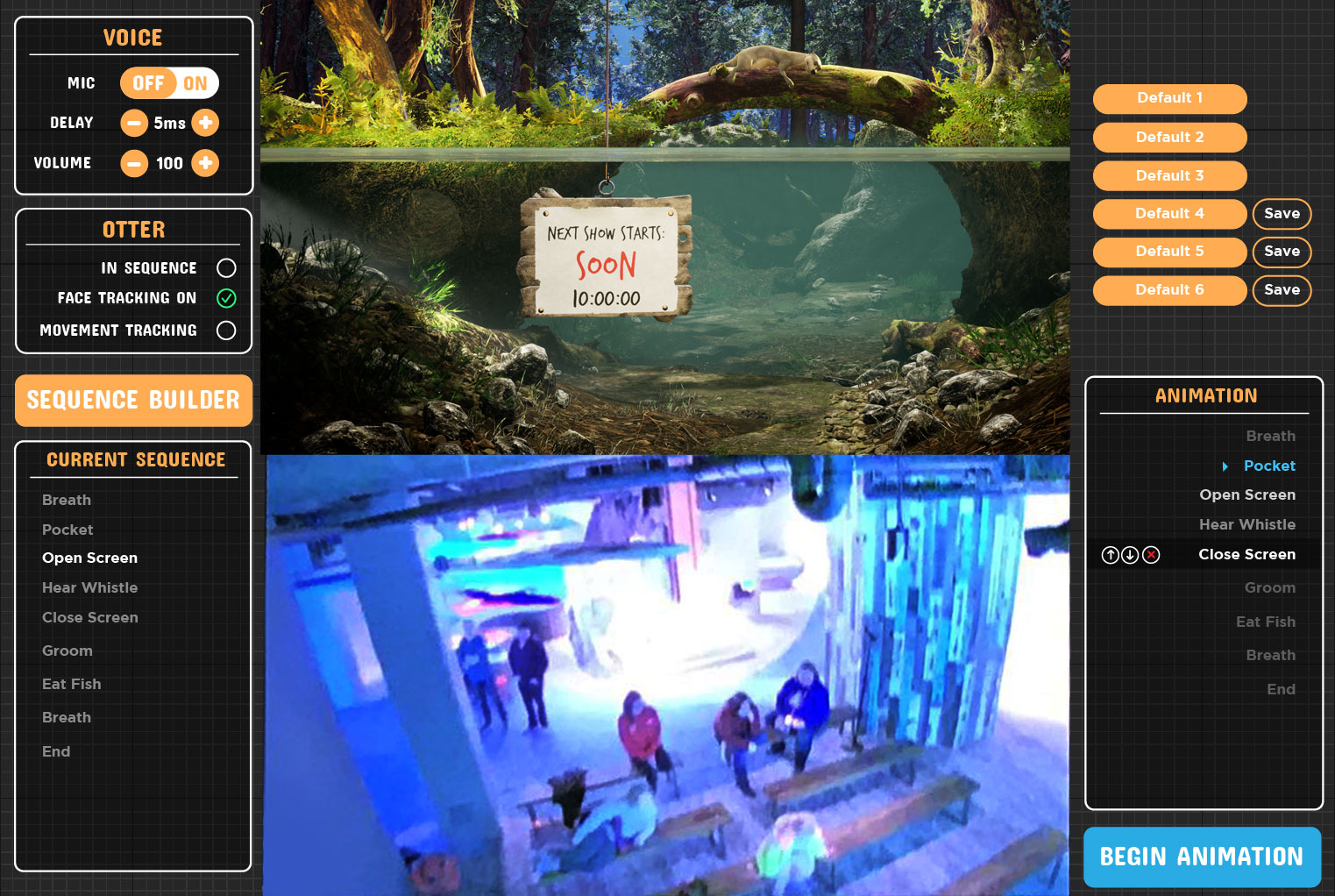 The GrooveTech™ Performance Capture System includes handheld controllers that allow the actor to control the body motions of the character. The actor can also activate a series of prebuilt animation sequences as part of the show. The technology enables each show to be different as Tommy responds uniquely to each audience.

The first priority with real-time motion capture is to keep it simple and understandable and easily operational for actors so that they can focus on bringing the character to life.

Particularly when the installation is to be long term and will involve less heavily trained actors performing multiple short shows every day, the setup needs to be simple and interactive and easy to understand to allow the actors to focus on their improvisation with the audience without getting too caught up in non-intuitive functions.

Groove Jones took the Otter character created by Moondog, the outline of the script, and the basic functionality of the animated sequences which needed to be triggered along the way, then created just this kind of system.

Behind The Scenes Video of the System

Without the budget or the need for full-motion capture suits, Groove Jones customized handheld controllers, which allowed the actors to move naturally and trigger animated functions such as the Otter’s entrance and exits, without taking their eyes off the audience. 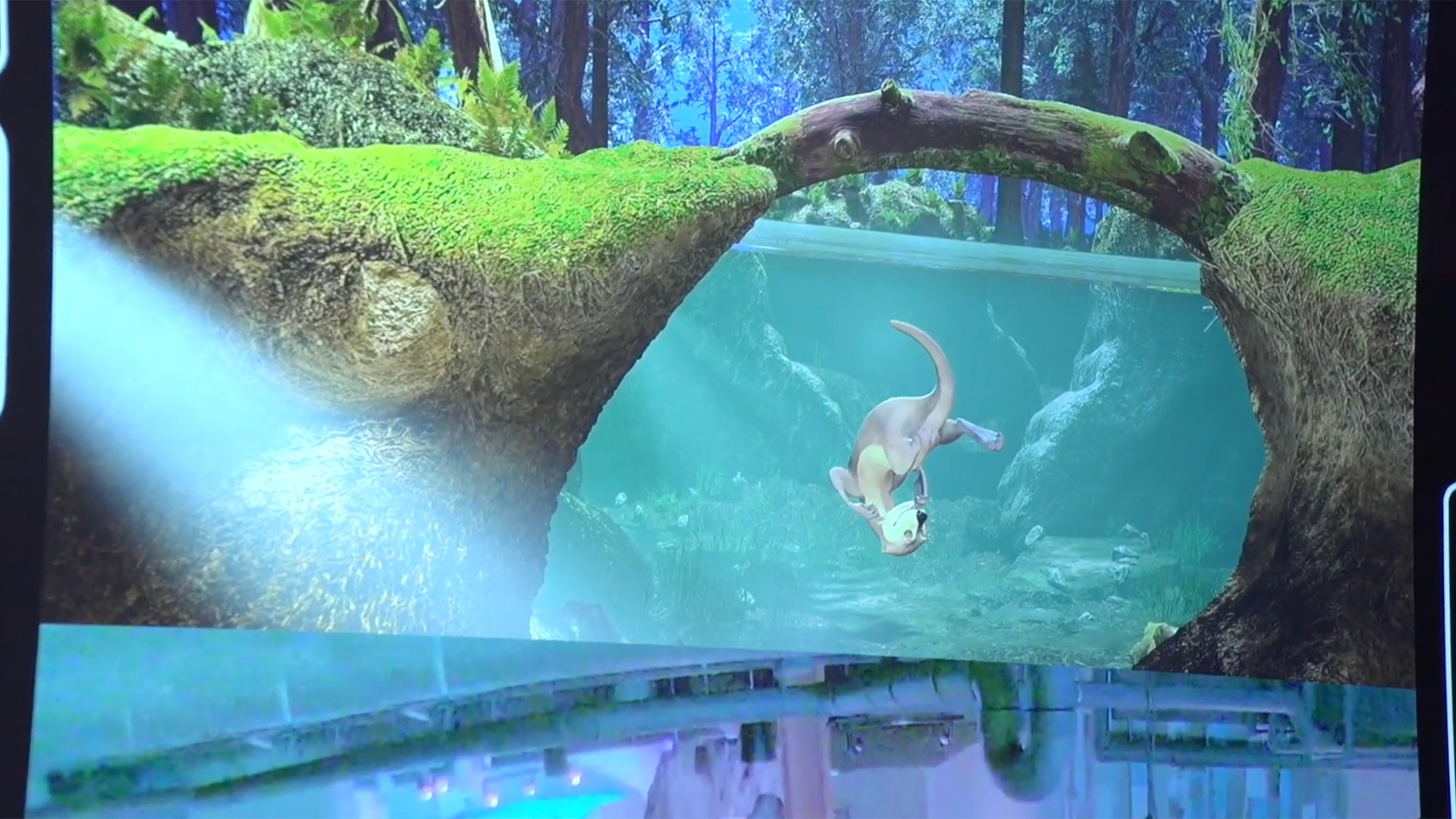 As the system was installed, performance director Henry Hagerty was able to use the simplicity of the system to get the actors immediately involved, but it also allowed him, through a series of improvisations with the actors to break the scripts into :60 second units or performances, each with its own triggered animation cycles, so that very early on, the actors themselves could customize the flow of the show each day.

There ended up being 9 separate one-minute performance pods. For a five-minute show, they only need to program 5 segments at a time.  This interactivity allowed the actors to keep the show different and fresh each day. 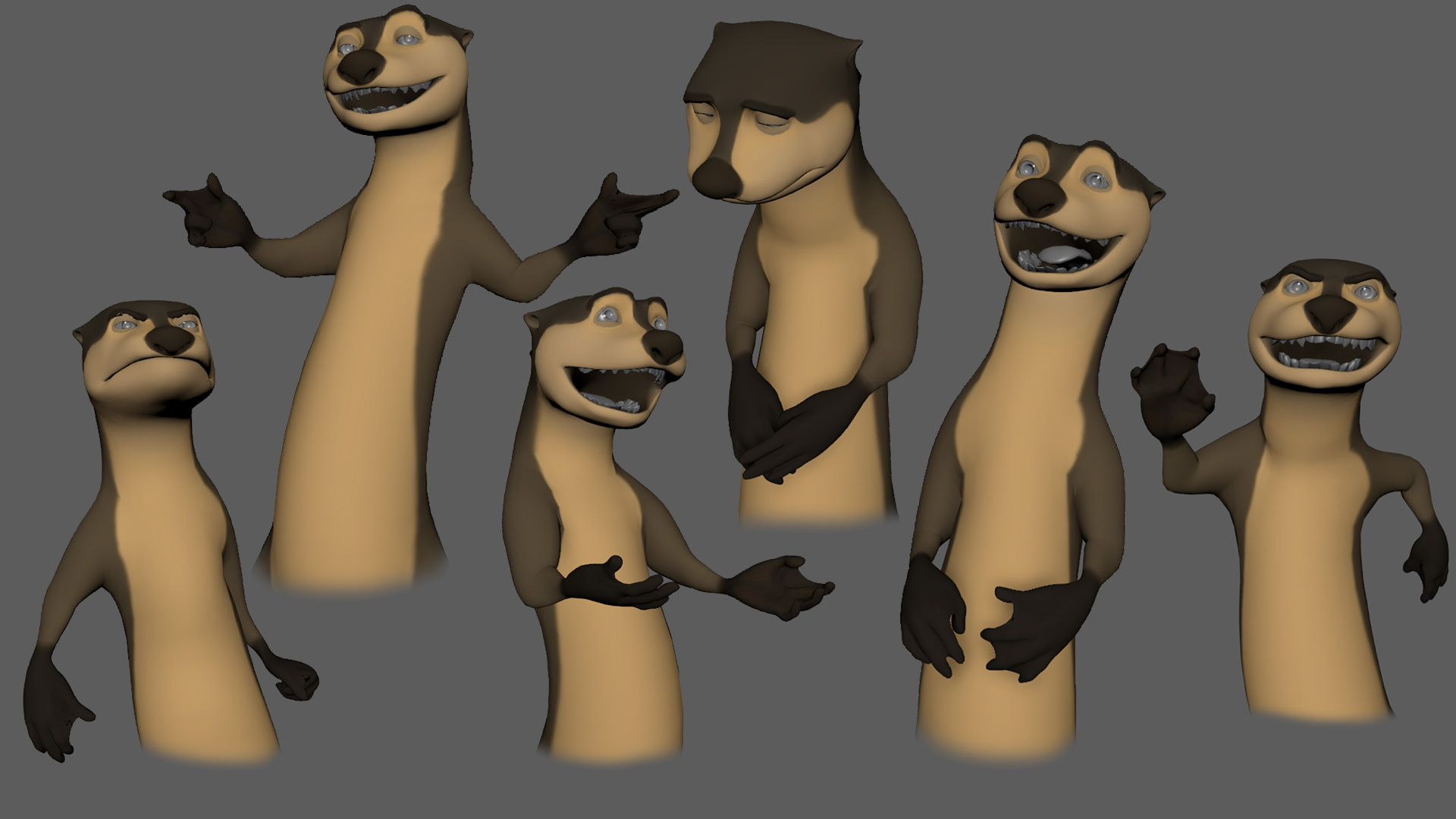 The best real-time motion capture embraces the realities of whom will be performing and what their capabilities are, and by using commonly understood game technology, Groove jones made this system intuitive and easy to learn for actors at any level at any venue in the world.

Staff Can React to Audience

Using cameras mounted in the theater, the hidden actor can see the audience with whom they are interacting with. This allows the actor to refer to the specific appearance and behavior of particular questioners, as well as their location in the theatre. 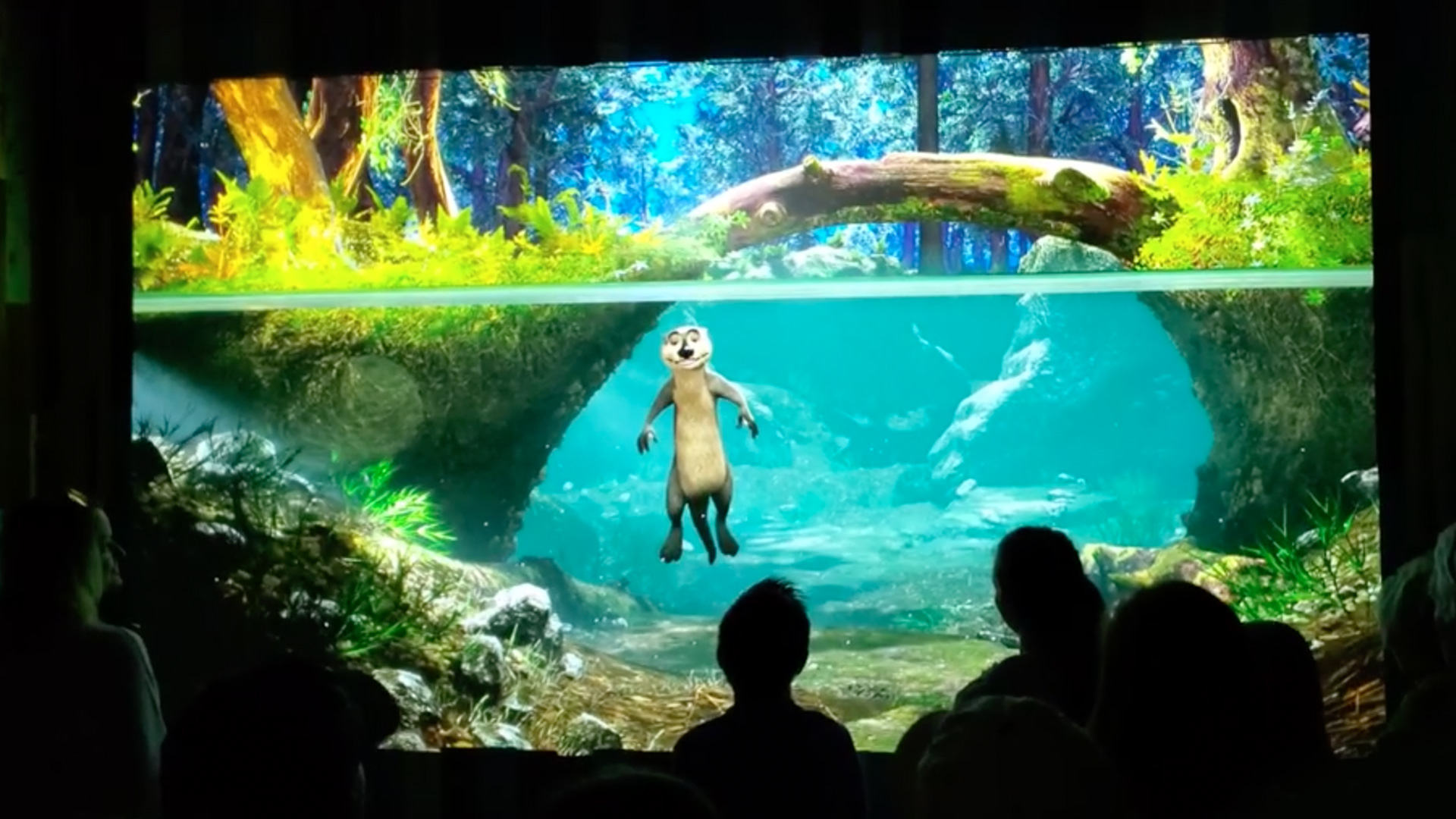 The actor’s performance is a combination of semi-scripted educational information about the North American Otter and improvised responses to guests’ questions and comments.

While the system is incredibly powerful and feature-rich, it is simple and intuitive, allowing for a single actor to completely control the performance. This was important due to the client’s requirements around staffing. Currently, the system is being operated by four voice actors/actresses on staff.

Groove Jones built the show experience off of initial designs of the Tom the Otter character created by Moondog Animation. With their deep experience in animation, the Groove Jones team used traditional keyframe animation to give unique pre-built animations for Tom, doing signature moves and performing actions that would be impossible for the actor to do, like swimming, diving and catching fish. 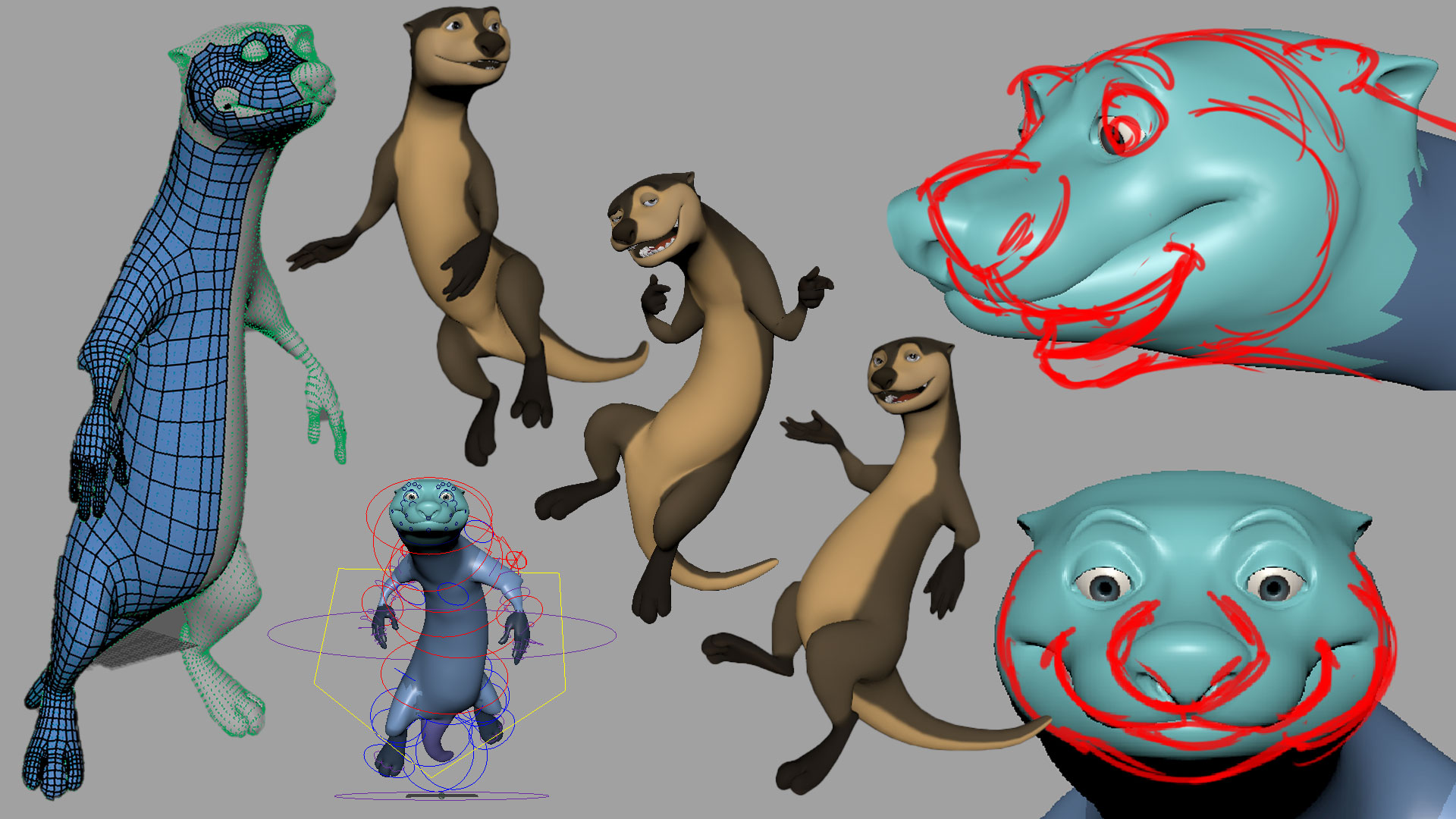 Facial tracking technology – We sculpted custom face shapes to help translate the actors face to the unique qualities of the Otter character. Our goal is to bring Tom the Otter to life, and really see “his” performance, and cross the invisible barrier to bringing him to life, rather than seeing something puppetted by an actor. 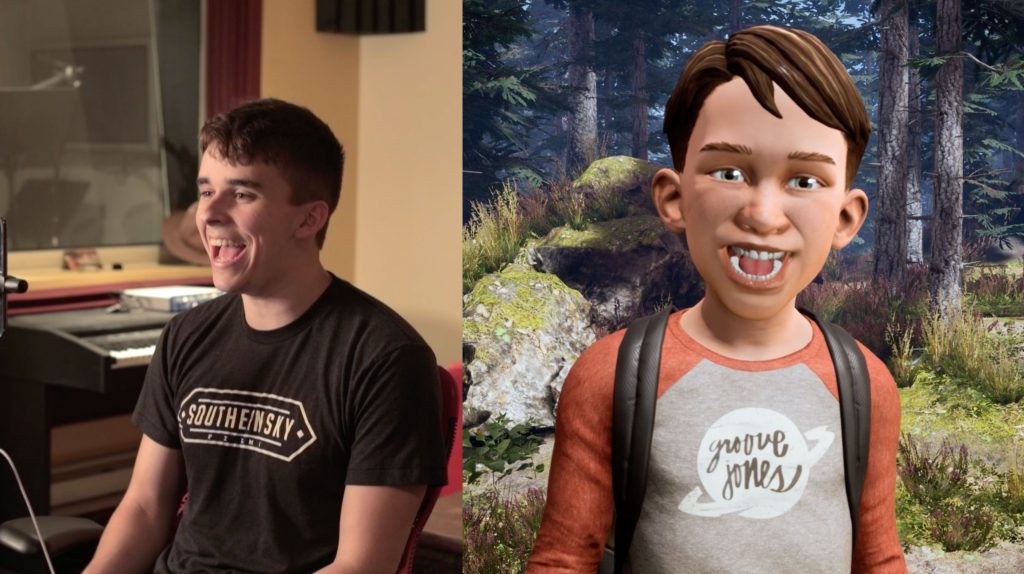 Environment work – for the environments, we started with a traditional matte painting to find the general feel and lighting direction and style. Then we used the amazing tools in Unreal to bring it to life in real-time. Below you can see how we transformed sketches into a realistic underwater world. 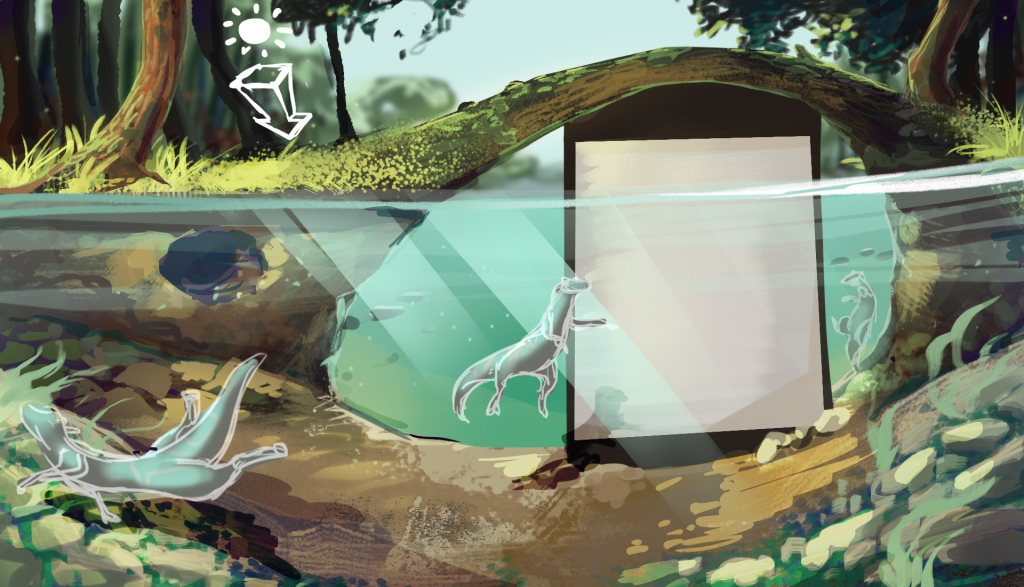 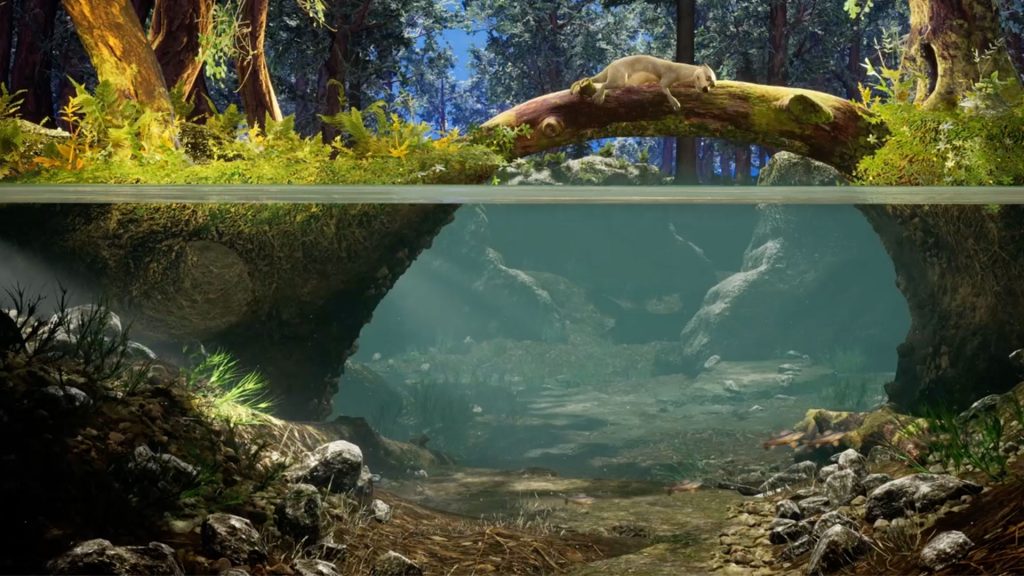 Fun props work – Tom wouldn’t be complete without his “Shell-phone”. This along with a fun school of fish accompany Tom in his underwater world. The fish use a smart flocking system to swim around Tom.

St. Louis CBS 4 did a live remote and received a personal show. 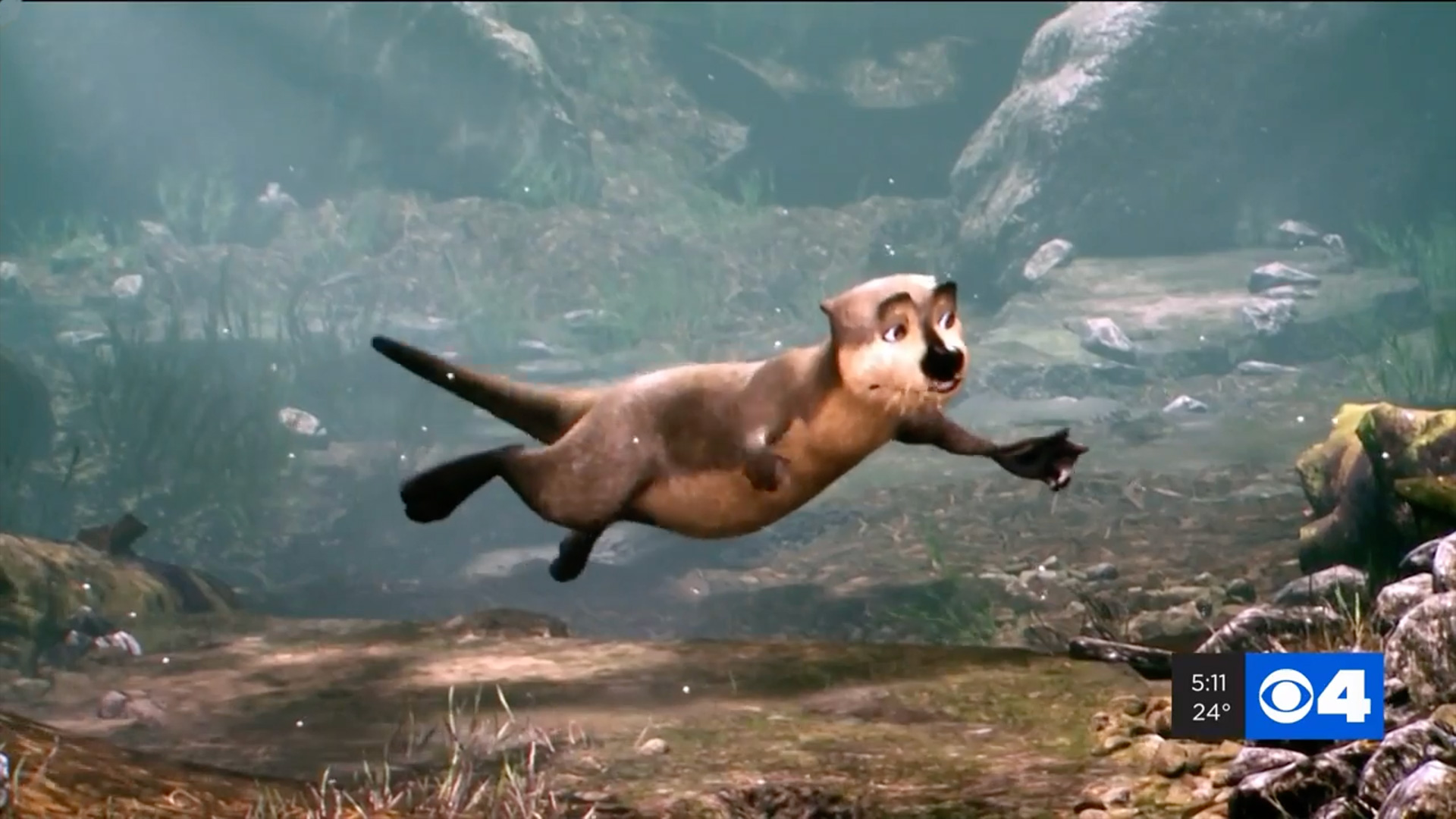 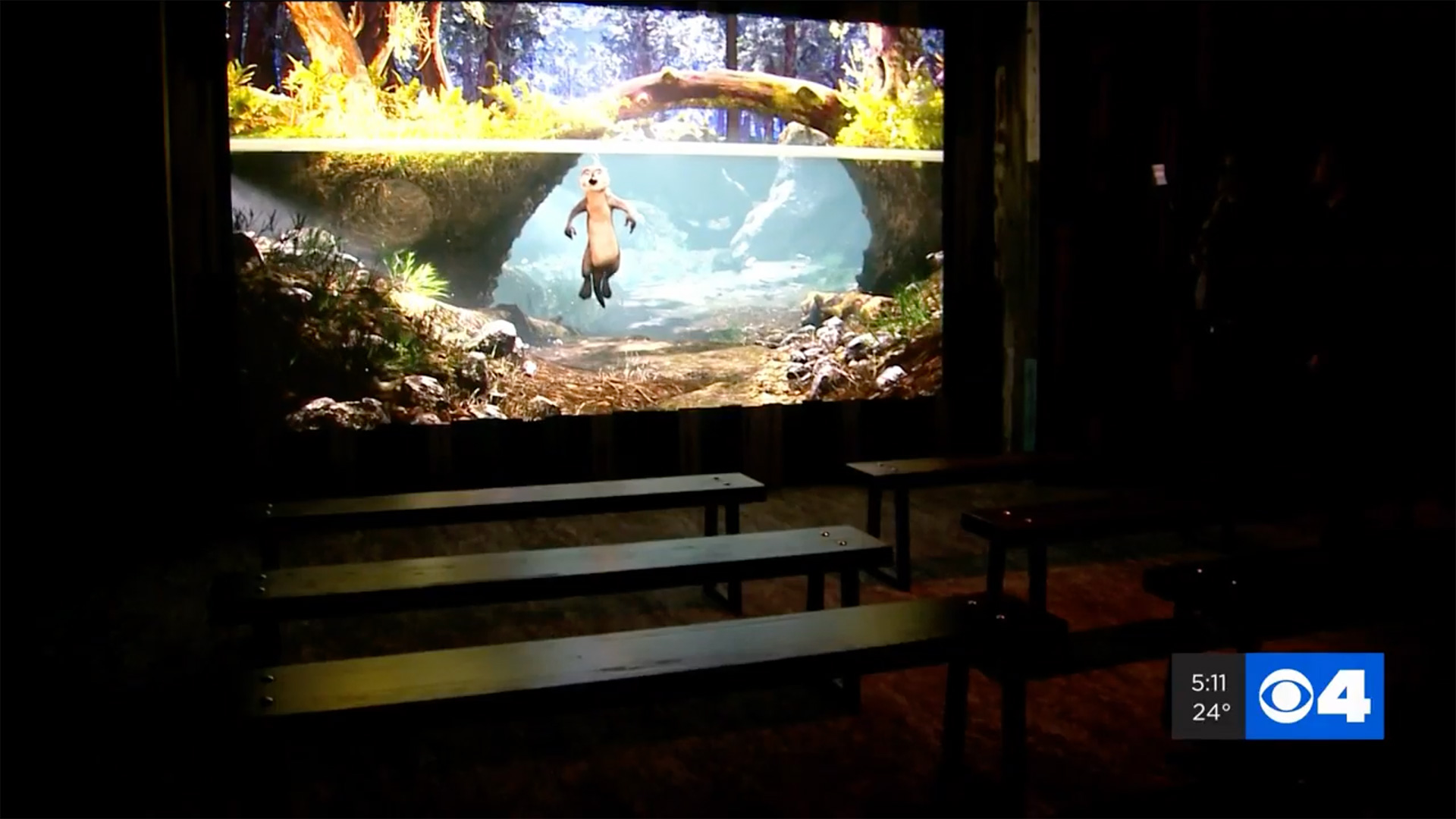 Nine Network’s Molly Saunders stopped by the St. Louis Aquarium at Union Station to visit with “Tommy” and the new North American river otters that just moved in, right before the grand opening.

Groove Jones works with other Institutions.

We make the museum, aquarium, sport and cultural site experiences interactive, immersive, and compelling for visitors. Check out the work we have done with these other great installations.

When the aquarium was impacted by the COVID-19 pandemic, they pivoted and turned the Otter Chat experience into a live stream event. 2000 people watch the live event and nearly 25K people watched over the first 24 hours. Here is more info about how the leveraged this on-site tool for a 100% digital event – https://www.groovejones.com/live-stream-interactive-content-to-your-stay-at-home-audience/

About the St. Louis Aquarium

St. Louis Aquarium opened Christmas Day in 2019. The aquarium is the last significant development in the most recent $187 million transformation of the historic former train station. Officials say the entertainment complex could be a top-tier destination along with the likes of the Gateway Arch and St. Louis Zoo.

The two-story, 120,000 square-foot aquarium will feature over 13,000 animals in more than 1 million gallons of water, sourced from local waterways. Check out the St. Louis Aquarium for more info – https://www.stlouisaquarium.com.