How Close is too Close? Find out in the new VR Campaign.

Groove Jones created a VR experience for Comcast Xfinity that launched at the Daytona 500. We take fans from their living room into a breathtaking, edge-of-your-seat ride and climatic pile up on the track.

The project was created using both live-action 360º video captured on location in Orlando and high-end CG animation.

In order to achieve the dramatic car wreck at the end of the experience, the entire 30-second pileup was created using computer graphics. Below is an image showcasing the early CGI images. To the right are final rendered images seen in stereoscopic VR.

The experience launched at the 2016 Daytona 500. Groove Jones worked with GMR on the activation. The experience can be seen at NASCAR races across the country. 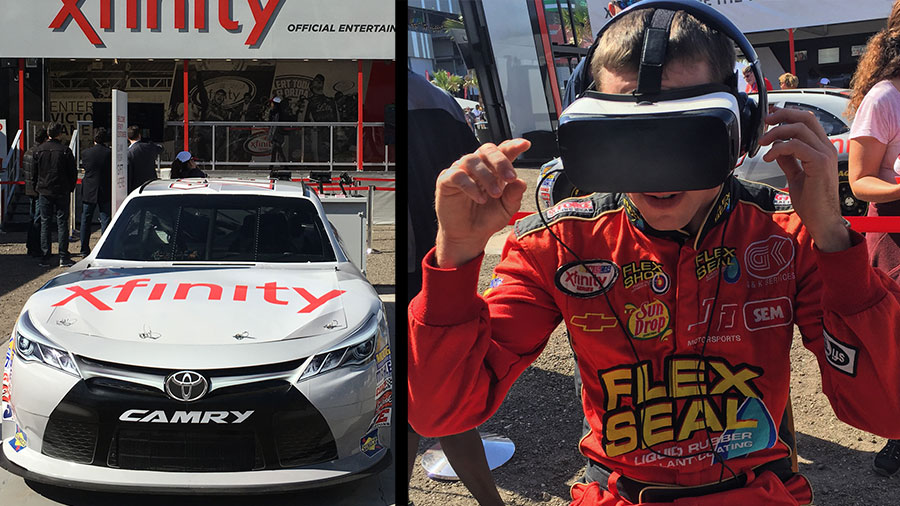 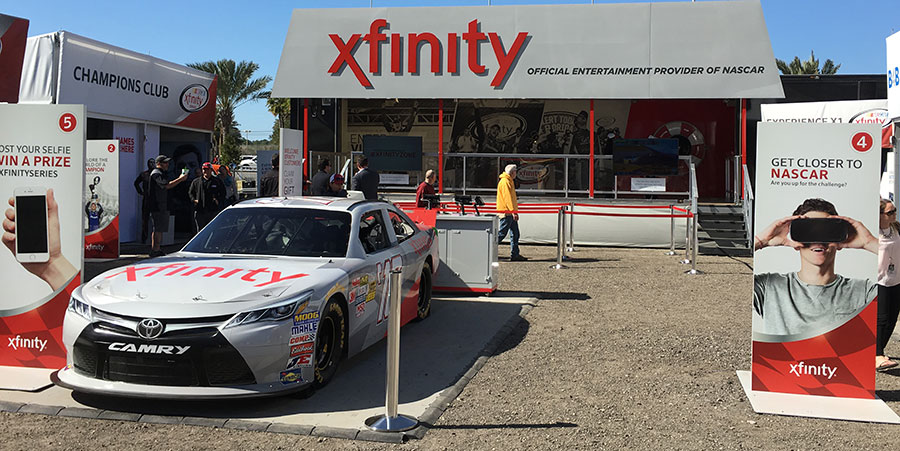 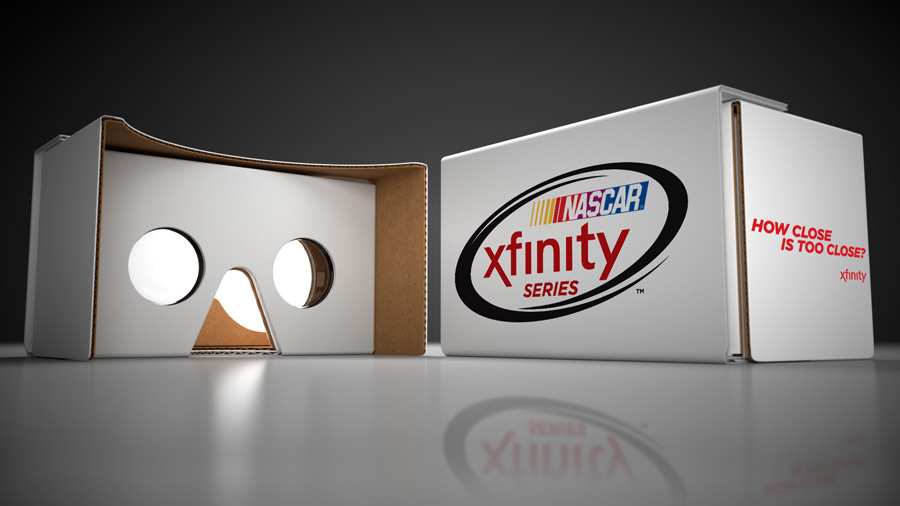 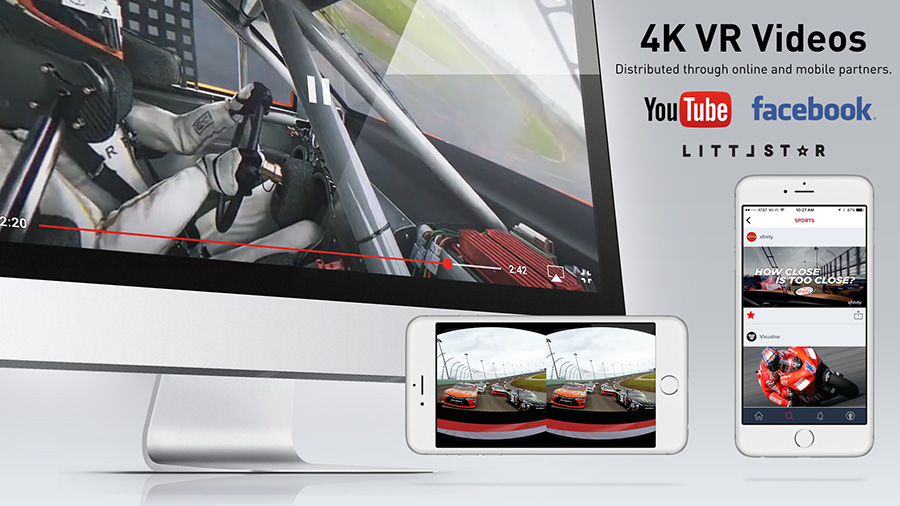 “Xfinity created this virtual reality experience as another way to bring fans closer to NASCAR than anyone else,” said Matt Lederer executive director of sports marketing at Comcast. “Since the beginning of our partnership with NASCAR, we have made it a priority to bring new and exciting features to the fans. The introduction of the NASCAR enhancements to the X1 Sports app for those at home, and the redesigned Xfinity Zone fan interactive area at the track, complete with this virtual reality experience, lead the charge of fan-focused updates for 2016.”

“After trying out Xfinity’s Virtual Reality Experience, I was blown away by how close you are to the action,” Wallace said. “As a driver who truly experiences that environment each weekend, it was kind of surreal for me, so I know that our fans are going to love it. Xfinity X1 is changing the way fans experience NASCAR and I think this Virtual Reality Experience is a great extension of that.”