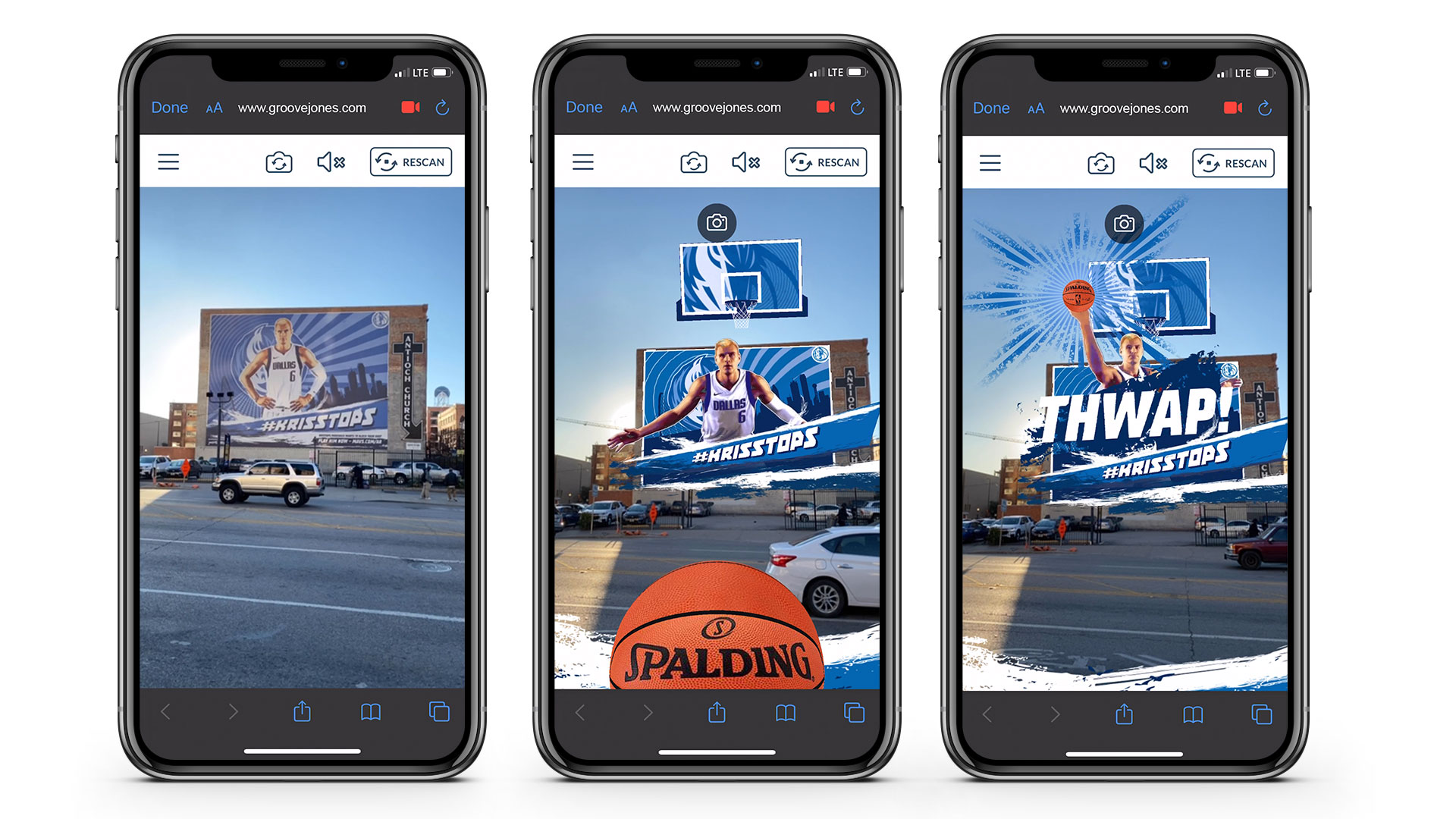 This past December, the NBA’s Dallas Mavericks teamed up with creative agency Groove Jones, to develop and launch an AR mural game starring the Mav’s power forward, Kristaps Porzingis. The campaign, #KrisStops, was executed to educate the community about hunger in the Northern Dallas area. For each block Porzingis got during the NBA season, he would donate $500 to the Mavs Foundation, which would then redistribute the money to local hunger-fighting organizations. 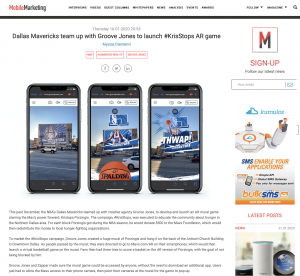 To market the #KrisStops campaign, Groove Jones created a huge mural of Porzingis and hung it on the back of the Antioch Church Building in Downtown Dallas. As people passed by the mural, they were directed to go to Mavs.com/AR on their smartphones, which would then launch a virtual basketball game on the mural. Fans then had three tries to score a basket on the AR version of Porzingis, with the goal of not being blocked by him.

Groove Jones and Zappar made sure the mural game could be accessed by anyone, without the need to download an additional app. Users just had to allow the Mavs access to their phone camera, then point their cameras at the mural for the game to pop-up.

The initiative, which ran until 29 December, encouraged fans to share their AR experience on social media, using hashtags such as #KrisStops and #MavsAR. On 10 December, an additional AR mural was added to the Crown Plaza in Dallas, measuring at 100 feet tall. This mural, which was the largest Web AT experience ever made, features Porzingis in the Dallas Mavericks City Edition jersey. The campaign successfully promoted The Mavericks Foundation and its season-long donations from Kristaps Porzingi.