It is 2017 and VR has fully evolved into a spectator sports activity. On the first day of CES, HP premiered a multiplayer VR experience created by Groove Jones called LightStrike at their party high above the Las Vegas strip.

Guests at the event strapped on an HTC Vive headset and were transported to the LightStrike Arena, where they battle another guest high above the neon city below. It is a two player, head to head VR game. 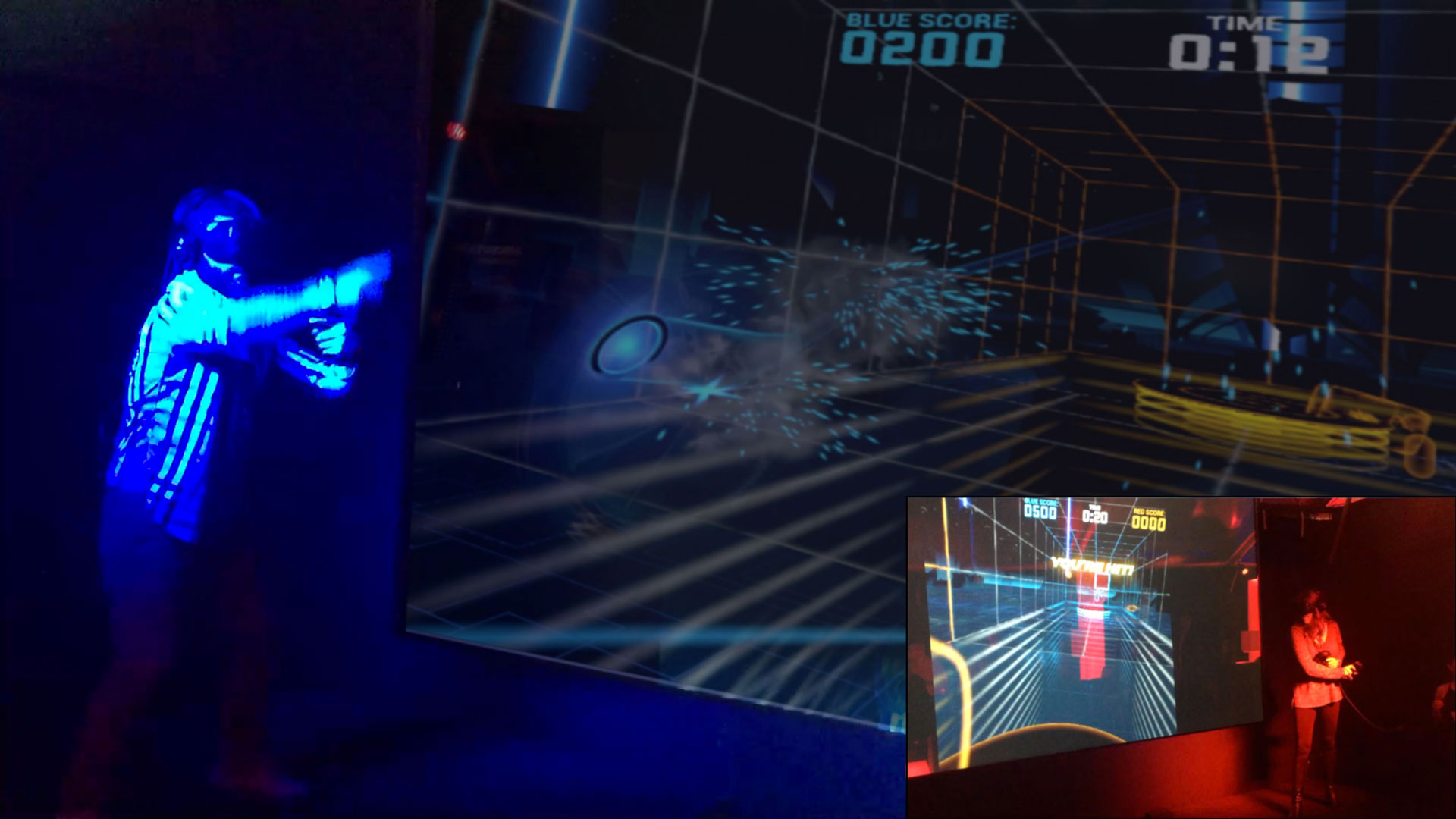 This is a real-time, fully interactive game that was not only fun to play but exciting to watch as a spectator. 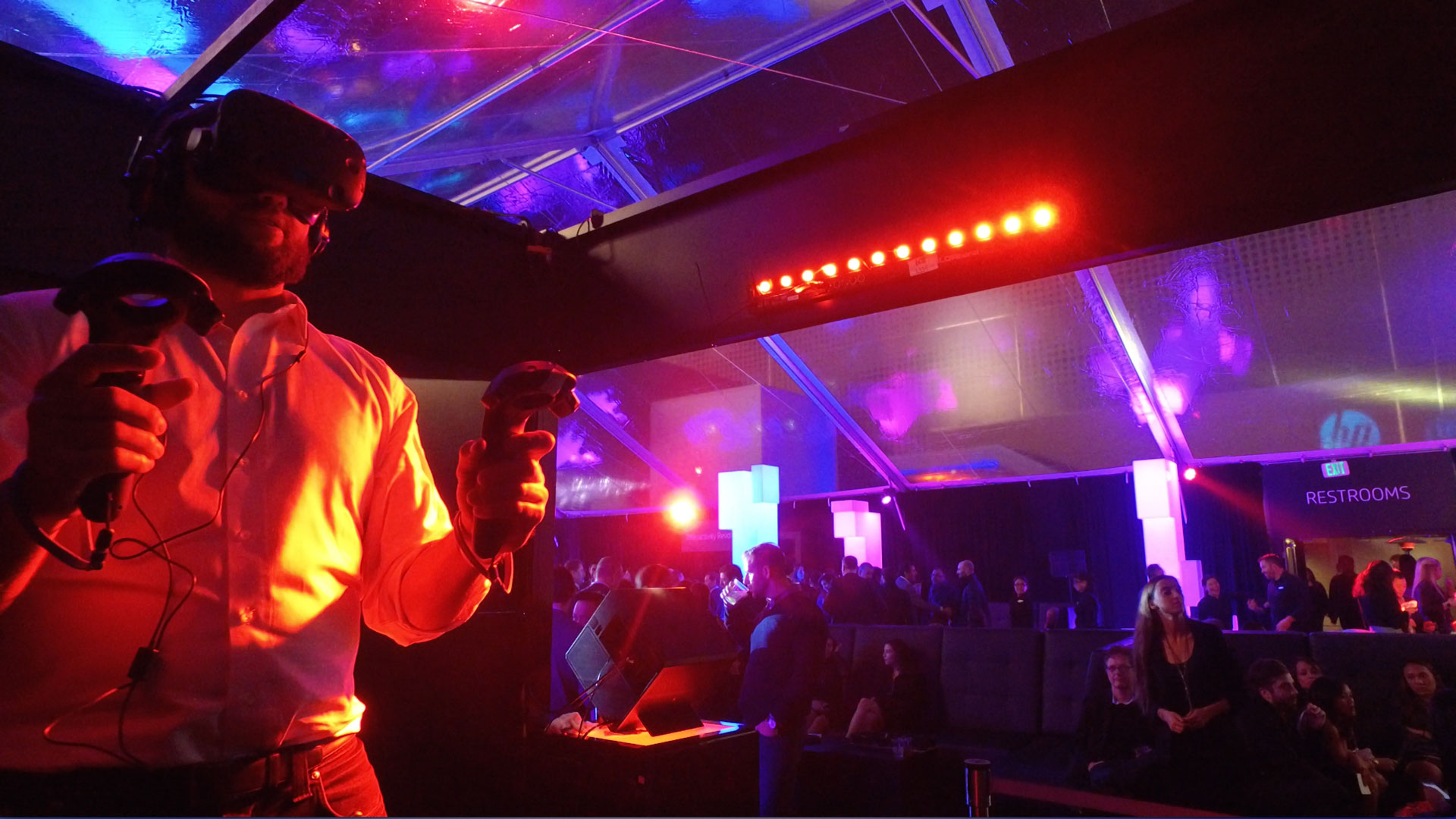 Players earn points by hitting their opponent with a disk, while at the same time using a shield and quick reflexes to dodge incoming disks.

Crowds watched the participants try to destroy their opponent across from them by throwing virtual light disks. Cheers would erupt when their favorite player won. The audience could see all of the VR action on external flat screen TVs. These screens displayed what the players saw inside their headsets. Gameplay tournaments were 120 seconds.

Engaging With Your Audience – The Future of Brand Activations

People who attended the event saw the future of how brands can engage with their audience. Not only for those who attended CES, but for players that can join in from remote locations or watch in spectator mode headsets. These spectator views can also be used for social sharing. 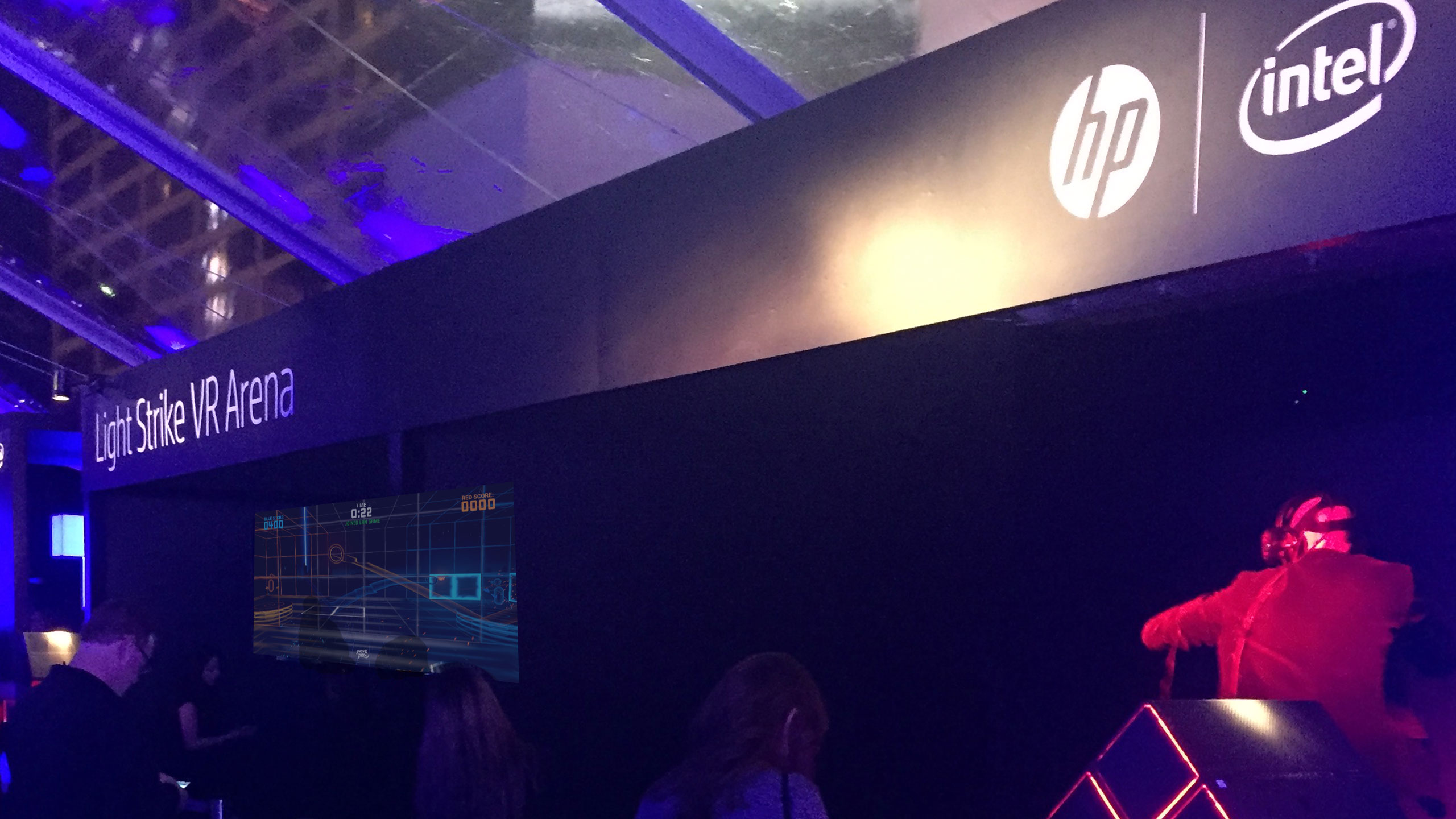 The experience took place within a 10 x 20-foot space with dedicated monitors for spectator viewing. HP utilized the experience to showcase their new VR enabled desktops.

The VR experience was powered by the new HP Omen line of desktop computers that were on display at the event. 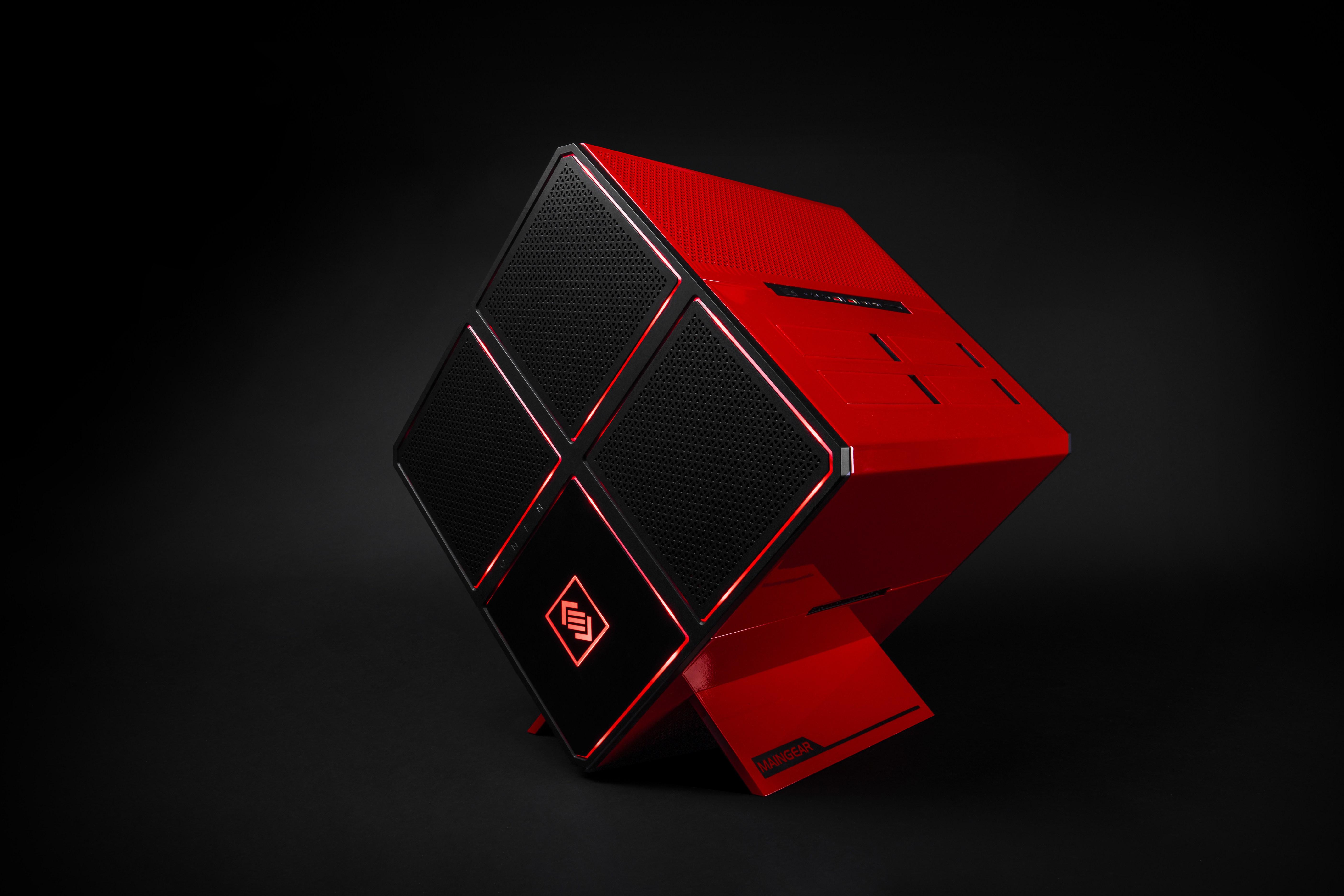 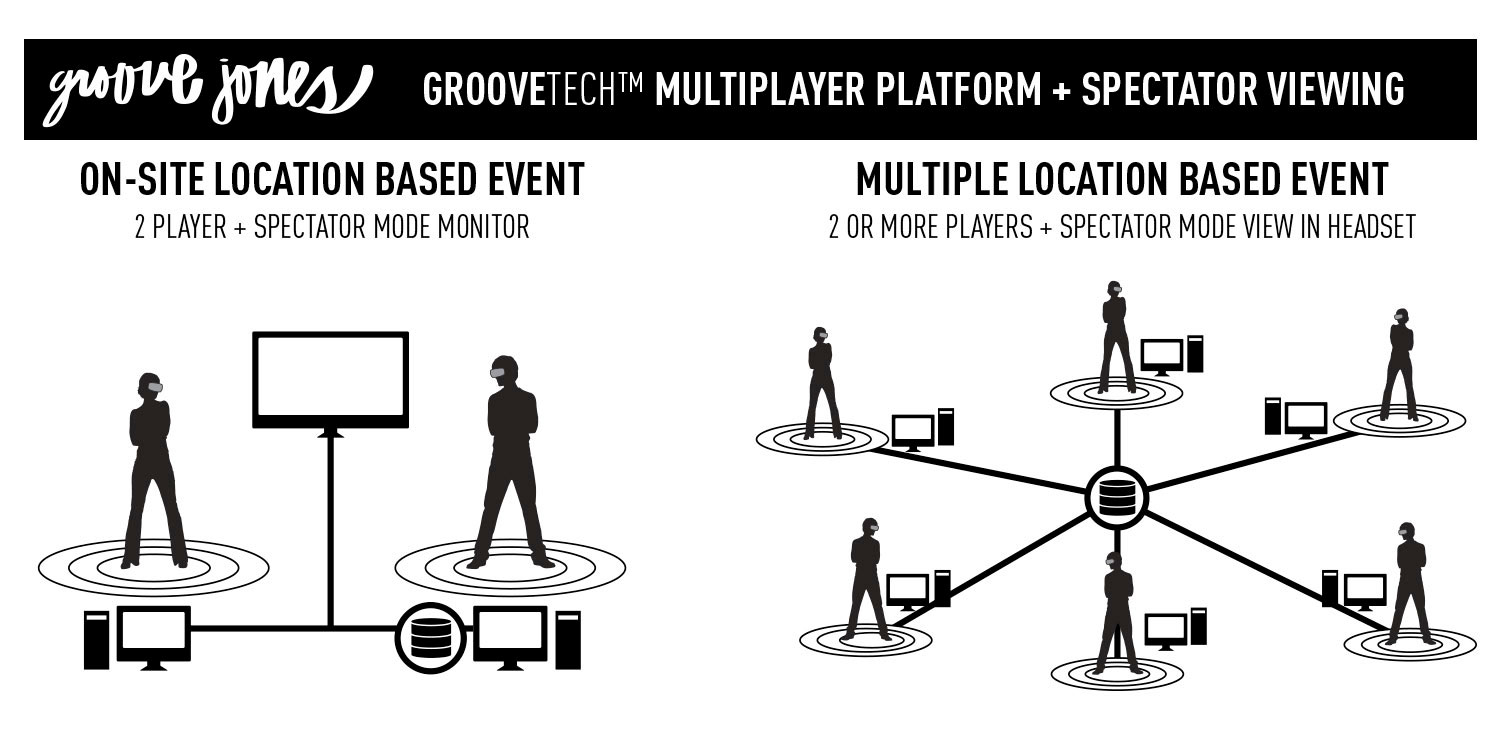 The experience is powered by the GrooveTech VR Platform. The platform can be licensed for 2 or more people to simultaneously take part in the VR experience. This can be for on-site events or can be deployed at multiple locations via a networked environment and our central servers.