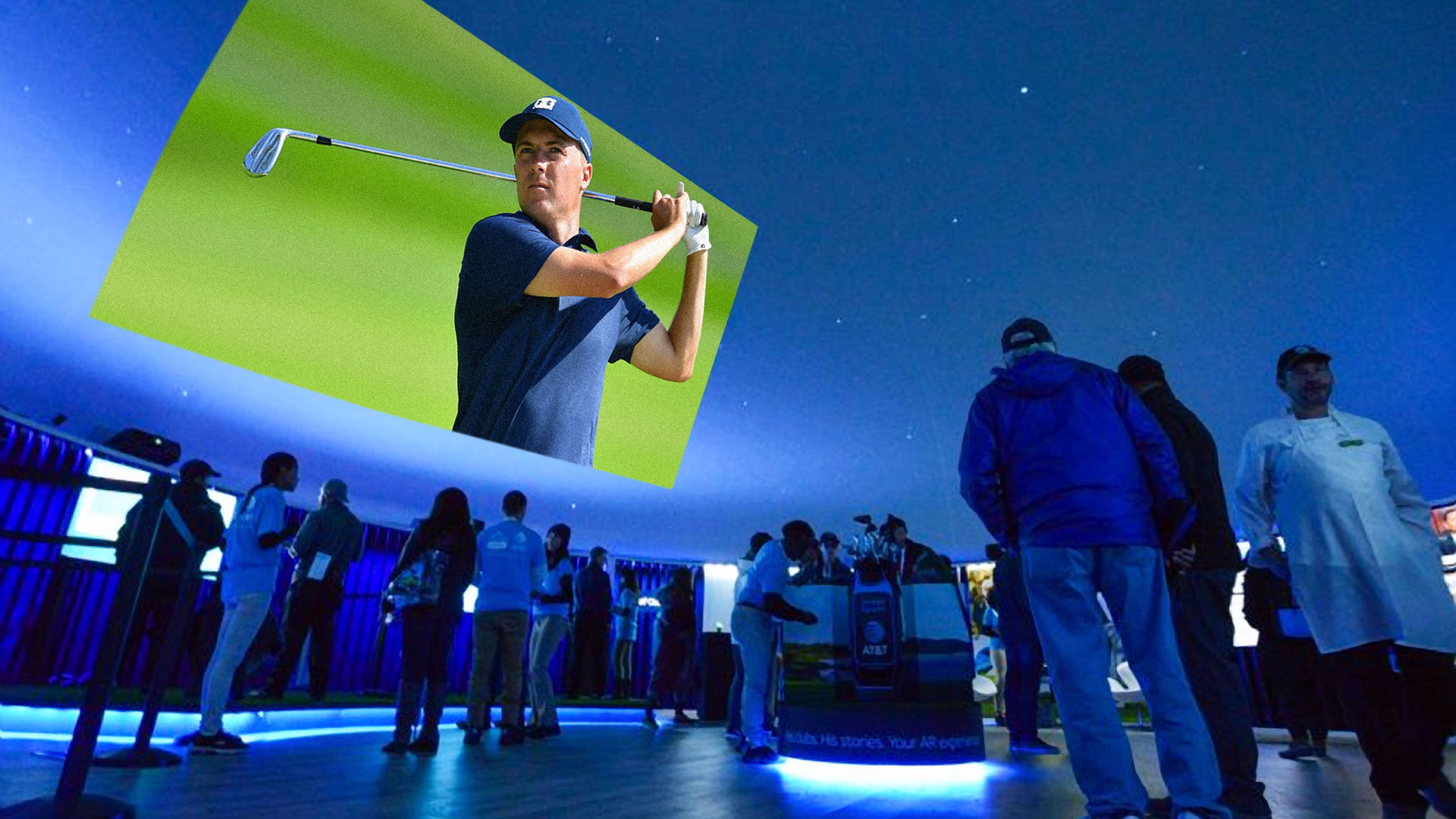 AT&T and the PGA TOUR are making it possible for golf fans to get closer to the action at the famous California course for the AT&T Pebble Beach Pro-Am this year. Groove Jones was asked to create multiple digital and interactive experiences that allowed fans to engage with a hologram version of Jordan Spieth (the 11-time winner of the PGA TOUR), giving fans the chance to interact with the star virtually as well as an interactive golf club swing experience.

The interactive fan event was held within the AT&T Fan Dome, a massive structure found between holes 6, 8, and 14. 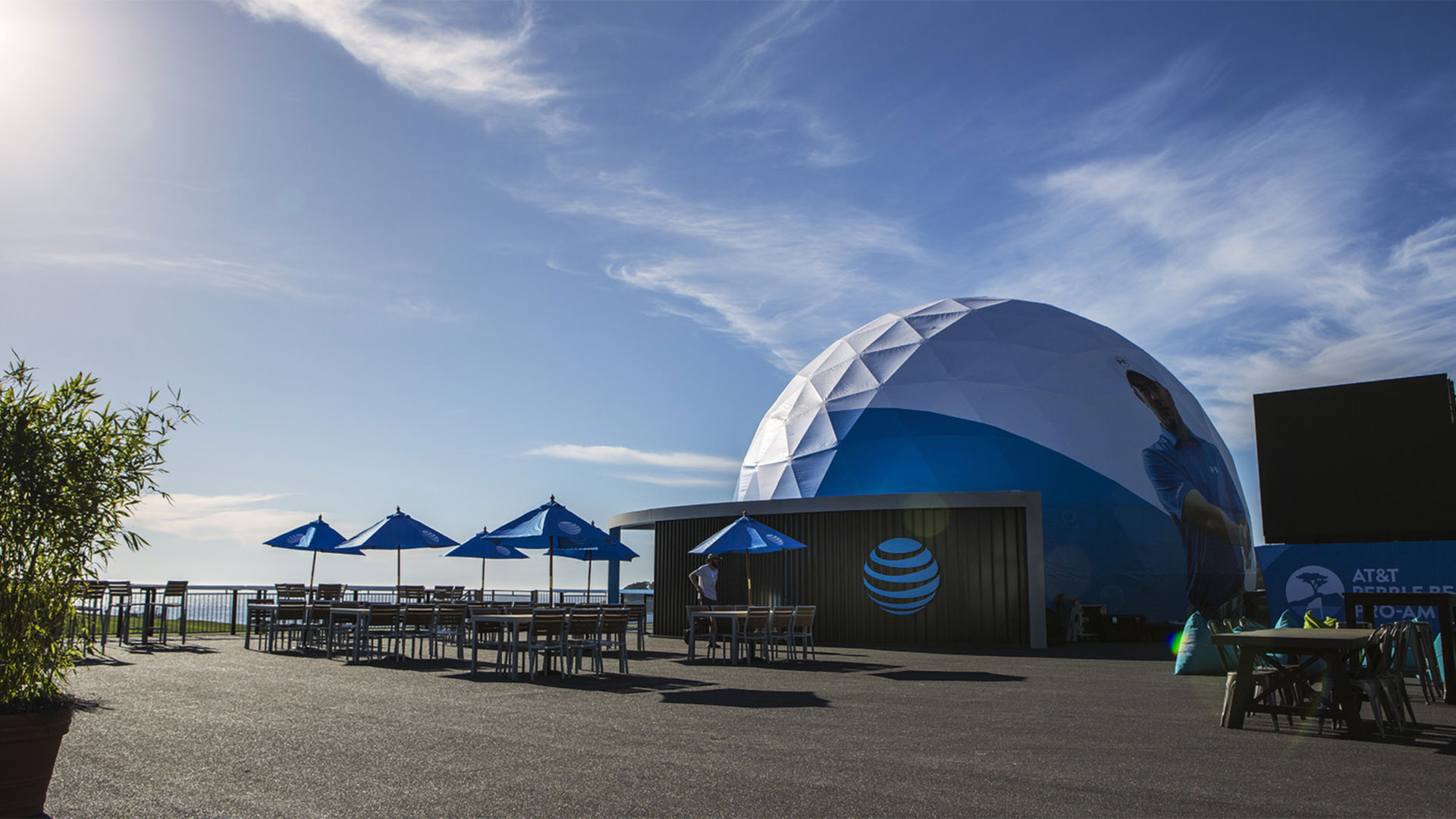 Magic Leap One Holograms of Jordan Spieth and His Clubs 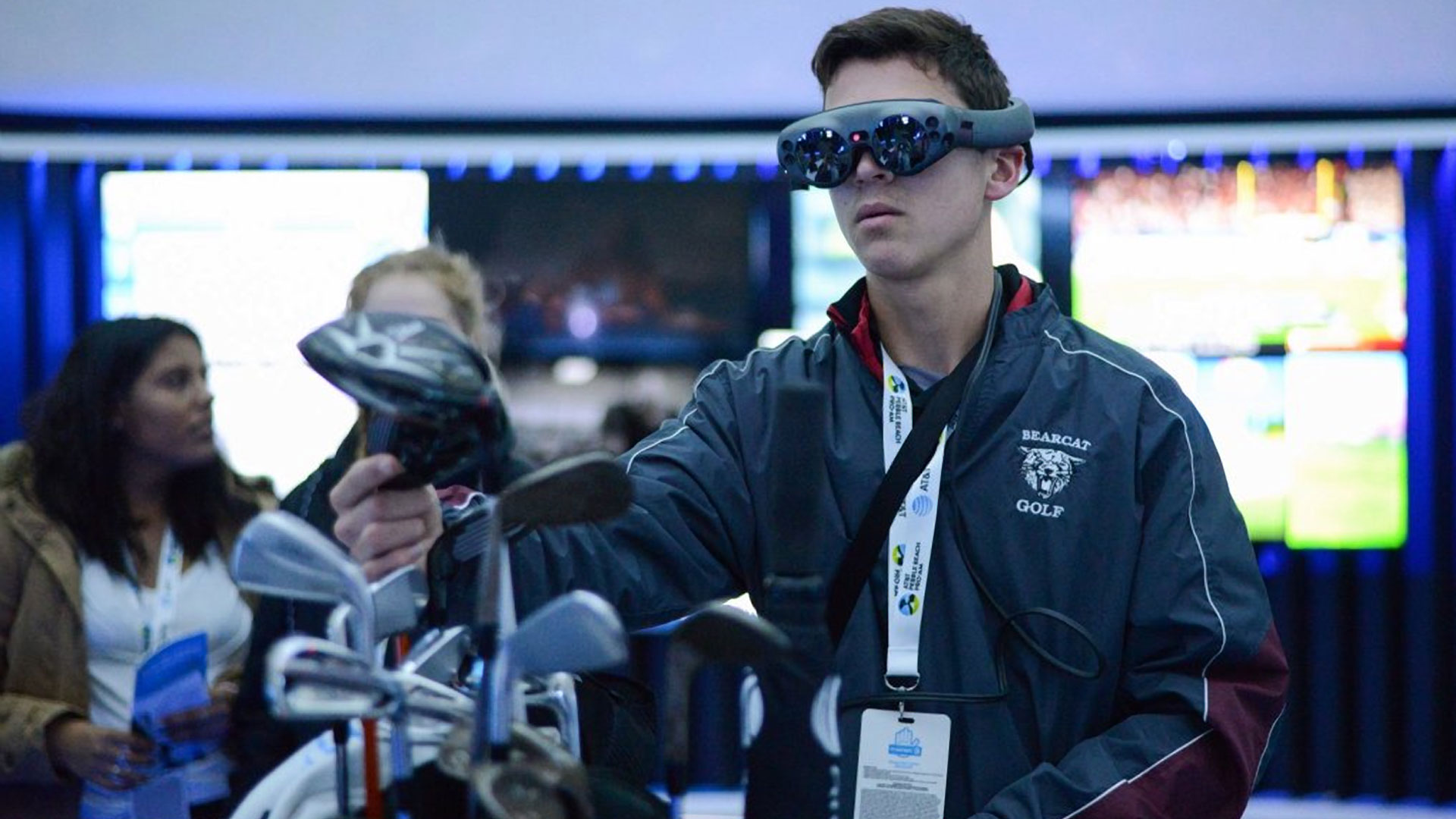 The centerpiece of the fan activation was the set of Jordan Spieth’s Titleist clubs that were used to create a Magic Leap experience.

Golf fans had the chance to put on the Magic Leap One headset to interact with the clubs and view a hologram of Jordan Spieth tell his personal stories about each club. Fans enjoyed the one on one hologram session with the pro and to hear his perspective on how he uses each club.

“When AT&T asked me if I would film some footage to make an augmented reality experience for fans, I was happy to do it,” Jordan Spieth said in a statement accompanying the announcement of the Magic Leap experience.

“This experience helps me connect with more people out there who love the game as much as I do. I also hope fans see how technology can enhance the way you engage with the world around you, in ways that are meaningful without detracting from being ‘in the moment,’” said Spieth.

“Making this gave me a chance to reflect on some of the successes I’ve had thus far in my career. I’m happy that I’ll get to share it with fans in a way that’s way more personal than just watching a video.”

The Magic Leap experience featured a Minority One interface, where participants could interact with the holograms through hand gesture controls. 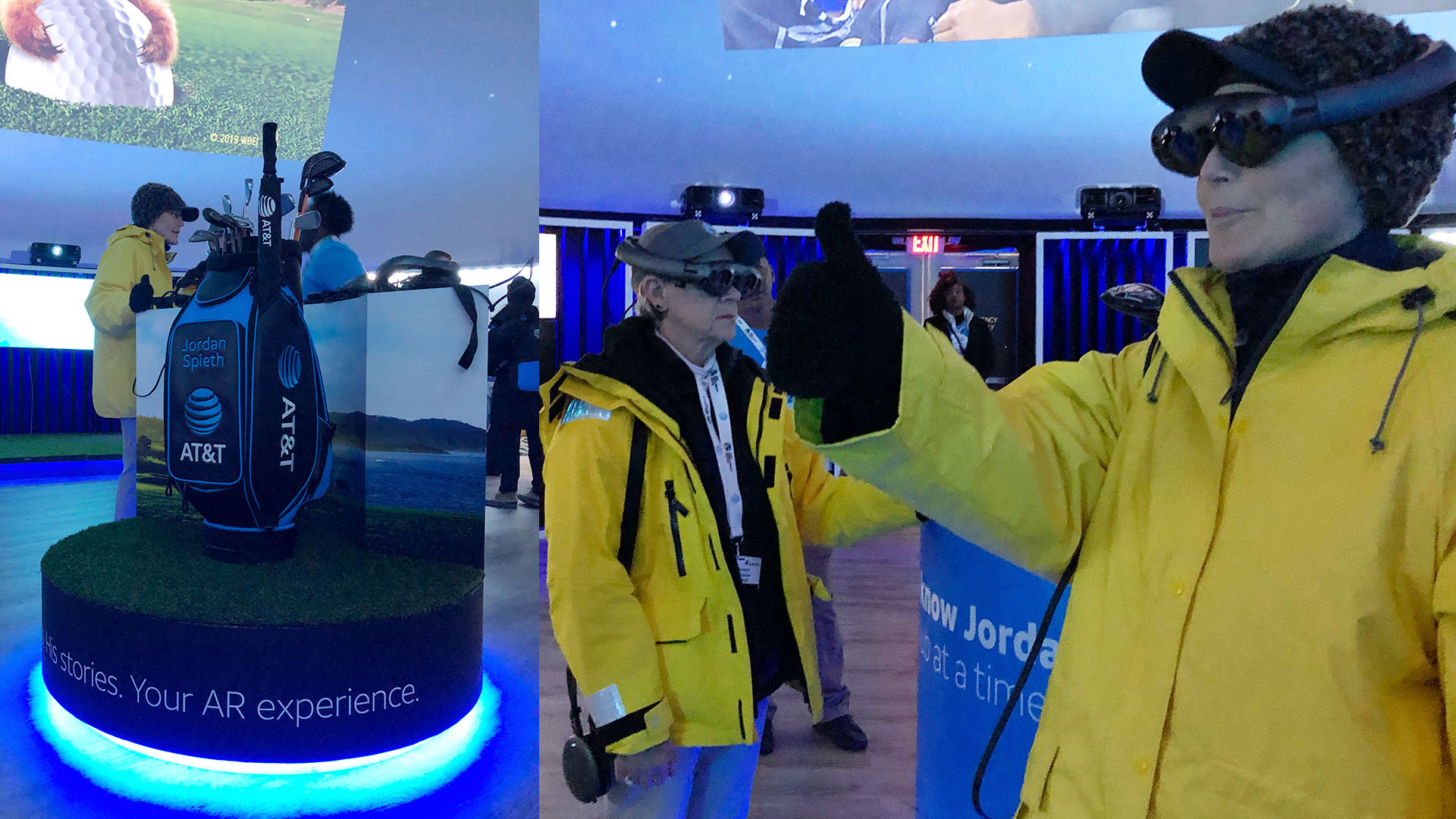 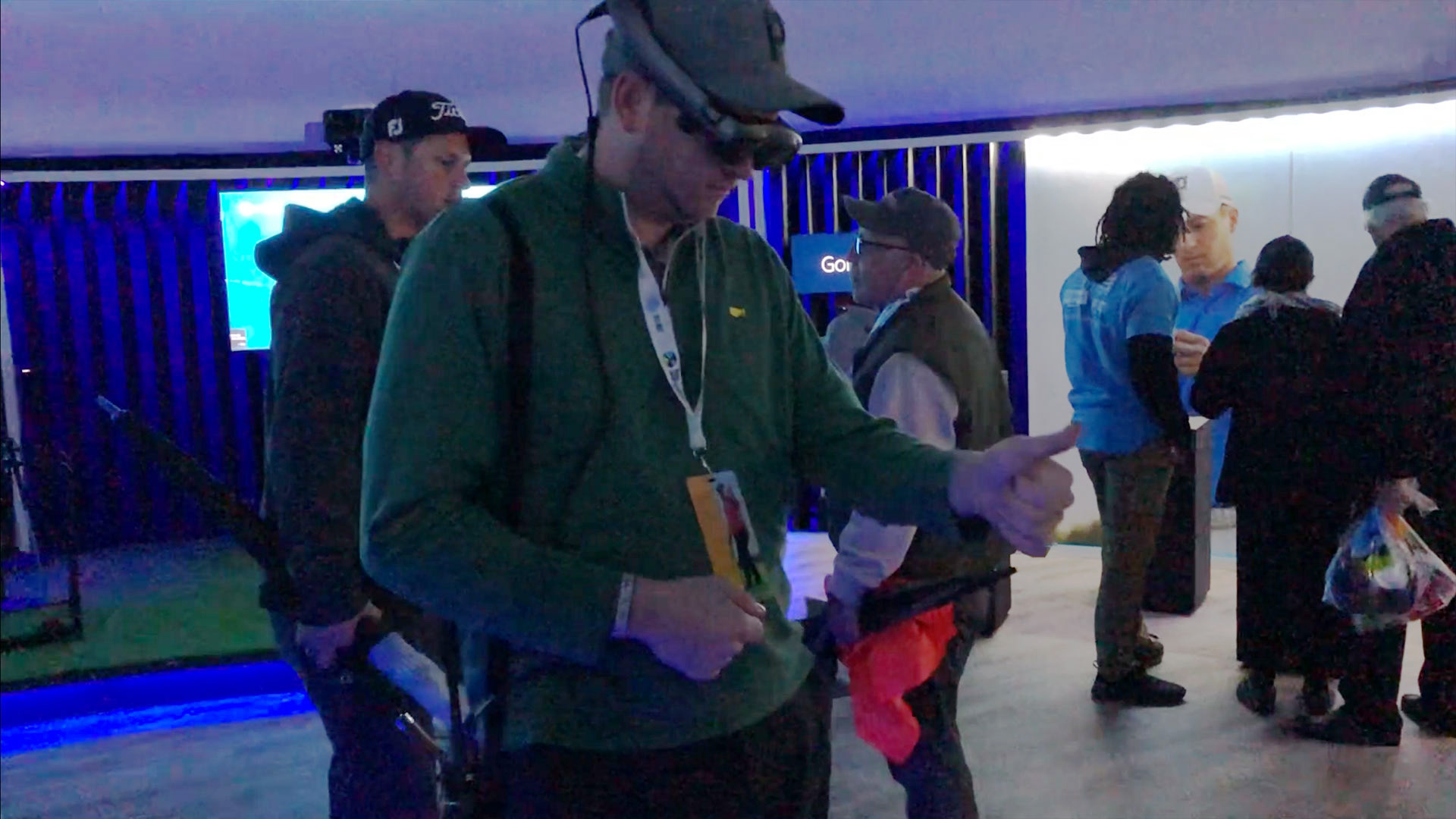 Groove Jones also created the Swing Print experience that was featured within the AT&T Fan Dome. The Swing Print stations allowed fans the chance to create their own piece of modern art through a system that monitored and tracked their golf swing. The golf clubs were outfitted with HTC Vive Trackers so we could track the velocity, speed, and angle of the player’s swing. Based on these data inputs we were able to create a dynamic, real-time visual image that is then displayed on an oversized monitor at the station. The player can then accept their image or swing again.

The images were then printed out as a takeaway. The picture was also sent to the participant via an email at the event so they can socially share. 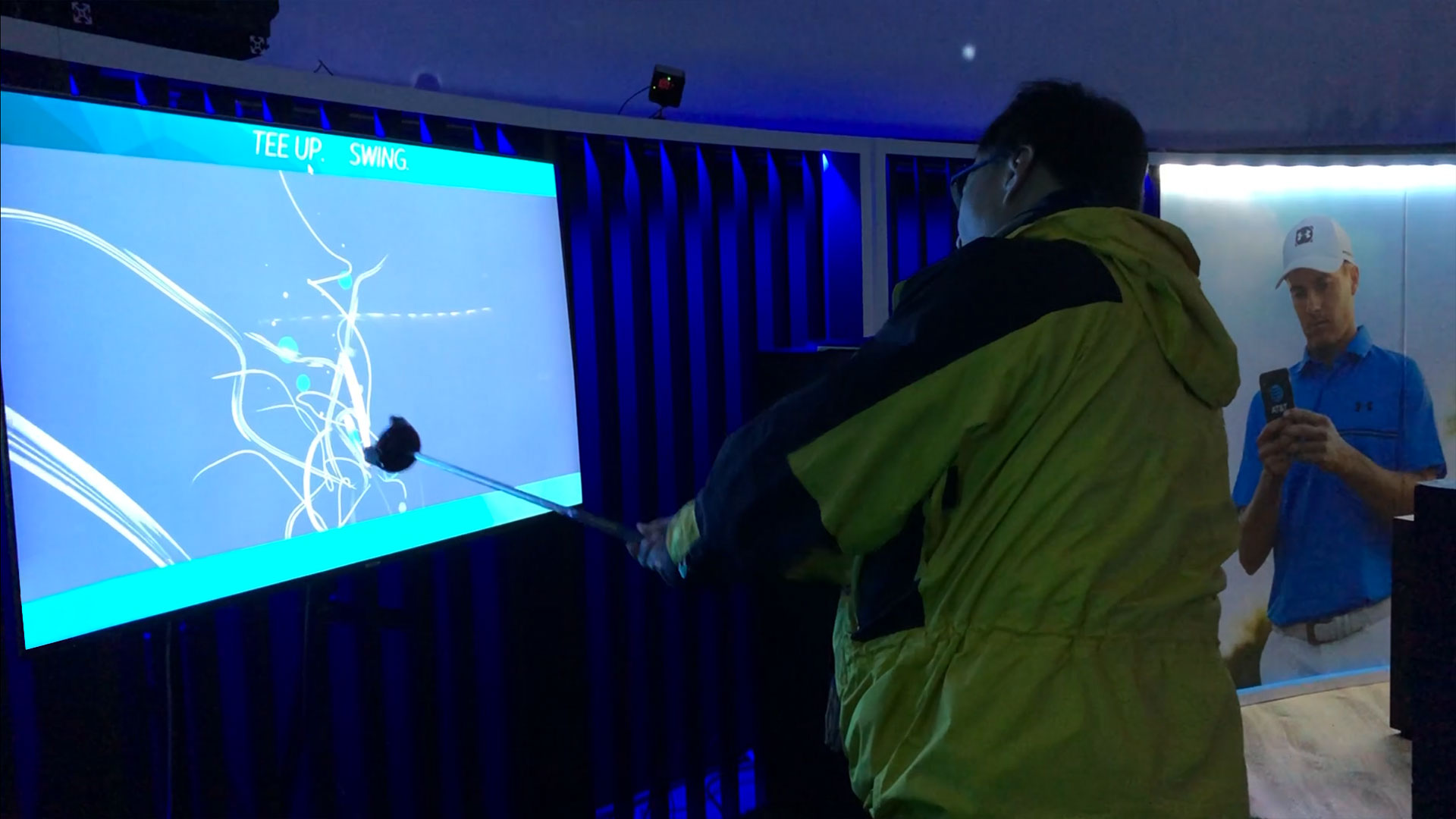 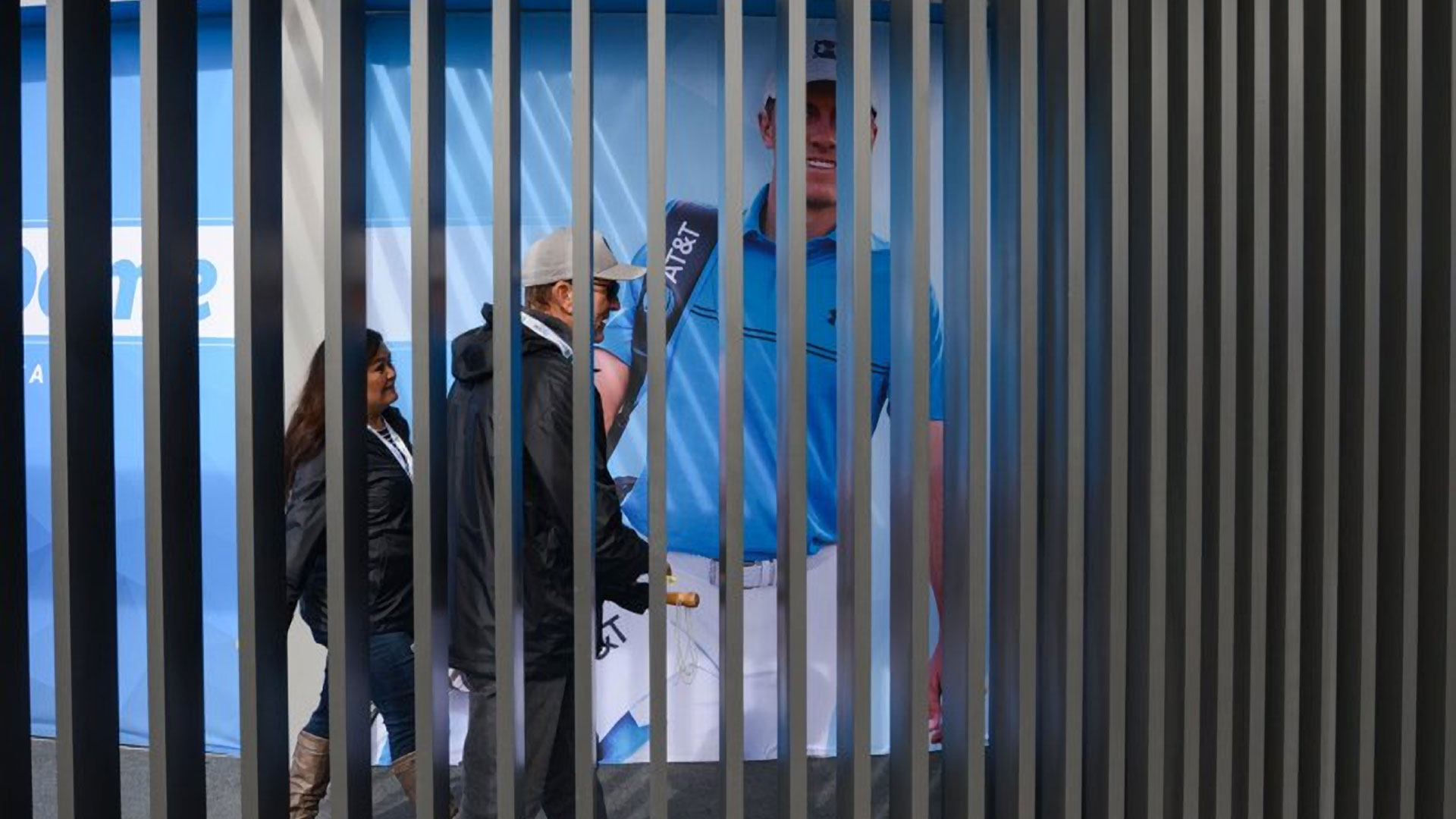 “Using the Magic Leap One headset, attendees physically touch and feel the clubs, and through a mixed-reality app in the headset they see a digital video of Jordan projected in front of them life-size, sharing his memories and experience using select clubs. It’s like getting a personal tour, from Jordan.” 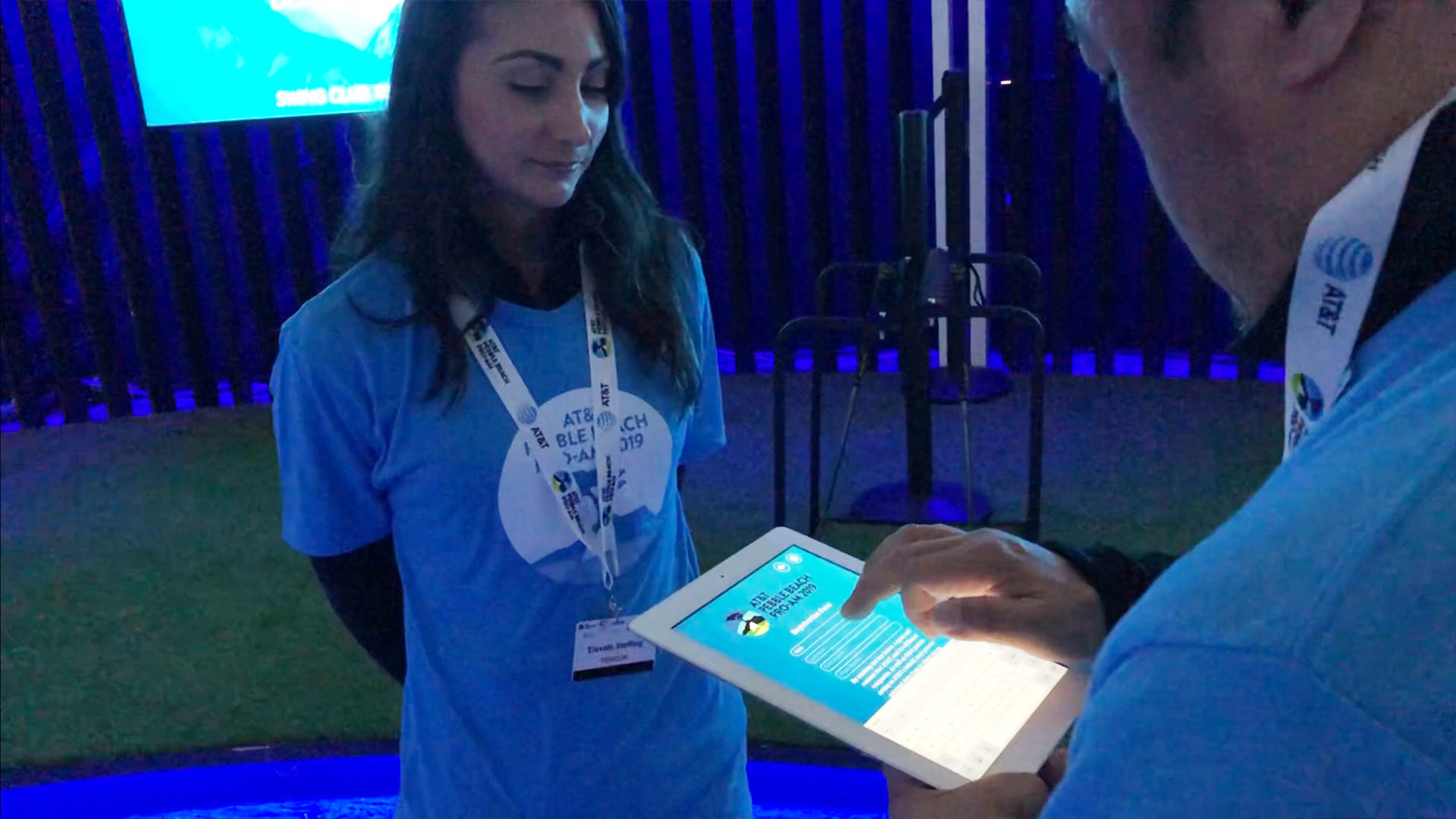 We also created a customer management system for brand ambassadors to collect participants data to email them a digital version of their Swing Print design.