The original article appeared in VR Focus on Sep 15, 2017 – https://www.vrfocus.com/2017/09/groove-jones-team-with-wet-n-wild-for-vr-mermaid-experience/

The experience was created as a 360-degree video that told a story of a night-time underwater world. Characters were created, models were hired and make-up effects were carefully crafted to create the appearance of scales and other features associated with underwater dwellers.

The models were then scanned from every angle using a sophisticated set-up of 130 DSLR cameras, using a specially set-up in a full surround array to capture every angle. The method used allowed for instant capture, so the models didn’t need to stand perfectly still for long periods of time. Between 500 and 1000 images were captures for use in the video. 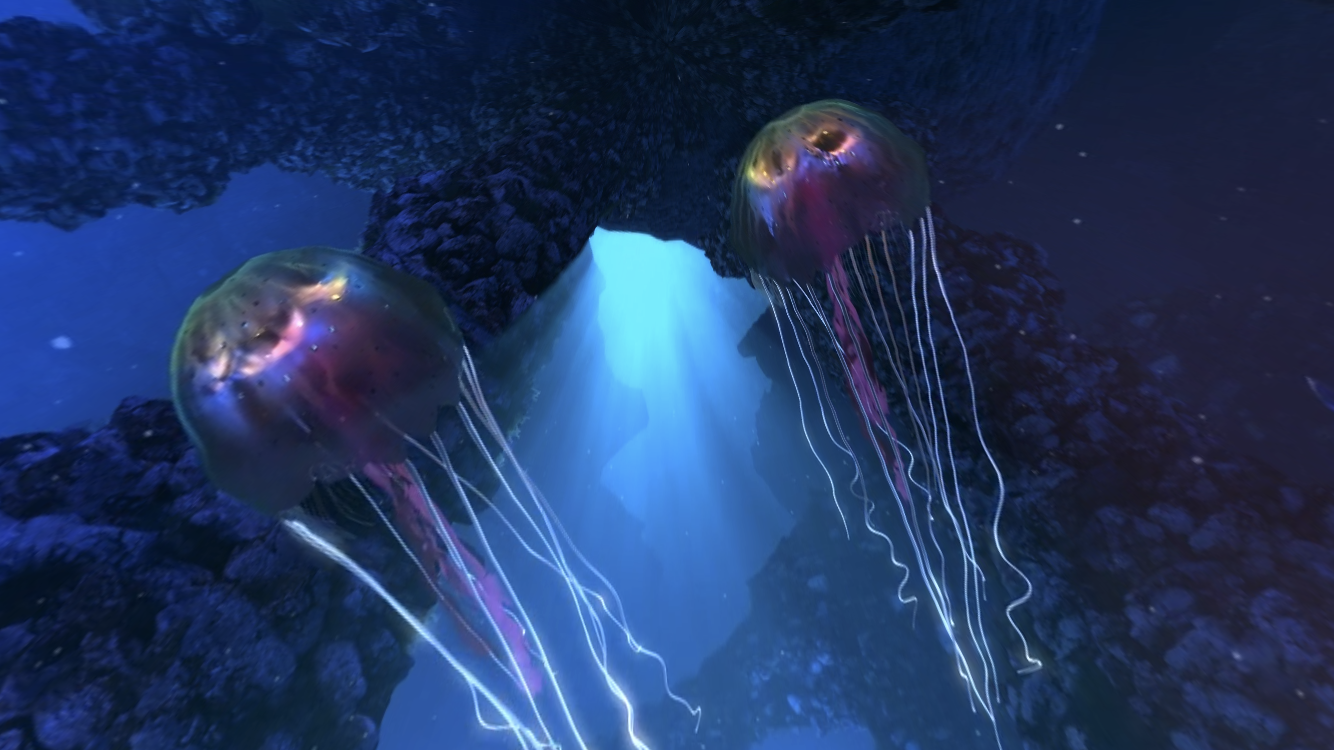 The models were suspended on a harness to simulate swimming underwater, and each shot was carefully composed so no extraneous images were captured by the 360-degree cameras. Once the footage was captured, the footage was stitched together and underwater effects were added. Then CGI sea creatures were added to combine with the live action footage.

“Our goal was to create something visually arresting, that would break through and resonate, gaining the heart and imagination of our consumer. With VR we’re able to create a closer connection with our consumer while creating an opportunity for more powerful brand recall.” said Evelyn Wang, SVP Marketing Markwins Beauty Brands Global.

You can watch a video trailer for the Wet N Wild Midnight Mermaid line VR experience below.